For India, Bilateral Relationships are the Key to Achieve Climate Goals

LONDON CALLING: Global talks on climate action can only set the goals, the real test lies in action on the ground. Ruhi Khan spoke to British companies investing in India and argues that bilateral relationships on climate action would be the key to develop and fund technologies that will assist in lower carbon emissions and a greener ecosystem. 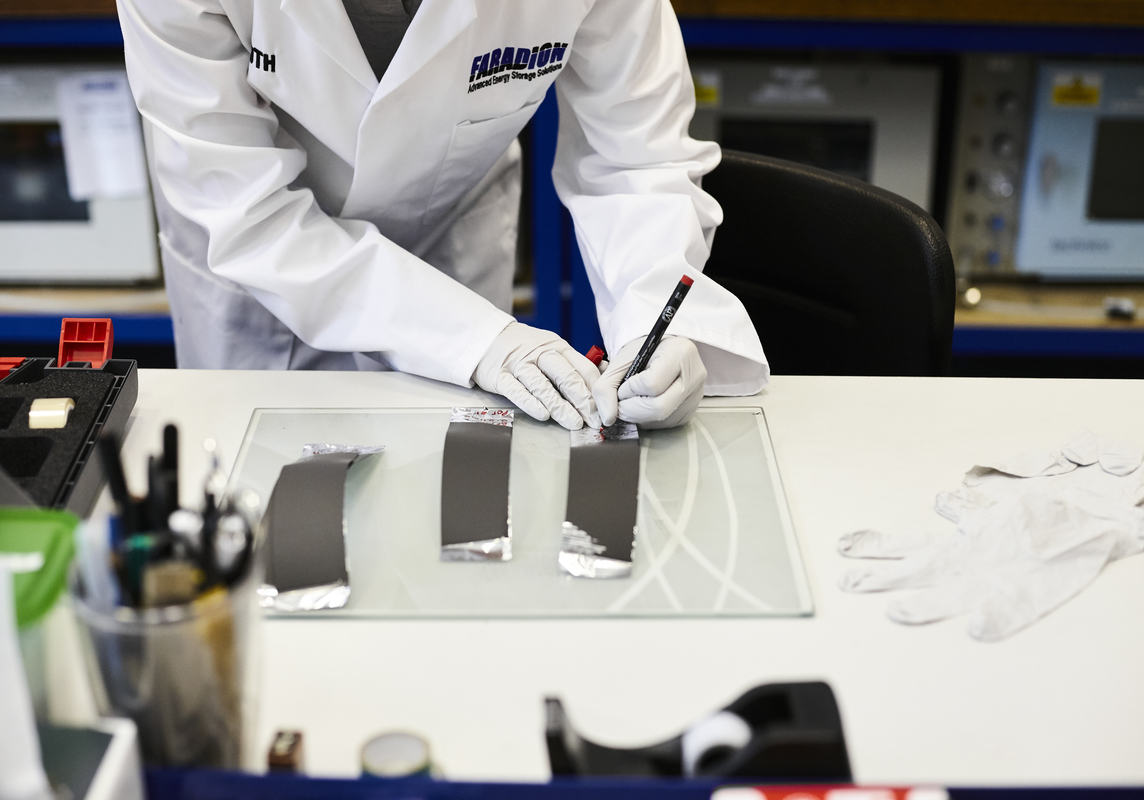 Just like the deary weather– incessant rains and freezing winds– that marked the climate summit – COP26– in the UK, only interrupted by rare moments of brilliant golden sunshine, the deliberations within the Scotland Exhibition Centre were largely focussed on the doom and gloom due to climate change but increased ambitions served as the much ray of hope that all is not lost. But the real challenge lies in how these talks can be converted into action.

Yet the journey from talk to action is one that is fraught with challenges. Finance and technical know-how being on the top of the agenda. Bilateral relationships between the developed world and the developing nations would be the much-needed solution to develop and fund the Global South and benefit both economies towards achieving climate goals.

Narendra Modi and Boris Johnson met in Glasgow during the climate conference and bilateral talks involved ways to enhance cooperation in areas such as green hydrogen, renewables and clean technology, economy and defence and ways to mitigate climate change.

India and the UK are working out their first Free Trade Agreement, which aims to double bilateral trade by 2030. Negotiations on this began this month and will involve a deliberation on tariffs, standards, Intellectual Property (IP) and data regulation in trade deals. An Interim Agreement will likely be signed by March 2022 and a final one in November next year.

This offers a huge opportunity to businesses in both countries. India’s power sector transition presents a nearly $650 billion investment opportunity across generation, storage, and grid infrastructure, according to Climate Finance Leadership Initiative (CFLI), supported by the British and Indian governments, the City of London Corporation, the Global Infrastructure Facility, and Bloomberg LP.

CFLI brings together public, private and multilateral bodies to help mobilize investment into India for green projects and includes companies like Tata Sons, Goldman Sachs, HSBC, SBI and more. CFLI’s Chair Michael Bloomberg views the collaboration between India and the UK as a “model for countries around the world to learn from.

On Wednesday, twenty-four countries and a group of leading car manufacturers committed to phase out fossil-fuel powered vehicles by 2040. India agreed to “work intensely towards accelerated proliferation” of zero-emissions vehicles. Indian motor industry leaders unveiled a plan in Glasgow for nearly two thirds of new vehicles – 70 per cent of two-wheeler market, as well as 30 per cent of cars and 15 per cent of goods lorries- to be electric by 2030.

With India pushing for electric vehicles as a green alternative to fossil fuel driven cars, Sheffield based Faradion, a leading manufacturer of sodium-ion batteries technology (a more eco-friendly alternative to the lithium-ion batteries that are a dominant technology in electric cars) is in active discussions with several companies in India to manufacture the batteries there, as India is one of their largest target markets.

Nearly two million litres of water are needed to produce one ton of lithium which can only be used for less than 100 cars.

Production of lithium-ion batteries is largely based in Chile, Australia and Congo, with China controlling much of the global supply chain.

“For India, the danger is that its EV revolution may encourage a greater dependency on Chinese supply chains. On the other hand, sodium is the sixth-most abundant element on earth.

Not only is it prevalent, it is easy to extract and no one country dominates the global value chain. Bill of materials and cell costs for this battery chemistry are 25% lower,” said James Quinn, CEO of Faradion. 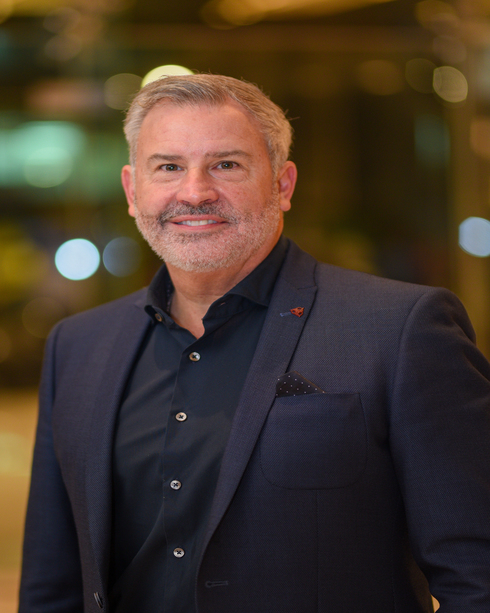 Sodium-ion batteries are relatively new compared to lithium-ion and Faradion has been working on research and development of this for over ten years in the UK.

They claim these batteries are safer for hot climates like India for electric vehicles and for large scale stationary energy storage and require less costs for storage and transport. Quinn believes that Modi’s speech at COP26 marked a clear increase in climate ambition by India and augurs well for its energy security.

“India forms a large part of our future growth in creating sodium-ion battery solutions for energy storage, electric vehicles and other applications, so we are pleased that PM is continuing to show global climate leadership,” he said.

India ranks second as a consumer and third as a producer of electricity in the world.  In June 2021, its installed power capacity was 384.11 GW and is estimated to reach 1,894.7-terawatt hour (TWh) in 2022. Increasing the share of renewable in the energy mix from 17% now to 50% in 2030 will be no easy task if the power distribution companies (discoms) are not strengthened.

Seventy percent of discoms revenues come from industrial and consumer segments but in 2020, payment arrears of discoms amounted to over £10 billion, with 20% of this being claims from renewable energy sector. A 1.25 lakh crore government loan package helped the discoms stay afloat. But unless the discoms are strengthened, meeting the COP26 targets would be a herculean task.

According to the Central Electricity Authority report (2020), the average aggregate technical and commercial losses of discoms was 21.2 percent in 2020, more than twice the world average. The losses are due to technical reasons, like the resistance of cables and equipment as electricity passes through, but also factors such as pilferage, defective meters and errors in meter reading.

India’s recently released new energy audit norms for electricity distribution companies to better measure and track their transmission and distribution losses, highlight how important it is to focus on reducing these losses.

Yorkshire based AssetCool works with state power transmission companies, that are responsible for getting electric power to the distribution network, and cable manufacturers, who make the power cables.

It produces a photonic inorganic coating which cools overhead lines. It lowers electrical resistance, which cuts power losses, reduces carbon emissions, allows more current to be carried on the line. This coating reflects over 80% of the solar radiation whilst also increasing heat dissipation.

With pilot projects in Saudi Arabia and South Africa, the company was able to achieve cooling up to 25 – 35%. “Adjusting for environmental conditions in India, this could mean Indian transmission lines could see up to 30% increased current,” said Dr Niall Coogan, Founder and CEO, AssetCool.

Would an increase in electricity, reduce India’s dependency on coal? Coogan believes that “since coal still provides around 70% of the country’s electricity, if India can reduce its reliance on coal-produced electricity through such efficiency improvements, it may form an important part of India’s strides towards meeting its climate goals.”

He estimates that “reducing the technical losses by a fifth could help India save lakhs of crores” and facilitate the integration of renewables by reducing the amount lost between generation and end use. 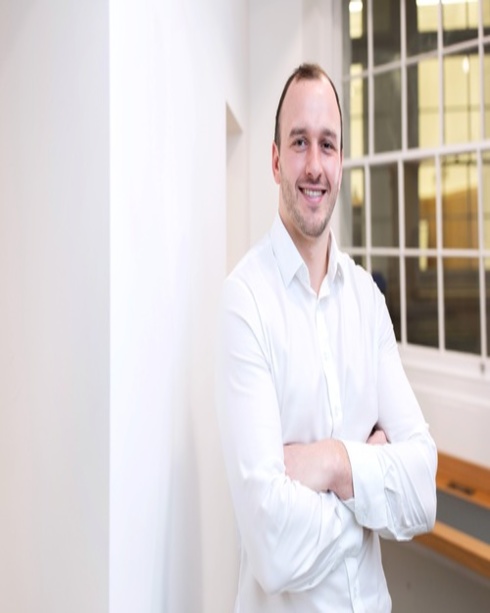 Currently AssetCool are in the process of setting up a large-scale trial in India. They are working closely with several state electricity transmission companies and leading cable manufacturers for using this technology not just for the laying of new transmission lines, but retrofitting existing ones too. “We’re excited about bringing British IP to large-scale commercial applications in India,” says Coogan.

But what policy measures can India bring in to open up spaces for more such sustainable bi-lateral projects? What can attract foreign investments into India and what policies can help them build to scale?

Global FDI flows more than double to $870 billion, 43 per cent higher than in the pre-pandemic first half of 2019 with China being a leading recipient, followed by the US and the UK in the first half of 2021 (OECD, November 2021).

Nevertheless, India is a lucrative destination to attract FDI flows as a recent Deloitte survey of business leaders in US, UK, Japan and Singapore showed India as one of the ‘most attractive destinations’ for foreign companies to invest due to its skilled workforce and access to a growing domestic market.

The 74% FDI under the automatic route that India announced last year is a welcome move, yet bureaucratic hurdles still shout red. 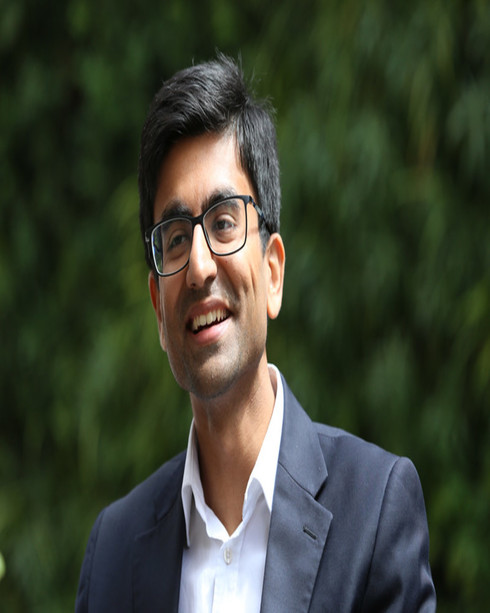 While India’s Production Linked Incentives scheme “will help to some extent”, but setting up a new manufacturing plant in India needs to be in a much shorter time duration, says Ashwin Kumaraswamy, Co-founder of Faradion.

He believes that India also need to rethink its significant import duties if it wants to build ‘gigafactories’- giant battery plants that can produce hundreds of thousands of packs to support the auto industry as it goes electric, so that “British IP can combine with India’s manufacturing capabilities to create tens of thousands of new jobs in India.” 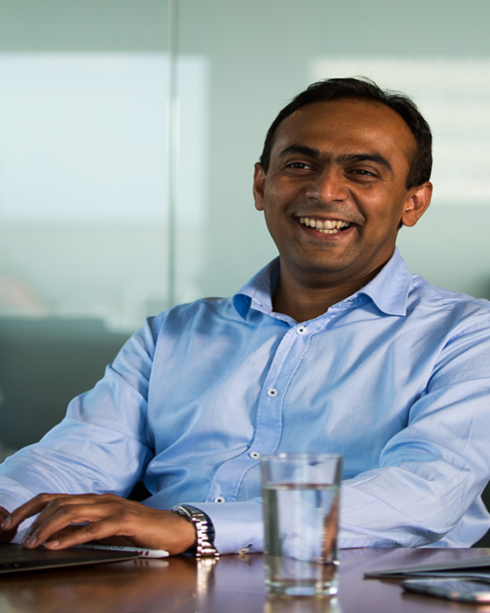 India has growing energy needs and for some years at least these needs will be met by an increase in coal consumption. This contradicts the goals of the climate summit where cutting down emissions of greenhouse gases is a priority.

But India can mitigate these concerns by introducing better and more innovative ways of reducing energy losses and substitution more eco-friendly alternatives to move towards a more greener economy. Climate activists, governments and businesses need to work together on climate action.

Dattani is concerned that activists sometimes present the solution as an ‘either-or’ between development and the environment. “A more sustainable way forward is one that protects livelihoods and nature at the same time. This can be achieved through bringing in pioneering innovation into India and helping it scale,” he says.

India’s significant investment in renewables and climate change adaptation policies through such bilateral partnerships can show a way forward and perhaps help catalyse similar actions in other economies. They key will be to create more sustainable bilateral partnerships in multiple locations across multiple sectors to build collective action for more measurable outcomes against climate change.

India’s Omicron Wave: All We Know and What We Must Do
Can a smart bra save lives?