Death in the Ganga

In May 2021, Mojo Story travelled alongside river Ganga tracking the uncounted, suspected Covid-19 dead bodies, buried along the banks of the river. The team began its 30 km voyage from Mehandi Ghat in Kannauj, to Nanamu Ghat in Kanpur. Hundreds of abandoned bodies could be seen on the riverbank in Mehandi Ghat, as the shallow graves where they had been buried were exposed. 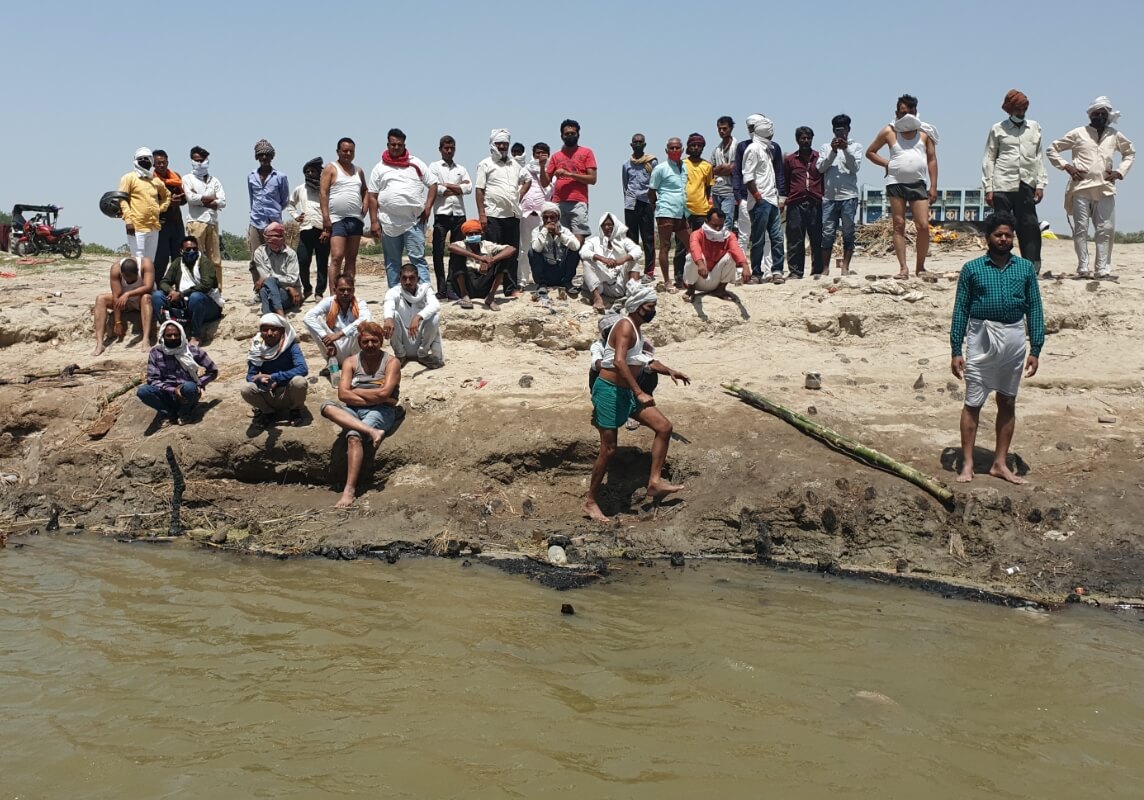 On the one hand, hundreds of shallow graves could be seen exposed alongside the river, while on the other, hundreds of bodies were still floating in the river.

Mayank bhai, responsible for making entries of burials and cremations at Mehandi Ghat stated that the number of bodies being buried and abandoned on the Ghat had swollen in the past 4-6 weeks owing to the rise in deaths due to the pandemic. Close to 150-200 bodies were being abandoned on the Ghat per day.

“There were so many bodies, my mind was impacted, so I closed my boat. I wanted to flee, to get away from all of this.”

Mayank bhai also put to rest the arguments that such burials and abandonment of dead bodies were common even before the pandemic had begun, by saying that he had not seen dead bodies in such numbers in his eight years of working at the Ghat.

The boatman taking the team from Mehandi Ghat to Nanamu Ghat seemed to agree with Mayank Bhai and added that he had to shut down operations because the sheer number of dead bodies floating around in the river was mentally very disturbing for him.

The team was welcomed at Nanamu Ghat by the sight of dead bodies being eaten and trampled upon by stray animals and cattle. The lack of dignity even in death to hundreds of people was who by Mayank bhai’s admission, would not even make it to the government statistics, was unfathomable.