For women journalists, activists, artists present in online space, the year 2022 had a disturbing start. Many started the new year finding their images on a social media app, ‘Bulli Bai’, where they were placed for auction. ‘Bulli’ is a derogatory term used to sexually objectify women–in the southern part of India, it refers to the penis, while in the northern part the term ‘Bulli Bai’ is a sexual innuendo for women house-help. 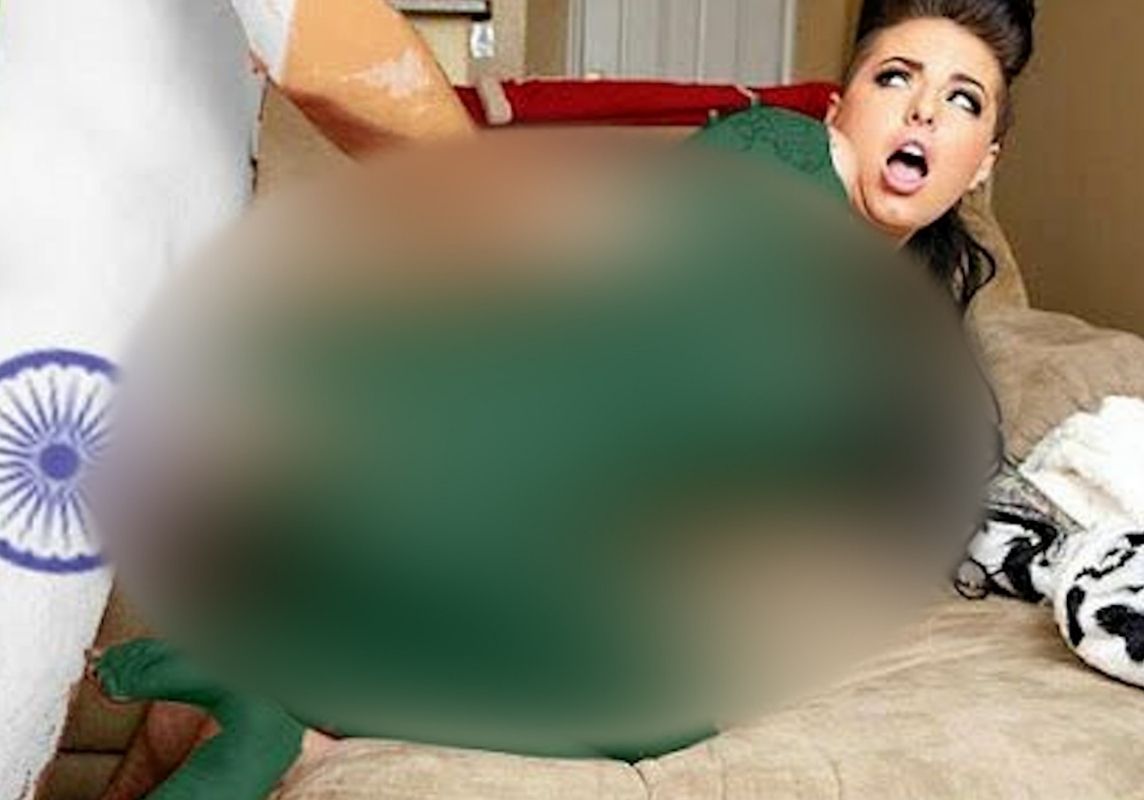 Five accused -Vishal Jha, Mayank Rawat, Shweta Singh, Niraj Bishnoi, and Aumkareshwar Thakur – have all been arrested in an investigation by Mumbai and Delhi Police. According to DCP of Intelligence Fusion and Strategic Operations (IFSO) special cell KPS Malhotra, “The accused has confessed that he knows the creators of ‘Sulli Deal’, the app where Muslim women were auctioned. He has also accepted that he has access to the user account of Sweta Singh, who has been arrested by Mumbai police,” as reported by an Indian news channel.

However, ‘Bulli’ and ‘Sulli’ deals are not isolated incidents and are part of the deep-rooted extremist agenda of using sexual violence for dehumanising minorities. Sulli Deals was the previous installment of the Bulli Bai app on GitHub and the Delhi Police had registered complaints against the culprits but the force only took substantial action last week – 6 months after the initial complaint was taken down.

Until now, the violence against women on online platforms perpetrated by right-wing extremists and bot accounts extended to rape and murder threats along with the non-consensual posting of nudes. The recent incidents, though, are a show of brazen Islamophobia and an attempt to shut down opinionated Muslim women while restricting their public life.

Almost all women targeted in this particular case are active in public life and have a decent presence on social media. Their esteemed status possibly helped the issue get the attention it needed with public pressure leading to action. But, there is a pattern in the right-wing ecosystem that feeds on sexualising, fetishing and harassing Muslim women.

This reporter got a chance to briefly interact with right-wing extremists, who happened to be group admins of WhatsApp groups that promoted Islamophobic and pornographic content, primarily degrading and objectifying women from one particular community. 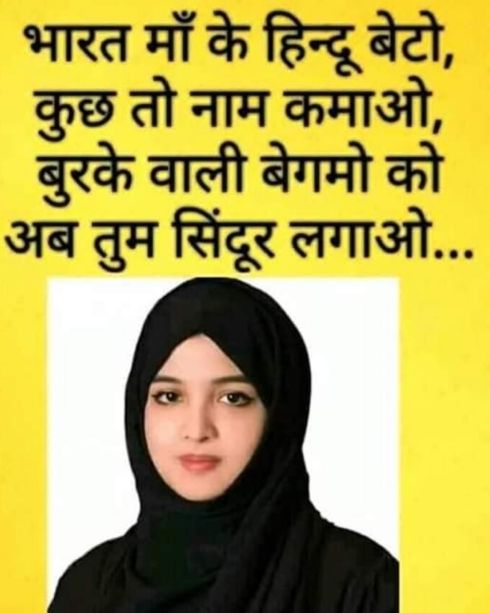 In 2019, before the festival of Holi, surf-excel released an advertisement based on the theme of Hindu-Muslim unity. That one-minute commercial featured a young Hindu girl, dressed in a white t-shirt, taking the colors thrown at her young Muslim friend in order to protect his clothes from getting stained. The young girl then drops him at the nearby mosque and reminds him that once he is back from offering Namaz, he would be soaked in colours too.

The advertisement intended to promote communal harmony was moulded into a ‘Love Jihad’ narrative by the far-right who concluded that it featured a Muslim boy courting a Hindu girl. Within hours, #BoycottSurfExcel began trending. 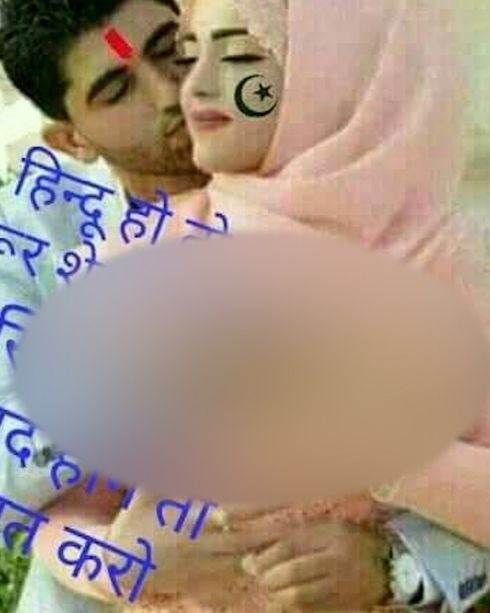 Meanwhile, I observed as WhatsApp groups that were created before the 2015 Bihar Assembly elections, got flooded with pornographic content targeting Muslim women. It often also had content targeting prominent journalists critical of the establishments. The images shared were reflective of aggressive Hindutva politics intertwined with male masculinity and sexual anxieties.

If I may explain the images correctly: A poster with a burqa-clad woman has a message on the top, “Bharat Maa Ke Hindu Beton, Kuch Toh Kaam Kamao, Burque wali begamo ko tum sindur lagao,” which loosely translates, “Hindu sons of India, Do something recognizable. Marry Muslim Women.”

A poster had a Hindu man with a saffron tilak and a burqa-clad woman by her side, which clearly indicated the role-reversal as opposed to the surf-excel advertisement, positioning the masculine power with the Hindu man.

Another picture again has a Hindu man adorning a saffron tilak with his hands over the breasts of a woman that has an Islamic semblance over her cheeks. All other pictures had one similarity – imposing, overpowering and aggression targetted towards Muslim women. In some cases, Muslim women were replaced by ‘Kashmiri Women’ and ‘Pakistani women’ conveniently.

Sanjay Kumar, admin of one such group ‘Man ki Baat’ at first refused to acknowledge that there was anything problematic with these images. “I had received these images from a local Rashtriya Swayamsevak (RSS) group and I don’t know where it came from,” he said to me then. 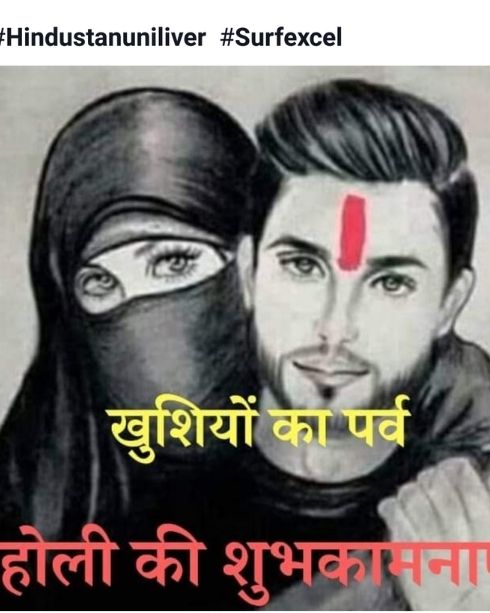 A member from another group titled ‘Namo Again’ when asked if he had received these images from the BJP IT cell categorically denied it but said something astounding, “Earlier we used to get these (poronographic) contents through various Whatsapp groups but now it’s easier to create such content. If anyone (hinting towards Muslims) tries to defame India or our (Hindu) girls, we don’t have to wait for content, instead, we use various applications like Picsart to create content.”

The members in these groups were associated with the BJP, RSS, Bajrang Dal and other local right-wing units.

Almost two years after the surf-excel advertisement controversy, I have observed that a dehumanised threat to Hindus is clubbed with communalised misogyny. Having followed the media content of right-wing groups, I have seen how Muslim women are sexualised as an example for the whole community.

In 2020, while on a reporting assignment in Kota, Rajasthan, I had a chance to meet a few members of a local Hindu Sena who claimed, “Muslim men were receiving funds from Islamic (they meant middle-east) countries for maintaining a luxurious lifestyle to woo Hindu girls and marry them.”

Hence, the organization, as they claimed, was working on two fronts – keeping a strict vigil on the cases of Love Jihad and non-cooperation with Muslim businesses by restricting any economic or transactional relationship with Muslims. They also cited Uttar Pradesh Chief Minister Yogi Adityanath’s speech from 2007, “We have decided that if they (pointing towards Muslims) take one Hindu girl, we’ll take a hundred of theirs. If they kill one Hindu, then we’ll kill a hundred of them.”

‘Bulli Bai’ may have invoked passionate reactions and while action has been initiated against the perpetrators, various rights groups and activists continue to time and again voice their concerns against the organised hate campaign of the far right.

Worried about the hate campaign against minorities, a group of students and faculty members from the Indian Institutes of Management (IIM) in Bengaluru and Ahmedabad wrote a letter to Prime Minister Narendra Modi, saying his
silence ‘emboldens’ voices of hate. “Your silence, Honourable Prime Minister, emboldens the hate-filled voices and threatens the unity and integrity of our country,” said the letter. 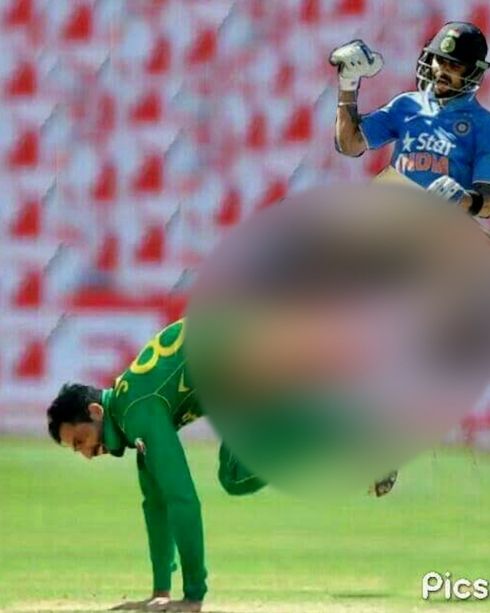 For Quratulain Rehbar, a Kashmir based independent journalist, the ‘Bulli Bai’ episode has been an intersectional struggle where she is supposed to deal with three identities – a woman, a Muslim woman and a Kashmiri Muslim woman.

“As journalists with social media profiles, it is not feasible to escape from online spaces. Plus, as a Kashmiri Journalist that too a woman, we are already subject to intimidation and harassment from local authorities, incidents like Bulli Bai act as double assault, it adds to our worries and mental agony,” Quratulain said to MoJo Story.

“Whenever I see any news coming in around this issue it triggers me now. Since I have been following the news, any statement from the perpetrators is disgusting. Statements like he (accused) would literally get annoyed by women journalist work is pathetic,” she added.

Rehbar also remembers the hate campaigns post the abrogation of Article 370. The right-wing extremists had then cheered claiming that they would now be able to marry Kashmiri women. “I am not very sure if some woke and liberal Indians present on online platforms actually respect Muslim women and are very much concerned about the dignity and safety of women. Had this been the case, the larger Indian society would not have shut their eyes over women rights in Kashmir.”

Cyberbullying, harassment, blackmailing, stalking etc are larger than life issues that cause a lot of stress to women, their families and friends. A women journalist willing to be anonymous said, “I realised that if I continue to make statements on this particular incident on social media, I am afraid my family might ask me to drop this career and try something else. As Muslims, we aren’t able to look at it as a lone incident. For a community that is already feeling othered, such ‘auctioning’ are gross reminders of horrific communal attacks that include physical violence against women to rapes.”

My Nephew Plays Cricket For New Zealand. This Is Who I Support When India Plays Them
“Want to Pass My Skills to the Youth of the Valley”