Becoming Friends With Grief: How I Cope With the Loss of My Father

Losing someone has many spheres, the first being ‘how’ you lost them. Because our family’s loss was such a public one, we still hardly have to deal with insensitivity. Most people know about the incident as the media has made it so easy to know faces and people. We barely and luckily haven’t had to deal with explaining much. But loss involves explanation for so many, and sometimes explaining intensifies the process of acceptance and grief. 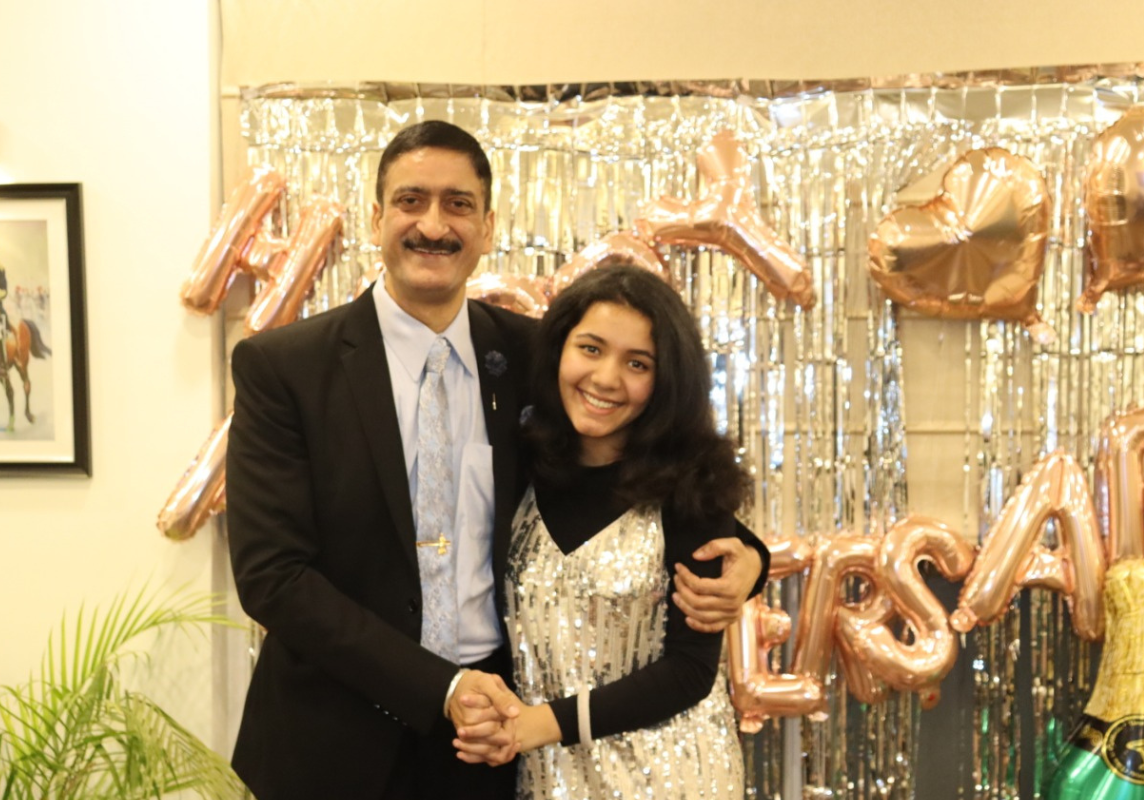 I lost my father on 8th December of 2021 in the CDS chopper crash which was also the day of my Business Studies class 12th Board Examination. I vividly remember the last thing he said to me — “Wake up, Aashna,” he said. I responded with a blurry-eyed, blue-faced, “Papa, five minutes more, please.” To which he said, “Ok, wake up, I am going now.”

It seemed so frivolous when he did, seemed so usual, and it may have been frivolous and usual to him too, but now that he’s gone, my mind has trained and turned itself to think that a lot of what he said had meaning beyond what I thought in the past or at that moment — It signifies and personifies in every way how I woke up that day and never slept since. Woke up when it came to maturity, responsibility, emotion, grief, all of it. I truly woke up.

So since then, I’ve heard so much. A lot of things I thought I would be hearing much later in my life, a lot of things heavier to assimilate for a then 16 and now 17-year-old. But it’s almost going to be 8 months since 8 December, and I often like to believe that I, too, have my own take on grief and loss; I have learnt that there is so much more to it beyond “This too shall pass” or “The good die young because even god wants them” or “They’re watching”. All of this might be true, and all of it might be a huge gamble, but there is a world of wisdom and coping beyond such pacifications too.

Losing someone has many spheres, the first being ‘how’ you lost them. Because our family’s loss was such a public one, we still hardly have to deal with insensitivity. Most people know about the incident as the media has made it so easy to know faces and people. We barely and luckily haven’t had to deal with explaining much. But loss involves explanation for so many, and sometimes explaining intensifies the process of acceptance and grief.

Explaining how you lost them, clarifying that they’re gone, saying it all with a brave face, not to make the other person uncomfortable. All of it, too, is a process. But the least we can do, as people who have been through loss, is ‘trust the process.’ So how you lost them is instrumental in your process of coping. Sometimes the largest part of your sadness is the shock with regard to their death.

The second sphere of grief is age. Dealing with loss is different for different people, but it varies much more with age too. The first month after losing my father, a constant thought in my head was, ‘I wish I had more than 17 years with him’ or ‘I wish he would have seen me go to work’, and slowly my time dimensions and expectations dropped down to even ‘I wish he just saw me get done with 12th, or just saw me off to college.’ Almost anything would work for me.

Sometimes when I see my mom single-handedly fill my college applications, I beg that my dad was here. At the same time, I think that maybe if I were 22 or 23, I would be more settled, and there could be fewer issues and hurdles to be jumped over alone for both my mom and me. But in hindsight, I feel the whole point of milestones is that they come every mile, and life is full of miles. So even if I were older, even if there were a few more miles my dad travelled with me, I would still have a journey of long miles alone. And maybe losing him young is his way of preparing me for that journey.

The teenage mind copes with the loss by making its own mechanisms. Suddenly you realise you have started noticing sadness in a lot of people’s lives, too, and you start connecting somehow with more people who have been through similar fates. This way, you choose to be happy by seeing similar fates flourish, thinking you too have good things coming.

The comparison obviously is the key to your sorrow. If I sit here and compare my father’s coursemate’s children’s lives to mine, I may be unhappy, I will be morose. But if I compare the happiness I got in seventeen years, and the angels left behind for me to anyone else, I will choose my mood. There are so many different things which you feel you have lost out on, but once you start counting, there is no end to the list. The only way is to stop counting them.

Loss is very interesting. Grief, too, is like that one very mysterious kid in class. Once you actually talk to that kid, you get to know how much he has in him and how interesting he is. So I talk to grief, and I learn bountifully from him. When you cry and mourn someone, it’s not indifferent every day. It isn’t routine. Every time I cry, I cry for a different type of loss with the same person. One day I cry, thinking I would have been in a different place, different house, different city by now. One day I cry thinking I could have danced with him on my seventeenth birthday. One day I cry because I miss hugging him, and another day, I might just cry at the thought of the very emotion of him gone. But as one cries, we do not realise that each day we mourn, we actually mourn our loss.

Finally, loss and grief end with hope and love. Both of which should be immortal in you. You hope that there are things lined up for you, things that will fill you with joy and make you feel like all the tears you shed had some compensation. You love that you had love, love with the person you lost. A love and relationship which only you shared with him or her. So grief ends with remembering love. Living in love and thriving in it too. Your grief is your friend. You need to trust it, you need to grow with it, you need to talk to it, open up to it and stay in touch with it too.