“Let them Wear their Saffron Shawls; My Hijab is My Right”

For a month, female students at the Women’s Government Pre-University (PU) College in Udupi have been denied entry into classrooms for wearing a hijab. While the students have been regular at school, they have been made to sit out of their classes. 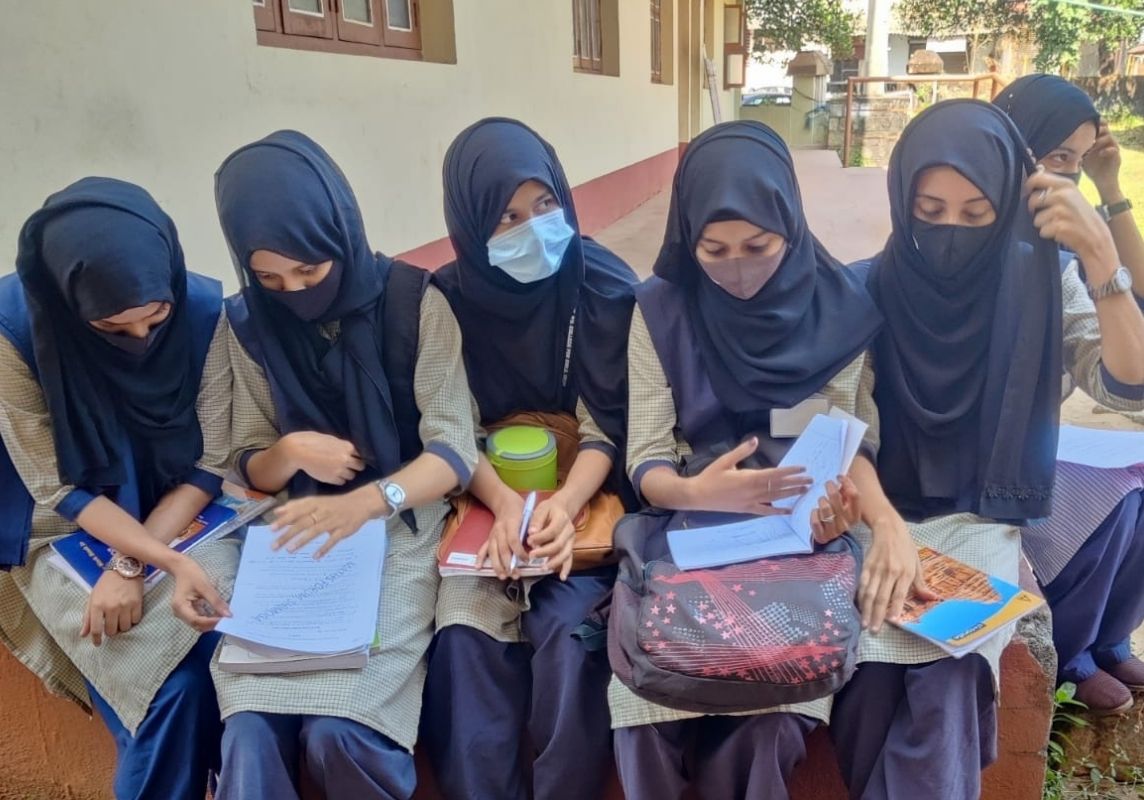 The students and their parents had a meeting with Principal Rudra Gowda on January 20th which yielded no result. After the meeting, the college authorities announced that classes would be called off till January 26th stating Covid as the reason for the shutdown.

Maya, one of the students affected and whose name we have changed to maintain anonymity, tells Mojo Story that she feels “mentally ghosted.” In her final year and with Board exams less than a month away, Maya says she “has been threatened with a reduction in marks with the management, not at all bothered about their studies.”

The ongoing conflict first started towards the end of December with Maya telling us she didn’t expect matters to be dragged on for so long. Her friends and she believed that they could convince the administration at first and explain to them what is the significance of the headscarf they adorn. The students were willing to compromise and even asked the authorities if they could wear a different colour of cloth to cover their heads, which is all that they wanted to do.

“We are not asking for much, this is a part of our identity. It’s not passion, it’s emotional to us,” Maya says. She says that the group of protesting students have been completely isolated from the rest of their friends and have been ill-treated. “We can’t speak to our friends or else the professors will scold them. When I ask for notes [from the classes I missed], they aren’t sending it to us.”

Maya says that after having two years of online schooling, she had hoped to get her education back on track but she hasn’t been able to. Between schools starting and another lockdown, Maya was forced to take her hijab out with college authorities citing terms & conditions signed by her parents.

However, she says that the document does not mention anything about headscarves – only about full uniform and arriving in school by 9:15 am. The students asked their parents to meet with the principal several times to resolve the issue, but none came. It was after this that they were forced out of their classes.

When the students sat in the class, their professor asked them to leave. Maya and her friends tried to convince the teacher to let them participate but to no avail. To make up for the lost time, the protesting girls study together while they wait to be let in.

The parents have played an important role in Maya’s persistent stand for her rights, “They tell me, you haven’t committed a crime. You are fighting for your constitutional rights.” There is deep religious discrimination within this government pre-college, Maya tells Mojo Story.

Students are prevented from speaking in Urdu and barred from using greetings like “Salaam” as is common amongst Muslims.

The Karnataka Education Minister BS Nagesh had earlier called this entire debacle political, questioning whether educational institutions have turned into religious centres. But, Center Front of India member Zamzam Kapthi questions the minister, “Not to point out but kids from other religions wear Bindii etc which is their religious attire. Similarly, these girls are requesting to be allowed to wear a Hijab to school based on their religion.”

Maya says that this was never supposed to be communal, it’s made to seem that by the political leaders. The college committee told the protesting students that if they are allowed to wear a hijab, then other students would come in wearing a saffron shawl.

“It doesn’t matter to us. That is their constitutional right – to wear what they want, that’s their choice. I just want to wear my hijab because that’s my choice,” she contends.