My Naval Officer Husband Has Been Missing Since Late September

This was a Naval expedition to Mount Trishul; organised by the Navy as part of Vijay Varsha to commemorate 50 years of 1971 war and this was part of a Western Naval Command event. All the members first gathered in Mumbai. But Shashank, since he was posted in Delhi, did not move to Mumbai for any training. He was training by himself here. Rest of the team joined in Delhi on September 3rd, and looked after the logistics, which falls under the purview of the adventure wing of the Navy. They were also part of this arrangement.

On September 12, the team left Delhi and on 13th was the last day of contact through Whatsapp or any phone call with my husband Shashank.

On September 22, I received a call from a SAT phone. A 2 minute call from Shashank, just to say that he is fine. After that I have not received any calls from him. The head of this unit called me at 12.30pm on October 1st to tell me that there was an avalanche and 6 were missing. 5 navy personnel and one porter. Shashank is one of them.

The SAR (Search and Rescue) was halted on October 16. A storm was predicted in the weather forecast and it was to last for 3-4 days. By the 20th, the weather started becoming fine. We could only see it on Google. That’s the only place where we could find a weather report. After that, I have been trying to make calls to the Navy. I have to be honest, I have not received much support from the Navy as well.

After the 16th, I made a lot of calls to the unit. I have typed letters, and approached the Defence Ministry, the PMO. I have also registered a complaint with the PM Grievance Cell. But not much has been done. I have received calls only to my disappointment. Apart from that, they have been saying that we will not be able to continue as of now. We can only continue when the season opens up. And if I understand correctly, this means only when the winter season is over.

Shashank got commissioned into the Navy in December 2013. He has been part of various Naval expeditions. He did his basic and advanced mountaineering course, and all the expeditions that he has been part of are through the Navy itself. He has done Mt. Kun, Mt. Mukut, and Mt. Everest in 2017. For Everest he also got a gallantry medal, the Nao Sena Medal on Jan 26, 2018.

Shashank is just 30 right now. He had his birthday in August. He celebrated it and went for the expedition.

Anybody can relate to this, he was the only child so you can understand what his parents must be going through. I have known Shashank for a very long time now. I know how brave he is, how skilled he is when it comes to mountaineering. He was the first one in the naval expedition to summit Everest; even from the team he was the first one.

I have seen this too, ever since I got married to a Navy official. Many examples that justify this statement.

It has been a very difficult month. I never expected that something like this would happen, even when he went for the Naval expedition. Many had told him at the time that now that he has gotten married, he can stay. He scaled Everest, he has done a lot already. He can stay home. 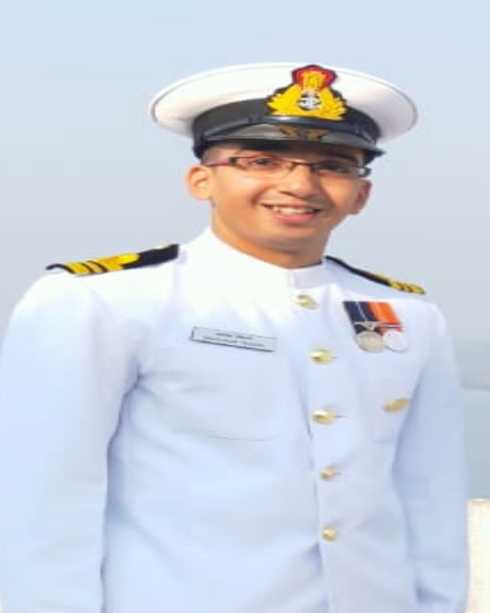 But he said that it’s a naval expedition, it’s for the Navy. And he wanted to do it.

If a man who said this is now left behind, I don’t think it will justify the kind of legacy we leave behind for our future generations.

I am definitely not giving up. There were many instances when I thought like this, that I might not be able to go beyond this. Faced many such instances in the past month. I wanted to stop myself. But I am still sitting here in front of you. And I am not giving up on my husband, that is for sure.

The only thing I am expecting, and I want should happen, is that my husband should come back home. My husband left this home, he should be back here.

Kashmir. In October 2021, The 1990 rerun
Meet the First Indian Woman Athlete To Win A Gold in Kettlebell World Championships