My son was a soldier. I have been looking for his body for 72 days

This article has been edited, as Capt. Jayant Joshi’s father Harish Joshi, personally informed the Mojo Story that his son’s body was finally found on Sunday afternoon, October 17. He said, “I thank the Navy for their efforts and dedication and commitment.”, before adding emotionally, that “no soldier should be left behind this way”.

I’m the father of Captain Jayant Joshi, co-pilot of the Army Aviation helicopter that crashed in Ranjit Sagar lake reservoir near Pathankot. The news of the crash reached me on August 3. I received a call from someone at around 3 PM that day who asked me to switch on my TV and watch the news. As soon as I switched on my TV, I saw the news of a chopper crash. Name of the pilot, Captain Jayant Joshi, was being displayed on the screens. The channels were reporting that my son was missing after the chopper crash. My sister in-law called me soon after I hung up. She too informed me about the helicopter crash and said it’s currently untraceable. I immediately contacted my wife who was at the Kolkata airport about to board a flight to Delhi. She was crying on the call. She learnt about the incident from social media. The CO called us after a while and briefed us about the incident and said that “both the pilots have swum across the water and have come out of the water body”; maybe this was said so that we don’t panic and remain calm. 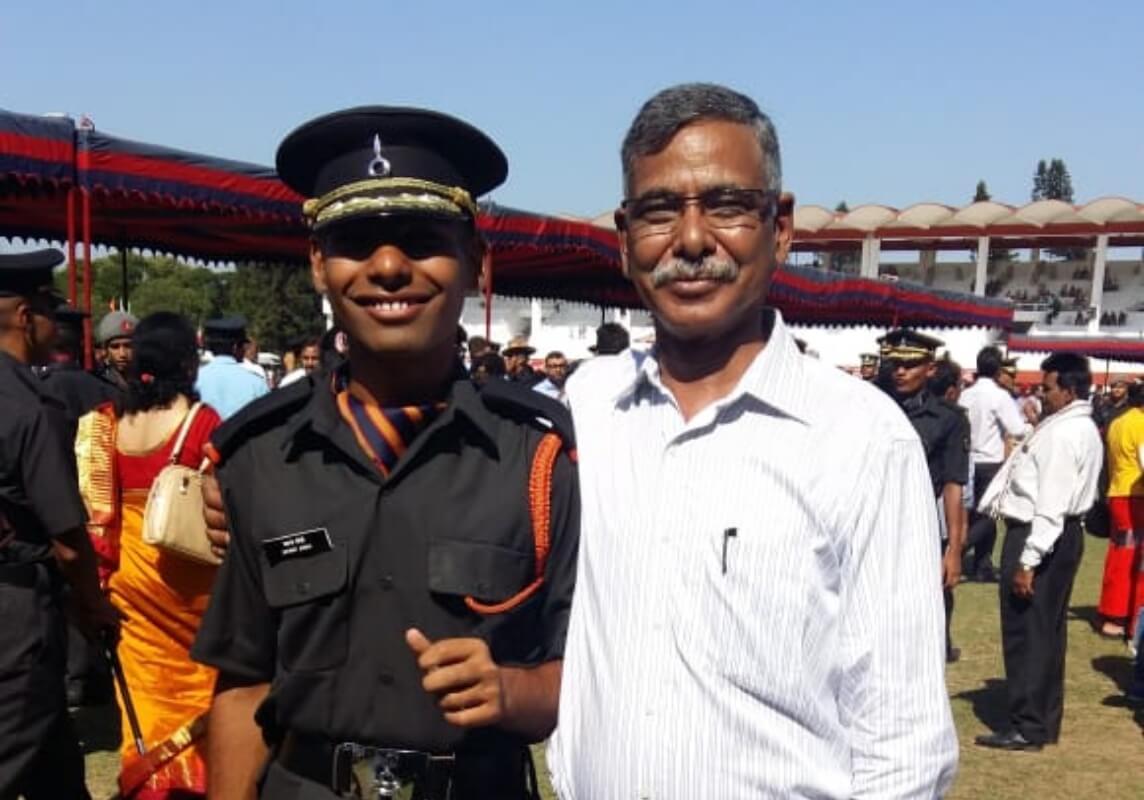 Our family assembled in Delhi that night and we all boarded a flight to Jammu and then we reached Pathankot. We were given accommodation here. I have been camping here ever since I came to know about the crash.

When we came here, we went to the crash site. Army personnel were deployed there and the area was cordoned off. The water level was high in the dam, and the situation tough on the ground. What we have gathered so far is that the chopper crashed at a particular place. Army’s PR Agency ADGPI informed us about certain things which in hindsight shouldn’t have been said to us.

Everything that happened was in the area of around 100-150 meters. But saying things like situations are very tough and it will take so much time, the Ranjit Sagar dam is 25km long, 8km wide and more than 500 feet deep, doesn’t seem right to us but an excuse to call off the operation. Even though the team had limited equipment in the beginning, it was supplemented with more vehicles and equipment as retrieving pilots’ bodies and helicopter wreckage was becoming more challenging and difficult.

Some SONAR like apparatus was also used to detect the exact location where remains could be found. All these operations were carried out by the Navy and the Army in collaboration. I would like to note that they did work very hard, tirelessly, and round the clock.

It took them about 38 days to lift the helicopter wreckage. The helmets of both the pilots were found floating on water and thus we were hopeful in the initial days that both the pilots could be alive. Capt. Jayant Joshi had been flying along with Lt. Col AS Batth in the Advanced Light Helicopter-Weapon Systems Integrated (ALH-WSI) on a training sortie.

We were angry initially as to how the operation was being carried out. If their divers couldn’t go deep inside due to human limits, why not bring specialised equipment. They said they haven’t done anything of this sort before. The Army had built a platform, had their cranes to ease the operation. Then, the remains of Lt Col Batth were found on August 15 evening. 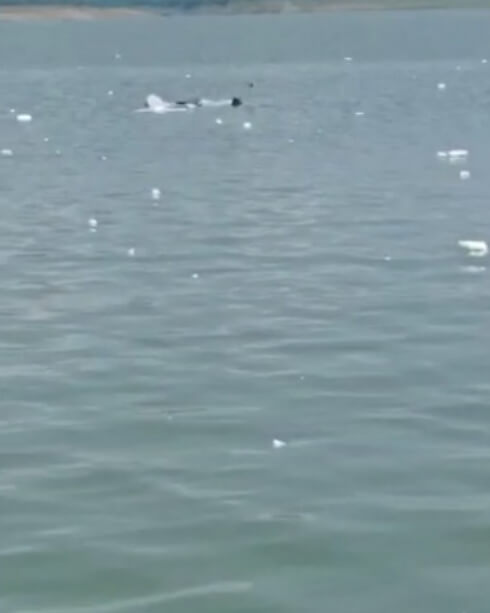 Maybe no underwater equipment is made in India. Maybe all are imported. Whether it’s SONAR or anything for that matter. They have used it all in the operation but neither of them proved to be useful. They hired a SONAR and a few other search equipment from a local Indian vendor.

The Navy is working round the clock but if someone specialized in this area can be called from abroad, it would be useful in finding my son. Navy officials say that they haven’t done any operation of this kind before in a dam or lake. Navy is equipped to work in high seas where it has successfully conducted successfully many search operations in the past. “Then why don’t you take foreign aid to boost the operation”, I would ask and they would merely tell me that the equipment is imported, and that is enough.

My son gave his life for this nation. My wife served this country for 40 years. She treated and looked after thousands of injured, ill and physically unwell army personnel. And today, you will leave my son under water, with no trace?! That too when you have recovered the body of one pilot, and some of his belongings.

That same place you got everything but not my son. The Navy kept saying it’s in the core area between the crash and impact and the mortal remains of my son will be found soon. Few days back, the Army told us again that we have to take a call. “We cannot go on like this with the operation”, they said.

I’ve written to the President of India and have said that 2 months have gone by with no results coming out of the operation. There’s still time, it is important to take foreign expertise help, I urged in the letter to the President.

I received a mail from the Army in response to the petition I sent to the President. It was mentioned in the letter that the Army is also seeking foreign aid. But nothing of that sort was happening. The Navy assured us that our son will be found. The Navy officials were confident although we were repeatedly being told that it was time to call off the operation. They even said this after they sent me a letter with operation details after the President marked my petition to them.

When they sent me the letter on September 26, they wrote in the letter- “Indian Army leaves no personnel behind and will leave no stone unturned to take the body out of the water.” Even after assuring me of this, they keep on saying we will call off the operation. It’s been over 2 months now and they can’t even give us the mortal remains of our son. Don’t we have the right to perform our son’s last rites as per our religion and tradition.

Should not his body be draped in the Tricolour in his last moments? Like his co-pilot was laid down with state honours, doesn’t he deserve this, too? But what shall we do? Shall we leave his body deep under water just because someone wants this operation to end? Should we give him “Jal Samadhi”? We will wait and won’t return till we get his body. They have to find out and give it back to us.

He didn’t disappear in the waves of the ocean but the chopper crashed at a particular place in the dam. He hasn’t been lost in the dense forests of Andaman and Nicobar Islands. They start narrating their own challenges and say we cannot do anything. I have said this to every authority, in every letter, time and again that please don’t call off the operation. If you do, you are intentionally leaving him under water. I understand their challenges also because they haven’t done anything of this sort before but please call experts from abroad.

Military aviation is expanding so much. India with such a vast landmass has many dams, reservoirs and lakes in similar terrains as Ranjit Sagar Dam. If an incident like this happens in future, would you sit and watch your soldiers being buried under water? If you take foreign help, it will be an addition to your resources. We are patient enough but the army should not be impatient. It shouldn’t be in a hurry. Despite efforts by the Army, Navy and the NDRF teams the remains of my son are yet to be found.

A series of tweets on August 9 by the Indian army described the specifications of the dam and gave details about the nature of operations being conducted. Since then the wreckage of the helicopter and body of one jawan has been found. The operations are still underway to find about captain Jayant:

The tweets put out by the army said:

“Military authorities are leaving no stone unturned to search for the helicopter which crashed and sank into the Ranjit Sagar Reservoir on 03 rd August along with two pilots. The expansive reservoir is 25 Kms long, 8 kms wide and more than 500 feet deep”

“Multi beam sonars, side scanners, remotely operated vehicles and underwater manipulators which have been flown in from Chandigarh, Delhi, Mumbai & Kochi and pressed into action. Search operations continue unabated inspite of bad weather and rain.”

“Expertise and equipment of Army, Navy, IAF, NDRF, SDRF, NGOs, State Police, Dam Authority and private firms from all over the country have also been pressed into action.”

“This deep underwater operation is especially challenging due to the near zero visibility below 50m owing to the colloidal nature of water in this season which adversely impacts accuracy of sonars & sensors. Experts, specialised eqpt and divers are being continuously flown in”

This is a first-person testimony of Harish Joshi, as told to Mojo Story. The views expressed are his own, and are not of the organisation’s.