In any flying machine with two pilots, handing over controls always follows a time-tested procedure that ensures seamless handover with no “loss of control.” 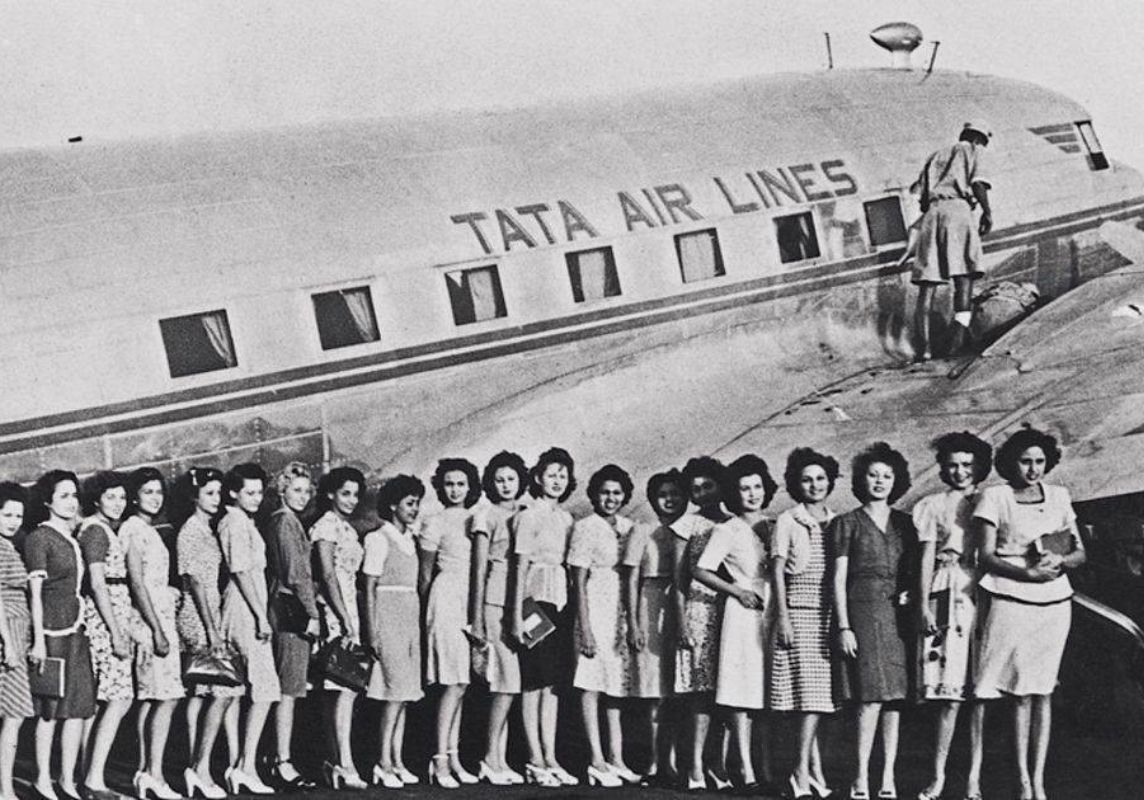 The pilot flying (PF) initiates the handover by saying “you have the controls”; the pilot not flying (PNF) physically takes over saying “I have the controls.” The pilot handing over repeats “you have the controls” to close the loop. In this manner, a smooth handing over of duties is achieved even as the heavier-than-air machine hurtles through the air. Over time, this exchange may have morphed into “you got her” and “I got her” in the mostly male-dominated piloting community worldwide (India is an exception with a maximum number of female commercial pilots in the world). But the essence remains — at all times somebody must fly the plane.

Tata Sons’ “I have the controls” moment came on Jan 28, 2021, when all three entities of the erstwhile national carrier Air India — flagship full-service airline Air India, low-cost carrier Air India Express, and 50% stake in the ground and cargo handling service AI SATS — were formally handed over by the Government of India (GoI) to the founding company, almost 69 years after it was taken over.

For better or worse, time will tell. The Maharaja’s journey from a ‘startup’ to ‘bleeding national carrier’ has been part of Indian aviation folklore since the 1950s when flying was elitist and tickets prohibitively expensive. In the deal signed at INR 18,000 Cr (incl 15300 Cr debt), the Tata group inherits Air India with all its routes, assets, 60,000 Cr of loans (2021 estimate), and a ‘sarkari‘ attitude to boot. The Maharaja who once bowed in welcoming grace is now practically a hunchback under crushing debt.

But if anybody can pull a rabbit out of this hat, it is Tata Sons. They have the depth of the pocket, the span of corporate excellence, and, most importantly, ‘skin’ in this vanity game — to turn the multi-million dollar, loss-making dinosaur into a profit-making enterprise that will hopefully restore it to commercially-viable status. Coming at a time when the travel and hospitality industry is reeling under the disastrous multiple-whammy of Covid-19, Tata Sons will face many headwinds. Many low-cost airlines bleed in the Indian skies while well-established players, and the soon-to-be-launched ‘Akasa Air’ funded by billionaire investor and stock trader Rakesh Jhunjhunwala, jostle for pax, patronage and airspace.

There is a slice of Air India in every middle-class Indian — the present Chairman of Tata Sons Mr N Chandrasekaran knows this only too well. He publicly acknowledged that his first-ever flight was on the airline that pulled into his hangar today. In an internal memo to airline employees soon after the baton handover, Chandrasekaran wrote: “My first flight was with Air India in December 1986, and I will never forget how special it felt to be onboard, or the exhilaration as we soared into the sky… today is the beginning of a new chapter. The nation’s eyes are on us, waiting to see what we achieve together. To build the airline our country needs, we need to look to the future.” 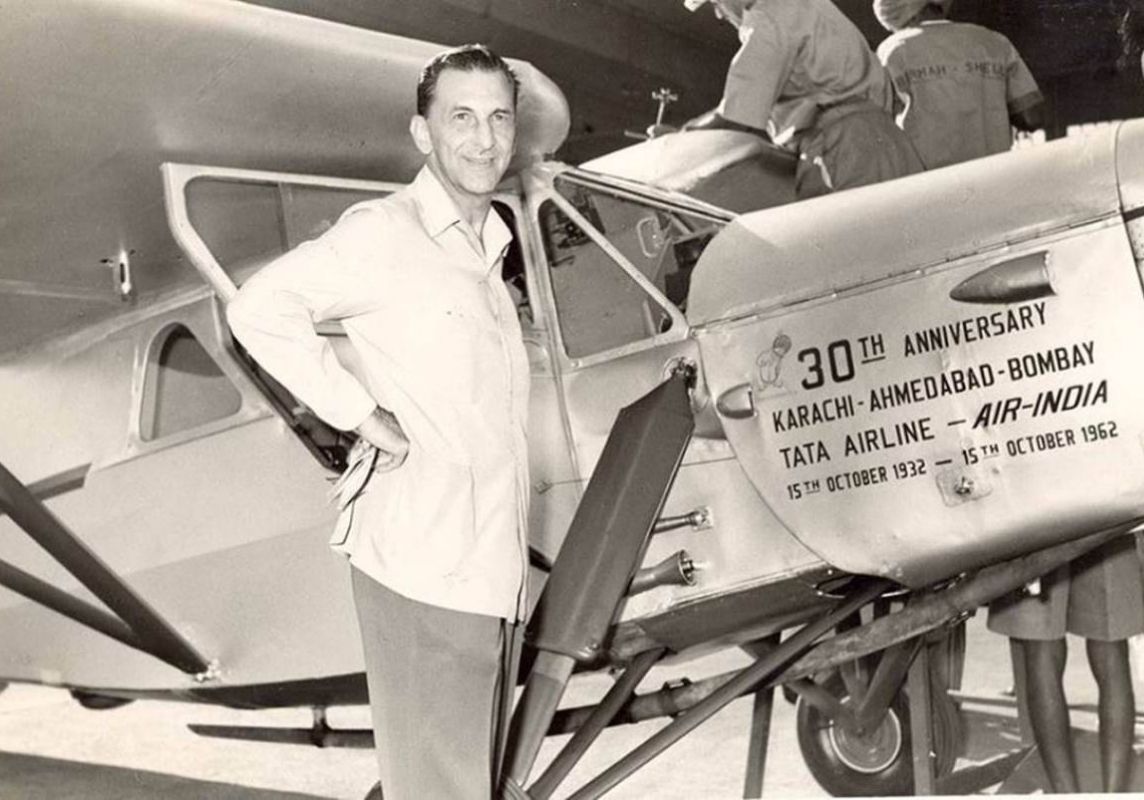 At many levels, this is personal for many of us Indians who grew up in the 80s adoring AI’s sharply noisy Boeing 737s, deep-throated Airbus A300s and majestic ‘Queen of the Skies’ Jumbo 747s. Flying on these planes was aspirational — strictly for the upper class, privileged Air India employees, or sarkari employees on official travel or LTC. Others simply bought an entrance ticket to the viewing gallery and inhaled the burnt residue of ATF while watching friends, kith & kin, or complete strangers take to the skies chasing dreams overseas.

We all had our ‘Air India moments’, didn’t we? In Dec 1987, upon completion of the first of six gruelling terms at Naval Academy, Goa, as cadets, we were given an option of flying Air India to our hometowns on a 50% discounted ticket. The present naval chief Adm R Hari Kumar was a young lieutenant vested with the charge of about 80 of us cadets counting DLTGH (days left to go home) then.

A man of few words, “Hariya” in his characteristic ‘tough on the outside, sweet on the inside’ demeanour asked if we would like to consider travelling “officer-like” with Indian Airlines (then the domestic carrier of AI). The deal was sweetened by offsetting the cost of our authorised second-class railway warrant against the cost of a seat in the lap of luxury by paying a few hundred rupees more. The ‘gap funding’ was to come from ‘mom & pop’ after a round of ‘trunk calls’ and ‘money orders’.

Many of us middle-class kids availed of the offer with no regrets. I have only the best memories of that flight which was the maiden air sortie for most of us (first termers are bottom feeders; arguably the lowest form of life in military academies). Strapping into the GOI-BOM Air India flight, wiping the sweaty brow with a hot hanky handed by the sweetest human I had seen in the last five months, receiving two lozenges and a delightful meal to cover a 45-minute flight, being treated like mini-celebrities courtesy the armed forces ID, and receiving matronly care by the air hostesses on that flight — all these remain indelible memories.

Every Indian from that generation will likely have bittersweet memories of their ‘first flight’ with Air India. Some of that fetish rubbed off in people like me who went on to train and become test pilots so we could push the envelope and do more “first flights”.

I also recollect extended deputations overseas where one had to travel by the national carrier as mandated by GoI rules. The second-AC railway warrant turned into an air warrant that could be exchanged for an air ticket only at one of Air India’s brick & mortar booking offices (later outsourced to Balmer Lawrie company) where one took a token and waited for hours! The tickets were many times more expensive than competing airlines, but who cared! The ‘apex fares’ accommodated “free travel for a spouse.” For those who wanted “spouse-free travel” there was always the provision to “liaise” with the booking executive and “upgrade” to executive class.

A significant amount of time was consumed in such “liaison” to ensure a reserved seat in the J-class. Truth be told, many of us faujis may have never enjoyed the plush comfort of ‘executive class’ but for the AI air warrant & its “deep reserves.” At the end of a long, hard deployment or deputation, the calming influence of an Air India cabin crew in saree or traditional attire, extending a “namashkaar” at embarkation, the Indian food and foreign liquor served in measured dozes — all this was salve for a tired soul. Those travelling by economy class will of course have other tales to tell!

But alas, in the end, somebody has to do the math and enforce operational and fiscal discipline. The national carrier had become an extension of the state: kind when it wanted, indifferent most of the time; servile to masters who held the strings; rising occasionally to a national cause, but with nebulous & opaque costs; full of hubris and arrogance when challenged; terribly inefficient and unaccountable — almost like flying with speed brakes engaged all the time. In aviation, drag costs money. Complacency costs life. The last two major Indian air carrier accidents have been from Air India. We cannot overlook this fact. Ditto for the state’s helicopter avatar — Pawan Hans Ltd (PHL).

It is this sarkari culture of Air India that Tata Sons under Chandrasekaran’s stewardship will need to change. There will be old dogs that need to either learn new tricks or be put out to pasture. There is the need for infusing fresh blood with fire in the belly. New structures and frameworks for employee engagement will have to be created that respects and incentivises enterprise while eschewing complacency, status quo and ‘chalta hai’ attitude that has come to define the deferential Maharajah.

It is time for a deep surgical intervention. It cannot come without pain — perhaps the reason the usually hug-happy Prime Minister Narendra Modi kept Tata Sons Chairman N Chandrasekaran at more than two arms distance in the photo-op that preceded the “you got her” moment.

Fair winds & happy landings, Tata Air India. If anyone can turn this ship around, it’s you. “A promise is a promise” as Ratan Tata once said. Governments come and go. You do what it takes. Keep the joy of flying affordable and practical. We are with you.

Cdr KP Sanjeev Kumar is a former navy test pilot who calls himself “full-time aviator; part-time writer”. He blogs at www.kaypius.com and can be reached at realkaypius@gmail.com or on Twitter @realkaypius. Views expressed in this piece are personal.

I am a Kashmiri Trying to Take you Back to our Roots
“They were firing AK47 at us relentlessly,” says Indian Student Who Got Shot in Kyiv