Sachin Lather, 23, an army aspirant, ends his life in his PG room in Rohtak’s Dev colony on June 16th. Sachin, from Jind’s Lajwana village, had been preparing for the army for two years. 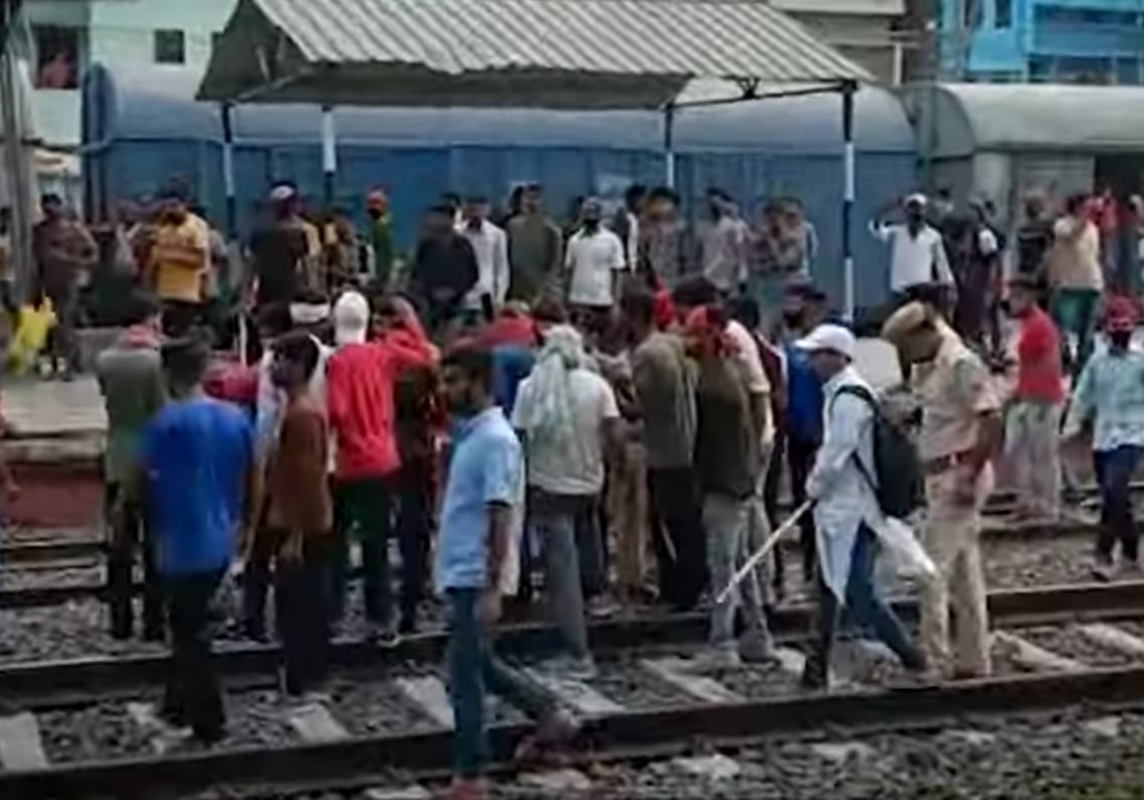 On June 14, the government unveiled the Agnipath Scheme, which aims to modernise the Armed Forces recruitment process. The news of Sachin ending his life arrived at a time when the entire country was witnessing a heavy demonstration against Agnipath across India, including Bihar, Uttar Pradesh, Telangana, Delhi, Himachal Pradesh, Uttarakhand, and Punjab.

However, the police denied any connection between Sachin’s suicide and the Agnipath scheme. According to the police, initial investigations revealed that ‘Sachin’ was mentally disturbed.

“He wanted to serve the nation as his father did”

Sachin’s elder brother, Veer Lather, spoke to Mojo Story about Sachin and how determined he was to pursue and join the army, “The only reason Sachin wanted to join the army was to serve his country, and he was working hard to get there.”

He was a disciplined young boy who had a set daily routine. He’d get up at half-past six o’clock in the morning, get ready, and head to the Academy for training. He’d train all day and return for lunch at half-past one. After some rest, he would go to a nearby field for running practice, only to return home, study for his graduation, and sleep, “He was overweight, but lost 20 kgs weight by running every day just to get selected.”

Sachin has an elder brother, father and 4 sisters in his family. He was always pampered being the youngest in the family, “He’d always get what he wanted, whether it was an iPhone or a watch from Dubai. We never denied anything to him.”

He was inspired to join the army after witnessing his father’s entire life devoted to the army and now, even after retirement, the dedication and discipline he saw in his father’s lifestyle. “After our mother died four years ago, he was close to everyone in the family and especially looked up to our father a lot,” stated Veer.

Sachin’s family asserted that the only reason Sachin was worried and wasn’t feeling well mentally was because of the Agnipath scheme.

“The exam is usually conducted in three stages. He passed the physical and medical tests two years ago. For the past two years, he had been waiting for his written test (the final stage of the exam) to get the posting, but the written paper had been postponed since his last exam. This time, when he heard about the Agnipath scheme, he became very concerned and learned that the exam he had taken would now be considered null and void,” explained Veer.

Sachin even tried consulting his academy authorities but was given no concrete answer on whether the exam he applied to will have the last stage of the round or not. “I think this rumour led him to take his life,” Veer said, referring to a group of students who called Sachin and discussed how they had heard that the exams he had enrolled in would now be invalid due to the Agnipath scheme.

A few days before he took his own life. Sachin had been sharing posts and stories. “The government job was the sole source of his mental anguish. He had no other issues, neither financially nor with his peers,” narrates Rinku, Sachin’s cousin and roommate.

When Sachin’s friends saw his social media with disturbing posts, they tried enquiring about his mental health. However, Sachin has always been a bit hesitant about sharing his problems.

Sachin even attended a birthday party for one of his friends on June 15th, one day before the incident happened. Sachin, along with Rinku and other friends had gone to their friend’s flat around 10 p.m. to celebrate his birthday. His friends said he seemed fine even on that night. However, at 4 a.m., Sachin insisted on returning to his PG. He stated that he needed to attend the Academy. When one of his friends said he’d come along, he flatly denied him not to accompany him and stated that he’d be fine. On the same day, at around 6 am, he hung himself.

According to data from the National Crime Records Bureau (NCRB), at least 2,851 people committed suicide in 2019 as a result of unemployment, despite the fact that it remains a major issue throughout India.

Other examples include a man from Odisha who wanted to join the Indian Army but allegedly ended his life after his recruitment written exam was cancelled. Following that, the Agnipath scheme sparked protests in a number of cities across Odisha, including Cuttack.

The Boatmen of Yamuna
Goa Elections: Rough Tides Rock the Boats of Fishing Community in Goa