Since March, thousands of ASHA workers in Punjab have been protesting because they have been refused their covid compensation of Rs 2500 a month. 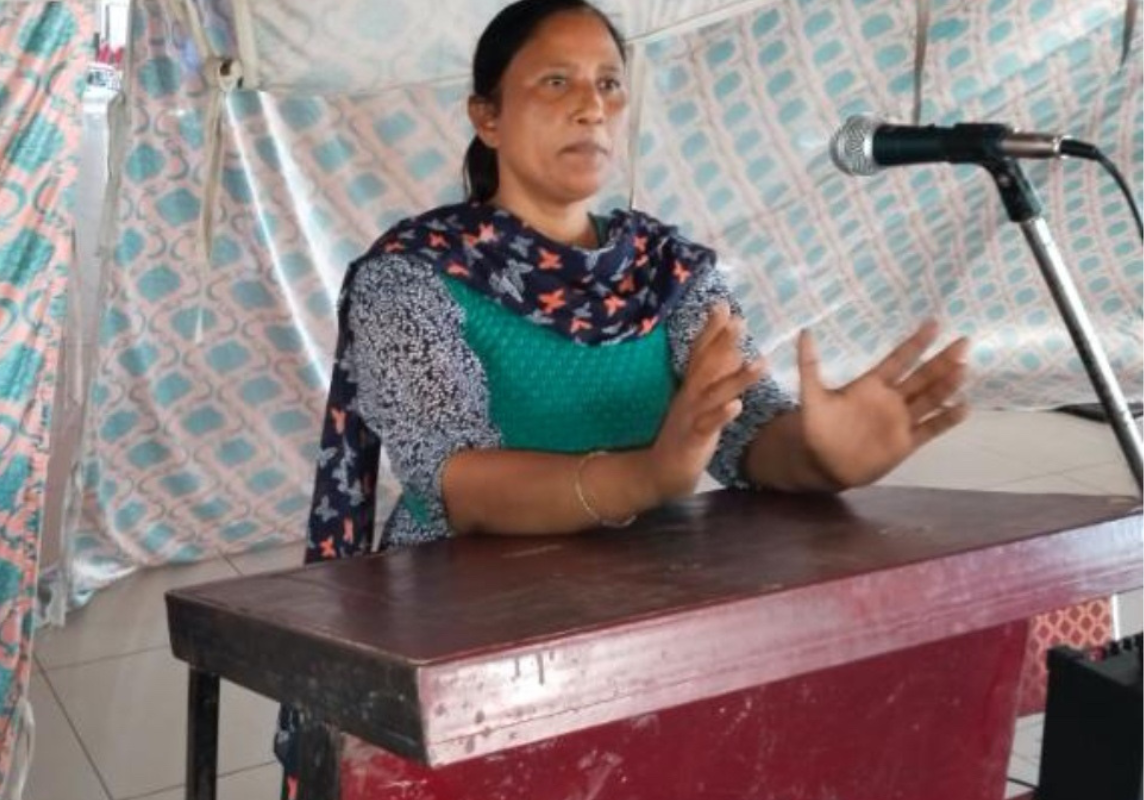 On May 22, WHO Director, General Dr Tedros Adhanom Ghebreyesus honored over one million female health workers in India – ASHA – for their critical role in rural India’s community health during the devastating pandemic.

Soon after the global recognition,  PM Narendra Modi congratulated all the workers. “They are at the forefront of ensuring a healthy India. Their dedication and determination are admirable,” he tweeted.

However, the feeling evoked by this accolade is one of betrayal rather than satisfaction, as millions of ASHA workers continue to be denied their basic rights.

“We deserve to be acknowledged by WHO, but this honor appears to be a hoax,” Paramjit, General Secretary of the Punjab ASHA Workers and Facilitators Union, told Mojo Story.

Over the last three years, ASHA workers have organized numerous rallies in an attempt to raise pay and against working conditions that are exacerbated by a lack of financial stability, difficulty having loans approved, and no set working hours.

“My application for my home loan was denied by Punjab National Bank because of my low income. Initially, they denied sanctioning me a loan but later agreed on a condition,” said Paramjit. She further said that she would receive no subsidy in the loan which was the sole reason why she had opted for the loan. The subsidy would have taken off a burden of at least Rs.35000 worth of interest.

An ASHA worker in Delhi earns approximately Rs 3,000 per month whereas a volunteer in Maharashtra could earn up to Rs 8,000 per month. ASHAs, like government employees, do not have a set salary. The rewards for ASHAs are determined by the states; they can range from Rs 1 for distributing ORS packets, condoms, or sanitary napkins to Rs 5,000 for assisting a drug-resistant TB patient.

Days after the government imposed the statewide lockdown in April 2020, it was announced that every ASHA employee would receive an additional Rs 1,000 for Covid-related tasks. Even though the pandemic was still going on, these payments were only made for a year.

“With my dues unpaid, I am a widow with two children trapped in despair,” Pooja, a middle-aged woman from Batala, Punjab, explained. She has been an Asha Worker for more than three years, “I am on duty 24 hours a day, seven days a week. I am available at all hours and must report at all costs.”

Pooja described her deplorable circumstances and expressed her concern, stating that her job pays her very little and that she has now stopped receiving her salary, “With all the incentives and dues, I used to receive around 4500-5000 Rs per month, and now I have nowhere to go and no way to survive. My children had to drop out of school because I have not received my salary for the past two months, and there is no guarantee that it will be cleared in the coming month.”

Apart from economic exploitation by the government, these workers bear an additional burden and torture from their families. Pooja’s spouse was a stereotypical toxic masculine figure who, according to her, harassed her both physically and mentally. Her in-laws have provided her with no financial or emotional support since her husband’s death. They took a little piece of land from her, which was the last asset she had. “My brother-in-law would threaten me whenever I approached him about my stake in the property. Following my husband’s death, the family wants to cut all ties with me.”

Last year, in a letter to Arvind Kejriwal, ASHA workers in Delhi demanded a minimum wage or a monthly set payment of Rs. 15,000. The current minimum wage in Delhi ranges between Rs 15,000 and Rs 20,976, depending on the employee’s degree and skill level. However, because ASHA workers are considered volunteers, they are not paid the minimum wage.

“The government literally pays us in pennies for the hard work we do,” said Nanda Powar, another 40-year-old worker residing in Malad, Mumbai. She worked as a nurse for a while but then had to quit owing to personal reasons. She has been working as an Asha Worker for the past 6 months and receives a nominal amount of Rs 1600 per month.

Powar explained that if her husband, who works as a security guard for a small company, did not work, it would have been extremely difficult. She recalled times when she was subjected to harsh working conditions, “On occasion, I’ve had to take my one-year-old child to work. Working in the health sector, especially on the front lines with my infant, was challenging.”

For all the overtime that the Asha Workers in Mumbai would do, they would hardly get Rs50 as an incentive. Not just this, the total amount that they receive is a mere amount of 1500-1600 Rs only. In terms of work, they had no flexibility or ease.

In the Covid vaccination drive, there were several camps set up by the government where the Asha Workers took the lead in terms of data filing, giving information and vaccinating people too.

Powar claimed that the government violated their rights by making them work in vaccination camps. All the responsibilities there had to be carried out by her and other Asha Workers, “I used to leave home at 7 a.m., go to the campsite, and stay there until the camp was over. We would have to submit a report to our superiors after 12 p.m.” Pawar was responsible for at least four such one-day camps in a week. And for each camp, they received Rs30. Powar concluded by saying she would be happier as a nurse. She is looking for another job and hopes to leave her job as an Asha Worker soon.