“The sluice gates have not been opened in the past 12–13 years. They lack maintenance, the embankments have not been repaired in 6-7 years,” alleged an engineer from the Water Resources Inspection Department. 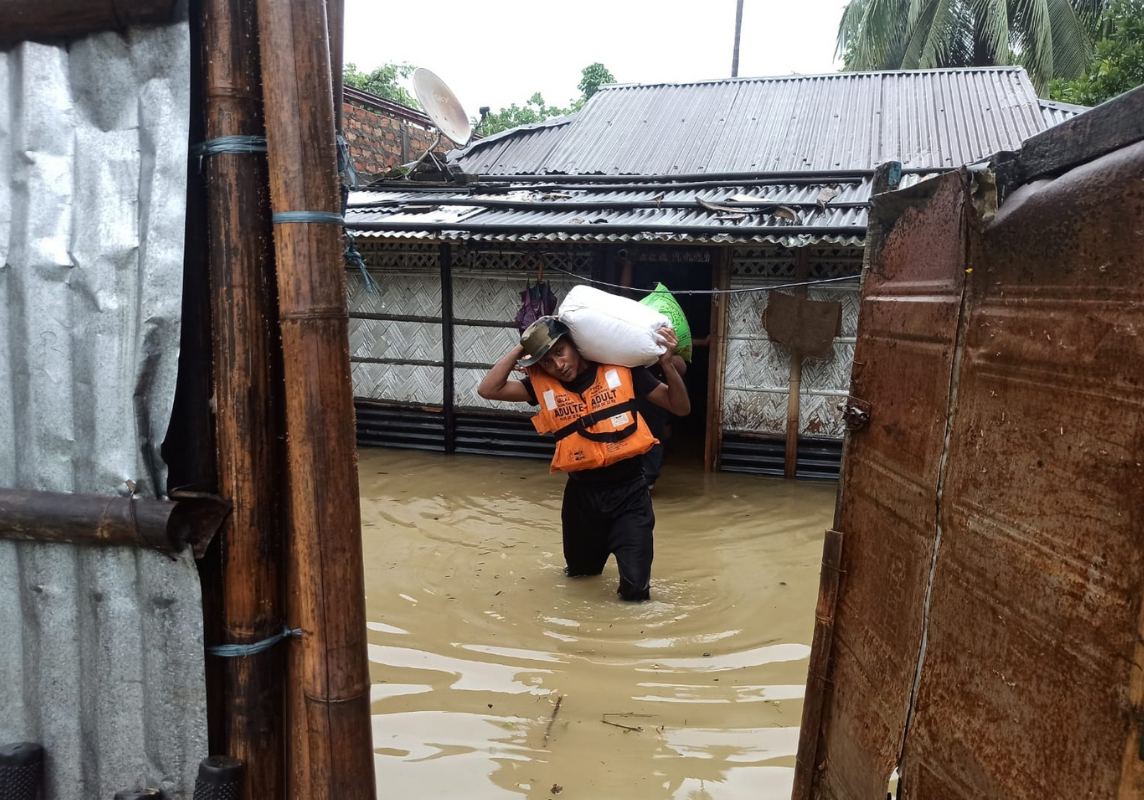 Allegations against the government post the pre-monsoon floods have intensified. The relentless downpour has devastated Assam, impacting the lives of over 7 lakh people, and leaving at least 30 dead. As per reports by the Assam State, 596 villages remained submerged in water and a vast total of 25,860 hectares of crop areas were damaged till May 30. A total of 499 relief camps have been set up to help those affected.

Experts have indicated that the floods in May were unprecedented.

The government’s failure to control the floods has been put down to inaction and a lack of funds for schemes that would bring the situation under check – just as it has been for years. An executive engineer, whose identity has been kept anonymous since he is a government official, narrated, “Every year, we submit a bunch of schemes, which if implemented on time, would show results. Unfortunately, if we submit 4 schemes, only one or two are approved. That too comes quite late because of which, we fail to act on time.”

In 2020, floods affected over 5 million people causing cataclysmic damage. Two years later, the destruction has been of an unpredictable level and fear has deepened for what is yet to come.

Parul, another executive engineer from the Water Resources Department shared, “Flood season in Assam begins in the month of May, and the release of money was submitted in the same month. The work was bound to suffer.”

According to other engineers from the Water Resources Department, the embankments meant for flood control have been nothing short of a failure, “many are as old as the 1960s. They already have outlived their utility and are of little use now.”

Embankments have been concluded to be an unnatural way of controlling floods. While they do attempt to regulate the flow of water, they are only able to do so for a certain amount of time before overflowing. Many embankments in the state have also not been repaired in over five years.

Sluice gates, used to control the flow of water out of or into a canal, are another measure to hold flood water. Assam’s massive non-functional sluice gates in Kathigoda, a part of the state bordering Meghalaya and Bangladesh, have added to the problem. Since the gates are at an international border, the Border Security Forces (BSF) prohibited the local government from opening them citing national security, as per the sources claimed.

A circle officer from the state said that the State Disaster Response Fund (SDRF) deep divers were placed in the affected areas only after the cyclone hit Assam, “The deep divers did go inside the flood waters attempting to open the sluice gates, but by that time it was too late. The water was already too deep and they could not open it.”

A key responsibility of the SRDF, as per the circle officer, is opening the sluice gate. The officer recalled that he had tried to contact the response team before the floods had hit, but the action was ignored.

Dams are an important source of power generation in the northeast. Time and again, locals in the states have protested against the construction of these high-power generating dams. But, their construction has continued.

Ex-Chief Minister Sarbananda Sonowal had pledged to protest and oppose the construction of these dams when he was voted to power in 2017. Since then, however, resistance to these projects by the State government has been minimal.

Barring flood control, reports of miscommunication and fraudulent practices in terms of the relief provided have also come up from the State, “It is all drama and no work in the name of relief”, claimed Ahmed, who works at an NGO called Society For Bright Future (SBF) Parivar working to provide relief measures to those suffering from natural disasters.

Jomarul, a resident of Jalalpur, mentioned how his area did not usually see floods because of which nobody in the area had a boat. This meant that the locals had to take refuge in a school nearby. He narrated, “In our area, the affected people were served every day by the Students Islamic Organization (SIO), Jamaat-e-Islami and other NGOs.”

According to Jomarul, government officials came several days after the floods had hit this village, “Hearing this, several residents gathered around in hope for food. When around 100 people gathered, they backed off and said that they would give relief only to 10-15 people.” The locals were given a minimum – of 2 kgs each of rice and dal for a total 100 people from different families at the location. They have not shown up ever again.

The circle officer of the area attributes this negligence to the problems with the chain of control and delegation of work, “the manner in which the relief procedure is carried out. There is one major problem with the rules. Relief is provided only to those who are able to reach the relief camps. The headmasters are generally in charge of these relief camps since these are lower primary schools where camps are set up. He/she would, in turn, distribute and mention to us the required amount in the area.”

Later, the Deputy Commissioner ordered for a flat relief, where those who did not come to the relief camps will also be given relief. It was only then that the aid reached the stranded. The circle officer added that the headmasters failed to deliver relief to the affected people and that show-cause notices have been issued to them, “As far as the flat relief is concerned, it was the responsibility of the Zila Parishad with the BDOs where there were chances of things going haywire.”

She also blamed the lack of manpower on the ground for the collapse of the relief system. This circle officer was in charge of 243 camps and had a handful of 17 employees under her, of which a few were allotted duty with the SDRF and NDRF making the inspection and delegation challenge.

A Curious Case of a Fake IPL in Gujarat Village To Dupe Russian Punters
What’s In A Name? The Line Between Development and Political Agendas