Birbhum, A District Victim of Violence Since Forever

On March 22, eight people, including two children, were burnt to death in Birbhum district, allegedly as a result of an intra-party quarrel in West Bengal’s ruling Trinamool Congress. 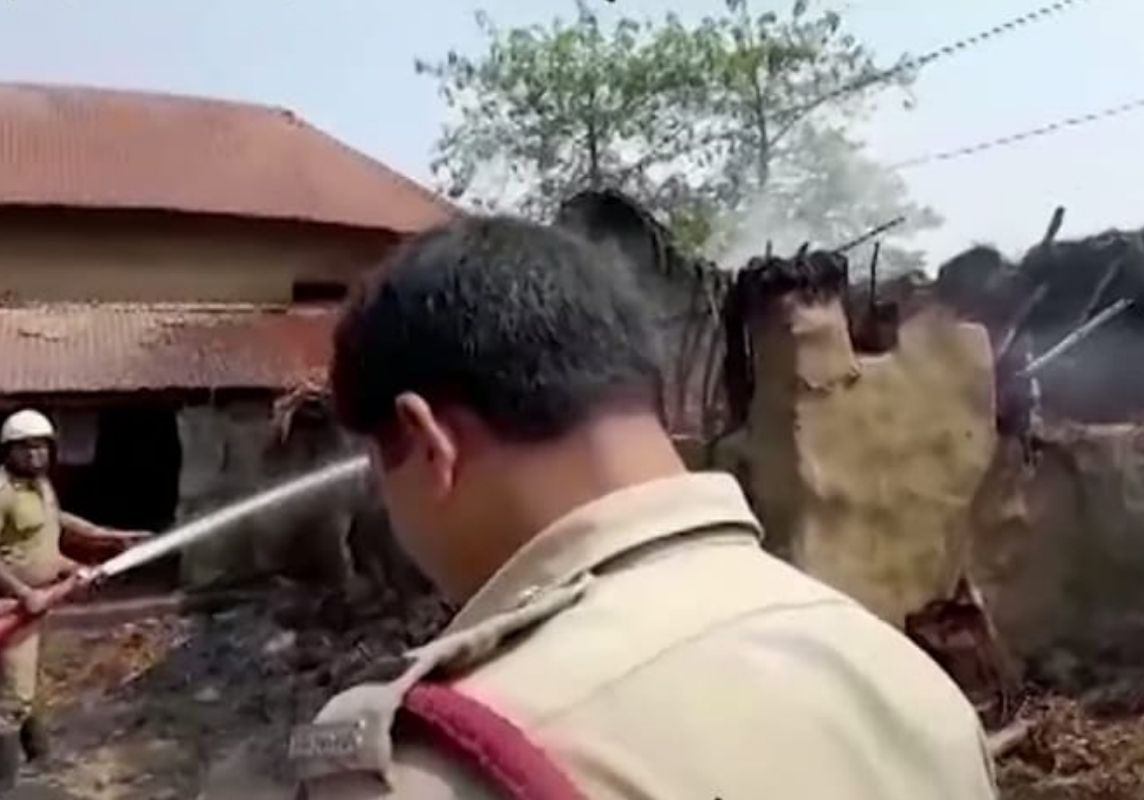 “Every house was put on fire that day. Even my house, 21 other houses were put on fire. My entire family has been burnt. My aunts, everyone has been burned. 7 family members have been burned down. I had money kept at my place which was taken away from me”, a local who managed a narrow escape because of not being at home noted.

The victims include a child and six women, aged between seven and 52, and a newly married couple. Seven of the victims were related to one another.

The history of West Bengal and its politics has a history of violence, be it the government of Mamata Banerjee or the other parties who have ruled the state for years.  A look into history suggests that most of the violence that takes place or took place in the past is a result of political battles in the areas. However, this time history doesn’t seem to repeat itself, it seems to come from the underbelly of the ruling Trinamool Congress itself.

Birbhum has a history of violence indebted in it. It won’t be wrong to mention that the district and its people have always been a victim of violence and killings. All they face is oppression and killings by those in power.

Back in the time of the CPI(M) regime, the party had allegations of killings innocent landless laborers for “showing support to the TMC” in the same Birbhum district 22 years ago. As a result, 44 CPI(M) leaders and workers were charged with life imprisonment for these murders but all of it took 10 years of time for the court to come to this conclusion.

Be it CPI(M) or TMC, the people of West Bengal complain of the existing and continuous violence in the state. With the comeback of TMC in power in the year 2021, the state saw a rapid display of what drowning law and order seemed like when BJP workers were killed and violence took place post-election.

And, now the Birbhum incident has raised eyebrows, leaders from across the political spectrum have raised their fingers at the police accusing the force of maintaining a “deliberate silence” on the identity of the arsonists and killers.

The locals claim that this tragic incident was a culmination of a long tussle between Trinamool’s own leaders.

Sanjana, another local spoke to Mojo Story about the incident. It was her father who called and informed her about the fire and her mother was inside the house and was burnt.

“Your mother was caught in the fire. She needs to be admitted to the hospital. Mrityunsange and the other 5 people are admitted. Then I went and got my mother admitted”

With no way to do something. Sanjana called someone who sent the police to take my mom. They got her admitted. Now her mother is in the IC room along with 5 others.

After the fire incident in Birbhum, local people leave their homes and move to other places.

“We are leaving the houses, in view of security. My brother-in-law died in the incident. Had there been security by the Police, this incident wouldn’t have happened.” said a villager.

Md. Salim, West Bengal State Secretary of CPI took charge to visit the place and take an assessment of the incident.

“This isn’t a sudden incident; sudden incidents happen on spot like a road accident. This is a pre-planned, series of murders. This is ‘genoice’. So many people died, you see police standing here but still, villagers have left their homes”, noted Mr Salim.

Md. Salim further went on to question that when CM of state have accepted that this deadly incident is a retaliation to the murder of Trinamool Congress leader Bhadu Sheikh why didn’t the Police take any precautionary measure beforehand.

Speaking to Mojo Story about the condition of the villagers, Md. Salim exclaimed, “We generated a lot of videos from Tahen. The villagers are scared and, if they talk TMC goons will tutor them. So, my apprehensions if they will talk or not”

A Trinamool Congress leader said that while many blame party rivalries, the massacre has nothing to do with it. He said there is literally no opposition in the area and Trinamool is the sole party in the region.

Chief Minister Mamata Banerjee, in a letter to governor Jagdeep Dhankhar, referred to a larger plan to malign Bengal.

“We are leaving the houses, in view of security. My brother-in-law died in the incident. Had there been security by the police, this incident wouldn’t have happened”, a local reported.

On March 24, West Bengal CM Mamata Banerjee handed over a cheque of Rs. 5 lakhs to the kin of those killed in #Birbhum violence

Financial aid of Rs. 2 lakhs will be given for reconstructing affected houses. Families of the 10 people who died in the fire will be given a job & Rs. 5 lakhs.