At least 19 cyclones have hit India in the past 3 years, ‘Asani’ was just another storm that struck Assam this year. The Northeastern state is prone to floods every year during the monsoon. Thousands of families year on year are displaced from their homes and forced to migrate to other districts of the state in search of shelter. At least 25 of the state’s 33 districts are affected by natural disaster annually. 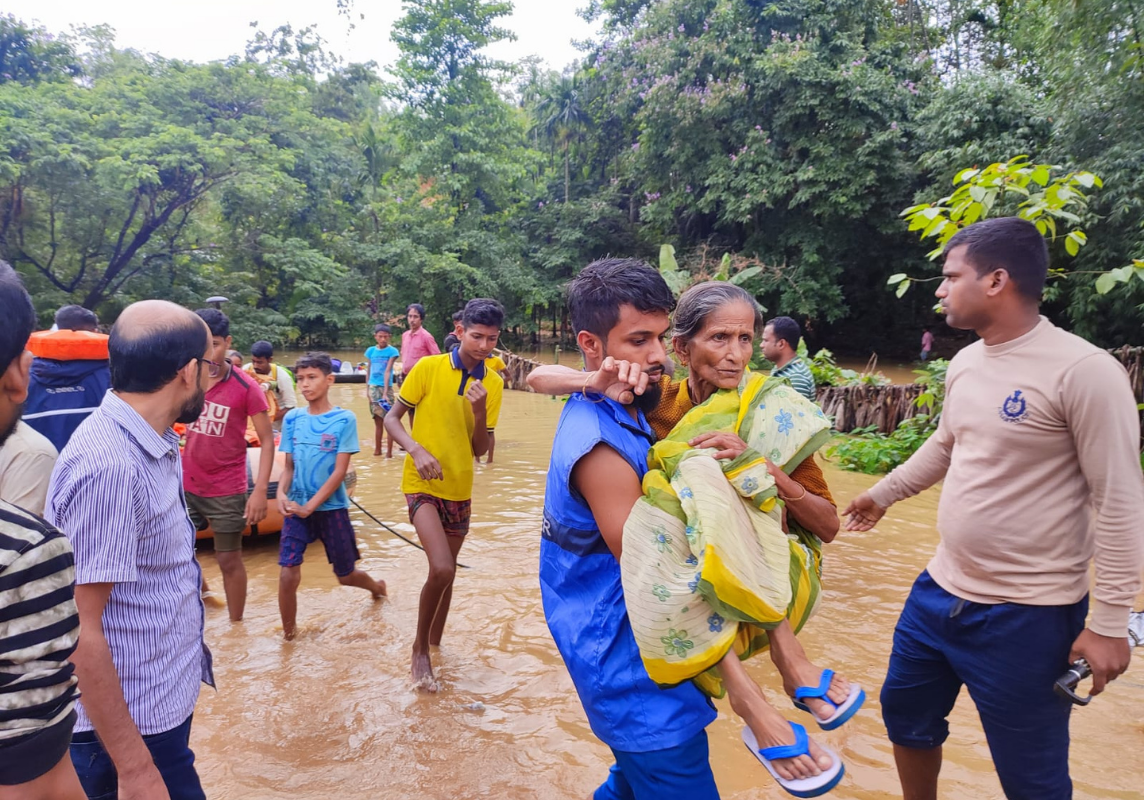 According to the State’s Disaster Management Authority, at least 30 people lost their lives during the floods caused by Cyclone ‘Asani.’ The government has announced that of the 1000 villages affected, 956 are still submerged.

These floods have come prior to the ones that the State is expecting in the upcoming monsoon season affecting over 5 lakh people of which nearly a fifth are children. With roads, schools, and houses submerged, and connectivity lost, the locals stare at a bleak future.

“We were not expecting the floods. My grandmother says that this year’s floods were the most devastating, and she has never seen a time like this before. Floods started from 15th May when the water inspection department failed to draw precautions and open the sluice gate,” narrated Muzanil, a resident of Jalalpur village in the Cachar district of the State. He further explained, “People have lost their land, their houses and all that they had to earn a livelihood. We usually anticipate floods during monsoon and avoid farming in the season. This was unprecedented and has led to immense misery for our people.”

“The problem lies here, all the government does is provide ‘relief measures’, meaning that even they cannot help control the floods, can only look into the aftermath,” said a geologist from Guwahati University. Floods are an annual occurrence in the State while the relief measures are temporary. As per the data provided by the Assamese government, approximately 40 percent of Assam’s land is affected by floods every year and the average loss incurred by the State due to floods amounts to around 200 Cr rupees per annum.

A major reason behind annual flooding is the Brahmaputra River caused by the erosion of its bank. Every year, some portions of land due to the aggressive flow of the river get eroded. As per the data given by the Assam government, around 8% of the land has been eroded due to the Brahmaputra since 1950.

Another reason is global warming – the speedy melting of the glaciers coinciding with the monsoon downpour further intensifies the flow of water rising water levels. Add in several man-made reasons like the embankments created by the government which are of no use and fall apart every year resulting in rising water levels. 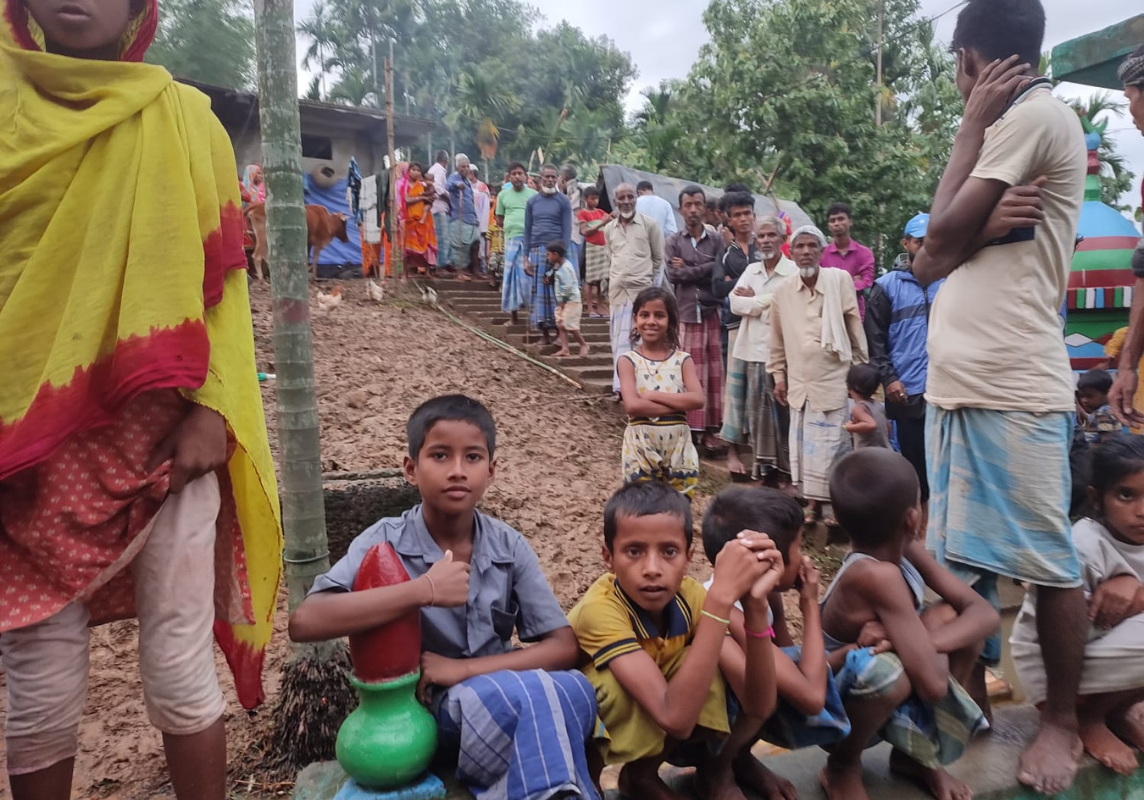 Shiva, an owner of a Kirana shop and a farmer, is a resident of Radhanagar village in the Hojai district. He has lost both his occupations due to the floods. Most of the houses, including his, were left devastated. The rescue team reached his house on 18th May, when the weather conditions had improved.

Shiva narrates, “We were not sure if we were going to survive. I am a farmer. All my crops have been wasted due to these unprecedented floods. There is no food and no way to earn.” As per the affected farmer, on the day when rescue operations began, it was his survival instinct that kept his family going. “Water was up to knee length, there had been no electricity for at least 5 days, and we were absolutely unsure as to how the rescue operations would reach us, but they did,” said Shiva, thankful he was saved.

Assam lost the New Haflog Railway Station in Dima Hasao District. The region saw incessant rains resulting in the loss of rail and road connectivity. A series of mudslides saw the railway station being enveloped in mud. The Barak valley, whose sole link to the Northeast was the station, has now lost all connectivity from the area. Activists have blamed unplanned development for the loss of Haflong Railway Station.

Activists allege that the road links projects were started without assessing the composition and carrying capacity of the soil in the areas. The Dima Hasao district had historically not seen a mudslide before the construction of new road link projects began. The Railway Department of Assam says that it would take two months at least to bring the station back into functioning. 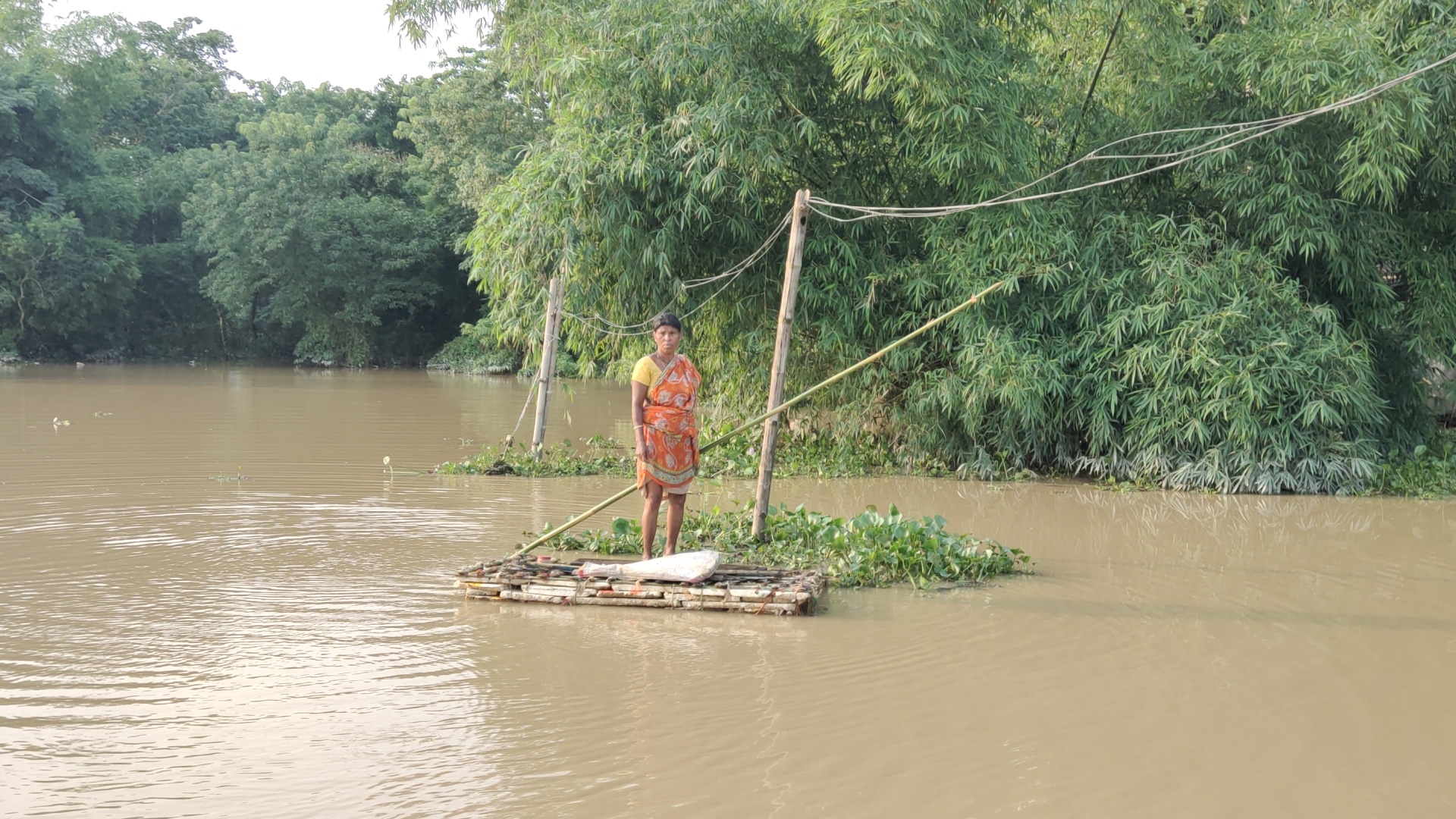 “It was the most beautiful railway station we had. Seeing it in debris pinched all of us,” said Zaheer, one of the locals at Dima Hasao. He further said, “Barak Valley has now lost complete connectivity with the North East. It is the government’s fault. Had they taken precautions earlier and planned everything well, this would not be the situation. Floods could be unprecedented, development is not.”

Shamsul runs a small business in the Jalalpur village of Cachar district and is involved with NGOs providing relief to the victims. In a nearby govt school, at least 250-300 people whose houses were inundated 3ft deep in rainwater had taken refuge. He told Mojo Story, “Had it not been for the NGOs, the problems of our people would have escalated much more, and the number of people missing and dead would have increased.”

Mojo Story also spoke to Sona Das from Jalalpur about the relief food that reached them from the government. The local said, “The food material provided to us was less than the bare minimum. We received 80gm of oil, 600gm of rice, and 200gm of dal only. So did the other families in our area. We are all surviving on the food that has been provided by the NGOs.”

Religious Strife Spreads to the Capital, Much Ado About Hijab
Lack of Work and a Bleak Future Haunt the Flood-Affected Residents of Delhi