On July 11, in a shocking incident in UP’s Hapur district, two minor Dalit girls students were allegedly beaten up, threatened, and forcefully stripped off their uniforms by two school teachers at a government school in Dahirpur village. 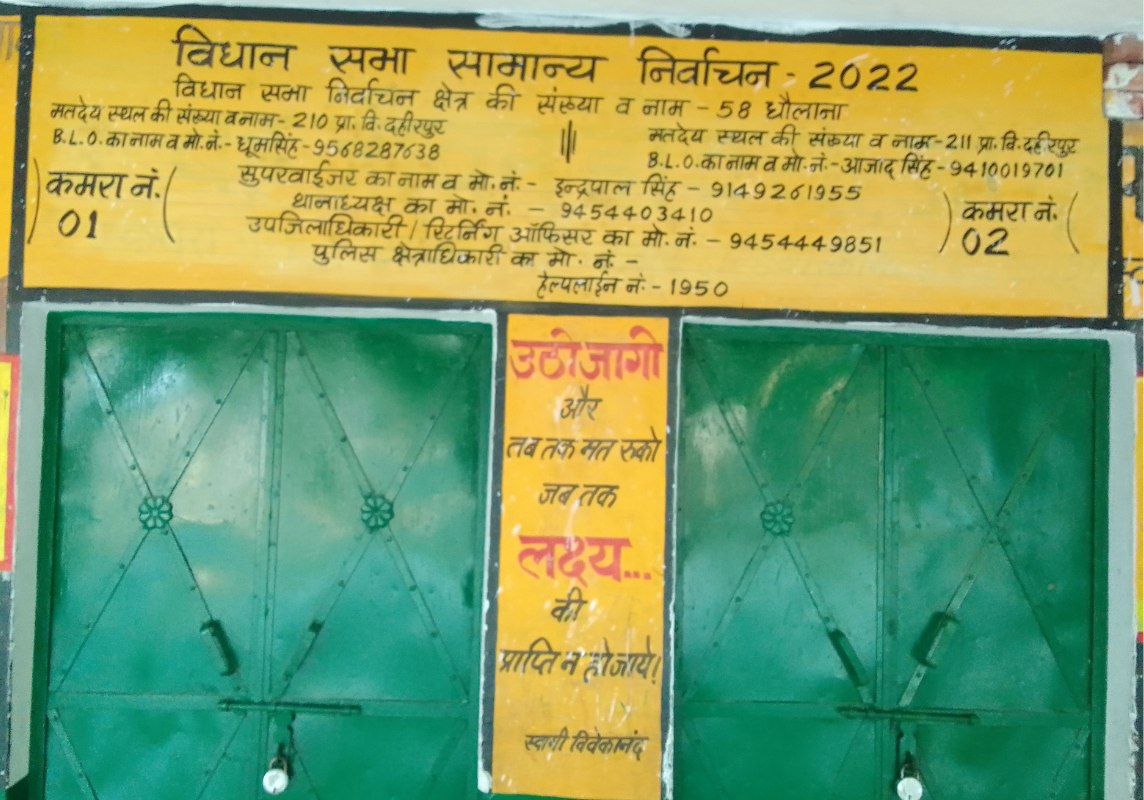 UP is in the top position against Dalit atrocities in India in the latest report of the National Crime Record Bureau (NCRB). As per data from the Home Ministry, UP has registered a maximum of 36,467 cases of crime against Scheduled Castes (SC) in the three years 2018-2021 in India.

On February 24, 2019, a few days before the Lok Sabha election, Prime Minister Narendra Modi released a video in which he washed the feet of five sweepers from the SC caste of the Allahabad Municipal Corporation. It was a stop on his way to the ongoing Kumbh Mela. “It is my wish that your blessings remain with me and that I continue to work for you,” the Prime Minister later tweeted. Nonetheless, despite the government’s claims, discrimination and atrocities against SC and Dalits continue to occur in India.

Both the victims in the Hapur case are in the fourth grade — one of the girls is eight years old, and the other is nine. The two accused teachers allegedly asked the Dalit sisters to lend their uniforms to other girls who were not wearing uniforms for the photo shoot. Parents claimed that the uniforms were returned to the girls after they were kept without clothes for the duration of the photo shoot. The teacher, according to the family, kept the girls not only naked but also beaten and threatened to cut their names if they revealed anything about the incident to the family.

Parents filed a complaint at the nearby Kapoorpur police station, alleging that the Scheduled Caste (SC) students were being discriminated against in school. Earlier, the police did not take any action and took matters lightly. Even two days after the incident, Hapur police replied to a tweet of CPI leader and former MP Subhasini Ali regarding the incident that they didn’t get any complaint and will take necessary action if they did.

However, based on the complaint, the two teachers were suspended on July 13 by Basic Shiksha Adhikari (BSA), “The investigation into the alleged incident is underway, and if they are found guilty, strict action will be taken against them,” said Archana Gupta, BSA. The parents have alleged that despite being suspended, the teachers have been coming to school.

The incident sparked outrage, with many human rights activists alleging that SC students were being discriminated against at the state’s government primary school. Ravikant, the chairman of the NGO ‘Shoshit Kranti Dal,’ later took up the cause and raised it on social media.

On 18 July, seven days after the incident happened, an FIR was filed against the two teachers under sections 323 (punishment for voluntarily causing hurt), 504 (intentional insult with intent to provoke breach of the peace), 166 (public servant disobeying the law, with intent to cause injury to any person), 505 (statements conducing to public mischief), 355 (assault or criminal force with intent to dishonour person, otherwise than on grave provocation) of the IPC and under Section 3 (2) (v) (punishments for offences of atrocities) of the SC/ST (Prevention of Atrocities) Act.

Vijay Sampla, Chairman of the National Commission for Scheduled Castes (NCSC), also asked the police for an action-taken report, after which the FIR was lodged.

UP state education department also ordered the departmental inquiry after the NCSC demanded an action-taken report in the case pertaining to the forceful undressing of the two Dalit school girls.

Gautam, the victim’s father, who works as a carpenter, told Mojo Story, “Like every other day, my daughter and niece (Gunjan* and Amrita* ) went to school wearing school uniforms when two female teachers, Sunita and Vandana, allegedly forced them to take off their uniforms so that other students (who were not in dress) could wear those for a photo session.”

Gunjan said that the teacher asked them not to share the incident with anyone in the family and threatened that if they told their family members, they would be removed from school.

“When I went home in the evening, my daughter was extremely upset. Later, she told me that she was thrashed and stripped by her teachers. He also mentioned in his complaint to BSA that his daughter is scared to go to school and hasn’t since the incident. The complainant claimed that the treatment meted out to his daughters would lead to trauma. Gautam said he is now being pressured by teachers as well as other villagers to remain quiet. 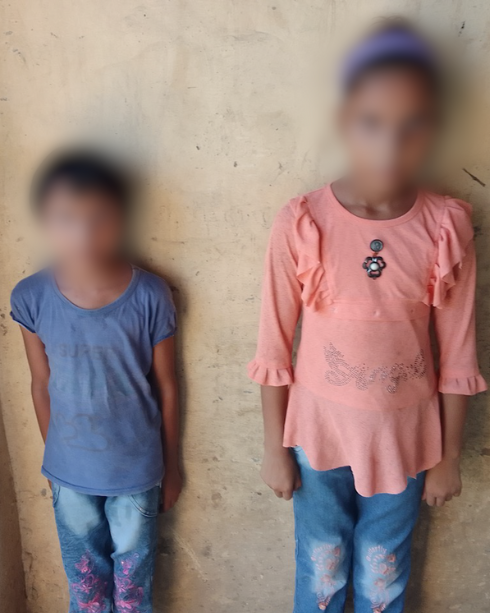 Ravikant also alleged that the suspended teachers organised a panchayat in the village and pressured the girls’ families, through some influential village members, to withdraw their complaint. He said that discrimination against Dalits is continuously rising, and officers are totally autocratic in these cases, “Gautam earlier told me that some men from his village are threatening me to compromise the case and planning my murder too.”

Mojo also talked to one of the teachers, Vandana, who was accused of forcing the girls to take off their uniforms. First, she denied talking about it and then rejected all the allegations levelled against her and called them false and baseless. “Ye sare aarop bebuniyad hain, us bande ka apna personal intention hai.” (the father of the girl is taking revenge for his ‘personal animosity).

She said a month ago, he also falsely accused a person of molestation against his girls, “No such thing happened at the school, I have been highly disturbed by this and nothing more I want to say.”

About the current status of the case, CO Hapur Ashok Sisodia said, “FIR has been filed, and investigation is ongoing.” And Gautam said that there is no pressure on anyone after an FIR is registered against them.

This is not an isolated case of Dalit atrocities in UP. Last month in June, a 13-year-old Dalit girl was allegedly gang-raped and stabbed to death in Chitrakoot district, while the last year, a 16-year Dalit minor student was murdered just metres away from her home in Kirra village in Bulandshahr.

Muhammad Tahir is an Independent Journalist based in Delhi.

Postcard From A Poll Bound Western UP
Kaushambi Man Lynched to Death, Family Calls It A Hate Crime