“Students Paying $500 for Tickets”: The Evacuation Reality of Pisochyn Students

“We may not die of war, but might die due to scarcity of water and food. Please give us some advisory, we students are ready to walk miles if the government wishes us to”, cried a student stranded in Sumy. 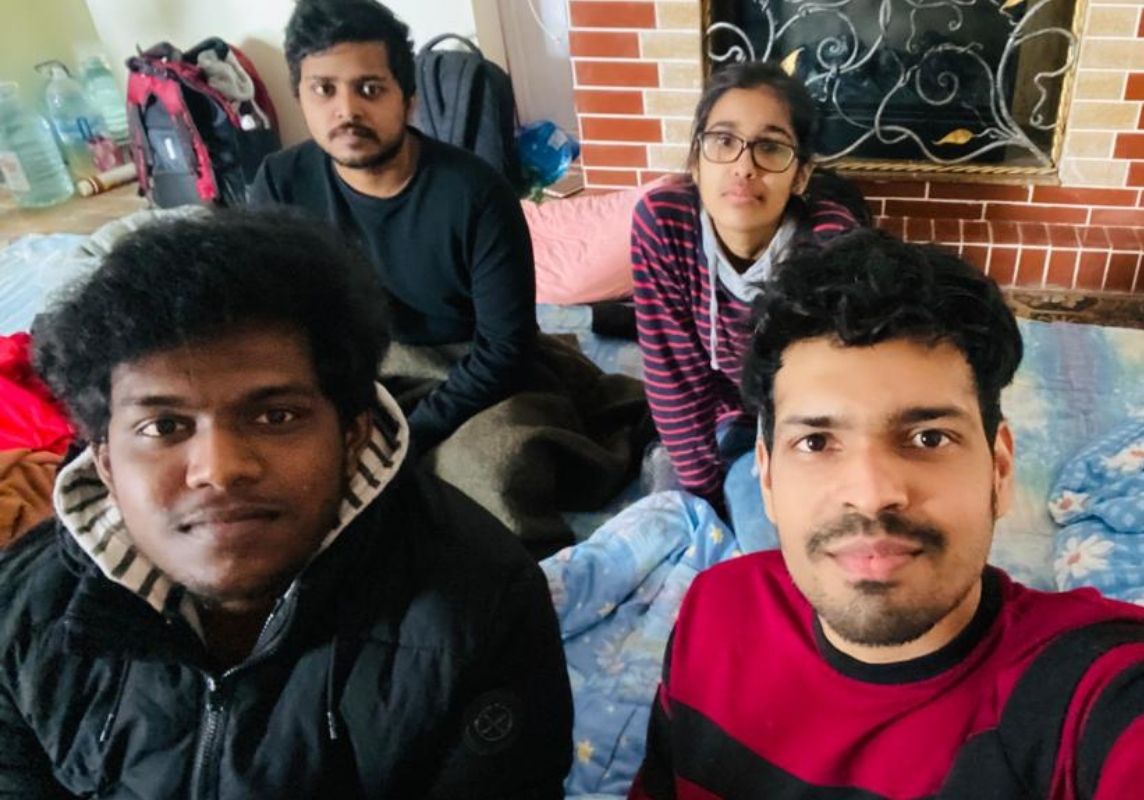 Over the last few days, students in Sumy had been pleading for aid, ringing the Indian consulate regularly for an update to no avail. India boasts a lot about how successful Operation Ganga has been in evacuating most students, but the harsh reality could not be more different. Many in Sumy and Pisochyn are still looking for a way out and many more for food and water.

Since the Russian invasion of Ukraine began in the second half of February as tensions began to rise, India has managed to evacuate over 6000 students.

Mojo Story spoke to a bunch of students who said that even a layman could have foreseen the oncoming conflict. Everyone other than the universities in Ukraine repeatedly turned a blind eye towards the possibility of war, time and again refusing to accept the precarious situation that could have lied ahead of them.

As war broke out in the eastern European nation, students found themselves in a menacing situation. However, colleges continued to request students to stay in the soon-to-be war-torn country and attend classes offline.

With the mounting threat from Russia, almost all students were left with either no way to return to India or had to book tickets worth over INR 80k on limited flights. The students claimed the tickets were four times more expensive as Indian students found themselves in the bunkers of the capital Kyiv and Kharkiv dodging Russian shelling.

After a lot of ruckus on social media on the ignorance shown by the Government of India (GOI) towards the situation and how little it is doing to bring back the Indians stranded abroad, the government has stepped up but not in the way many would expect.

The Indian government started Operation Ganga to evacuate the Indian students from Ukraine. The first flight under this evacuation mission returned with more than 240 Indian nationals from Bucharest on 27th Feb – three days after the invasion officially started.

Since the advisories were issued, the Ministry of External Affairs (MEA) says a total of 17,000 Indian citizens have left Ukraine and flights under Operation Ganga have been expanded to enable the evacuation of remaining students stranded in Ukraine.

The very next day, four Union ministers were sent to the borders of Ukraine’s neighbouring nation to assist in a smoother evacuation process. According to the MEA, there are about 18,000 students stranded in Ukraine, but only about a third have been safely “evacuated” and brought back home.

While a lot of focus was given to Kyiv and Kharkiv because of the heavy and targeted Russian assault, students stuck in Pisochyn and Sumy still await rescue efforts to reach them. As per Mojo’s knowledge, over 2000 students find themselves in either Sumy or Pisochyn – the real number is unknown.

The ministers of the Indian government, instead, have flooded social media platforms with the “marvellous” work PM Modi has done to bring back stranded Indians.

The MEA had issued two urgent advisories leading up to the escalation of battle in Kharkiv. In the second, the embassy had asked Indian students to proceed to Kharkiv’s suburbs of Pisochyn and Babaye, both 11-12 kms away, and Bezlyudovka, 16 km away. This was to be done “as soon as possible under all circumstances.” “Those students who cannot find vehicles or buses and are in the railway station can proceed on foot,” the advisory had informed the students.

Post the first advisory, students made their way to the Kharkiv Railway Station and were made to wait with preference given to Ukrainians, as per several students Mojo spoke to.

On Friday, a few Indian nationals boarded buses from Pisochyn to the western Ukrainian city of Lviv, which was not arranged by the MEA and charged the students an unimaginable $500, according to the students there.

Ansaf, a student who made it to Pisochyn but is now stuck there, in a conversation with Mojo Story described the condition of over 300 students who were living in for two days.

“The worst part is the students who didn’t listen to the Indian advisory and stayed back [in Kharkiv], boarded the train the very same night and are at the Ukrainian border,” Ansaf says with regret.

Ansaf and his friends had first reached the Kharkiv Railway Station as per the first Indian advisory and had hoped to catch the train scheduled later that night or the next morning and took cover in the underground metro station. The heavy bombardment and shelling would continue through the city in Kharkiv as the Russian aggression intensified. 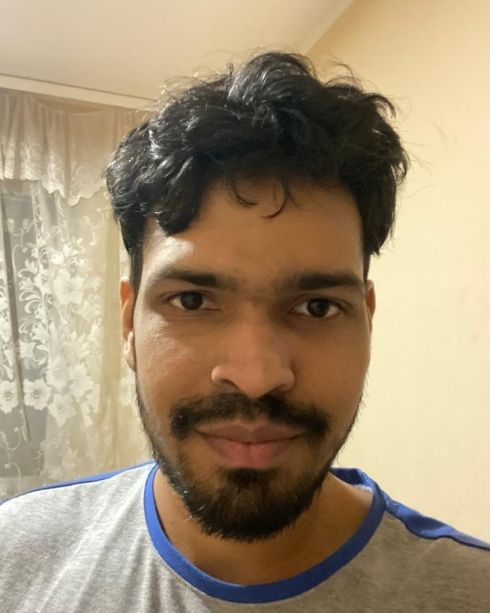 “When we had initially reached the railway station in Kharkiv as advised by the Government of India, we learnt that the Ukrainian army was only allowing women and children to board the train,” claimed Ansaf. Seeing this, Ansaf decided to make his way to Pisochyn.

“Then, came the two advisories of the Indian government asking the students to immediately leave Kharkiv and leave for one of the three places mentioned in the advisory. We trusted the Indian Embassy and started to walk, covering 10kms by foot and reaching the suburb of Pisochyn,” Ansaf started. “But it’s been 2 days, we are stuck here,” he stops abruptly, not knowing what’s to come next.

The Russian attack has wreaked havoc on the region, with shops in shambles and the degree of devastation incomprehensible. Ansaf and the other over 300 students in Pisochyn who are yet to be rescued are surviving on one dish of soup and one piece of bread per day, plus some leftover snacks to tide them over if they go hungry.

Ansaf says trusting the Indian embassy was his biggest mistake, his friends and him have since then been trying to contact the Indian embassy. They either get no response or when they do, they are told that the students are in a safe space and need not panic.

“Evacuation is supposed to be free, right? Why are students paying $500 to board a bus to reach the border? We aren’t receiving anything from the Indian Embassy, just advisory upon advisory,” a frustrated Ansaf vented to the Mojo reporter.

The Indian Embassy in Kyiv’s Twitter handle tweeted of help reaching out to the students in Pisochyn. Buses are en route and expected to arrive soon.

Ansaf cut a frustrated figure, “Where is the bus? We have been told that a bus is arriving but we have yet to have the sight of a bus coming to rescue us.”

For the past few days, students in Sumy are facing multitudes of other problems as well. While the city has largely been unaffected by the war, it is slowly feeling the expansive waves of the Russian attack. Indian students here cried and complained of no water and a tight food supply. This situation has been exacerbated by Russia striking the thermal power plant in Sumy two days ago which was the source of power in the area.

Many students complain of no way out to Poland or Hungary, from where the Indian Government is bringing Indian nationals back to the country. Indian students cry about how they fear losing contact with their family members without electricity to charge their dying phones. With temperatures hitting sub-zero and the heating system of the building irreversibly damaged, the students do not know how long they’ll be able to hold out for.

Hundreds of students in Sumy are impatient and annoyed. On Friday, they took to Twitter to post a video showing they are ready to move towards the border risking their lives.

“Today 4 Explosions were heard from our hostel in Sumy and we also heard airstrikes around..2 at morning 7:00 AM and 2 at 9:30 am Eastern European Time (EET). If any student dies from a gunshot or through a blast, the GOI should be held responsible,” warned Mahtab, another student stuck in Sumy.

The Ministry of External Affairs (MEA) issued a further caution to Indian nationals in Kharkiv on Thursday, warning that the fighting is set to take a turn for the worse. The MEA had urged Indian nationals in the city to be on the lookout for aerial strikes, missile attacks, artillery bombardment, small arms/gunfire, among other signs of fighting.

Raviraj Patel, a student stuck with 600 other students in Sumy, on Saturday morning tweeted seeking help from the Indian government.

“If we don’t die of war, we will surely die of thirst,” Subi, a student in Sumy, told Mojo Story depicting the abject condition they have been subjected to.

Raviraj shared pictures of Indian students fetching water under a dense snowfall after the supply to apartments was cut off, “It has been three-four days like that,” Patel added.

Subi and other students have agreed to walk the many miles required to reach the border to save their lives, but need some guidance from the government before they move ahead.

The Russian military has said that it will observe a ceasefire in two areas – Mariupol and Volnovakha – of Ukraine allowing for civilians to evacuate.

Arindam Bagchi, the MEA Spokesperson, stated in a tweet that the Indian government and all state authorities are deeply concerned about the developing tension and situation of students stuck in Sumy, “Have strongly pressed Russian and Ukrainian governments through multiple channels for an immediate ceasefire to create a safe corridor for our students. Have advised our students to take safety precautions, stay inside shelters and avoid unnecessary risks. The Ministry and our Embassies are in regular touch with the students.”

Time and again, students have received several verbal assurances and advisories from the government’s end. However, as per what the students stuck in Pisochyn and Sumy allege, little has been done in the name of evacuation. Stuck between the fear of life and hope for help, the struggle to find a way back home.

Reproducing While Muslim: The Crisis of Obstetric Violence Against Muslim Women in UP
Exclusive: “AFSPA Not Mentioned in Manifesto But BJP is Committed to Repeal It,” says BJP Manipur President A Sharda Devi