BJP’s Election Weapon: The Extensive Reach of Its IT Cell

With the UP Elections coming to a halt, it becomes important to highlight the most important weaponry used by the ruling regime, their IT Cell. Today, most of the campaigns run before the elections are done via different mediums of social media. Be it WhatsApp, Facebook, Instagram, or Twitter, the IT Cell tries to use all the mediums in a way that the party’s agenda reaches every dinner table conversation. 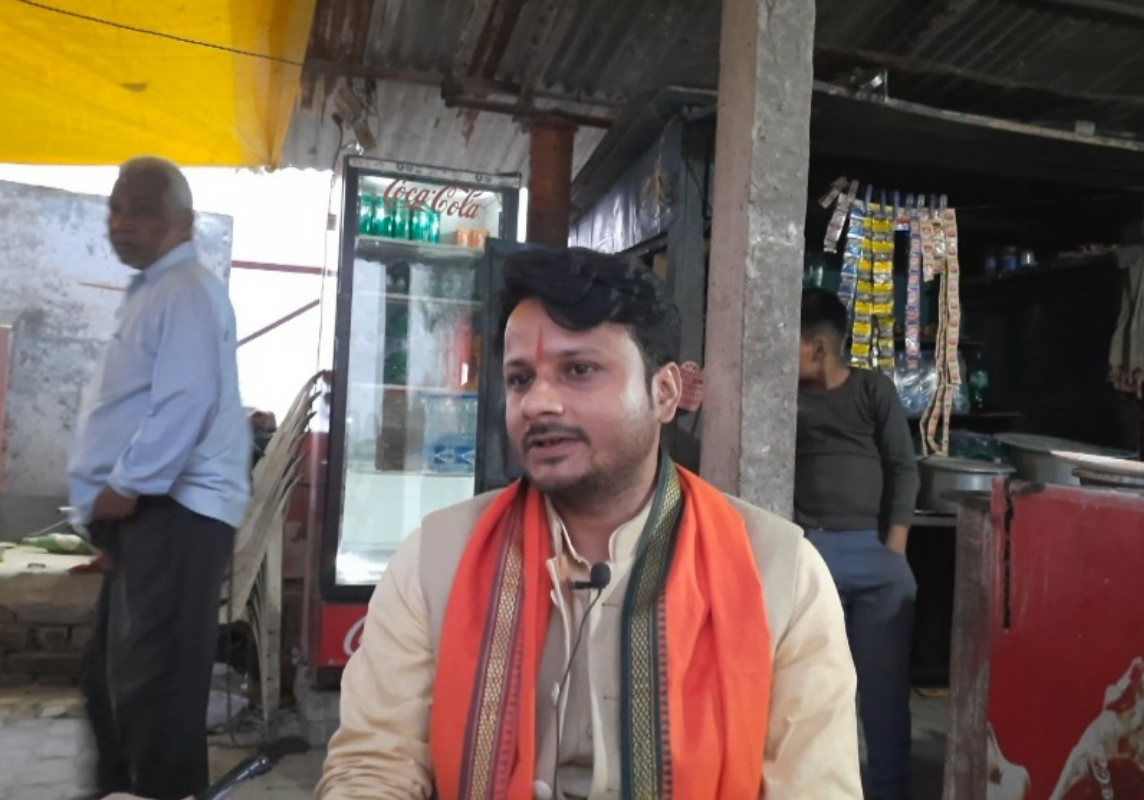 Mojo Story spoke to two different office bearers of the IT Cell who took us deep into the world of social media to figure out the utility of the social media machinery by the ruling party and its impact at the grassroots level. The members of this well-mechanized technology gave Mojo insights into team composition and the formation of messages which are circulated and meet the ideal model of ‘Hindutva’ that the BJP promotes.

A Peek Into the Online Army

“I am the District Mahamantri and also I handle the IT Cell; we cannot express what the IT Cell is and how it functions in words. It’s a united effort, and all the representatives play their part,” said Praveen Dubey.

When Mojo Story tried enquiring on the number of people part of the IT Cell, Dubey said there are thousands of people involved in the chain and that real number is beyond the imaginary. Just including the office bearers, there are about 22-25 people, then there are members in different sections as per their gram, district, and division.

“We follow a proper hierarchical chain of control. The top office bearers are directly in touch with the members from the Centre who guide them on our functioning,” said Praveen. Talking about the beneficiary schemes that the BJP has brought in, Dubey stressed how the policies had benefited people from all dharmas. However, he did accept that the party prioritized ‘Ram’ over anything and everyone.

Who comprises the IT Cell?

Praveen: All the office bearers are selected very carefully and the role defined assigned is subject to selection. We do not just put anyone as the in-charge, there are well-qualified people for different roles. We do not include college students in this. If there is someone who wants to be a part of it, they are most welcome to join the group. The youth wing is the most important element here. Youth is the section of society where the energy is centered, so our top post holders utilize the youth well because we do understand that it is the new generation that understands social media the best.

Do you pass on messages that are oriented towards countering the opposition or the supposed farce they spread on Hindutva?

Praveen: We do answer these things in a way that is required. We cater to a language that is proper and appropriate for a public forum. We get the ambiance ‘election ready’ with the kind of messages that we pass on. We publicize the messages, market the leaders, and design campaigns from the very start. The number of messages we each send ranges between 10,000-50,000. It is a well-managed system.

The IT Cell & Social Media

The social media in-charge of Ayodhya, Luvkush Yadav spoke to the Mojo Story and elaborated on the propaganda that runs on the ground throughout. Yadav told us how the IT Cell’s responsibility does not end ever. It continues throughout the year using different strategies. Yadav helped us delve more into the chain of messages sent, the message of ‘Hindutva’, and the use of social media by the BJP for their agenda.

What is the scale of your work at the grassroots?

Luvkush: We work in 4 shifts which are dispersed throughout the day and our job is to circulate content in them. In every shift, I reach out to at least 2,000 people. And under me, there are 15 more people, every person tries to reach out to around 1000 people each. This large-scale sharing of content happens usually during elections and continues for at least a month.

Our team changes every once in a while. The IT Cell is given prime importance and we try to include every person who seems to be promising and has the potential to work diligently.

Every message that we get has to run on all the social media platforms. Starting with Twitter, WhatsApp, and Facebook. Seeing the audience here, as of now, we are not focusing much on Instagram and Koo App.

We try to reach out to as many people as we can. We here in Ayodhya have 7 sub-divisions, every sub-digivision has 4 other mandals or sub-groups. Every mandal then has a social media in charge.

How many WhatsApp groups do you handle?

Luvkush: I am a part of 200 WhatsApp groups. The ones who are under me are part of at least 60-70 groups. Now, for broadcast, we have 4 different groups and every group has reached the maximum limit of 256 people.

How do you use WhatsApp to get your ideology across? How does religion play a part in your messages?

Luvkush: Firstly, we try to send as many messages as we can over WhatsApp groups. We also use the speeches of opposition leaders – trim them for the part we need and match it to our agenda as per the speeches of our leaders.

We, then, roll them out in the groups from where it’s forwarded to other places. Sharing parts of speeches helps us layout our plans.

As of now, we send messages oriented to Ram Janmabhoomi, Kashi Vishwanath, and the other issues of ‘Aastha’. Then, we focus on the places of worship. We use clips of the opposition leaders visiting ‘dargahs’ and our leaders visiting ‘mandirs.’

How important does it become for you to defame or post against the opposition leaders and their speeches?

Luvkush: Leaders like Owaisi are nothing but baits for us. They do nothing but benefit us, so speeches of Owaisi become our prime target naturally. The more Owaisi speaks, the better the vote bank will be polarized towards the BJP. This is why many say that the AIMIM is the B-Team of the BJP. We do accept it amongst ourselves but this cannot be said at the front.

How important is ‘Rashtravaad’ for the IT Cell and the messages it circulates?

Luvkush: Rashtravaad is solely the most important subject to focus on for us. Many times, different parties try to portray nationalism in different lights, it is our job to counter them and propagate the message that the party wants. Rashtravaad ko saath leke hi hum sabhi ko gherte hai (We use nationalism to attack all who are against the regime)

How important of a role is the minority vote bank? What do you do to target them?

Luvkush: Triple Talaq is the major issue based on which we target the minorities specifically Muslim women.

And as far as the Muslim men are concerned, we are in a position where even if we neglect their votes, we can come into power. If I give you an aggregate from my end, Muslims are about 20% here. It is a big vote bank, women comprise about 5% of this. If we just target this, we can easily win.

Be it the election day, post the elections, we are never free. We need to work continuously at a steady pace. It is only the nature of work that changes for us. On election day, we send messages which would directly hit the voters to their core.

How do you pull the voters to the booth on the polling day?

Luvkush: Polling day becomes very important in the sense that we need to give the voters a final push. For this, we need something which would resonate with the voters to the core. Therefore, we remind the voters of the riots that happened in Ayodhya in 2012. Our messages today revolved only around the riots and the ones who were in power back then. We tell the voters that if they want a riot-free Ayodhya, BJP has to be in power.

What do you do to counter the latest trends?

Luvkush: There are different ways of working on content. Suppose, on the day that Ravi Kishan had his rally here in Ayodhya, people from Samajwadi Party tried to create some discrepancy. Countering this, we made a video shared 16k times.

Do you run an analysis of your successes and failures post the election phase?

Luvkush: Post elections, we analyze the situation in every booth. This is where we decide which are the booths where we fall back, and the ones where we are strong. Post this analysis, we take further steps. Some people do booth grading, divide it into red, orange, and green, and it is from here that the process continues.

UP saw thousands of deaths during Covid under the BJP regime. How will the IT Cell counter questions raised against their mismanagement in that period?

Luvkush: We focused on sharing constant images and videos of members from BJP, Vishwa Hindu Parishad, and Bajrang Dal who shared food packets with the poor and the way different leaders were trying to spread awareness regarding Covid. During Ramadan, videos and pictures of food packets with a sticker ‘Ramazan Mubarak’ being distributed by the MLAs of different areas were focused on.

Right after the assembly polls in UP, the IT Cell’s focus shifts to the mayoral elections ahead. IT cell members tell Mojo that the Civic polls take more effort and work. But, the message is clear: ‘Hindutva needs to be propagated to every Youth and elderly in the State.