As our plane touches down in Ahmedabad, a co-passenger receives a phone call from a relative, who teases him about the recently busted Indian Premier League (IPL) in Molipur village in Mehsana district. 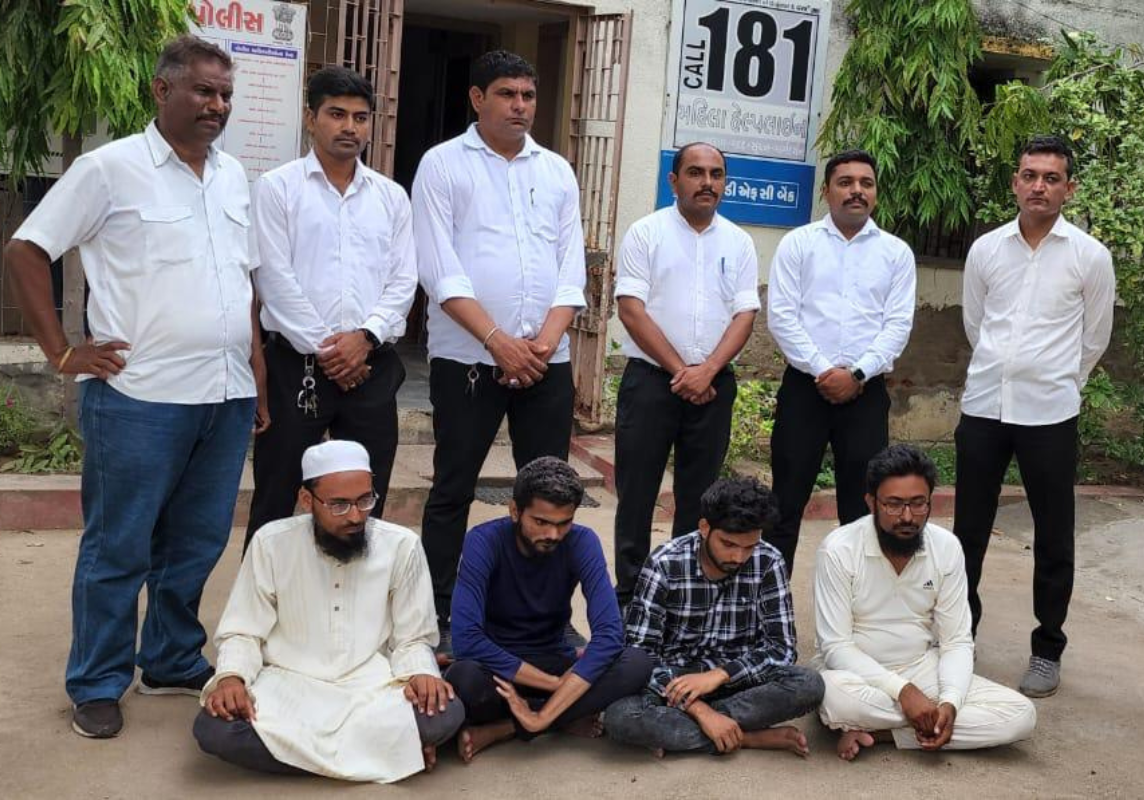 While I was retrieving my luggage from the overhead bin, he looked up and said, “Vadnagar ka apna Modiji hai na, wo international fame diya. Sirf, chokra log naam kharab karta hai.” (Our very own Prime Minister Modi has elevated Vadnagar to international prominence. These boys (those involved in betting) have tarnished the place.

The city is seemingly curious about a dummy IPL T-20 cricket tournament revealed by the Special Operations Group (SOG) of Mehsana Police.

Molipur, a Sunni-Muslim-dominated village, an hour and a half drive from Ahmedabad Airport, is home to Shoaib Davda, one of the accused of running a bogus cricket league. When his mother and another relative were asked about Shoaib and his alleged Russian connection, they said nothing, saying that according to Islamic preachings, women are not permitted to appear on camera.

Soon, Mojo Story tried talking to villagers in the Molipur village and realized it was not only Shoaib’s family that was tight-lipped about the case but most of the other people in the village too.

Everybody was confident of the every other person that no one would tell anything related to the case to media as people are “staunch believers of Islam” and to further strengthen their argument, a village elder gives us an example, “No household in Molipur owns a Television. It is ‘haram’ (prohibited) as per Islamic preachings.”

The Molipur Stadium’ hosted the iconic match of the Century Hitters T-20 cricket tournament between Chennai Fighters and Gandhinagar Challengers, the tournament and team names were inspired by the original IPL and its teams Chennai Super Kings and Gujarat Titans.

The aforementioned stadium is roughly a 20-yard circle of an international cricket stadium surrounded by bamboo sticks that serve as a boundary. The outfield, which was brown and dusty prior to the police raids, is now grassy and damp as a result of the heavy monsoon rains that India’s western coast is receiving. A light green mat cover nailed to the ground secures the pitch. The pitch has a ball spot on only one side of the stumps, indicating that batters were only batting from one side. A tree-house-like structure opposite the batting side of the stumps allegedly served as the commentary box. And to the left of it is a small tin house, ostensibly the pavilion. 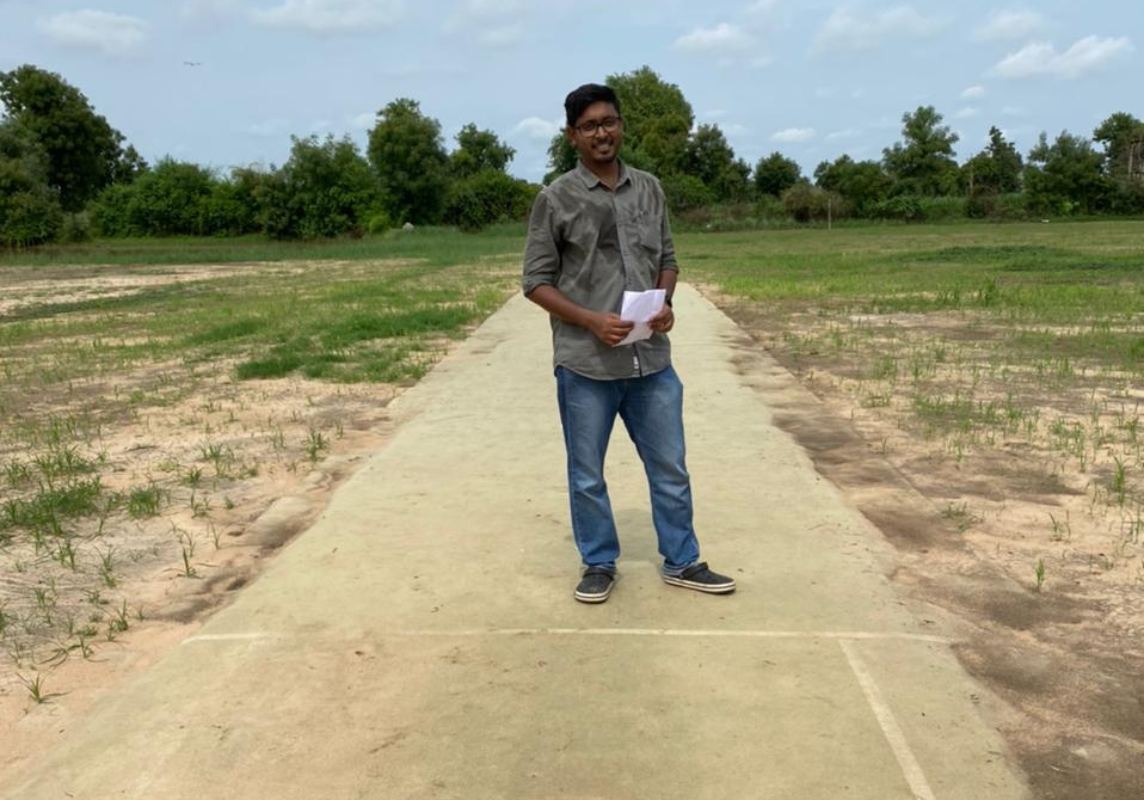 On the screen are an umpire, two batters from Chennai Fighters wearing parrot green t-shirts, and a wicketkeeper and bowler from Gandhinagar Challengers wearing orange-black fire flame-like printed t-shirts. The batters have difficulty timing the ball and run clumsy ones or twos. Their thigh guards are tied over their pants. The wicketkeeper struggles with the wicketkeeping gloves and frequently fails to properly gather the ball. Batter’s stance and shot selection are both miserable.

Even after the powerful strokes, the audience on screen is unable to see if the ball has crossed the boundary because the camera angle is fixed to the pitch. Even after an over is finished, the bowling end remains constant. A blue strap at the bottom of the screen keeps track of the match figures, including the batter’s score, the opponent team’s final score, the number of overs, and the bowler’s figures.

Curiously in a desultory cricket match, the umpire seems to be more energetic than the batters and wicketkeeper. He holds a walkie-talkie in rustic style, waves his hands vigorously, and signals fours and sixes, wides and no balls.

For cricket lovers all this looks like a local T-20 match being played in rural India until Mehsana Police raided the venue and exposed the fake cricket tournament.

Shukhaji Thakur, 50, captain of the Gandhinagar Challengers is a farmer by profession — his village Jaggapura is four kilometers from Molipur. He told Mojo Story that Shoaib Davda had approached him for playing in the tournament, “Shoaib offered 400 rupees per match. It sounded like an excellent opportunity to maximize my income apart from farming, hence, I agreed to play. I had no idea that the cricket match had international connections.” 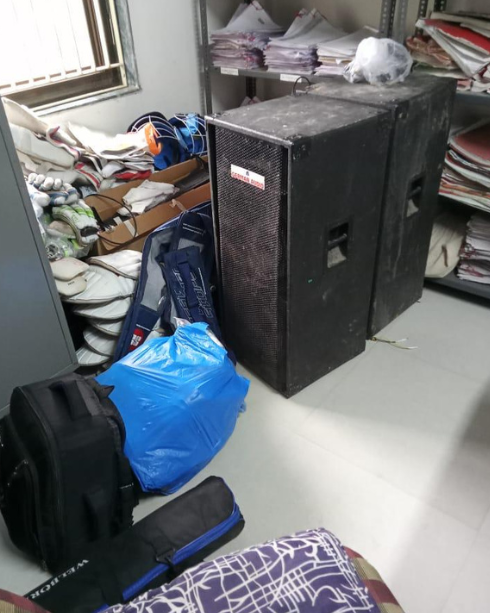 Shukhaji’s cricketing career, which started with tennis ball cricket and progressed to a few leather-ball matches, has abruptly come to an end, “I am not playing cricket anymore. I am scared; my family is scared. I have been falsely trapped in all this. The only truth is that I know nothing.” He added that he was supposed to get match fees after eight days, but before eight days could complete, Shoaib got arrested.

Ismail Bhai Jamal Bhai Dhaniya, Village Head of Molipur, stated, “The whole village knows Shoaib’s family — they are poor but good people. Shoaib’s family is so ashamed that they haven’t stepped out of their house. We hope Shoaib comes out clean in the investigation.”

The First Information Report (FIR) has been filed in Vadnagar Police Station under sections – Indian Penal Code (IPC) 120 (B), 4 and 5 of The Public Gambling Act, 66 and 43 of Information and Technology (IT) Act. Four people have been named as accused – Shoaib Davda, Sakib Riyazuddin Saifi, Abu Bakarkol, Sadiq Davda and Asif Mohammad. Asif is claimed to be a bookie from Russia.

Until three months ago, Shoaib Davda was in Russia. “After his father’s death at a young age, most of the family responsibilities naturally fell on Shoaib. He used to run small businesses to support his family and was deeply in debt. Some local agents in Mehsana advised him that going abroad would provide him with better opportunities and allow him to pay off his debts sooner. As a result, he went to Russia and worked for a moving and packing company. He met Asif Mohammad in Russia, who enticed him into playing cricket. Asif offered him more money than he was making as movers and packers. This is exactly how Shoaib got into cricket,” Shoaib’s friend Altaf explained.

“For quite some time, he was looking for a ground, but people in the village were reluctant to give their farmland for cricket matches,” says Altaf, “Finally, he got Ghulam bhai’s space near Kabristan (burial ground for Muslims). Nobody in the village ever doubted as boys usually play cricket, and even local tournaments were held, so there was nothing to be suspicious about.”

According to Mehsana Police, the majority of the betters were based in Moscow, Voronezh, and Tver, “Shoaib Davda would accept live bets via Telegram. He would communicate with the umpire via walkie-talkie if the ball was to be hit for a four or six, and the umpire would instruct the batter.,” said Bhavesh Rathor, SOG Mehsana. 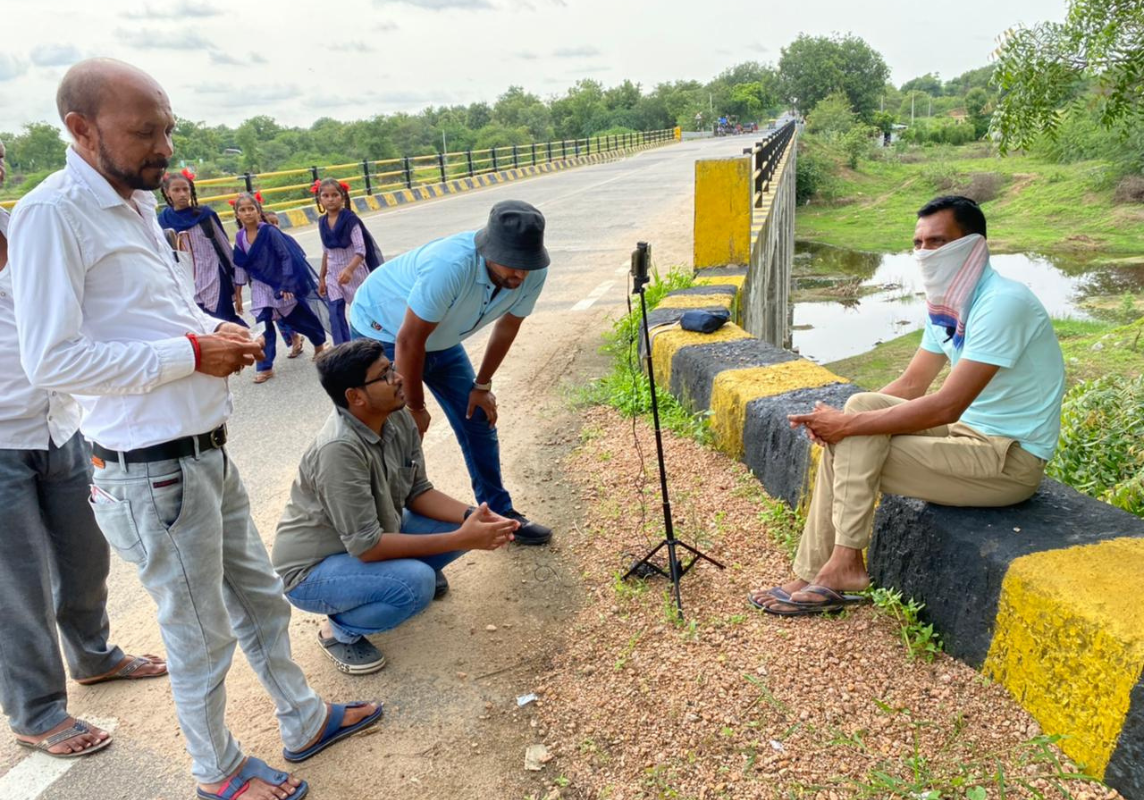 Prima facie investigation suggests that most of the players fell into gambling unknowingly just for the financial benefit of 400 rupees. He also confirmed that Hapur Police in Meerut had contacted Mehsana Police to nab a similar IPL-like tournament in the region. “For now, it’s difficult to say if both Mehsana and Hapur cases are linked. Interrogations are underway,” added Rathor.

They said that the police are minutely investigating Shoaib’s Russia connection as it might lead to cracking a huge betting racket in India and its technological advancements.

The match was beamed on two HD (high-definition) on a YouTube channel with just around 300 subscribers.

“Shoaib is innocent, he didn’t even know the Century Hitters T-20 matches were part of some gambling racket,” Shoaib’s lawyer Raybhanji Thakur.

“Asif Mohammad, the fifth accused in the case, until now seems to be the main accused. He was the one who coordinated with punters. Shoaib and others were just acting on his directions without knowing much about the intentions of the tournament,” said Thakur.

Though Police have not registered any FIRs against the ‘players’, most of them have left the village because of the fear of being framed, say villagers. The police have seized LED lights, sound boxes, gloves, cricket pads, and others from the ground.

Joy Bhattacharjya, a sports producer and former director of an IPL team, stated that he was not surprised because such staged tournaments are common not only in India but also in Pakistan and Nepal, “It is just normality of it being caught. Otherwise, it is just one of those things. It was definitely a theatre tournament, and hence an element of betting is there. The idea of such fixed matches is to bet and make money.”

He further explained that illegal gambling and fixed matches are now a worldwide problem. Even during a live match, the possibility of something fishy happening is very high. Because everything is being tracked on the computer, this is where the punters actually calculate. Understanding how it (betting) is done is a better way to proceed.

While the police progress in the investigation and a team of Mehsana Police have been dispatched to Uttar Pradesh’s Meerut, all the accused have been given interim bail by the local court.