When Mojo Story arrived at the Akshardham flyover, it saw crowded footpaths, charpoys beneath the flyover, cow dung on the roads, and a makeshift shelter. The location where hundreds of working-class residents, who live on the banks of the Yamuna, seek refuge as their homes flood. The majority of the people here are farmers, while others work as daily wage labourers or as auto drivers. 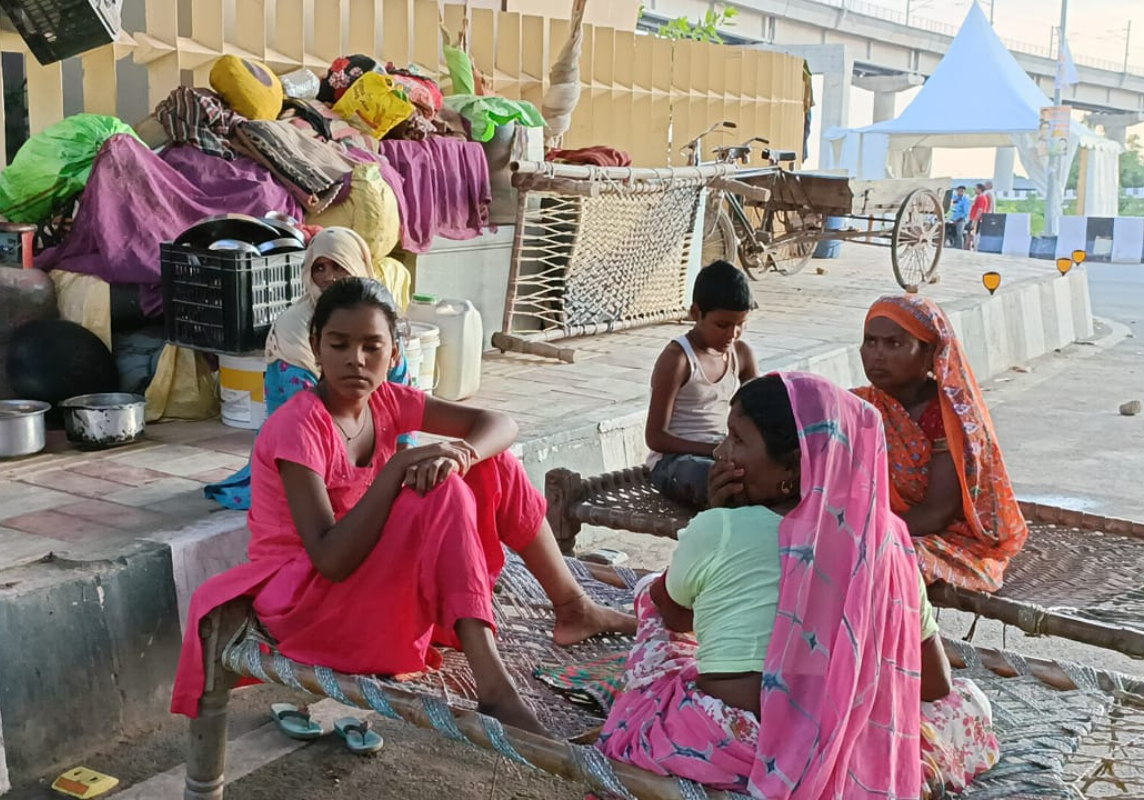 The Kejriwal government in Delhi, ever since it came to power, has stressed the problems affiliated to the Yamuna and how they were addressing them. Residents, on the other hand, claim that little has been done so far. The Yamuna banks are not prone to flooding; the last time one occurred was in 2013. However, this year, hundreds were forced to temporarily migrate to the roads. As much as the lack of food, electricity, and shelter is their worry at the moment, what haunts them, even more is the future, as the farmers of Delhi have lost all their crops.

Vijay runs a family of 5 and does farming for a living. He says that if prior information was given to them about the floods, they would have been in a better position and would at least have carried all their belongings with them, “The crops which were ready to be sold could have been plucked out and would have fetched us some money, but the government people came only after our houses were submerged in knee deep water. As a result, all our crops were destroyed.” The residents say the government had taken the situation very leniently as announcements to evacuate the area were made only twice.

Vijay was injured while fleeing the floods and now has difficulty walking. He and many others have been trying to work as daily wage labourers, but it appears difficult because every place has an excess of labour. While Vijay walks around his shelter, his 15-year-old daughter cooks and his wife rests on the only charpoy they could get out of his house. His wife guards all of their belongings for half of the night because people living under the flyover have frequently witnessed burglaries and thieves stealing people’s belongings during the night.

Many residents in the past one week have alleged that expensive belongings like gas cylinders, stoves and clothes were being stolen away from their temporary homes. This flyover is the one that connects to the Highway. Due to this, the citizens often experience heavy traffic near them. Many young children are left with no option but to play on the roads. Due to this, they are always at a high risk of their children meeting an accident.

Rani, a middle-aged woman, has a family of nine, apart from the livestock she has. While running away from the floods, Rani brought with her one buffalo and 8 goats she pets. Since there is no earning, buying fodder for her cattle has become difficult. When asked about the government aid she has received, Rani says,” In the first place, they did not inform us about the rising water. Secondly, I literally sleep on the floor with my cattle. So do the other members of my family. There are days when we do not receive food at all, and on other days, they just give us a fist full of rice. Would it be possible to sustain the whole family in that?”

Their problems are not just limited to this. The victims have no source of power to charge their phones or use lights. The only thing they have is a solar panel. 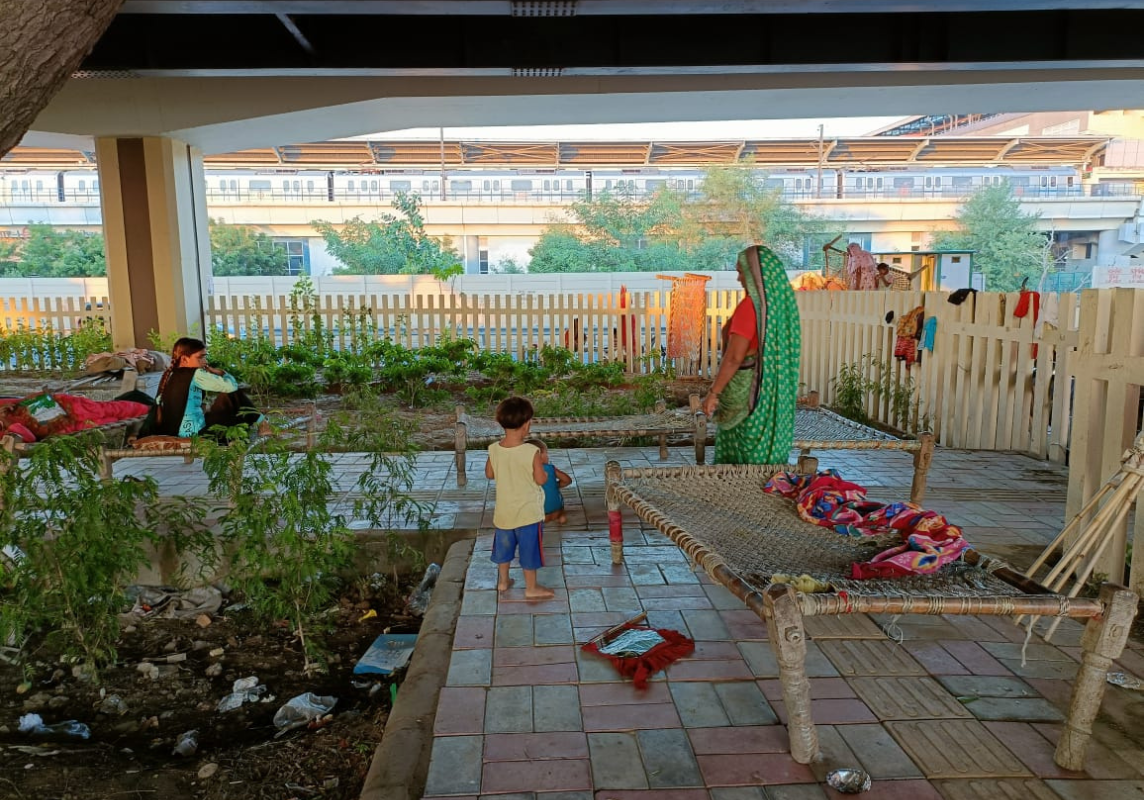 A considerable number of adolescents and teenagers who are in the middle of their mid-term exams have to light their mobile torches and study under them, hounded by mosquitoes during the night. Half of their books were washed away in the floods, and the schools are yet to provide them with replacements for the same. Suraj, a 9th-grade student, narrated,” Every morning begins with problems. My school is at the Chilla border. I have to walk 5km every day. If the water tanker does not come on time, I do not get water to use the washroom or to take a shower. I have always been a bright student, but lately, due to the floods, my entire routine has been ruined.”

Things have recently become difficult not only for people but also for livestock. It was easier to feed the cattle when these people lived in the woods and on the banks of the Yamuna. The cattle could even be allowed to roam freely and feed themselves. However, because of the migration, the cows, buffaloes, and goats have nowhere to go. Food for cattle has become difficult as a result of the complete instability in the citizen’s routine. All they eat is regular grass and other shrubs found by the owners behind the metro station.

Women’s safety and care for sanitation is another issue which bothers them. No access to washrooms and lack of public or temporary toilets in the flyover area have left the people no choice but to go out in the open. Drinking water sometimes comes too late, and buying mineral water for them is not a choice. Women find it extremely difficult and cannot take a bath or use the loo without their family members guarding from all corners.

As of now, the ones whose homes are in better condition and a bit far from the banks have started to return. Hundreds still reside in the same place without much help from the government. A continuous compromise of the children’s education continues. Amid everything, repetition of the same fears these farmers and labourers. With lack of work, crops destroyed and unending household expenses, the working class of Yamuna banks stare at a bleak future.

Assam Floods: Thousands Displaced, 30 Dead and Many Missing Post Cyclone ‘Asani’
The Human Stories Inside Singhu Border: Why the Farmers Protest Will Still Go On