Goa Elections: Mining Is A Issue, But Is It A Poll Issue 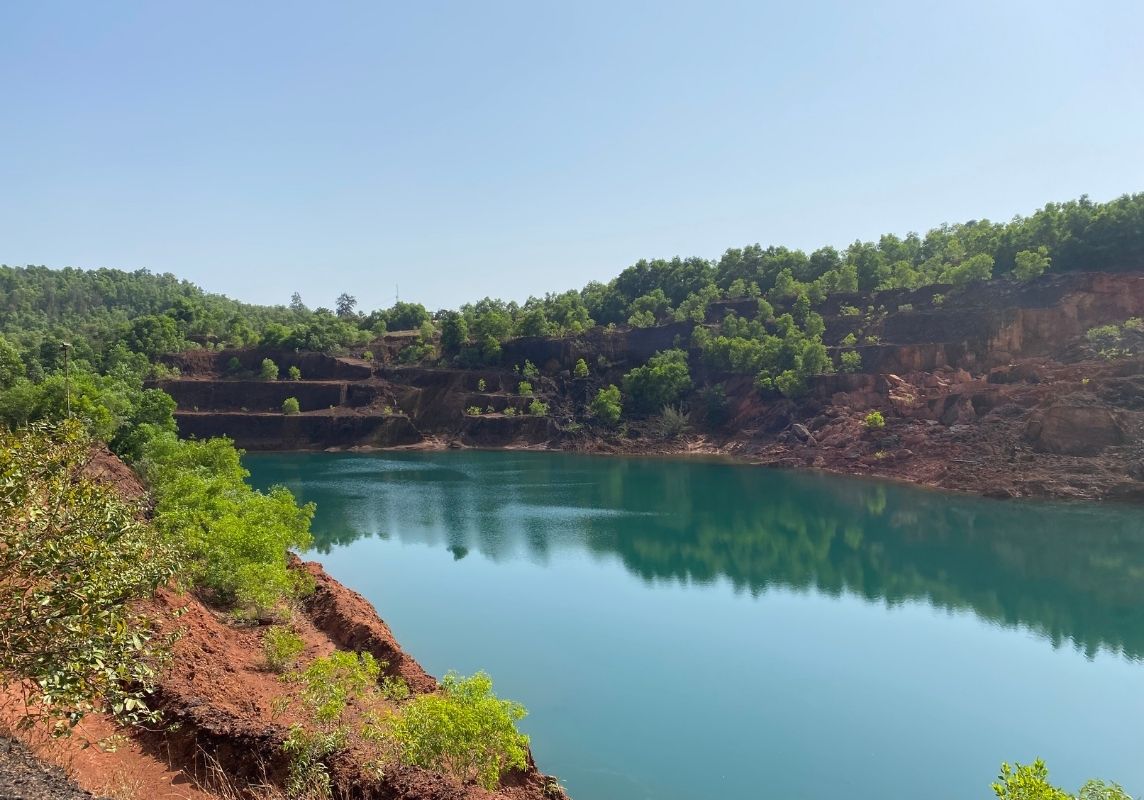 “So would you consider the mining as an issue while you go to cast vote?,” asked this reporter, to which both men did not smile and preferred to pass saying, “Abhi thoda naye walon ko bhi mauka de sakte hain (This time we might give the opportunity to someone new.)”

Three of Pardeep’s family members were engaged in mining-related work until 2015 and now have been doing different work to sustain life. “My brother is now suffering from a chronic respiratory problem because of dust pollution. At least, he doesn’t want to come back to mine,” Pradeep said.

As the election fever takes hold in Goa, the issue of mining has started haunting political parties and has been a topic of extensive discussion. Just days before the election code of conduct came into force, Chief Minister Pramod Sawant made a slew of announcements towards resuming iron ore mining in the coastal state.

Sawant told the media that 10 to 20 million tonnes of low-grade iron ore falling outside of the mining leases could be exported as part of the policy. The Chief Minister himself hails from the mining belt and the timing of the announcement, just before the code of conduct came into force, points towards the prominence of the issue in a poll-bound state.

However, mining in Goa has been under legal scrutiny since 2012, the year when the state government suspended iron ore mining following Justice MB Shah Commission of Inquiry on ‘Illegal Mining in the State of Goa.’ While the Environment Ministry did not give it the required clearance, Goa Foundation, a local organization working in the region, approached the Supreme Court for clarity on the subject. In 2012, the tribunal at the top court banned all activities related to iron ore.

In 2014, however, the court lifted the ban with a 20 million tonne per year cap on iron ore extraction – less than half of the original 45 million tonnes before the ban. From 2014 to 2015, the Environment Ministry revoke the abeyance of its clearances. During the same time, the Mines Department also renewed the mining leases and Goa State Pollution Control Board also granted the required permissions for operation.

The Goa Foundation took action and once again challenged the validity of at least 88 mining leases in the Supreme Court. Finally, in 2018, the apex court quashed the renewal of mining leases. The court subsequently dismissed the review petitions filed by the state government. The Special Leave Petition (SLP) filed by the mining companies was also dismissed by the High Court of Bombay in Panaji.

All the political parties have stood firm on their stance of restarting mining in the state if voted to power. Although Goans have a mixed opinion on mining, political parties are adamant about restarting mining because not only does it oil the economy but also is a massive source of party funding. It is the mining lobby that has played a significant role in deciding the political fate of Goa, before the casinos and real estate became so important.

“Political parties are adamant on restarting rampant mining because it is one of the largest sources of corruption in Goa. Just analyze the candidates who are contesting elections especially in the mining constituencies, and who are the biggest donors to the political parties, you get to understand the conflict of interest. So why would parties cut the hands that feed them,” asks Kalpesh Sangodkar, a cafe owner and an activist in the Quepem region of South Goa. 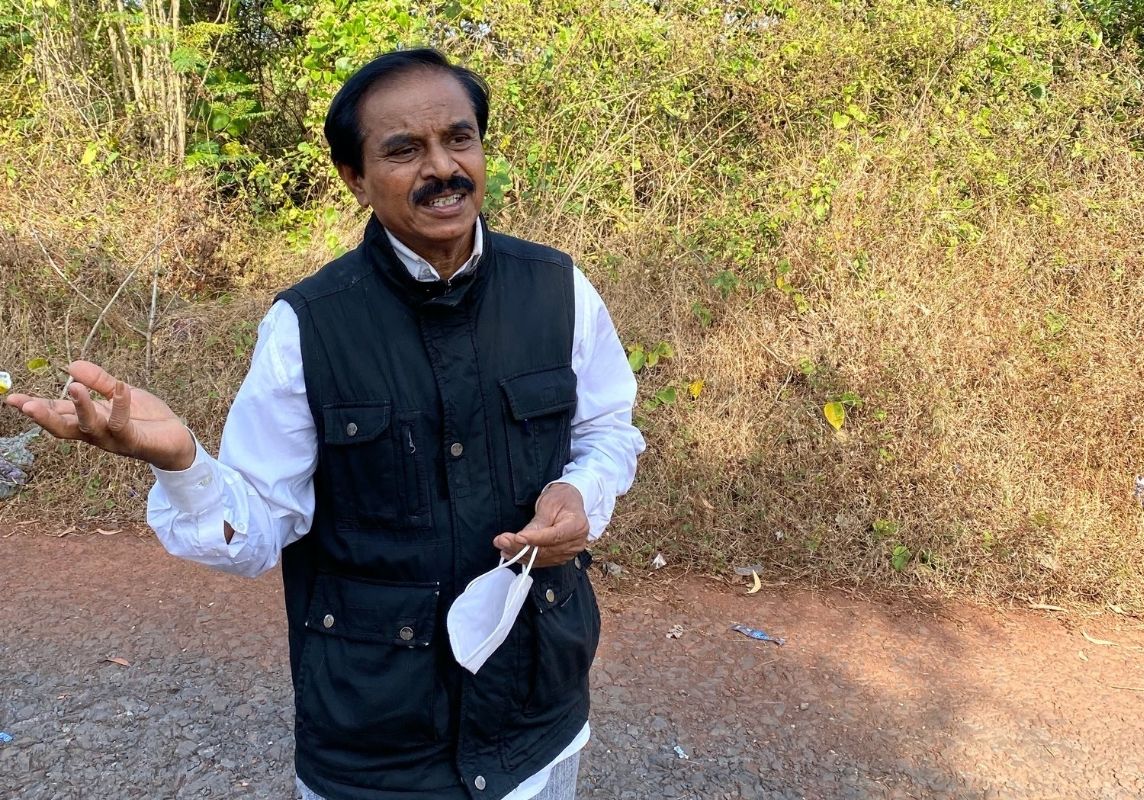 Mining sustains more than three lakh people and has the potential to impact at least a dozen constituencies. According to numbers provided during the assembly session in 2020, current CM Pramod Sawant, then Minister for Mines & Geology, informed that nearly 4,000 people were directly employed in the mining sector.

On the other hand, it is also Goa’s largest environmental and social problem. It has destroyed and degraded large scale agricultural lands, khazans and rivers, the source of infamous goan fish curry and rice. Mining has altered co-sensitive areas and affected biodiversity drastically. The large-scale dust pollution causes severe damage to the lungs, is responsible for digestion disorders, and other health ailments to people living in the mining belt.

While the parties are committed to restarting mining in what is India’s second-biggest iron ore producing state, they lack a roadmap on how to go about it. In such a scenario, where uncertainties on mining loom large, a local movement ‘Goenchi Mati Movement’ is brewing up in the state and has released a manifesto. It recommends ways which according to them will maintain both the interests of the people dependent and affected by the mining and the government.

The Goenchi Mati Movement (GMM) proposes a set of reforms related to mining – based on principles of community ownership and custodianship of minerals. They invoke the ‘Public Trust Doctrine’ (Article 21 Right To Life) and the Principle of Intergenerational Equity where the state merely acts as a trustee of natural resources and that the inherited resources to the present generation must be passed on to the future generations.

GMM suggests that the government needs to ensure sufficient minerals are available for future generations in accordance with environmental and legal requirements. It also proposes to dispose of the current dumps before embarking on fresh activities. This, they say, will generate money for the Goenchi Mati Permanent Fund, a fund that will deposit all money from the mining of all minerals and will be used for maximum long term returns in excess of inflation and will also deal with two environmental problems – the dumps and abandoned pits.

In a detailed conversation with Mojo Story, Rahul Basu, convenor of Goa Foundation, said, “Our proposal is to concentrate mining. We would seek a policy to cancel all existing major mineral leases and minor mineral leases will only be granted through auctions. All new mining would be done by the state government on the principle of Zero Loss Mining and Zero Waste Mining.”

GMM is strictly opposed to rampant mining and also is not supportive of banning mining either. Hence, they propose a cap on mining. “On environmental grounds, we recommend a starting cap of 12 million tons per annum, with the ability to raise and lower based on performance vis-à-vis meeting all environmental parameters,” said Basu.

Basu also claims that the recommendations that GMM is proposing will be in the interests of ‘all’ stakeholders. Interestingly, it doesn’t consider private corporations as any stakeholder. To put this into perspective, it’s important to mention that Vedanta, one of the giant companies notoriously infamous for alleged environmental crimes in civil society spaces, has been involved in mining in Goa for a very long time. Even when the mining ban was lifted in 2014-15, Vedanta soon began its operations in Codli Mines. Among the leases that the Goa Foundation had approached the Supreme Court about was Vedanta’s.

GMM stakeholders include mining dependent, mining-affected Goans and future Goans. According to them, mining dependents will have interim plans that will protect the transportation business, while creating new jobs and opportunities through the road and the reskilling programme. Mining affecteds will be benefitted as clearing dumps and restoring abandoned mines will reduce the overall environmental impact. Goans both present and future generations are expected to benefit from zero loss mining.

The All India Trinamool Congress (TMC) has supported GMM’s recommendations. Aam Aadmi Party (AAP) supremo and Delhi CM Arvind Kejriwal while addressing people in Valpoi, Poriem and Sankhalim constituencies said, “Stalled mining operations in Goa will be resumed within six months if his party is voted to power in the next year’s Assembly elections.” Though, Kejriwal didn’t speak on how mining could be resumed in a short time of six months.

A few Goans also are of the view that the BJP government had a golden opportunity to leverage the mining issue. “Iron ore and dumps worth over Rs. 10,000 crores become state government’s property. While the court had cancelled the leases, that meant no mining leases were valid. Had the BJP government wanted, they could have completely redesigned the system,” said Tata Afonso, a local from the Quepem constituency. According to GMM, the estimated amount recoverable on account of illegal mining exceeded Rs. 65,000 crores.

“Leaders, be it of any party, have absolutely no clue about the matters of mining, rehabilitation or restoration. They are just making statements because they have to. None of them is concerned about the fragile goan ecosystem,” disappointed at the non-serious announcements by parties, Ramesh Gauns, a government teacher and social activist based in Bicholim told MoJo. Gauns is known for his resistance against Vedanta. He has been subject to threats and different kinds of intimidation from companies.

“If at all mining restarts, Goa will run out of drinking water,” Gauns warned.

Given the situation, what should be the way forward?

“Complete rehabilitation of the villages that have been affected by mining. All the mining leases must be canceled and an auction should be done for the allotment of new ones and in sync with the guidelines of the court that only allows  20 million tonnes per year of iron ore extraction. Mining should not resume in the areas where an extraction has already taken place, while mining at a reasonably small scale may start in the new areas considering feasibility, water bodies, forests and court guidelines,” Gauns answered.