Due to pressure from Hindutva groups, the organizers of annual fairs in Karnataka- including temple trusts and administration – have banned Muslim traders and vendors from conducting business during festivals. 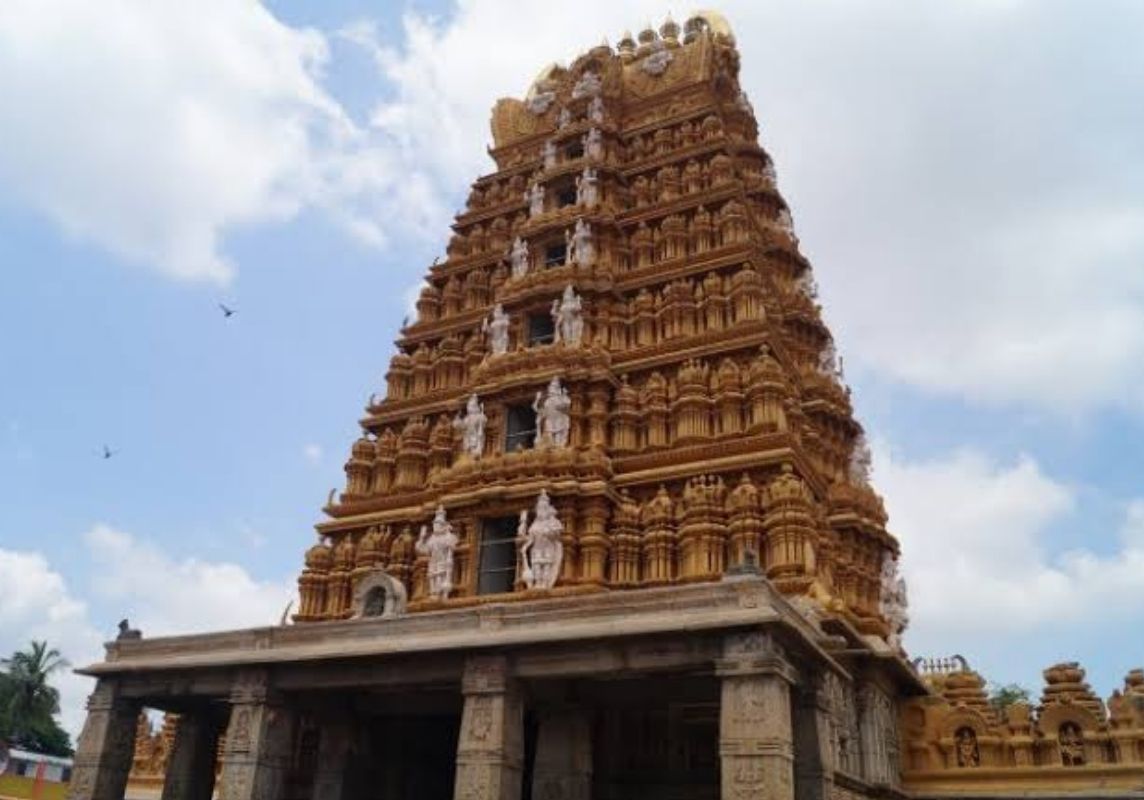 As per the Department of Muzrai, Karnataka has over 34,000 temples, and over the next 60 days in summer, at least 60 percent of them will hold their annual festivities, which are always invariably mixed with a commercial element of a fair replete with food court, amusement park and shopping areas.

This time is critical for many vendor families from all communities, “40 percent of them are Muslims, not just from Karnataka but also from neighboring states, such as Kerala, Maharashtra, Tamil Nadu and Telangana. They bring ethnic items like textiles, toys, curios, plants and garden material along with their recipes from their states, which they prepare in the food court, delighting the gourmets,” recounts Mohammad Sulaiman, a temple fair contractor from Nanjangud in Mysore district.

The temple committee, concerned by the diktat issued by right-wing organizations, went into a frenzy and called an emergency meeting to discuss the next course of action. The Bajrang Dal and other institutions asked the committee to reconsider their position. The prospective stalls had already been given away to bidders, who came from all communities, including Muslim dealers.

Muslim traders have already been barred from entering five temples in the state, including a temple in Karnataka’s Udupi district, which has been the focus of the hijab debate. More temples are following suit. Among others are the Shivamogga-Marikamba temple, Puttur- Mahalingeshwara temple, Mulki-Bappanadu Durgaparameshwari temple, and Nelamangala-Maramma temple in Mudalapalya.

“We will launch a campaign to spread it all across Karnataka in the coming days. Our state unit office bearers and leaders will brief the respective district, taluk, and city-level units to influence the temple trusts to ban Muslims from their fairs,” says Mr Ravikumar, state coordinator of Bajrang Dal.

Chikkamadappa, a contractor from Bengaluru, who has worked with traders from all communities around Bengaluru, Mysuru, Doddaballapur and Tumkur said, “There are at least 10,000 temples that have their annual fairs in the three months starting from March and ending in May, and again beginning in October and ending in December including Dussehra celebrations in Mysore.”

He added, “During my 20 years of experience in this, temple fairs and festivals are quite the money-spinners, many thousands of people spend, earn and pay taxes, rents and perk up the micro-economy as no other activity does. If this becomes a unipolar system, not just harmony but the chain of supply and consumption will also break.”

The state minister, CT Ravi, claimed that Muslim MLAs from Congress met with their community clerics after the High Court’s hijab ban verdict and joined the calls for state bandh. “This is why we want Muslims to stay away from our temples,” Ravi said.

Chennabasappa, a top BJP leader in Shivamogga, questioned the rights of Muslims to have stalls in Hindu festivals, “since Muslims do not respect Hindus and call us Kafirs, which is derogatory in nature, and also do not respect the law of the country, why should they have any stake in our festivals?”

The Maari temple honors the deities (Maari) who protect humans and animals from natural disasters such as epidemics, floods, and deadly diseases. People of various faiths attend the celebrations in Kaup and Shivamogga, interacting with Hindus and offering prayers and receiving prasadams while standing side by side. Families of both Muslim and Christian faiths participate in the annual rites and chicken sacrifice. Thousands of birds are sacrificed as sacrificial items to the temple during this event, and the majority of the chicken vendors are Muslims.

Mojo Story spoke to these vendors, who described their sad plight because their livelihood was dependent on these festivals, “During the Maari jathra, I used to make a decent profit. As chicken prices have skyrocketed this year, I was hoping to treble my money. The Hindu community seemed unconcerned about the cost of preparing chicken offerings. I had intended to send a considerable portion of my earnings to the temple development fund, as I always did, but my brother in Kaup and I were not allowed to participate in the fair this year,” said Ahmed Aslam, a chicken vendor who set up a shop in Shivamogga last year.

According to Mohammed Arif, the general secretary of the Federation of Street vendors, authorities should ensure that Muslim merchants are not prohibited from setting up kiosks during religious celebrations, “Hindu organizations have begun putting up banners and lobbying temple authorities to prohibit Muslims from conducting business in various settings, including chariot festivals and other types of fairs.”

According to Ramesh Hegde, President of the Temple Administration Committee in Suggi Marigudi in Kaup, the body had earlier passed a resolution allowing the participation of Hindus only in the shop/stall sale, “Only Hindus were allowed to bid on enterprises selling flowers, coconuts, hens, and other things. Auctioneers were also advised not to sub-contract their shops to any Muslim dealers on the temple grounds in order to avoid law and order difficulties.” 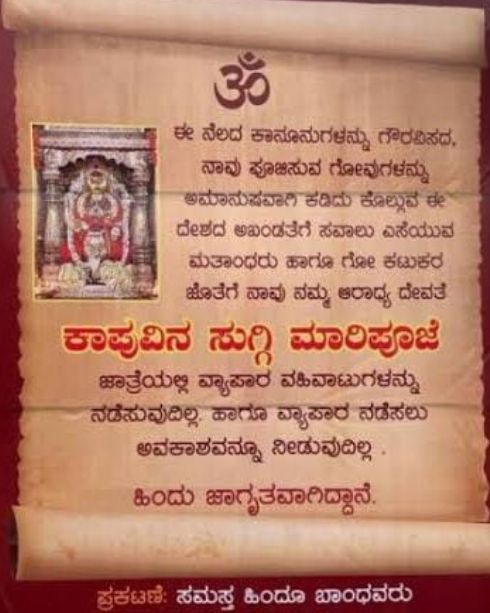 The Hindu Jagarana Vedike (HJV) had also previously written a letter to the chief officer of Kaup Town Municipality requesting that Muslims not be allowed to open their shops/stalls during the annual fair, according to the Mangaluru divisional general secretary Prakash Kukkehalli.

Following these developments, temple trust committees of many temples, including Kollur Mookambika, Horanadu Annapoorneshwari, Kateel Durgaparameshwari, Gaali Anjaneya in Bengaluru, the Karaga festival committee also in Bengaluru, Mangaladevi temple in Mangaluru, Polali Rajarajeshwari temple in Buntwal (all ‘A’ grade temples) that will have annual fairs in March-April are thinking of following suit.

Exclusive: “AFSPA Not Mentioned in Manifesto But BJP is Committed to Repeal It,” says BJP Manipur President A Sharda Devi
Crypto Christian: Dichotomy Between Desi and Videshi, A Recipe of Hate Against Christians