Pride Month: How Safe & Inclusive Is Housing for LGBTQ Couples?

Amit, a broker based in New Delhi, paints a gloomy picture of LGBTQ couples’ access to housing, “Sometimes landlords hesitate going forward with them, saying that the way they walk and dress is inappropriate, so why take the risk of renting a house to them?” 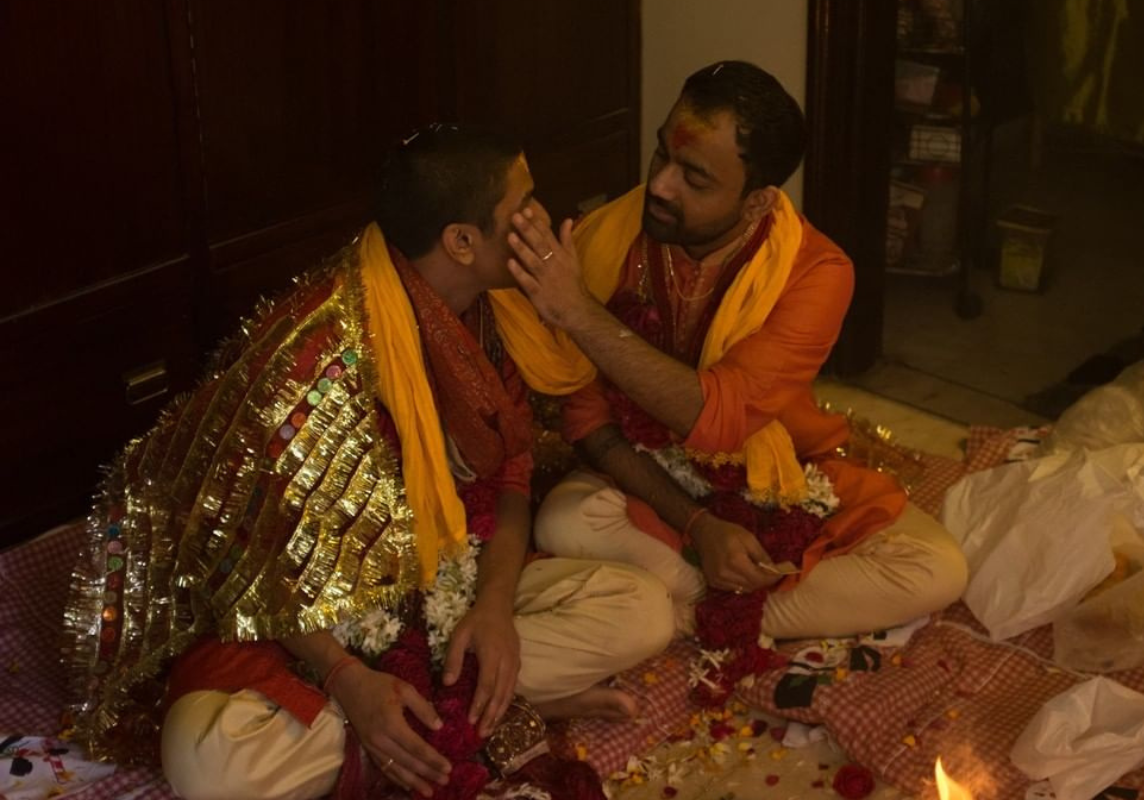 Vivek and Vishwa in 2017 at their home

While the disapplication of Section 377 by the Supreme Court marked a milestone achievement for the LGBTQ community in India – many are still faced with several hurdles, one of which is finding a house they can call home.

Same-sex couples are forced to live with a layered burden of exclusion from physical, social and legal domains, making the inevitable task of finding a house an even more monumental task that it already is.

“We didn’t come out to them because we were scared that they would not accept us; our only resort was to take the house as brothers or friends,” says Vivek Kishore, a 26-year-old who identifies as non-binary. Kishore and his husband, Vishwa Srivastava, were looking for a place in Ahemdabad and did not reveal their sexual identity to any landlord. While browsing for homes online, homeowners’ first query was, “How are you two related?”

The search for a house proved to be an insurmountable task for the couple. “My husband’s parents purchased a house for us to protect us from further discrimination or cruelty from landlords,” said Vivek.

An added concern is landlords not returning the renter’s security deposits or demanding excessive fees. Sameer Samudra, a 47-year-old gay man, reveals landlords take financial advantage of LGBTQ couples, “They said they will have to take the legal risk by giving my partner and I the apartment, so they would like to increase the rent by 50%.” 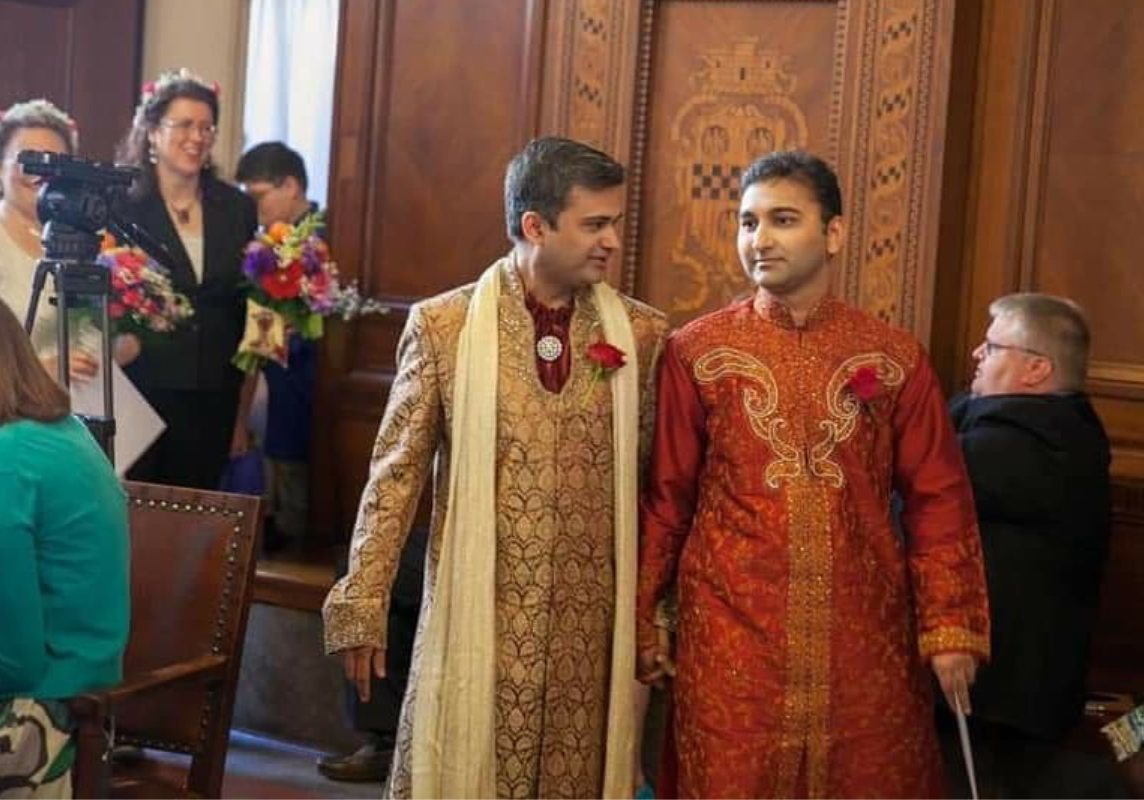 Delhi-based broker Amit opines not divulging the sexual identity to the landlord is the best and more recommended course of action.

Priyanjul Johari, a 25-year-old software engineer who has rented homes in Delhi, Bangalore and Pune, says that he booked a house through apps like Nestaway, Oyo and Zolo, “We don’t have to face landlords and deal with their questions and taunts. Human interaction minimizes which also minimizes our fear.”

The software engineer says that he doesn’t feel the need to reveal his orientation in a professional setup, “How is this relevant? Do straight people tell landlords that they are straight, so why should queer people?” Priyanjul says that coming out to anyone remains a daunting prospect, “You need to build trust with someone to tell them that you are in a same-sex relationship.”

Priyanjul recounts the time he was asked to act “normal” and keep it “low key” in front of the neighbours by his broker, “Imagine someone asking you to keep a part of your identity low-key. It hurts.”

Many of these couples got married when Section 377 was still in effect. Sameer has been in a relationship with his partner for 23 years and believes that legalising same-sex marriage will give LGBTQ couples more bravery to seek their rights. However, Vivek feels that any such legislation will not change people’s attitudes; rather, significant societal change is required, as people do not even ask heterosexual couples for proof or marriage documents when renting a house.

While Priyanjul and Vivek didn’t feel the need to reveal their sexual identity to their landlords, Sameer, who has now moved to the US with his partner, citing the regressive mindset of his previous neighbours, says that hiding a part of their identity from landlords or flatmates is like a nonstop game of hide-and-seek.

“We didn’t feel welcome during the process. When we began telling people openly that we were a gay couple looking to rent a house, some landlords flatly refused to provide it to us; others said we had little children in the building, so how could we rent to someone like you,” Sameer remembers.

Asif Iqbal, the co-founder of Dhanak of Humanity, an NGO that helps inter-faith and LGBTQIA couples, says Sameer’s challenge is not news, “getting a rented accommodation within a gated society or residential society is challenging for LGBTQ couples as there are family and children living there. However, are many places in Delhi which come under urban village category where getting a house is easy, like Laxmi Nagar and where there is no gated society, but the landlord over there is primarily concerned about the money.”

The battle for LGBTQ couples does not stop after coming out to the broker and landlord, “when neighbours discovered photos and other queer markers in our flat, they complained to the society management that they only rent to “normal” couples and also attempted to make it a legal necessity in the rule book of society,” says Sameer.

In July 2021, the Delhi High Court ruled that all types of couples — inter-faith, inter-caste, or those belonging to the LGBTQIA+ community — facing opposition from families must be provided with a safe house.

“Couples who don’t have a source of income are also helped in moving to a safe house by the Delhi government’s Social Welfare department, set up at Sewa Kutir complex in Kingsway Camp,” said Asif.

Nazariya, a non-profit queer feminist resource group based out of Delhi-NCR, said that it is still manageable for LGBTQ couples to get housing in Metro cities like Delhi. However, while such assistance exists in the metropolitans, in other non-first-tier cities, landlords don’t recognize such couples.

“There are so many legal, financial and social challenges involved before they actually look for housing like leaving their house. We provide protection from the landlord or shelter home/ NGOs they are living in. However, in some NGOs, it’s difficult to keep couples as they cannot keep trans and cis women together. In feminist organizations, they keep only women,” said Varsha, a program coordinator at Nazariya.

Ayush, a student at the University of Lucknow, reached out to Naz Foundation, Humsafar, and Awadh Queer Pride. He said that these NGOs and groups just participate in pride parades but are dysfunctional on the ground level, “They make fun of us, bully us, and propagate false rumours. When the LGBTQ community discriminates against each other, how can we expect society to accept us?  For instance, in last years’ Pune Pride, the organizers said that they would keep it normal — only for cisgender people and only wear traditional clothes, “chakko ka nanga nach nahi karwayenge.”’

Priyanjul said that for an “extremely populated and homophobic country like India,” these NGOs and organizations need to expand their resource base if they want to make a real difference.

However, Sameer believes that one thing he and his partner have noticed over 23 years is the greater visibility on the queer topic, particularly among millennials. He stated that while people were unaware of it before, they now recognize and discuss it. He hopes today’s generation will work to make every place inclusive and safe for LGBTQ couples, not just housing.

SSC GD: Lack of Washrooms and Societal Pressure Add to Hurdles for Female Protestors
Karnataka: The Boiling Battleground of Hijab vs Scarf