“Women in Survival Mode”: Peeling Back the Layers of Abortion

*Aashima, 23, was a staunch pro-life advocate until it came upon to her, “I became pregnant in college and wanted an abortion right away — I realised I had too much life and career ahead of me and I didn’t even know who the father was because I was sleeping with multiple men on the dating apps.” 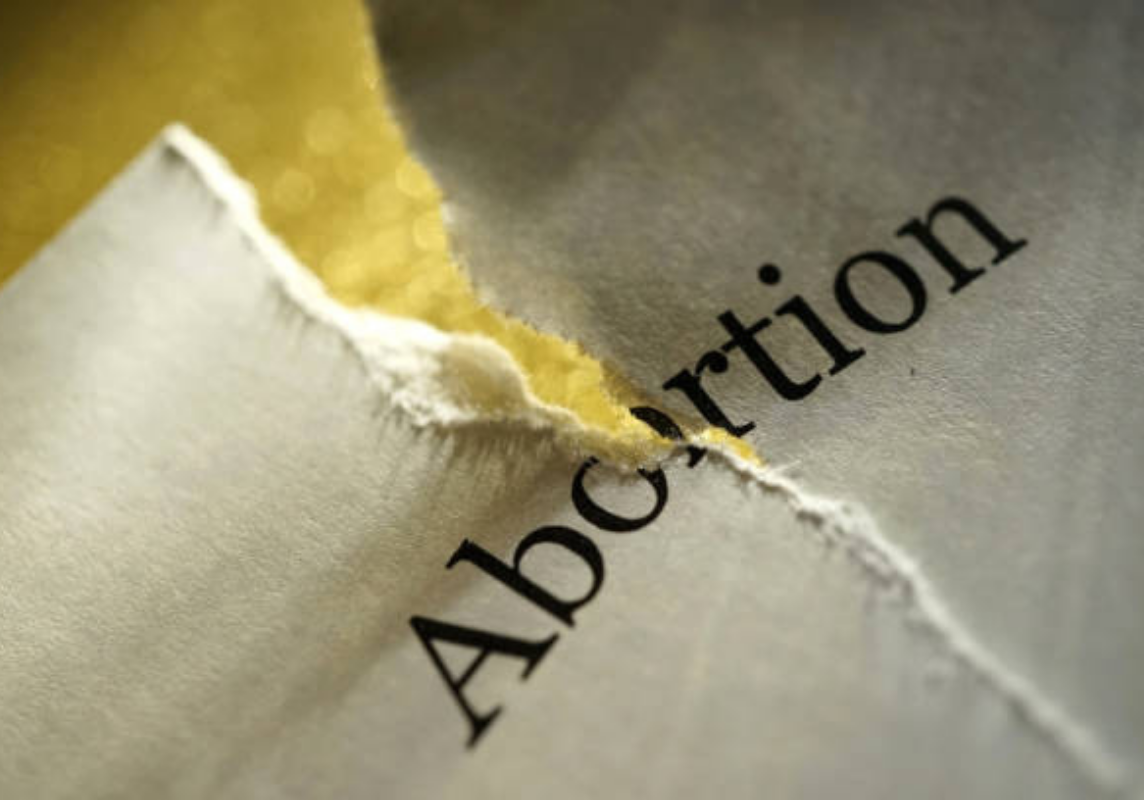 The reality of abortion is not black and white, it is nuanced and the emotions involved are often murkier and unpredictable.

“It’s not as simple as it may appear. When I was asked to get an abortion, I felt selfish, pathetic, and like a murderer. I didn’t understand my body and fertility,” said *Divya, 25, who experienced entirely different emotions when she became pregnant.

Dr Ritu S Santwani, founder and CEO of 360 Degrees Health Care Studio, said that we as a society always talk about pleasurable parts of the pregnancy, but never the messy parts of it that affect our physical and mental health gravely.

“We’ve learned to see the world in gasps.”

The above quote is from Margaret Atwood’s novel The Handmaid’s Tale, which depicts a dystopian society where the state imposes reproductive laws. This fiction appeared to be true in the United States, where the Supreme Court recently overturned the landmark Roe v. Wade decision of 1973, which granted women in the United States the right to abortion.

When it comes to their sexual and reproductive rights, women are always at the centre of scrutiny — in literature, where their fertility is symbolised by red menstruation and sexual sin by a scarlet letter, in real life, these are dictated by legislators, with no space for the gray area and complexities of abortion.

According to the Population Foundation of India, the US decision could stigmatize abortion worldwide — which is true in the case of developing countries like India, where even though abortion is legal there is still a lot of stigma and judgment around it that women continue to choose the secret, unsafe abortion that puts them in a life or death situation. 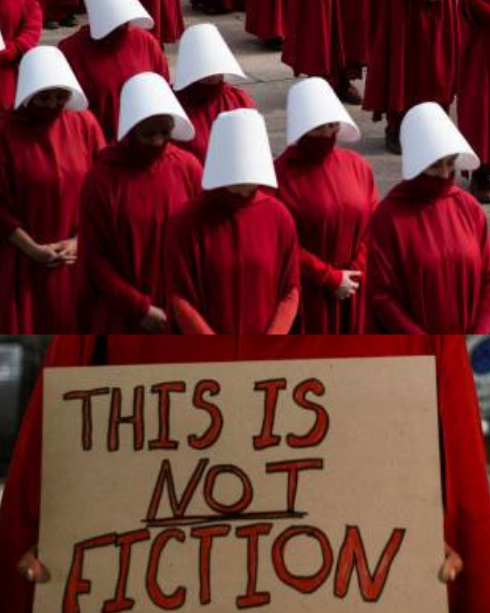 “I have dealt with many young women who say ‘I want to survive this, I don’t know how I will go through this’ — person who is in this position is in a survival mode, they will do anything,” says Aisha Lovely George, an executive coordinator and counsellor at Hidden Pockets Collective (HPC), a Bangalore-based-non profit organization.

The NGO works around raising awareness and educating young girls and women about their sexual and reproductive health and rights. Aisha feels what is important is that if someone is pregnant, they should at least have the knowledge about what the law says and awareness that there are options available for them instead of having no information or choice at all, “The decision of getting an abortion or not and the morality of it come secondary.”

She has personally handled and counselled more than 3,000 young women and couples on Hidden Pockets’ chat service, improving their traumatic experiences of abortion and Sexual and Reproductive Health (SRH) services. Having worked with both rural (Bihar, Karnataka and Kerala) and urban areas, she asserted that both sides are in a very sad position about abortion law.

However, in rural areas, barriers are more as accessibility is less, “Telling a woman that you can go there for an abortion is not enough. To provide a service provider or doctor that could have the language to speak to them and build their trust and confidence is also tough.”

Furthermore, people determine the gender of the baby after 23 weeks, and if it is a girl, they proceed with the abortion. This indistinctness must also be addressed.

During the pandemic, many women and couples moved back to their hometowns and rural areas from cities. So they had travelled to different cities to get an abortion as in addition to the accessibility,  there is also a stigma attached to not getting it done in their hometowns as there’s an involvement of family and society.

Another issue she talks about is women getting blackmailed, manipulated and highly charged by doctors because they are not fully aware of the laws, “Hospitals would say that they will have to install IUD or sterilization, but it is not required and nowhere written in the law. So if the person is aware that this is how it works, then no one can talk to them like this.”

Dr Santwani works with literate patients from urban areas. She stated that her patients are usually very open about their requirements as compared to people from rural areas. However, they lack a thorough understanding of abortion, “Sometimes they do not consult with a doctor prior and take the pills on their own, and come to us when they are suffering and are 10-12 weeks pregnant. Other times women are attached to the baby as they carry it for a few weeks but their partner doesn’t want it. That’s where we step in to educate them on all aspects of abortion.”

Abortion is about economic security and opportunity as much as it is about body autonomy. Dr Santwani said that some people also don’t consult because there is money involved. “I was anxious about how people might treat me, judge me, and I didn’t have money to go to the doctor. I’d rather be financially stable first,” said *Aashima, who didn’t want her child to live in poverty.

Hidden Pockets have a very unique way of educating and spreading awareness with accurate information, especially in rural areas. They came up with a youtube video called ‘Pinki Kare sawaal’  that approaches abortion with reference to marital sex as well as premarital. It is about pinky (a popular name in rural areas) who begins to ask questions to her family about abortion services in India, “Oh sister, macha dhamaal kyonki ab Pinky kare sawaal. Oh Mister kyon behaaal? Suno, ab Pinky kare sawaal.” The video educates the audience about who they can speak to, whose decision it is, which medicines to take and from whom. As a result, rather than holding awareness, workshops, and protests, it serves the purpose of educating through entertainment.

Some organisations and law firms have argued that they will not appeal the decision to reverse Roe v. Wade because their employees have widely divergent views on abortion, and they do not want to hurt the sentiments of pro-life activists.

However, Anjani Raipat, a lawyer and the Deputy President of India’s International Movement to United Nations, countered that this does not preclude you from advocating for women’s rights. She questioned that if a person is forced to have a child, you’re giving the right to the unborn child, but do you actually take ownership of the child once it is born—of its money, emotional support—to ensure that the woman can support it?

Raipat also stated that in places or homes where abortion is not legal or accepted, a child is forced to grow up in a household where they are unwanted and not taken care of and end up engaging in other criminal activities, “Article 21 gives the right to live a life with dignity, what kind of life are you giving to that child by not allowing abortion?”

However, many Abortion-attempt survivors who are leading a good life believe the opposite. Dawn Milberger, the Board of Directors for the Abortion Survivors Network, said, “As an abortion-attempt survivor, why do I have to suffer because of my parents’ schedule.” She believes that people need to walk according to their own perceptions and conscience, “Just because we have free will doesn’t mean ending life will bring peace.”

Milberger has a forgiveness ministry about walking the path of forgiveness. She counsels people and encourages them to see the full picture, “I believe abortions are motivated by shame. I hope people learn to love one another — You can’t be pro-life or pro-choice – it’s not that simple; it has layers. At the end of the day, people just want peace,” she concluded.

*Some of the interviewees did not want to be named, and an alternative name has been provided to preserve their identity.