The epicentre of hate crimes seems to be the BJP ruled State- Uttar Pradesh. With a share of 43% hate crimes as per the NHRC, Uttar Pradesh has been the most unsafe State for minorities, including Dalits, with 869 cases of hate crime. The reasons for these hate crimes range from cow politics to love affairs between a Muslim and a non-muslim. 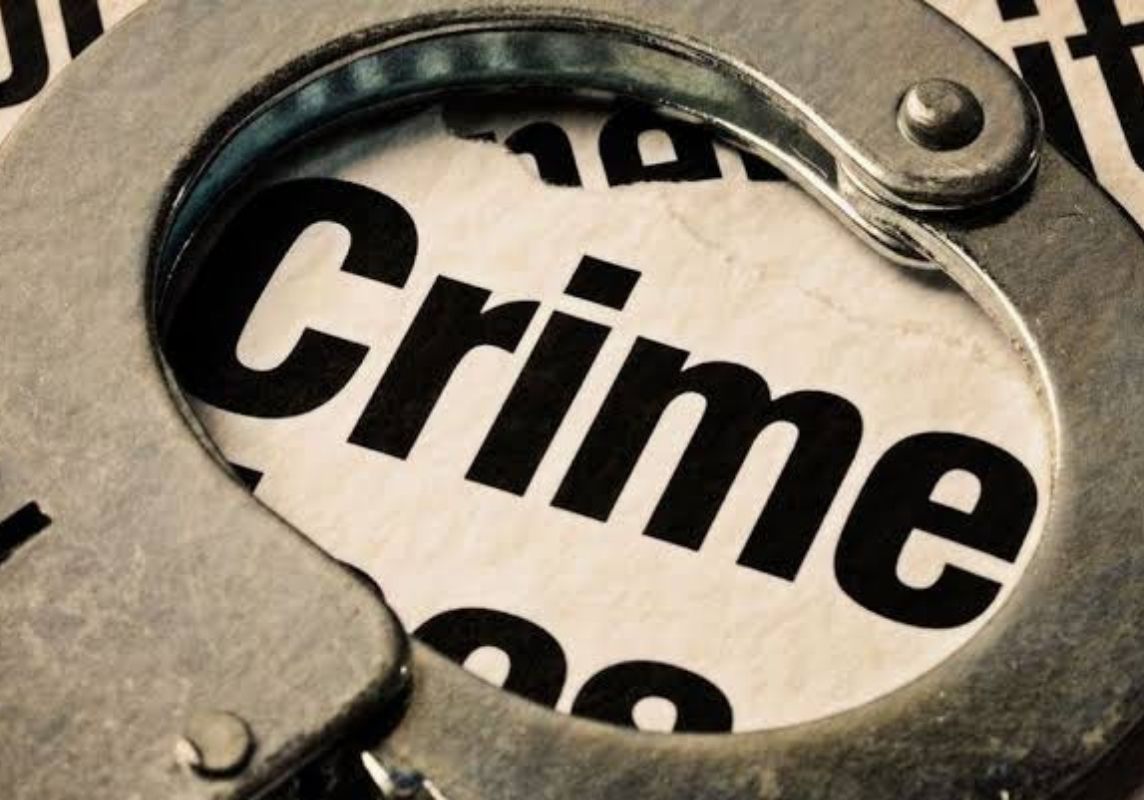 On 21st March, Zafar Alam(23), a resident of Tiwari Talaab, Ahmadpur was lynched to death allegedly by Avdhesh, Golu(Avdhesh’s nephew), Pappu, Manikchandra along with 3 other people of the same village at around 10 am. The matter as per the deceased’s family was that of money. Manikchandra owed Rs 20000 to Zafar Alam for a trade exchange.

Zafar Alam was a buffalo seller. As per his relatives, he used to buy buffaloes from the nearby villages and sell them to the dairies in the area. Mojo Story spoke to the first cousin of Zafar, Ajam Ali. Describing the whole backdrop as per what Zafar had earlier discussed with him, Ali said, “Zafar was just a simple businessman. Manik owed him money and collecting that was his sole intent. He had gone to Manik’s place several times to collect the money but was denied every time.”

As per an earlier exchange of trade between the two, Manik had asked Zafar to come and collect 20000Rs from him on 20th March 2022. When Zafar reached his place on the given date, Manik said that he could not arrange for money and hence, asked Zafar to come again on the next day when the whole incident took place.

Ali further narrated what happened the next day. He said,” On 21st March, when Zafar reached Manikchandra’s place at around 10 am on his motorbike with his brother-in-law, Manik and others started to hurl slurs upon them and later started to beat him up with a rod, sticks, and whatever they could find. Our brother-in-law Md. Arsad somehow escaped the situation, called Zafar’s elder brother Noor Alam(24) and the police.”

The situation in the family got real tense when Noor got to know of his brother in danger. He rushed towards the spot. Before he could reach the village, he was stopped by the same mob who now threatened to kill him. Ali told the Mojo Story, “As Noor reached the place, they tried to beat him up too but he managed to get away and climbed up on the neighbour’s terrace. When the police reached the spot, they called Noor down guaranteeing him that they would take care of his safety. In spite of this, the people got to him and beat him. He had a severe head injury and had to be rushed to the hospital.”

A local journalist tells Mojo Story that the people who were a part of the mob were allegedly affiliated to the ruling regime Bhartiya Janata Party (BJP) and other Youth Wings associated with the same.

Zafar’s family has alleged that Manik Chandra and others have been trying to spread rumours to get away with the crime they have committed. Not only this, but they also allege that the press is against them and are submitting reports that side with the murderers. Avdesh Shukla, one of the accused spoke to the Mojo Story.

On being questioned on his involvement in the killing of Zafar, he said, “ I was not even there on the spot. I reached the place only after I was called by the police administration. In fact, I am the one who saved Zafar’s brother Noor from being killed.” Avdesh is a resident of the same village Mirpur where the incident took place. He further said, “It was his brother who opened fire. The public would not have saved him. There was no money involved. It was just a matter of love. He had an affair with one of the girls in the village, had even fled with her once, and then left her in the village in 2 months.”

Avdesh even went on to say that Zafar used to do firing in the village. However, Zafar’s family continues to ask one question. Ajam Ali, the only point of contact from the deceased’s family questioned, “If he had an affair with a Hindu girl, why did these people not file a complaint against him back then? If he had fired shots in the village openly, why would the police administration do nothing to him?” He continued in utter grief, “My brother was thrashed down to death because he was a Muslim.”

As it turns out, one of the prime accused Avdesh Shukla on record told the Mojo Story, “I am the President of the ‘Yuva Morcha’ of Bhartiya Janata Party. None of the people mentioned in the FIR was even present at the spot where the incident happened.”

Pipri Police station, Kaushambi had registered an FIR on 21st March 2022 itself. Mojo Story spoke to the SHO(Station House Officer) of Pipri police station Shravan Kumar Singh and questioned him on the investigation. He said, “No inquiries have been made, nobody has been arrested. We do not have proof to arrest anyone.” When pushed for answers, he said, “It was not anything as being portrayed, it was something else. There are other things attached to it. If you go to someone’s village, do mischief, fire shots then how would anyone spare you.” In another telephonic conversation, he went on to say, “Enquiry is not done like this that an FIR is registered and we just arrest anyone. What if we arrest them and there is no proof at all. We will see how the inquiry can be done.” 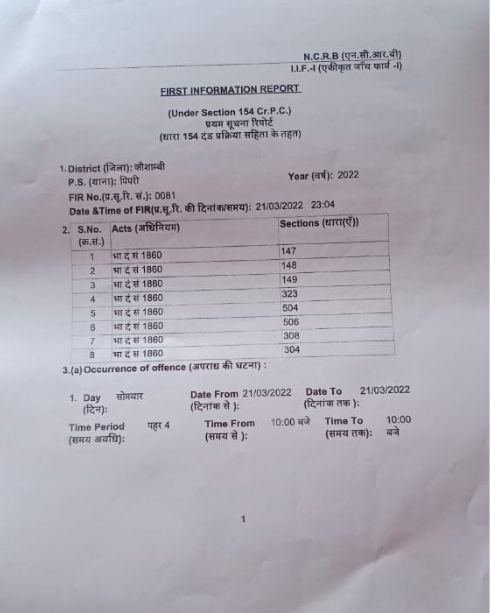 The family is left in dolefulness. The younger son has been killed in broad daylight. The elder son is still in a critical condition with a severe head injury in the hospital and has not spoken a word ever since the incident took place. The culprits, the accused, roam free without even having to face a basic necessary inquiry.

Postcard From A Poll Bound Western UP
Women in the Fray: Candidate Profiles in the UP Election