Meat Ban in Delhi: What Does It Mean For The Shop Owners?

“They talk about sentiments while making such decisions. What about my sentiments? I am a Hindu and I have to consume meat almost daily. The government is doing nothing but using our faith to run their own propaganda,” said Sanjay Kumar, a regular customer at the INA meat market. 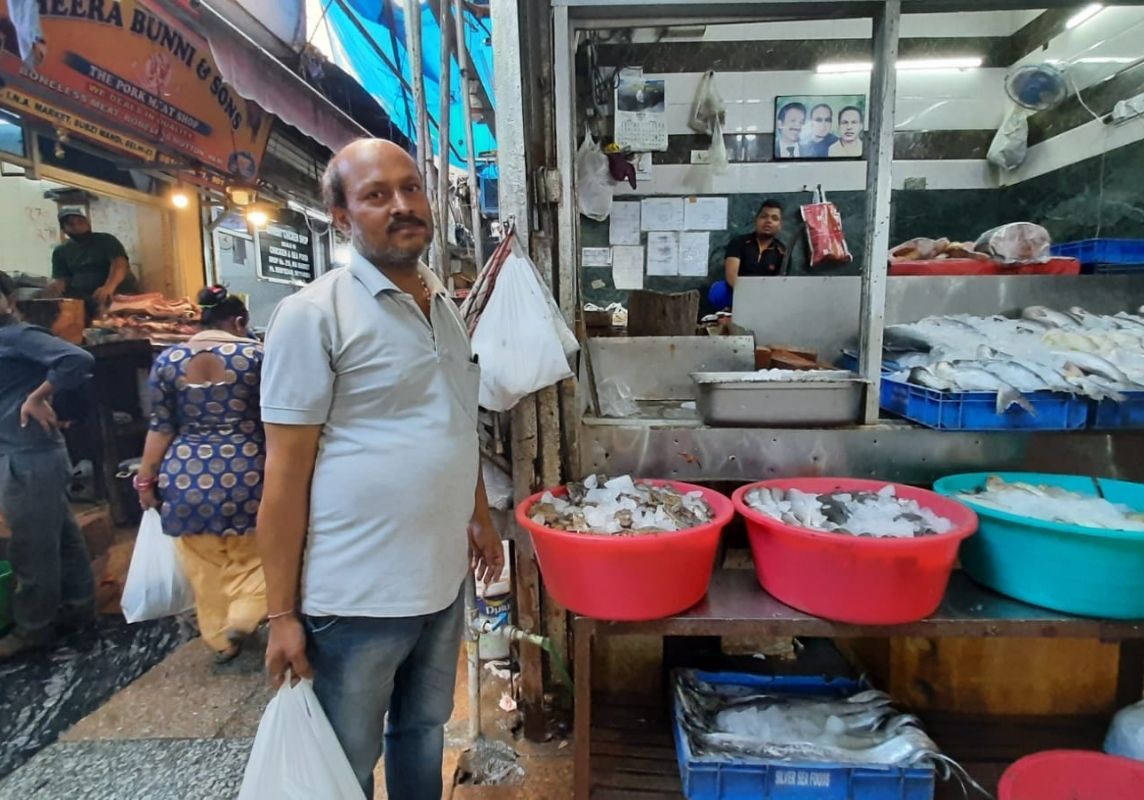 Sanjay Kumar, a customer at the meat market in INA

As the festival of Navratri entered its fourth day, South Delhi mayor Mukesh Suryaan called for the closure of meat shops under his purview, citing the sentiments of Hindus. The mayor argued that meat shops near temples make people uncomfortable, maintaining that this wasn’t an attack on anyone particular community.

“Had the mayor issued these guidelines at least 2 days prior to the festival, we could have made arrangements or at least been prepared for the circumstances. The problem comes in when you declare this during the festival, and we are left with no scope of preparation,” said Md. Tanwir, who owns a meat shop in INA.

Tanwir’s 45-year-old shop has been part and parcel of the meat market in the area. For the meat show owner, this is a first-time experience, “We do not understand if the ones that eat meat do not have a problem, why does the governmentt have one?”

Ariq Ahmed, who owns several meat shops across the country, agrees with Tanwir. Ariq explains how he would shut his shops during the festival period due to a low-profit margin. But, the circumstances in the last couple of years have changed dramatically, “there have been instances where the ex-MLA or his people would barge into our shops and force us to shut them down.”

This incident is being looked at as one in the long list of events that has alluded to communal tension in the country. Earlier in the year in Karnataka, the government issued notices to the Muslim vendors to shut their stalls down during the temple fairs across the state after demands by Hindu nationalists. Right-wing organizations like Bajrang Dal and Vishwa Hindu Parishad (VHP) referred to the Karnataka Hindu Religious Institutions and Charitable Endowments Act, 2002. 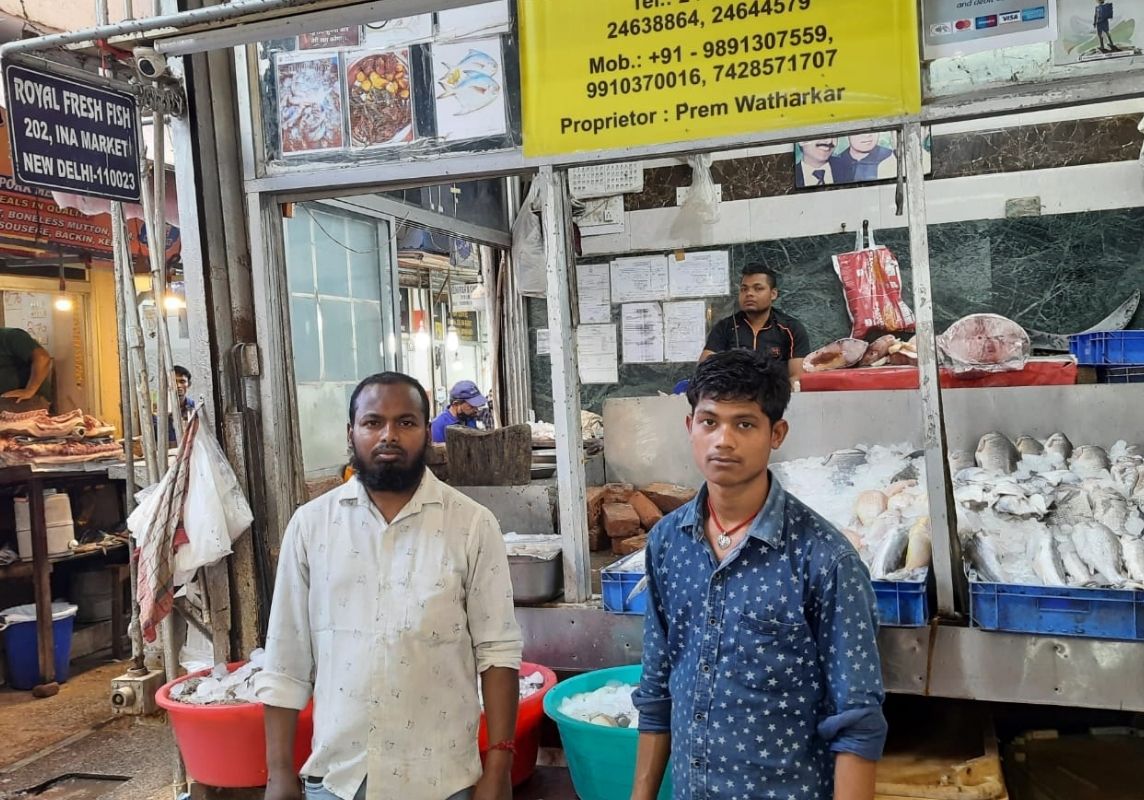 Sajid Ali and Divakar Kumar, both work at the same meat shop that has 30 laborers in total as daily wage workers

Preceding that, Muslim girls in Karnataka adorning headscarves were prohibited from entering schools and colleges. Journalists were allegedly attacked during the Hindu Mahapanchayat in Burari, Delhi, where they were covering the event. At the turn of the year, the Dharm Sansads, where open calls for genocide of Muslims were made by controversial Hindu religious leaders, were held in Haridwar.

The meat ban’s impact runs deeper and on a more personal level. Sajid Ali, a daily wage employee at a meat shop in INA, is one of those who is feeling the consequences, “Most people who come to our shop are Hindus, then how is the order to shut down shops justified?”

Shop owners in the area told Mojo Story that on a daily basis, at least 30% of their customers during Navratri were Hindus. Not just this, if one were to look at the number of shops in the meat market, it is proportionately divided between Muslims, Sikhs, and Hindus.

Ali’s shop is owned by a Christian, but Hindu and Muslim labourers work together at the stall. For him, the meat ban was a planned and targeted action against the Muslim community.

Shop owners were told that their licenses would be permanently canceled if their stalls were kept open. Krishna Kumar, owner of a 40-year-old meat shop, asserts the decision is not justified and that the harmony of the market nurtured over decades will not be harmed come what may, “somebody here is celebrating Navratri, someone is on fasting for Ramadan. We have always catered to each other’s needs. In 40 years, the government did not care about the Hindu’s sentiments, and now all of a sudden they do?”

Krishna questioned why the government was not shutting down the liquor shops across the capital if Navratri was the concern especially since the Municipal Commissioner does not have the authority to pass such an order, “is the government saying it is okay to consume alcohol during the festival and not meat? I had to throw away a stock of at least INR 7000 in 2 days when my shop was shut.” 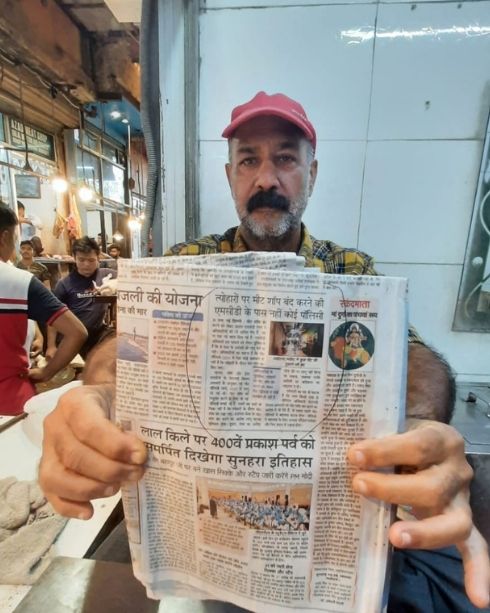 Sanjay Kumar, a frequent customer at the INA, is an avid meat consumer and does so during Navratri as well. Kumar’s wife, on the other hand, fasts but has not laid the same marker for her husband, “Look at it this way, ultimately it is about faith right? My wife’s faith is to keep a fast and mine is to consume meat. Both can co-exist and should not unnecessarily be used for sheer politics.” 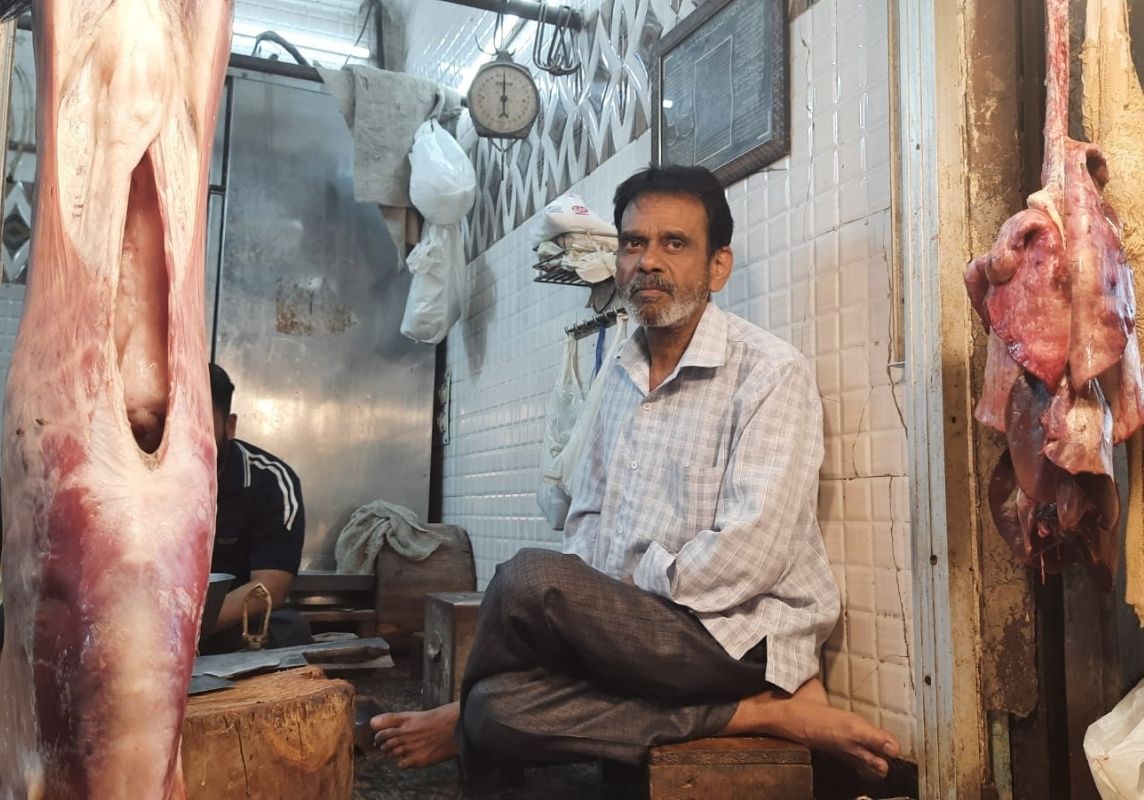 Subhash, a daily wage worker at a shop in the meat market

Shop owners describe how their labourers suffered just as much as they have. Subhash, a daily wage labourer and the sole breadwinner for a family of 5, spoke to the Mojo Story, “I have been doing the same job for the past 40 years, learned this, and have continued it for so long. I have to manage my rent, my child’s education, and the monthly ration with this work only.”

Shopkeepers at the INA say they have incurred losses totalling somewhere between INR 30-40 lakhs. The vendors had to dump all their stalls while labourers went out as a source of income. The market has a lot of foreign inflow and hence, remains open for now.

The SDMC Mayor, on the other hand, described the meat ban as a progressive action that considers the sentiments of Delhi residents. Watch his full statement below.

Roorkee Saw Violence On Hanuman Jayanti. Were Inflammatory Songs The Reason?
While Protests Are On Halt, Students of RRB NTPC Remain Arrested Amid the Media’s Silence