Minor Muslim Brutally Beaten up by Bajrang Dal in UP

In recent days, another hate crime against Muslims was reported in BJP-ruled Uttar Pradesh, when a 16-year-old minor Muslim boy was injured in an alleged attack by members of the Bajrang Dal in the Gulaothi police station area of Bulandshahr. 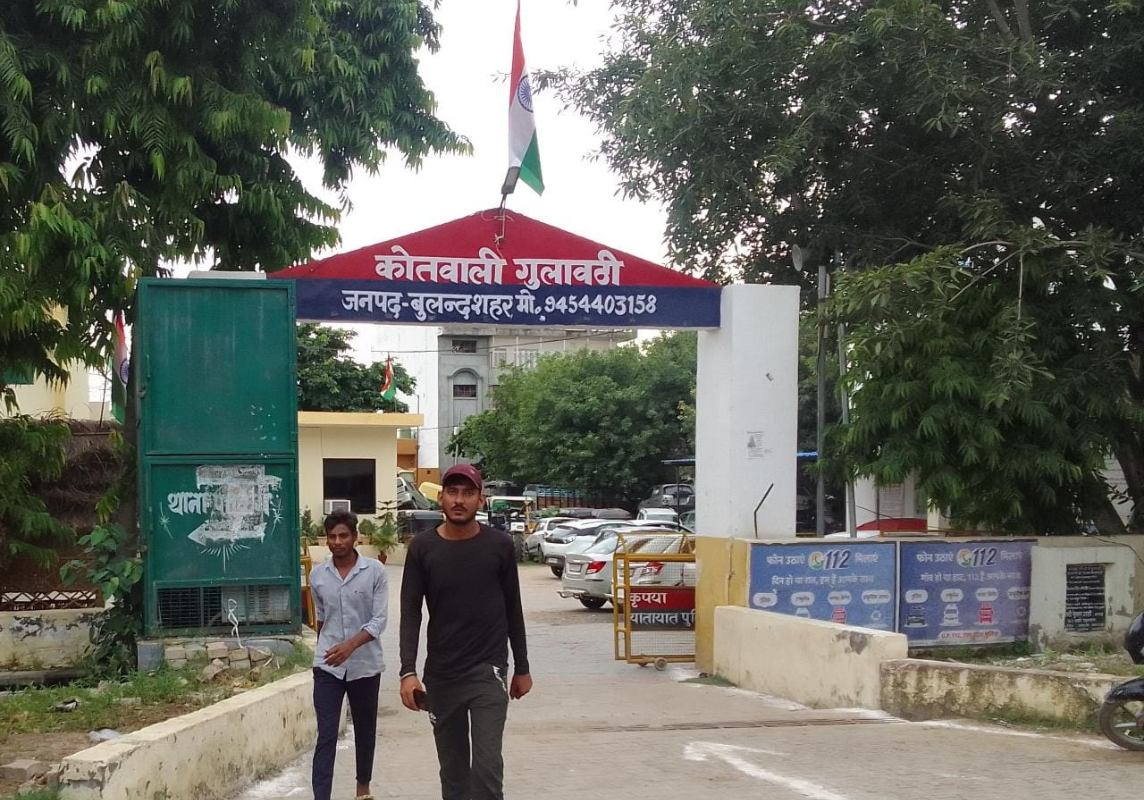 On August 7, an 11th-grade student, *Rahil Siddiqui, was severely beaten and fractured his nose bone. The boy was accused of posting a video of a Hindu girl on Instagram. However, Rahil’s family denied all allegations, claiming that his son was targeted by the Bajrang Dal on the basis of a false claim. They claimed that the posted video was around three months old and was made unintentionally.

An FIR has been filed against Rahil. Following the incident, a video of a mob assaulting a young boy went viral on social media.

Rahil’s father, Rauf Siddiqui, a goldsmith in Gulaothi, explained the incident to Mojo. He stated that it all began when the police arrived at their home two days ago and asked them to come to the police station because a case had been filed in his son’s name. Then a member of Bajrang dal, which is known to his younger brother, stated that they wanted to settle the matter outside of the police station, “Ladka maafi maang lega.”

“When we were heading to the police station with Rahil, Adesh Chauhan Jila sanyojak Bajrang dal started beating him. There were more than 20 Bajrang Dal workers, they all joined in and assaulted Rahil, which is evident from the viral video. Somehow we managed to rescue Rahil and reach the police station. We also got injured in Rahil’s rescue.”  “Hume dhoke se bulaya or fir ladke ko peet diya,” he added.

Rauf, a resident of Muhalla peer-Kha in Gulaothi, further said his son was not even aware of the said video before, “He helps me in my shop after school. I am a small trader, I have no clue why my son was beaten up so badly.”

After this incident, Bajrang Dal also protested against the police and demanded the transfer of an inspector. 4 people, including the district president of the Bajrang Dal, were taken into custody by the police. As soon as the information about their arrest was received, the Bajrang Dal members and officials reached the police station and held a demonstration outside the police station and demanded a kotwal transfer — At night, Gulaothi Kotwal Akhilesh Tripathi was transferred to Sikandrabad. Kotwal is accused of beating Chouhan. In another video, Aadesh Chauhan is behaving very badly with Kotwal. Interestingly, two days ago, Kotwal Akhilesh Tripathi transferred from Jahangirabad Kotwali to Gulaothi Kotwali.

Rahil’s uncle Salman who was also on the spot, filed a complaint against Bajrang dal leader Adesh and 3 others with names. He told Mojo, “He normally made a video on the road, and accidentally, girls entered, and this video was made 2-3 months ago. But Bajrang Dal created the issue without any base.”

Salman said that Aadesh called him for settlement and demanded some money, but he denied it and said they would face a police proceeding. Then he took him aside and said, think once more, “he will give some money to the girl’s family too. When Salman was strictly denied it, Aadesh first slapped Rahil, and then all joined in and assaulted him, “Why should we pay when we didn’t do anything wrong? They also misbehaved with police officers. Then in pressure, police sent to jail (Rahil), but he got bail,” Salman added. 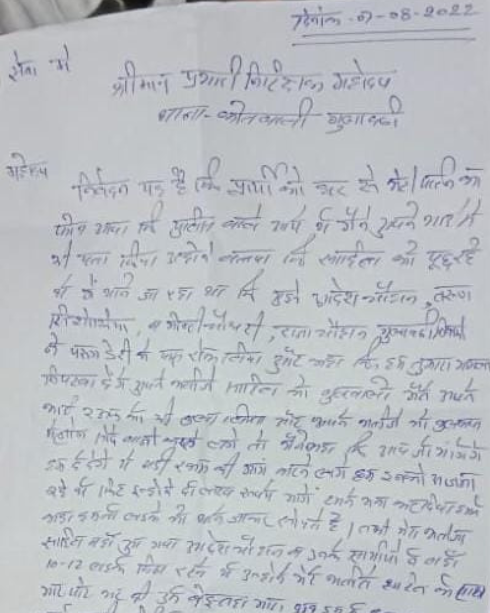 However, Aadesh denied all allegations, including demanding money. He said, “We didn’t beat him and don’t know who fractured his nose.” He also alleged that police beat Bajrang dal workers.

In response to a viral assault video, Aadesh stated, “I’m not aware of the video. Rahil made a vulgar video of a girl with the caption ‘JAAN’ go viral, and he also posted a video with a pistol. The police assaulted and beat us when we went to the police station to file a complaint. For 2-3 days (this incident), the father of the girls complained about the boy.” However, the caption was APNA GULAOTHI, as Rahil was seen watching the Instagram video while he was showing Mojo around.

SP Alka Singh, who is investigating the case, stated, “I don’t know about the case yet; I’m still investigating.”

In July, an 18-year-old Muslim youth was killed in a Bajrang Dal attack in BJP-ruled Karnataka’s Bellare.

Over 200 hate crimes against Muslims have been reported in Uttar Pradesh, one of India’s most polarised states since the Yogi government took power in 2017.

On December 23 also, Bajrang Dal workers allegedly closed down the shop of a Muslim man in the Moradabad district of Uttar Pradesh, creating a ruckus and raising slogans of ‘Har Har Mahadev’ and ‘Jai Shree Ram’. They alleged that a Muslim shopkeeper was running a juice center in a Hindu area and in the name of a Hindu to “deceive people.”

Critics also claim that the accused in these cases are frequently BJP supporters. Although the BJP denies the allegations, its leaders rarely condemn such incidents.

*the victim did not want to be named, and an alternative name has been provided to preserve their identity.

Muhammad Tahir is an independent journalist based in Delhi.

Goa Elections: Rough Tides Rock the Boats of Fishing Community in Goa
Activists Arrested In Delhi While Protesting Against Agnipath