The death of Nishank Rathor, a 21-year-old engineering student, has sparked widespread outrage across the country. Nishank’s family members have dismissed the police’s prima facie investigation, which indicates he committed suicide. 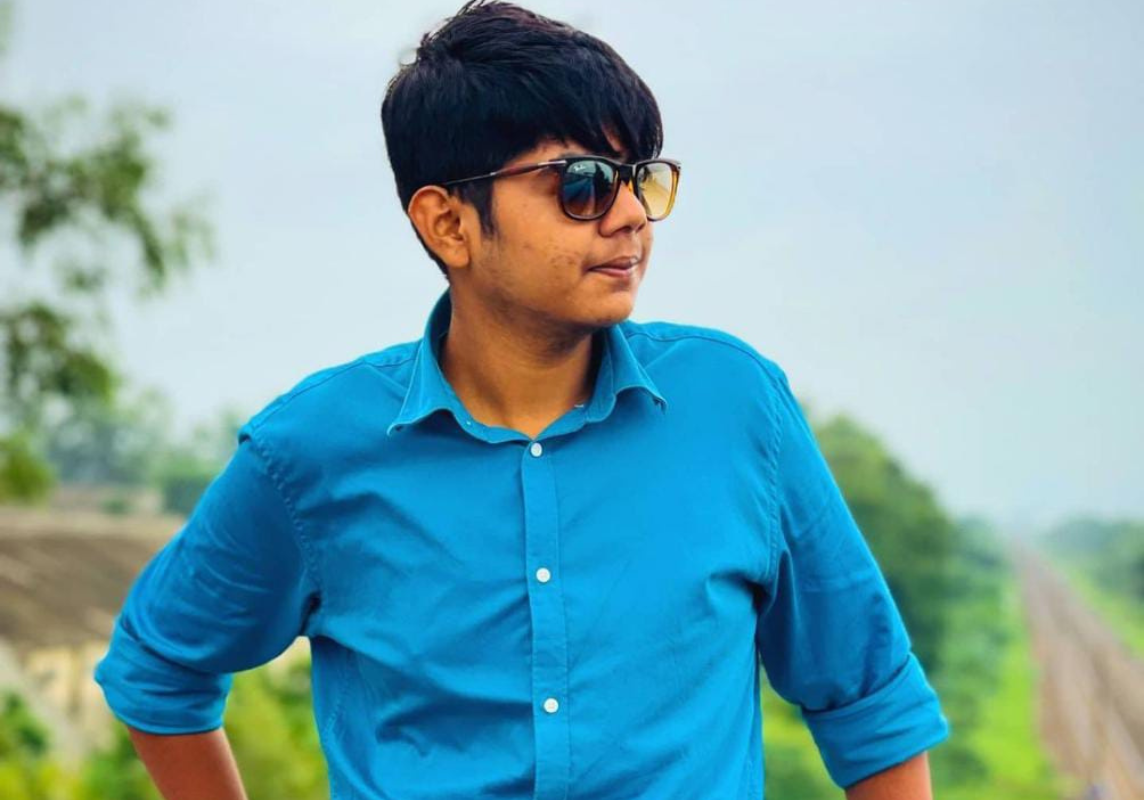 Nishank’s body was discovered 60 kilometres from Bhopal on a railway track near Midghat station in Madhya Pradesh’s Raisen district.

On July 23, Nishank rented a bike from a friend and set out for his hometown Narmadapuram. He bought petrol worth Rs 400 on the highway, about 44 kilometres from Bhopal. The petrol station was 6 kilometres from where his body was discovered. The police have been unable to recover the vehicle’s key.

“Our team checked CCTV footage of the roads and other places where he was seen alone. The footage revealed that he came all alone to Barkheda from Bhopal, about 48 km away, on a two-wheeler. On the main road, he parked his scooter and walked to the tracks,” said Raisen Additional Superintendent of Police (ASP), Amrit Meena.

Post mortem report indicates that Nishank died after being hit by the train.

According to Vikash Kumar Sahwa, Raisen Superintendent of Police, Nishank was a regular lender on online lending apps, and recovery agents were harassing him.

Cryptic message to father, still a mystery to police

Nishank’s phone and laptop were forensically examined and found to be untempered. He sent his father the cryptic message, ‘Gustakh-e-Nabi ki Ek Sajda, Sir Tan Se Juda’ on WhatsApp just before his death. It also reads Saare hindu Kayaron ko bata dena. Nabi se Gustakhi nahi. (There is only one punishment for those who insult Nabi, beheading. Tell all cowardly Hindus that they must not insult our Prophet.) Nishank’s father, Umashankar Rathor, said that it is hard for him to understand what the message means.

“The message was sent by Nishank’s mobile phone at 5:44 PM on Sunday. He was killed when a speeding Grand Trunk Express hit him at 6:05 PM.  Train driver of another train notified railways about the body at 6.13 PM,” informed Meena. 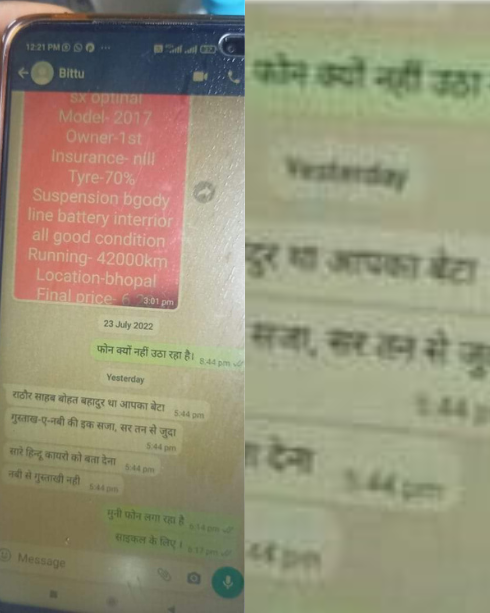 Madhya Pradesh’s Home Minister, Narottam Mishra, said that a Special Investigation Team (SIT) has been formed to investigate the case, “In prima facie investigation, police found it to be a suicide case. Examination of Nishank’s mobile phone revealed that messages had been sent to family and friends before the incident.” He further added that no injury or bruise mark had been found above Nishank’s back, and he died after being hit by a train.

An SIT member said Nishank committed suicide due to debt — he was harassed regularly by loan recovery agents. He also recently borrowed Rs 50,000 from his sister to pay college fees but didn’t pay them. 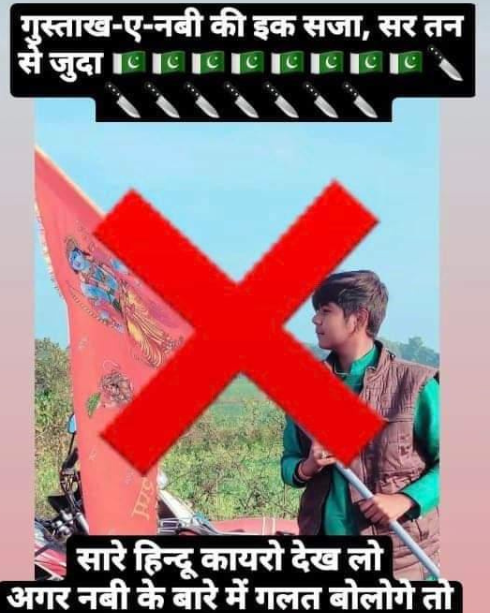 Vikash Sehwal, Superintendent of Police in Raisen, says the situation regarding murder or suicide is unclear, “To provide clarity, the deceased’s phone and data will be forensically examined. The investigation is ongoing from every angle.”

Following the incident, there was a hate campaign against Muslims on Twitter, with hashtags such as #IslamicTerrorismInIndia, #SarTanSeJuda, and others trending. 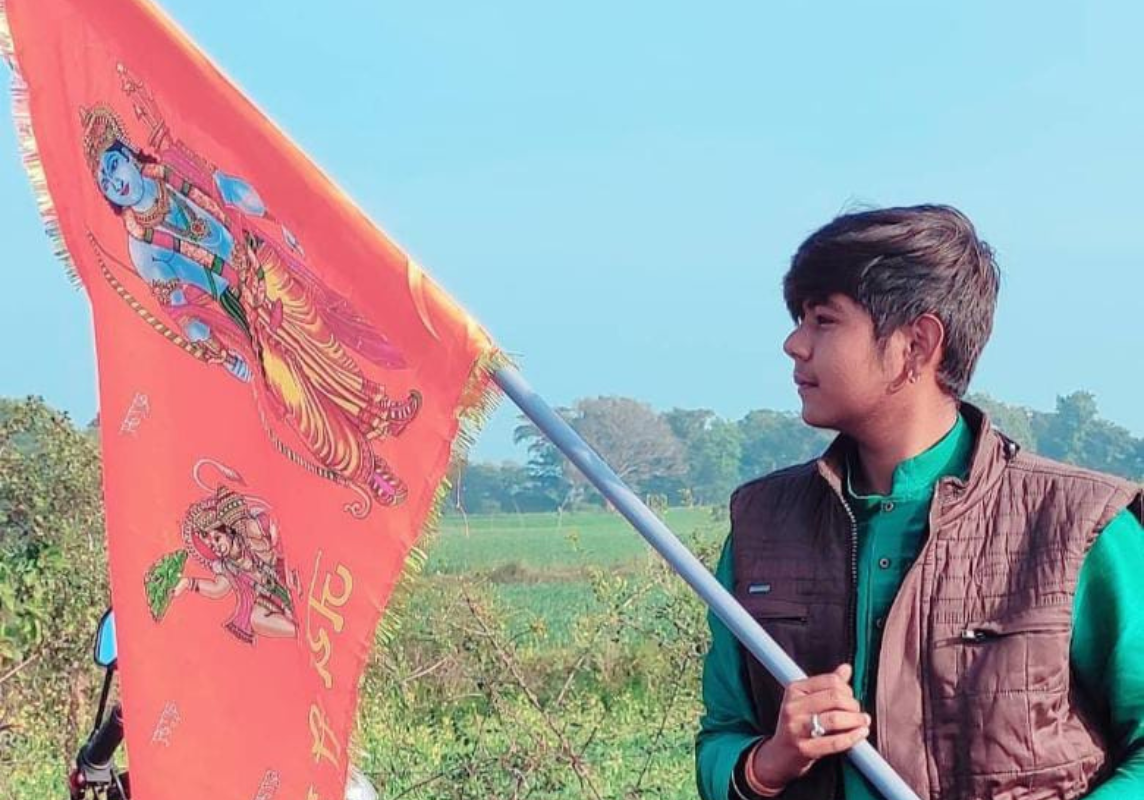 ISKCON Kolkata Vice President and Spokesperson Radharamn Das tweeted, “What a heartbreaking scene. The sister of #NishankRathore, who was beheaded yesterday for supporting Nupur Sharma, is tying Rakhi in the hands of his dead 18-year-old brother. Such a shame. For this murder Supreme Court of India is solely responsible.”

Umashankar flatly denied his son’s affiliation with any ideology. He claimed his son never made any political or religious remarks. Meena also denied that the incident was related to Nupur Sharma’s case. He said that Nishank did not send any offensive text messages from his phone.

“The police should take immediate action against those who exaggerate the matter in an effort to ruin social harmony,” said Ali Zaidi, an activist and advocate at India’s Supreme Court. This is a delicate issue that must be investigated thoroughly.”

Birbhum, A District Victim of Violence Since Forever
“Honor Is Just a Hoax, We Deserve More” : ASHA Workers on Unpaid Care Work