What’s In A Name? The Line Between Development and Political Agendas

The bulldozer politics that began in Jahangirpuri has now spread to other parts of the national capital. But, amongst that, a new trend has emerged -to rename roads with Mughal names. 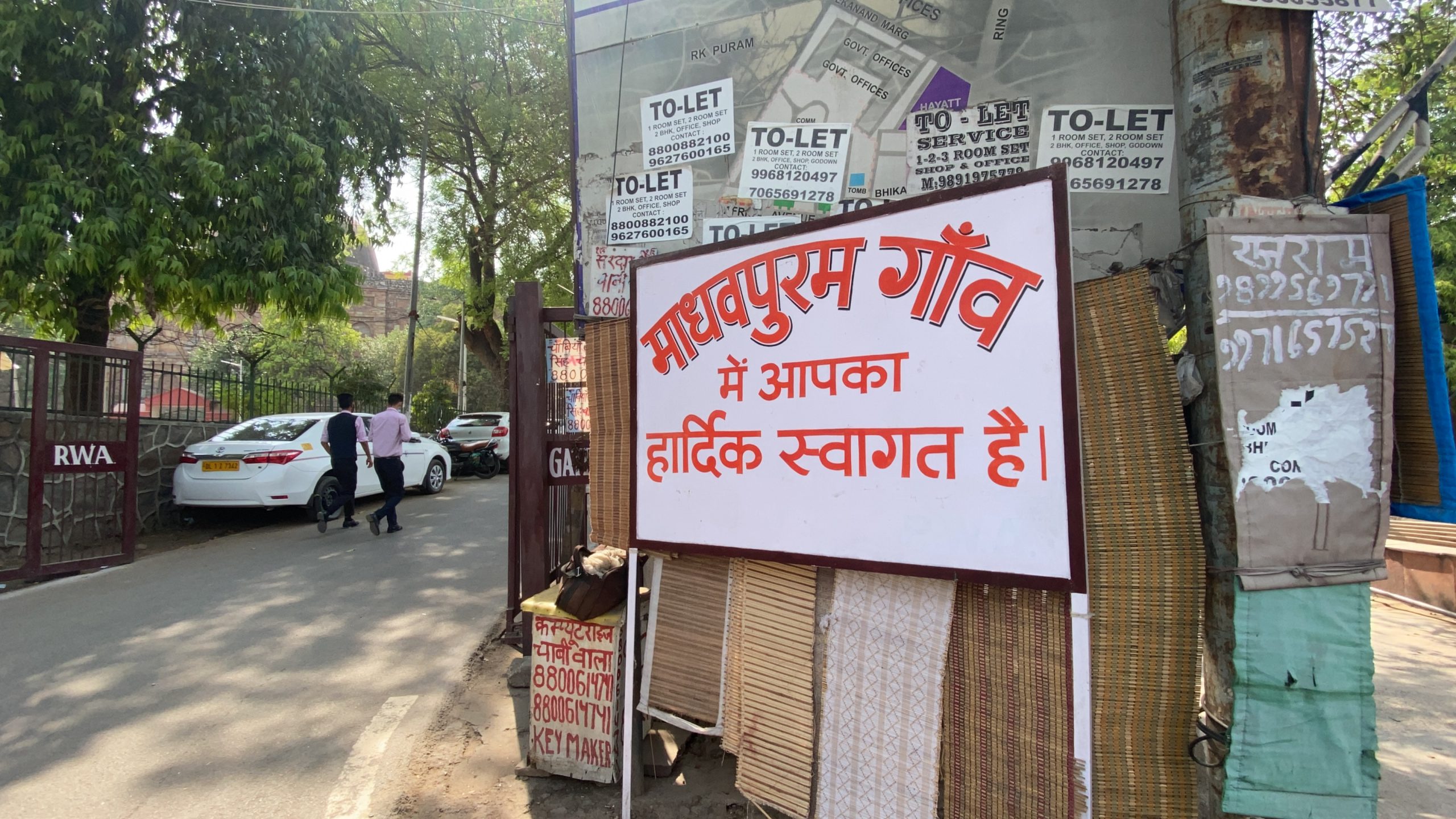 Delhi BJP President Adesh Gupta wrote a letter to the New Delhi Municipal Corporation (NDMC) requesting that the Akbar, Aurangzeb, Humayun, and Tughlak roads be renamed. “These names are symbols of slavery,” Gupta remarked. “The conquerors from other countries cannot be our role models. Do not interpret our proposal through the prism of religion.”

Meanwhile, the politics of name-changing is not restricted to roads and monuments. Last month, Adesh Gupta reached the Mohammadpur village of Munrika Ward to attend an event. In the following event, the plaque of Madhavpuram was placed and a new name was christened upon Mohammadpur Village. The BJP President claimed that these names were “symbols of slavery.”

However, legally, the decision to change the name comes under the ambit of the Delhi government’s State Naming Authority. Therefore, this village’s name is still unchanged, but this action is an indication of the BJP agenda for the upcoming MCD polls. So, for now, Madhavpuram remains Mohammadpur.

The village consists of individuals from Jatt, Kumhar, Harijan, and Nai backgrounds. The Jatts are in the majority and both the councilor and the legislator of the area come from that community.

36-year-old Om Veer Singh is an auto-rickshaw driver, who grew up in Mohammadpur Village. He said that he has never seen any development in this part of the village, “the road where you are standing is filled with water because the sewage system does not work properly here. Bhaisaab ! Boat wale ko 50 rupay dekar paar karni padegi aapko ye road. (You have to hire a boat to cross the road.)”

Sanjawati, living in the Kumhar basti with her family of 25, owns three houses in the area. She said the sewage is the biggest issue for them, not what the new name of her area is, “In the morning, sewage water flows into our homes filling up to our knee level. Our young kids have to suffer from this.” 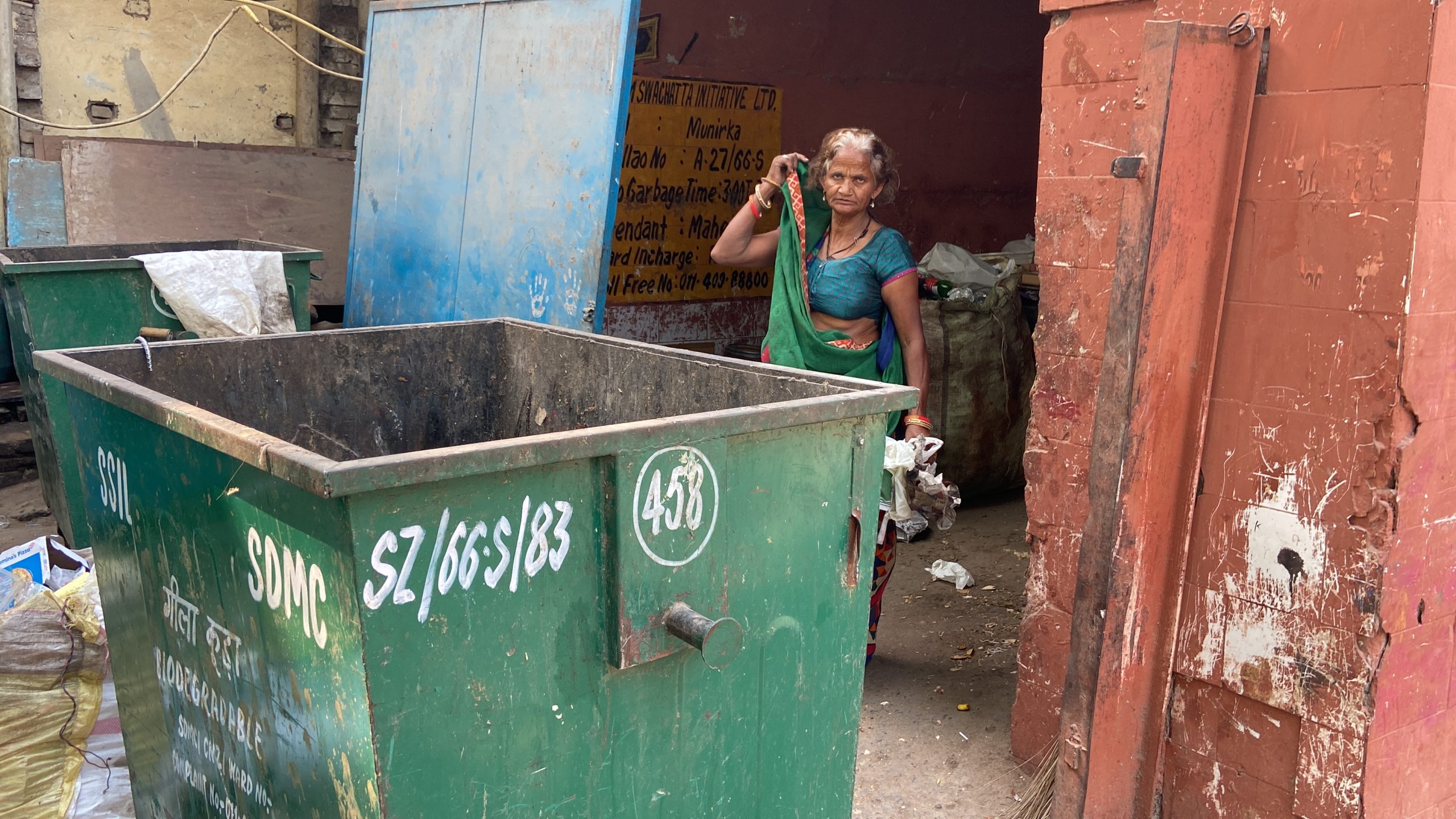 Rohit, who worked as an event manager, told Mojo Story that because of the filth in the area, his marriage proposals haven’t worked out, “my marriage proposal was rejected because the girl’s family disliked our locality. And they are right, how can someone marry their daughter in an area where feces are seen floating in front of houses.”

The sorry state of the South Delhi Municipal Park nearby narrates a similar story. Om Veer Singh signals toward the park and said, “Please click the photograph of this park and put it in your story. This is the condition of the park. The plaster of the walls are incomplete, half the park meant for recreation is used for parking.”

He further claimed that Bhagat Singh Tokas, a local councilor, was responsible for the partial development. Om alleged that the local councilor solely works in the area where he has his voter base. On the question of name changing, the auto driver nodded and replied, “this is a good step and we appreciate it as the old name was a symbol of slavery.”

Mojo Story reached the house of councilor Bhagat Singh Tokas, a leader of the BJP, for his comment. He told the team, “we are celebrating the 75th Anniversary of our Independence. After 75 years, we still have symbols of Mughal slavery. These names must be changed.” In an attack on current Delhi Chief Minister Arvind Kejriwal, Tokas said, “We sent the request to the State Names Authority, a separate body which has the power to change the name in Delhi (except New Delhi Municipal region). They did not acknowledge our request. So we passed the resolution in the South Delhi Municipal Corporation for this new name. “ 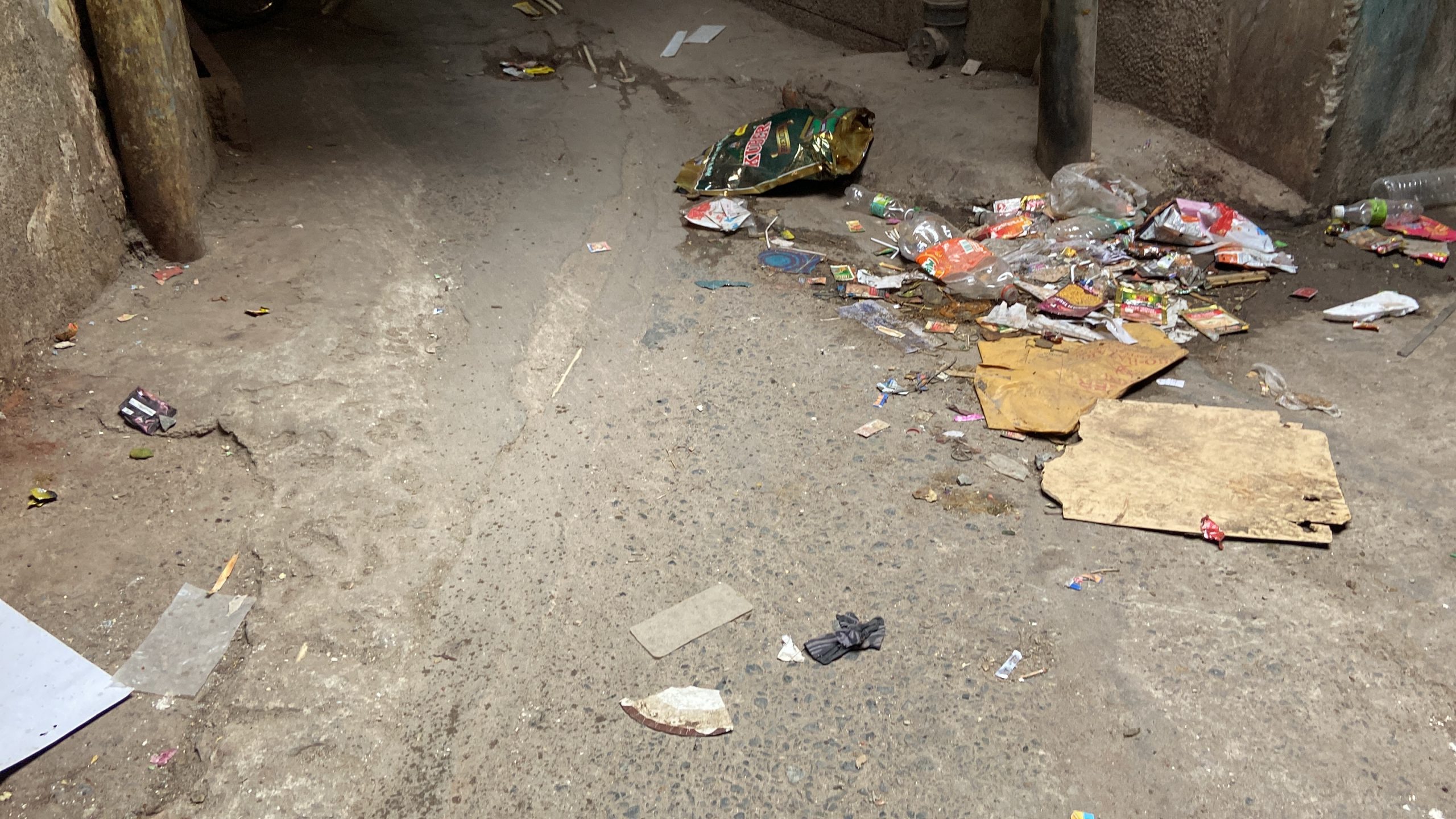 On the question of sewage and parking, he replied, “that area comes under the Delhi Urban Shelter Improvement Board (DUSIB), therefore the responsibilities are with the MLA of the area. We are working on the parks, and soon we will make a huge entry gate for that park.”

With parking at the park as a driving topic, Tokas said that it has been caused by illegal encroachments by Bangladeshi-type locals and that soon Tokas would demolish it.

As per the legality, the decision to change the name comes under the ambit of the Delhi government’s State Naming Authority. So technically, this village’s name is still unchanged, but this action surely changed the agenda for upcoming MCD polls.

What Historians have to say about this

Swapna Liddle, a Historian, and author of ‘Delhi: 14 Historic Walks and Chandni Chowk: The Mughal City of Old Delhi’ said this act is plain targeting Muslims.“Let us take the example of Mohammadpur. Who exactly this is named after is now forgotten, but it was probably some person who founded the village. How can we say he enslaved anyone? As I see it, they are targetting any name that is Muslim, or they think is Muslim, without any reference to actual facts.” informed Swapna. 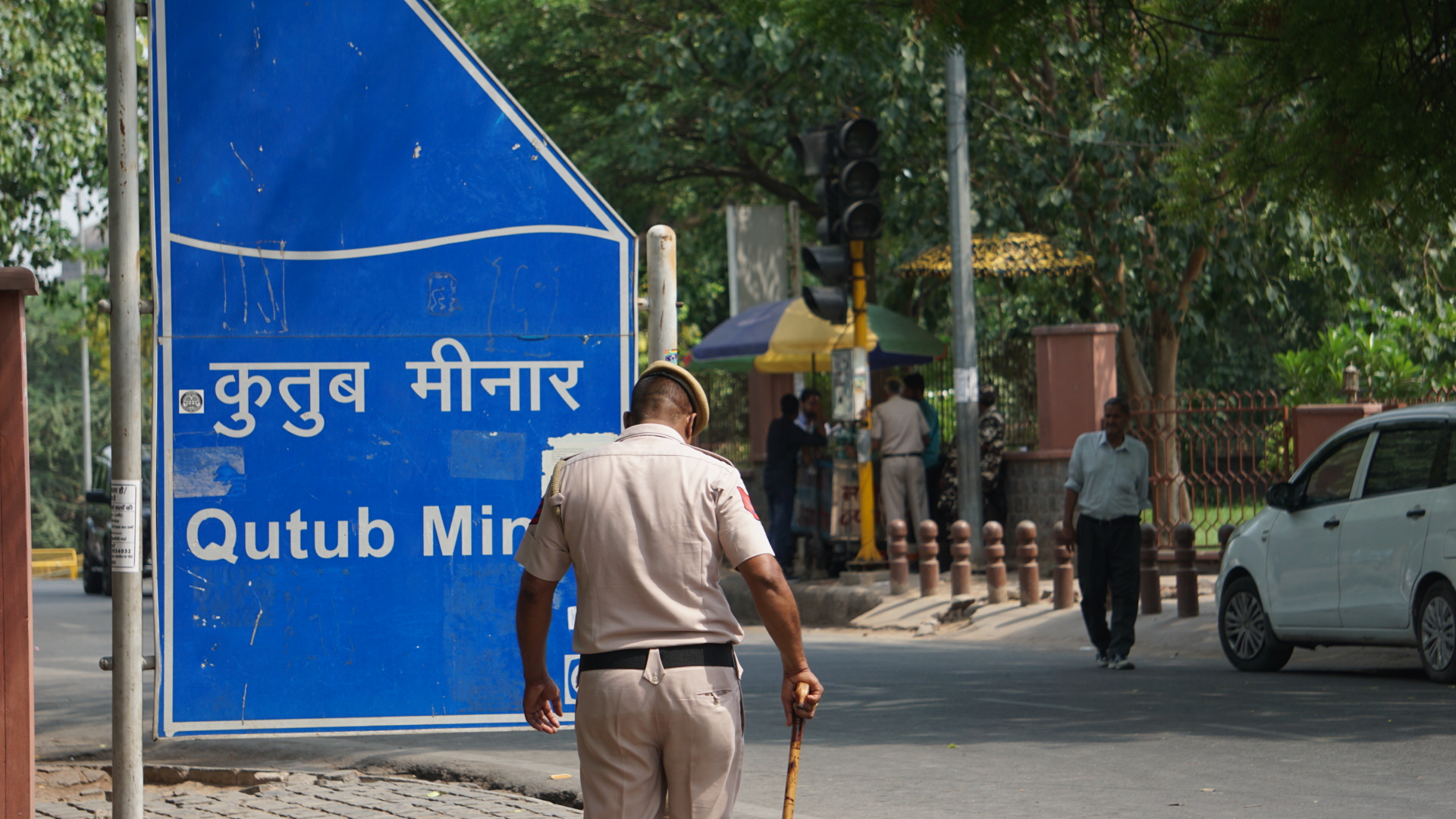 She also explained that name changes always impact history, “For example, the human geography of Delhi is connected in large part to the names. In their list, I see that many of the sarais they want to change – Jia Sarai, Ber Saria, Katwaria Sarai. These names actually tell us of the time when Delhi was an important trading center and these were sarai or resting places where traders and other travelers used to stay.”

She further elaborated that name changing has actually not happened much in the pre-Independence period. After Independence, many colonial names were changed to Indian ones. Liddle distinguished between past name-changing and present, “The difference between that and the present scenario is that British colonial rule was the rule of a government ruling on behalf of a foreign country – Britain.

That is why our freedom fighters wanted to overthrow that foreign rule, and when that rule was gone, many wanted to remove names that were purely commemorative – given to honor a British governor/monarch – i.e. the road names in Delhi. Mughal or Sultanate rule was very different – though, of foreign origin, these rulers made their permanent home in India, lived and died here, and married into Indian families too. Are we to keep calling them ‘invaders’?”

Assam Fails Pre-Monsoon Test, Relief Camps And Aid Couldn’t Reach Thousands In Need
The Price of Lemon is Souring the Budget of a Common Man