2 Sisters Witnessed Their Father Kill Their Mother. Read This Story Of Resilience & Retribution

In Uttar Pradesh’s district of Bulandshahr, two teenage sisters fought a six-year-long battle to get justice for their mother, who was allegedly confined inside the house in the early hours of the morning and burned alive by the perpetrators. 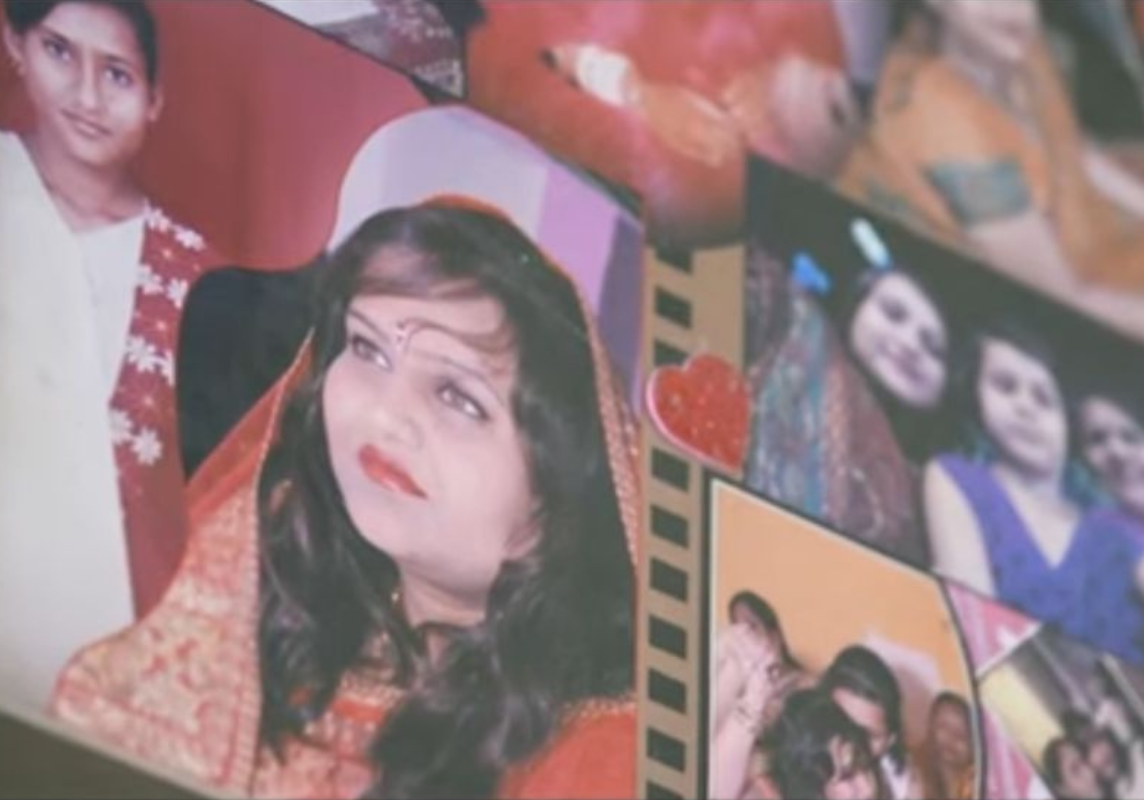 Latika Bansal and Tanya Bansal went to court in Bulandshahr in 2016 to seek justice for their mother, who had been set on fire by their own father. On the morning of June 16, 2016, while the two adolescent daughters were there, the victim was imprisoned inside her in-laws’ home and set ablaze by her husband and his family.

The mother of two teenage girls was rushed to a nearby hospital, where it was declared that 90 per cent of her body is burnt. The doctors at the hospital recommended shifting the victim to Delhi’s Safdarjung Hospital, where she was declared dead.

Latika, now 21, recalls that she was only 15 years old at the time, and her younger sister Tanya was only 11 years old. The two sisters were at home when they overheard a heated argument between their parents and their mother’s in laws. Their mother was abused and made to feel guilty for not having a son during the argument.

She also adds that her mother had five abortions after being subjected to gender determination and being coerced into having an abortion because her attempts to bear a son were failing, “On 13 June 2016, in the evening, around 5.30 PM, all of my father’s relatives came to our house. My Amma (paternal grandmother) started blaming my mother for not having a son, and because of her, their lineage will not continue further. All of my relatives, aunts, and uncles accused my mother of the same. Later my father began beating my mother in anger and frustration and called my maternal grandmother and told her that her daughter wasn’t giving them a son even after five abortions. My father said he wants to get married again.”

Latika and her sister woke up to bizarre sounds from their mother on the morning of the tragic incident, which happened on June 14. Upon rising, they discovered that they had been locked from the outside.

“We saw through a window of the room that our father had a kerosene can in his hands, and our Amma was carrying matchsticks in her hands. Our uncles and aunts were there, standing on guard and not letting anyone in or out. Two of them grabbed my mother, they put kerosene on her, and Amma threw the lit matchstick on my mother. Our mother kept crying and shouting while burning,” says Latika.

Although still grieving and traumatised, Latika and her younger sister Tanya made the decision to take action against this injustice. They filed an FIR at the police station, however, encountered numerous difficulties and were subjected to discriminatory police treatment. The Police had lodged the FIR under section 306 of the Indian Penal Code, which in simple terms means the woman committed suicide and the perpetrators abetted it.

The two girls and their paternal grandmother Omwati Devi resorted to lawyers and voiced their concerns after feeling that the police’s handling of the case was unfair and ineffective.

The ongoing unfair treatment by the police and the so-called justice system put an indelible mark on Latika’s mind and broke the family emotionally. The family went from pillar to post to get justice. They went to various police officials, Superintended of Police, and lawyers, and Latika even wrote several letters to then Chief Minister Akhilesh Yadav demanding justice. “I finally wrote a letter with my own blood to Akhilesh Yadav, thinking this might get his attention,” says Latika.

This incident gained widespread attention, and the then-CM of Uttar Pradesh, Akhilesh Yadav, heard the plea and pledged that justice will be done. Justice was not served as time went by. Finally, Latika and her sister visited Bulandshahr-based lawyer Sanjay Sharma. Sanjay Sharma heard their story and recognised right away that the girls had received unfair treatment and that the case was not legally correct.

Sanjay argued that the case should have been booked under IPC 302 rather than IPC 306, “When I read the case file, an FIR under section 302 was lodged immediately, after the charge sheet was filed, we moved the application and changed the case to 302 of IPC. The court accepted, and also, an alternate charge was booked in IPC 306.” He mentions that a fair investigation hadn’t taken place, and after the court changed the section, the involved police officials were suspended.

The accused, along with seven others, were finally booked under section 302 of IPC, which says, ‘whoever commits murder shall be punished with death, or imprisonment for life, and shall also be liable to fine.’ Sanjay told that the seven other perpetrators are still undergoing trial, and the court’s verdict for the main accused is life imprisonment and a fine of 20,000 RS. The verdict declared the father guilty under section 302 of IPC, and the Court, in an operative motion, wrote that because of not having a son, the perpetrator killed her by immolating her.

These young girls had a difficult time getting justice, but they eventually succeeded. However, what has been lost cannot be recovered. The love, devotion, and protection that a child requires from their parents, especially their mother, are no longer present in their lives. These girls are put in an unusual scenario where they lack parental love because the mother was killed and the father was given a life sentence.

“My daily life went haywire, early morning, I used to see my mother, and her love had vanished. Worse was to see the faces of those people in court who murdered her. My father has no remorse, it seems he’s rather happy. As if human life doesn’t mean anything. I had to take care of my little 11-year-old sister while I was just a kid,” expressed Latika.

Karnataka: The Boiling Battleground of Hijab vs Scarf
SSC GD 2018: Students Resort to Foot March In a Bid for Their Rights