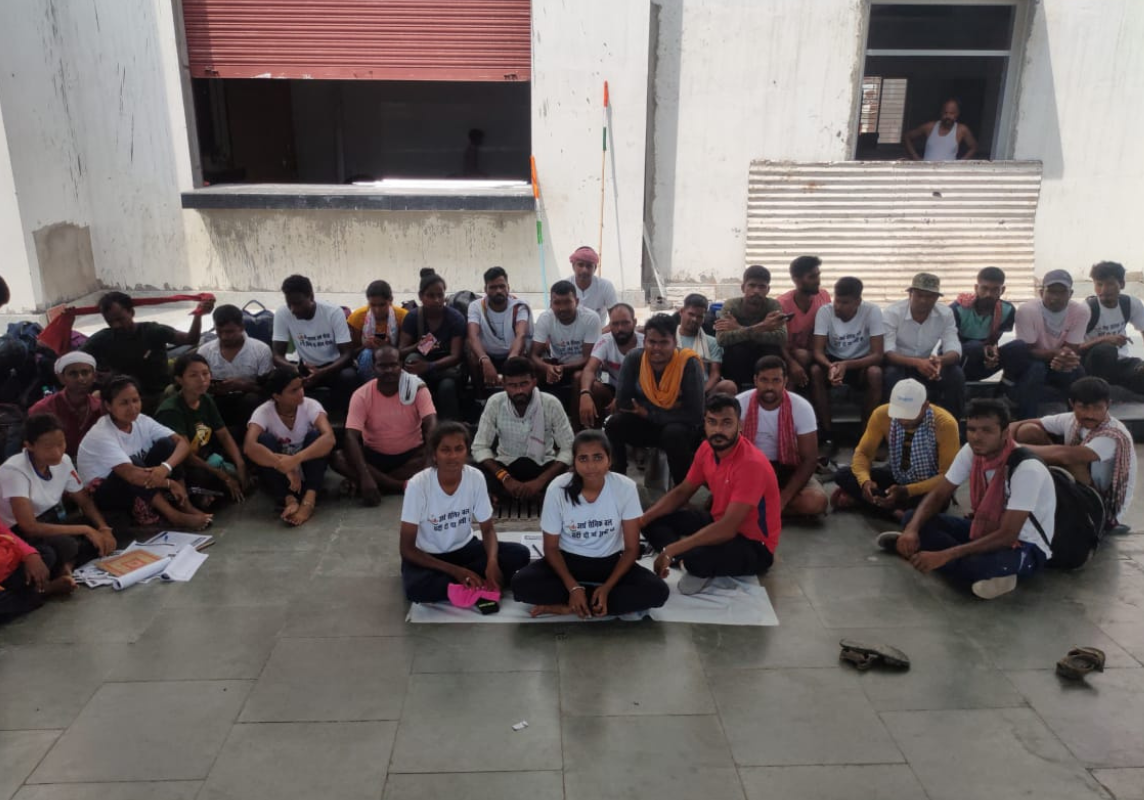 The candidates have been demonstrating for over a year now. They went on a 56-day hunger strike in Nagpur’s Samvidhan Chowk, which prompted Union Minister Ramdas Athawale to offer promises. A meeting with the Ministry of Home Affairs (MHA) was scheduled after the Ministers agreed to consider their request. A delegation of students was also invited to Delhi, but when they got there, Athawale kept them waiting all day long before breaking his word.

40 students, who had no other option, marched 1,100 miles on foot from Nagpur to the national capital. The candidates started their march at the beginning of this month, and they have since travelled more than 800 km. However, a total of 160 candidates were detained by Agra police in an attempt to prevent them from reaching Delhi. The tension in the air was palpable when Mojo Story arrived in Agra to meet these candidates. Police initially refused permission to take these protestors out on the roads, but as time passed, the force deployment increased.

“At 4 am, suddenly there were constant knocks on our door. The lady constables compelled us to wake up and go to the police van. They did not even allow us to use the washroom or even brush our teeth”, Manju, a woman candidate, told Mojo Story.

She added that all their pamphlets and flags were snatched, and they were divided into different groups, “The police dropped us at different stranded places in Aligarh, Chambal, and Dholpur. We do not have money or any resources to go back home. We were being completely peaceful, but the way we have been treated has shattered our dreams completely.” There’s been no water given to these students for more than 2 hours now.

While these students are being transported to an “unknown location,” six students remain at the Gurdwara, where these candidates were resting. The march’s leader, @Vishallandge199, is nowhere to be found in any of the buses (as alleged by his companions).

Puspa, another candidate who has now been detained, alleges that the complete address, name, and number were noted down by the police of every student.

“It’s shocking to see them acting this way. We’ve been protesting peacefully for 16 months, and this is what we get in return? We are being abandoned in the middle of the woods and on highways without our entire group. Some are dropped off at the train station. All we asked for was a uniform, a chance to serve our country, and exams that we had already passed,” said Amita, the detained candidate.

“We were told that we were raising anti-national slogans and doing politics here. This is completely wrong. All we want is our jobs for which we are duly qualified. The UP government is playing divide and rule politics with us. We do not deserve this”, she expressed.

Kashmiri Pandits Threaten A Repeat of the 1990 Exodus
While Protests Are On Halt, Students of RRB NTPC Remain Arrested Amid the Media’s Silence