On August 28, 2018, the government issued a notification for around 60,000 posts in the SSC GD (Staff Selection Commission General Duty), where vacancies were to be assigned in the country’s paramilitary forces. After a rigorous selection process, over 55,000 applicants received their joining letters by 2021. However, approximately 10,000 people failed to join due to personal reasons. 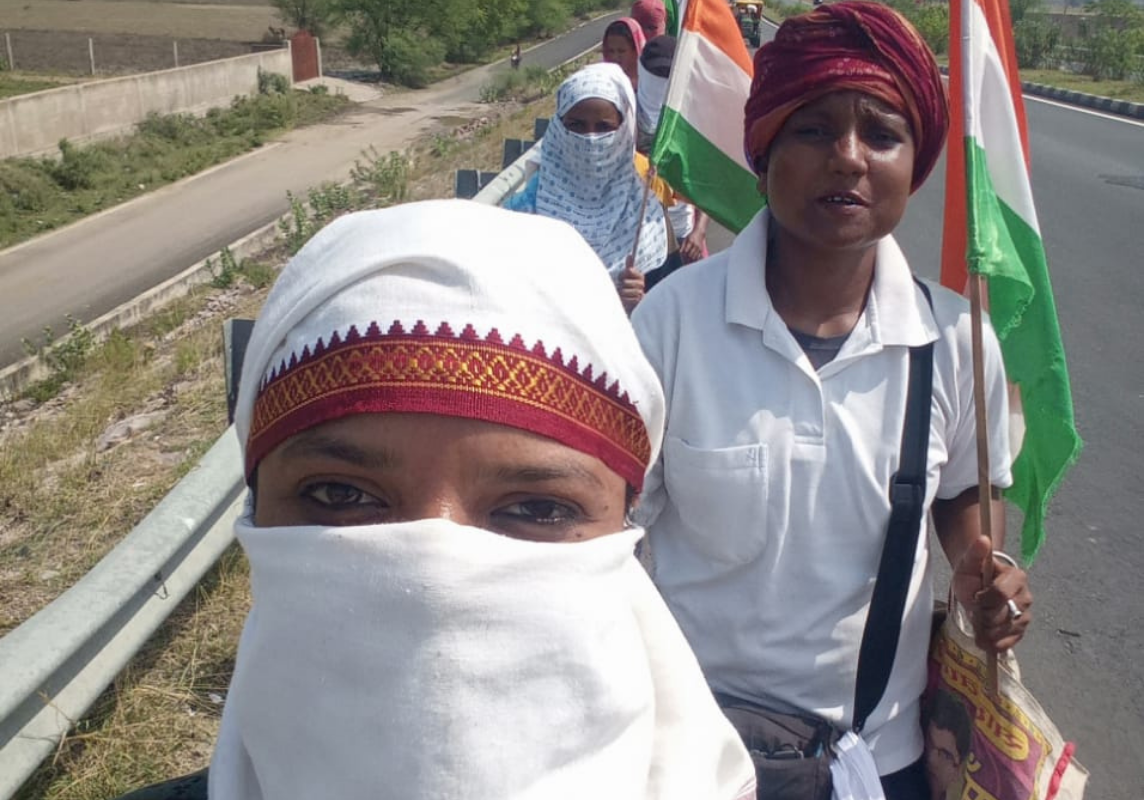 Since then, at least 1200 medically fit, qualified SSC GD students have been protesting on the streets for over 16 months for allocation in the remaining posts — followed by a 72-day hunger strike in Nagpur. Moreover, students have staged social media trends, with one of their latest Twitter campaigns reaching 172k tweets in a single day.

Currently, they are on a foot march from Nagpur to Delhi — they marched from Nagpur’s Samvidhan Chowk and are now near Gwalior in Madhya Pradesh. The march began with 40 students, and with the additions along the way, at least 110 students are marching towards Delhi right now and at least 15 of these are women.

Young women protestors have faced far more obstacles at every stage than men participating in these protests. During the July protests in Delhi, police officers were seen manhandling female protestors and dragging them to police vans. Several female protestors were injured in the same incident and were taken to the hospital. Furthermore, because women in Nagpur continued to fast for almost 20 days during the fast-unto-death strike, it created a delay in their periods, and not having access to bathrooms exacerbated their pre-existing issues. 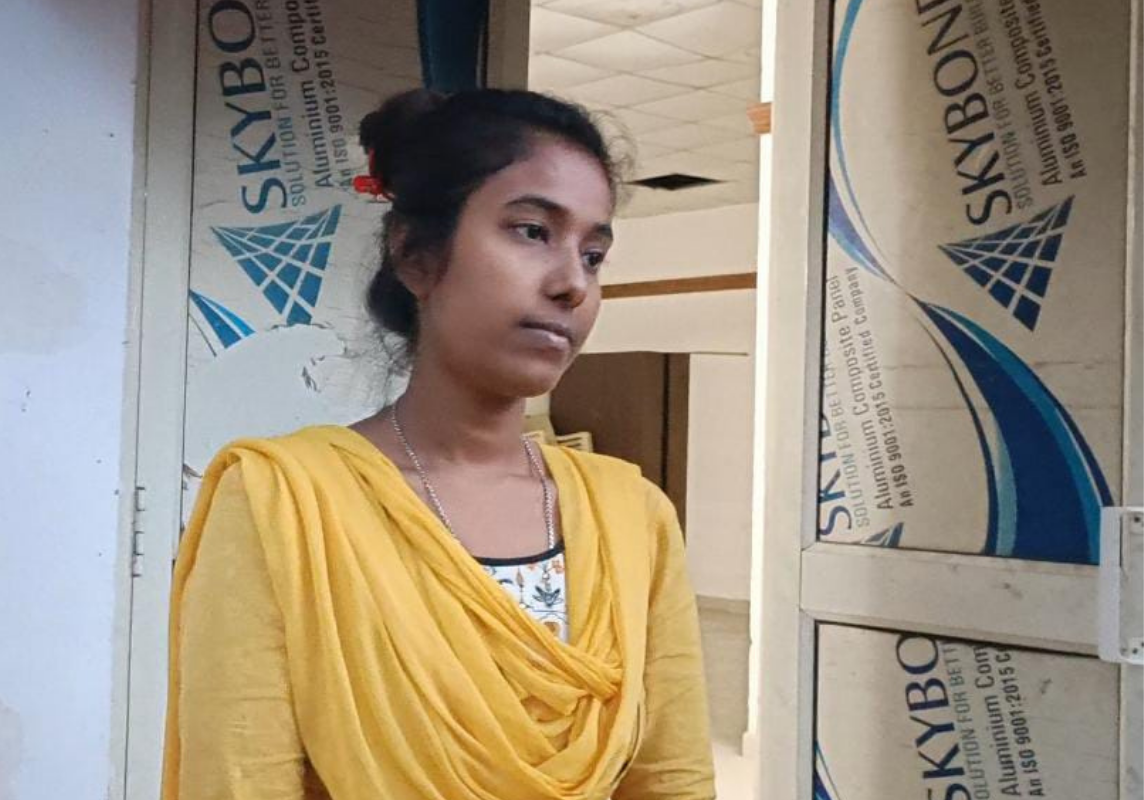 Sushmita, a candidate from WB fled her house to take part in the ongoing agitation

Not only do women face pressure from external forces during protests, but they also face constant taunts from their families to marry. “My only wish is to wear the uniform and serve my country. I don’t want to get married and give up on my dreams for no fault of my own,” says Seema, an aspirant from Chhattisgarh.

Many of these female protestors were forced to flee their homes due to parental pressure to marry. Sushmita is one such student who came to Delhi from West Bengal to protest. Her father died many years ago, and she now only lives with her younger brother and mother. When she passed all rounds of the SSC GD, her family thought that was the end of their problems, but the government’s delay in allotment has rendered her helpless.

“I had to leave without telling my mother. My neighbours constantly mock my family, claiming that I ran away with some guy to marry,” Sushmita stated. Such instances of character assassination have been fairly common in cases involving women from Chattisgarh and West Bengal. While these students only wanted to wear their uniforms and serve their country, societal pressure has gone to great lengths to make them unhappy.

Nisha, another West Bengal candidate, had to go through the same ordeal. Despite coming from a more stable financial background, Nisha’s relatives and neighbours have made her life equally miserable, “My relatives call me when they see my WhatsApp status from the foot march, but they never ask about my health or the status of my job. It’s always to ask where I am and that I should stop all of this drama and get married.” She expressed her concern saying that she is worried about her parent’s reactions to the taunts directed at them by relatives and neighbours.

Lack of washrooms and denial to use one during periods

During the hunger strike, the only restroom available to these women was at a nearby petrol station, which was at least half a kilometre away from the protest site. Many women protestors experienced a period delay during the fast due to a lack of food and the scorching heat. Few even had a urine infection. Nisha was one of them, “When I got a urine infection, I had to break my 15-day fast and return home. My health was deteriorating by the day.”

It was made even more difficult by the foot march. Walking kilometres during their periods and enduring pain while carrying heavy luggage on their backs in the sweltering summer heat was a big challenge.

Most of the places these students passed through required them to spend the night in a temple, a banquet hall, or even open tents on the road. It was easy for the boys to go out in the open but it became extremely difficult for the girls due to a lack of washrooms.

“Just because we are on our period, at several places, villagers denied letting us use the washrooms saying that we were impure,” Amita, a candidate from Chhattisgarh, explained. “Not only that, but they were hesitant to let us spend the night in their village.” 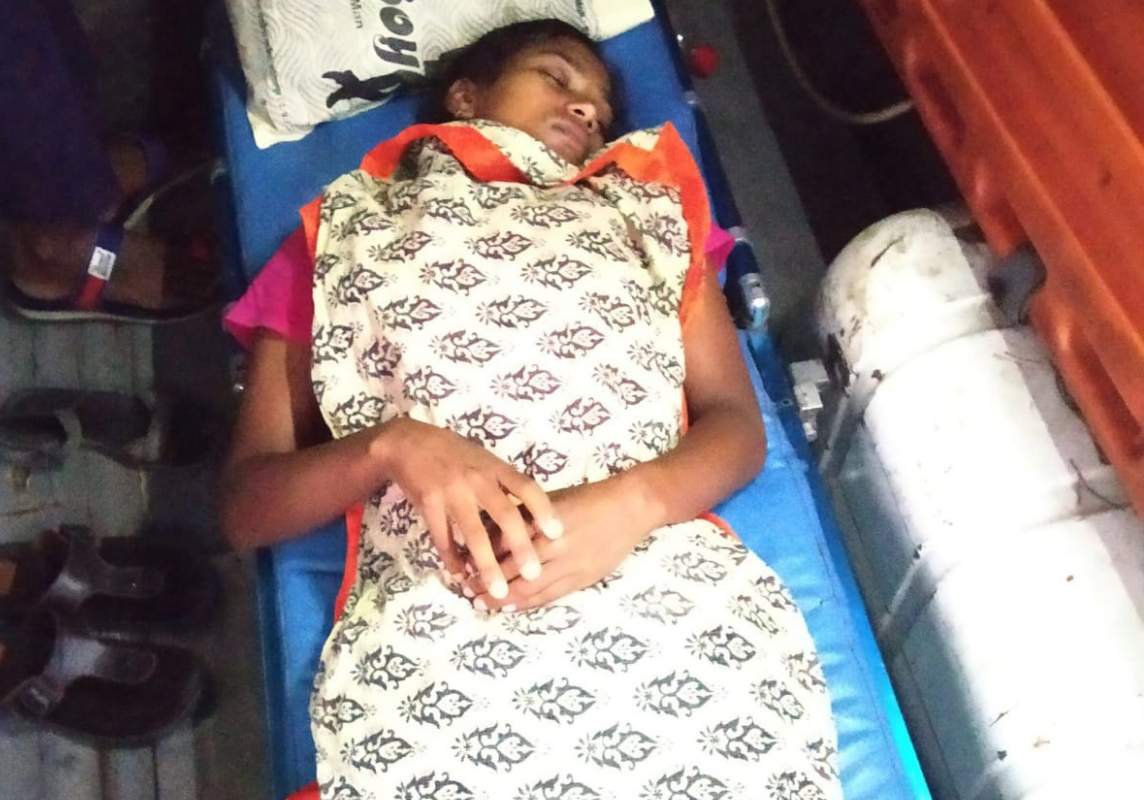 Amita Salam, a candidate from Chattisgarh as she was being taken to the hospital in Jhansi

Deteriorating Health is the Biggest Hurdle

Every day, at least one or two students from the entire cadre become ill and have to be taken to the hospital. Amita Salam fainted during the march, and then vomited nonstop for two days. She recently had to fight for a bed in a hospital. She was referred to three different hospitals before receiving treatment at a government hospital in Jhansi.

The situation improved after she was transferred to Jhansi, and she was able to rejoin the other protesters. However, she soon became ill again, and this time the doctor diagnosed her with typhoid. She is currently in the hospital, and the doctor has advised her to rest. Many of her fellow protesters tried to persuade her to return home, but Amita says she won’t until she has a uniform to serve the country. As the protesting candidates’ slogan goes, “Vardi do ya Arthi lo,” which translates as “Give us the uniform we deserve or take our deathbed.