Over the last 17 months, the SSC GD students have expressed their wrath through various non-violent protest tactics. Beginning with direct action demonstrations at Delhi’s Jantar Mantar, following a 72-day hunger strike in Nagpur, and finally, after knocking on every door, they began an 1100km foot march from Nagpur to Delhi. 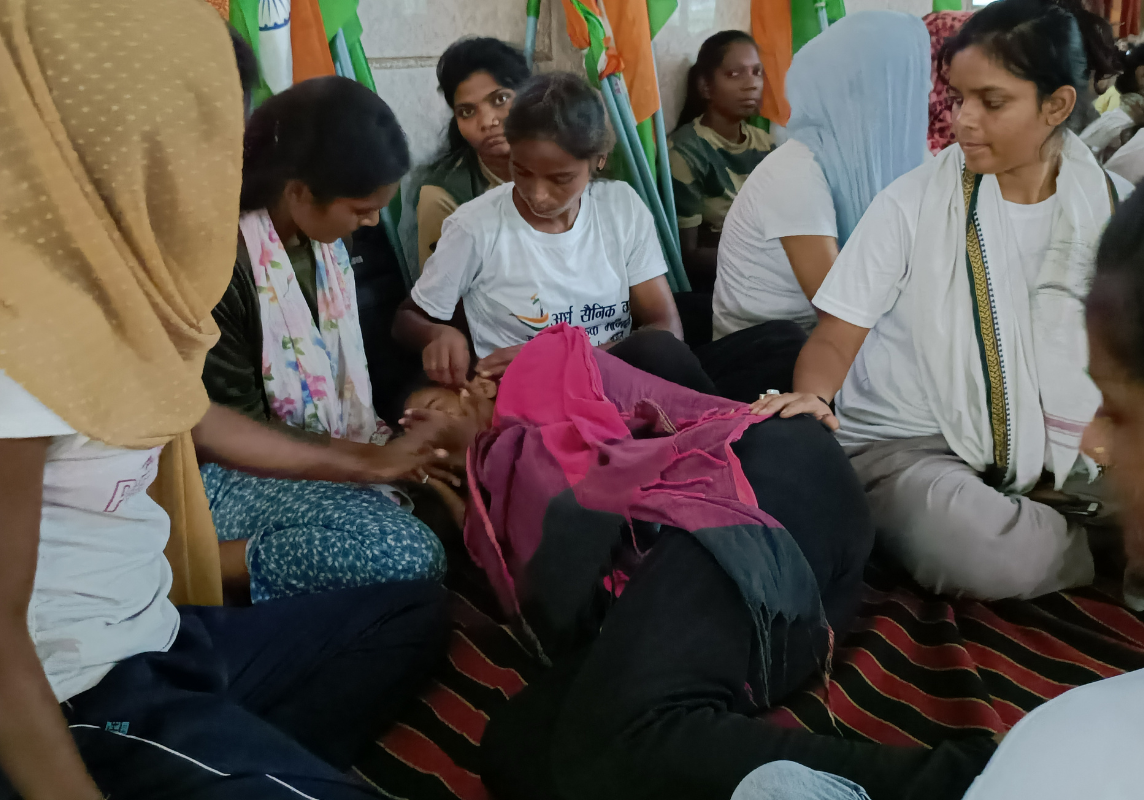 At least 150 students have already travelled approximately 950 kilometres before being apprehended by state police in Palwal, Haryana. However, the students claimed that this was not the first time that the state apparatus was used to prevent them from marching. Vishal, the march’s leader, claims that the State police and IAS personnel started threatening them when they arrived in Madhya Pradesh.

The Centre issued a notification in 2018 for a total of 60,210 positions in the paramilitary forces (CRPF, CISF, Assam State Rifles), for which exams were held. Following three testing sessions, 1,10,000 students were determined to be qualified. Finally, the centre announced that approximately 55000 students will be enrolled. However, there were still about 4000 open positions.

Due to the three-year wait for the joining process to be completed, many candidates have since reached retirement age and are no longer eligible to apply for the same position. Many people saw this as their only opportunity to work for the government. Even though they were qualified, they would have nowhere to go if their application was refused. Not to mention, the majority of these individuals are from underprivileged backgrounds.

After on-the-ground protests, social media trends, and a hunger strike failed, these students finally decided to walk approximately 1100 kilometres from Nagpur to Delhi.

The foot march began on June 1st, 2022. Since the beginning of the march, the protestors have had problems with food, drink, and shelter. The female protesters were plagued by sanitation issues; some missed their periods, while others were denied access to village restrooms solely because they were menstruating.

The students were stopped on the 20th day of their march in Madhya Pradesh’s Sagar by the district collector, who came to these kids and urged them to leave his area of control as soon as possible. In a video that went viral on social media, the Collector and constables were seen ordering the students to leave their area and that they would be held accountable if they did not. However, the Collector issued a notification stating that he had not done anything of such with the candidates. Later, he made accommodations for the candidates’ meals and lodging and shared a photo of the group on social media.

As the SSC GD 2018 hopefuls made their way deeper into Agra, the trail followed them. The candidates had sought refuge at a Gurudwara close to the Agra Bypass in Agra for a day. Three police vans arrived one after another at the Gurudwara, where the students were scheduled to leave the following day.

Biru, a contestant, described what happened next, “Our door was pounded on around five in the morning. We found police officers who told us to collect our baggage and get inside the police van right away. Even using the restroom or brushing our teeth was forbidden.” The pupils were separated into 30 groups, their tricolors were removed for the parade, and they were all dropped off in remote locations. Some in Agra city, some in Dholpur in Rajasthan, and others in Aligarh and surrounding regions. “Some of us were asked to return home after being abandoned on the highways. Police didn’t even provide water and food for long.”

After being dropped off at various spots, they gathered once more in Mathura and continued walking till they reached Haryana. They were, however, followed the entire time by a purported agent of the Ministry of Home Affairs Intelligence Bureau. On the eve of the 1st of August, state police in Haryana detained and transported six students who were en route to a press conference in Delhi. Later, the remaining students were housed at the Trivoli Palace hotel in Palwal, Haryana.

The pupils assert that they were transported to this location with the expectation that the administration would feed them. Buses were provided later that evening, and students were dropped off at the Madhya Pradesh border. Additionally, they claim that if they did not go, the police threatened to damage their jobs.

Awadh Raj lives in Maharajganj, Uttar Pradesh. After losing his father 22 years before, he had only his mother to rely on. He is physically and medically fit, making him one of the 2018 contenders. He claims that the cops recently dumped him and other kids at the Chambal Ghati. Two days ago, his mother received a call from the neighbourhood police. His mother claims, “The police said that my child’s wishes would be granted if he returned home calmly. They threatened to file an FIR against him if he did not return home.”

Awadh said that the police have visited his home twice to verify his identity and have also summoned him to the police station, “The police called my uncle and ordered him to call me back, or else I would be bringing trouble upon myself.”

CUET: An Exam Before Exam?
Tripura: Police ‘Shoots the Messenger’ as News of Communal Violence Spreads over Social Media