The Human Stories Inside Singhu Border: Why the Farmers Protest Will Still Go On

Is Morchey mein kisi ne kisi cheez ka balidaan diya hai ye ladai jeetne ke liye (During this protest, everyone has made some sacrifice to win the battle). 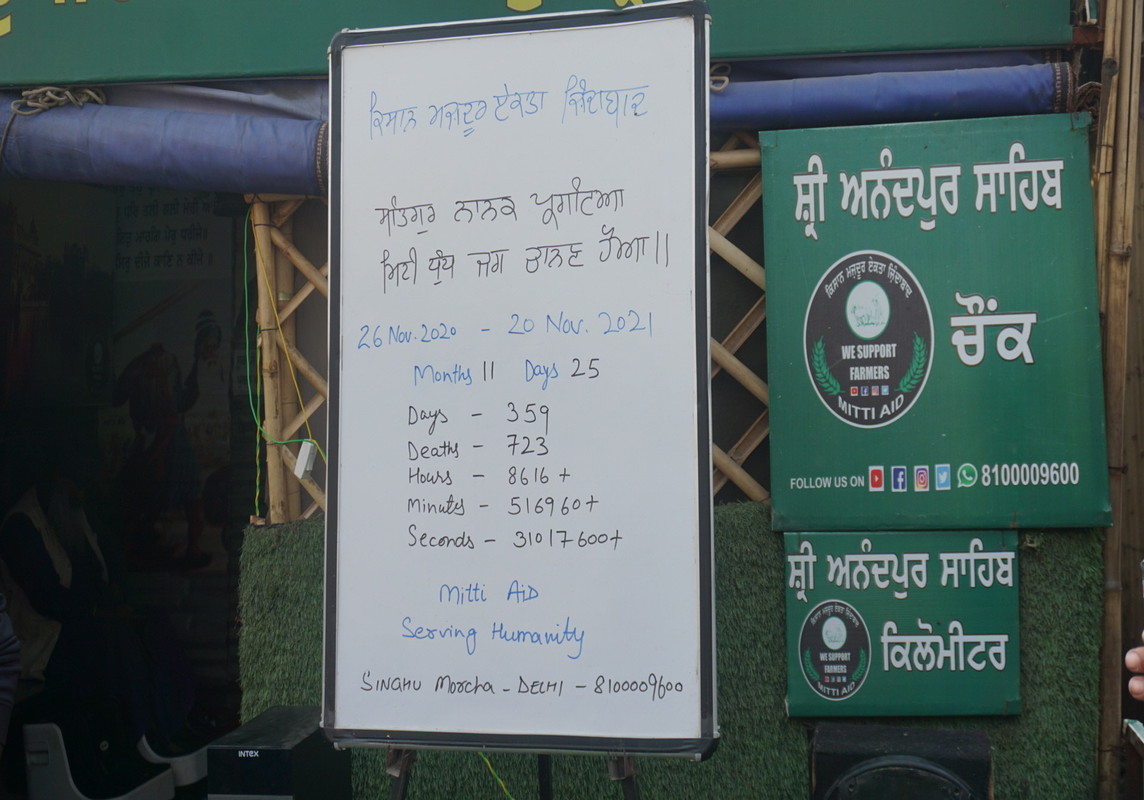 Onkar Singh, 34, showed a photograph of his two-and-a-half-year-old son on his phone, and said, “Last night, my kid spoke to me via WhatsApp video call and asked Papa, can I also come to Delhi?”

Onkar, a farmer from Hoshiarpur, Punjab, came from the Gaddiwal village. He claimed that he and his companions have been at the Singhu border crossing since the beginning of the farmers protests. Onkar told Mojo Story that he owned approximately seven farmlands in which he farmed sugarcane, but that the crop was plagued with top borer larva due to a lack of proper supervision. “Usually, I earn a profit of one lakh rupees from a single field, but this year because I was in the farmer’s protest, my earning was reduced to twenty thousand only per field.”

After suffering a significant financial loss, he maintained that the loss was insignificant. “When we look back at our history, we see that our Gurus made enormous sacrifices in comparison to us. We believe that these setbacks pale in comparison. For us, our Gurus are a source of inspiration.” 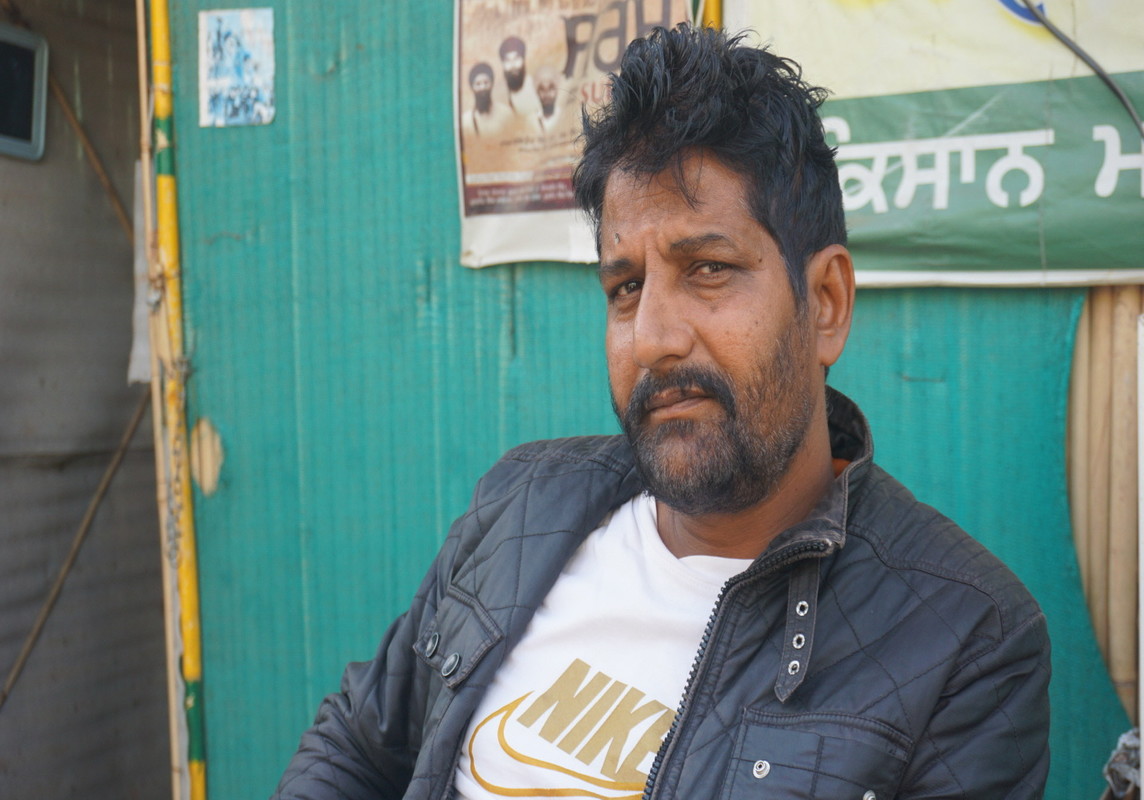 Onkar’s friend Jasveer Singh, 43, disagrees and does not believe Onkar’s loss is significant. “Farmers are like a mother to this country; we never look at things in terms of profit or loss. We are not like the Ambani and Adani families, who are always concerned with earnings. However, yes, it is true that we all miss our family,” Jasveer continued. “I was viewing a video on Facebook about my daughters right now, and I couldn’t stop crying. I immediately called my daughter.”

He further said that this is not a complete win. “We will also fight till all our demands like a legal guarantee of Minimum Support Price (MSP), withdrawal of The Electricity Amendment Bill and deletion of penal provision in the ‘Commission for Air Quality Management in the National Capital Region and Adjoining Areas Act, 2021’ will not be accepted. In our village, we already prepared the lists of farmers who will attend the protest in shifts until 2024,” he said when asked about sitting at the border protest location. “We are unconcerned with sitting here.” 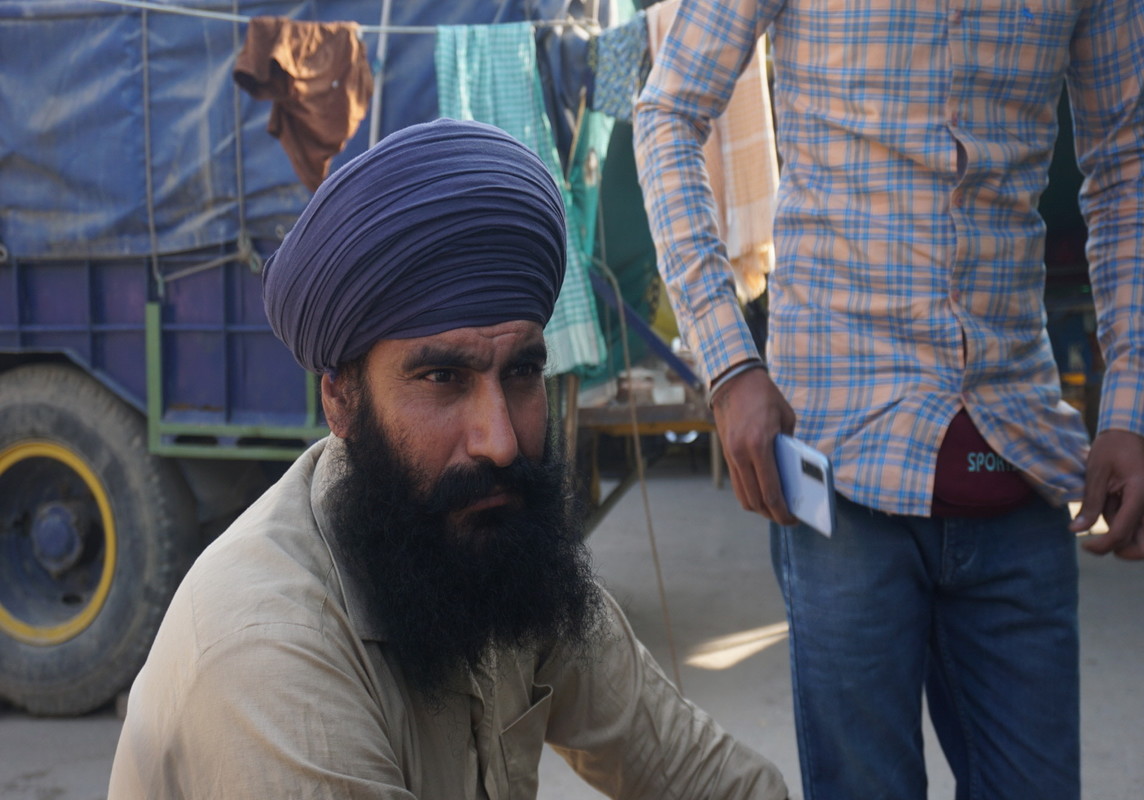 Rockinder Jeet Singh, a 44-year-old lawyer turned farmer, stated that while family commitments and financial responsibilities are vital, the farmers’ protest is more important to us. “Let’s say a guy gets an infection in his leg and the doctor tells him he had to chop his leg off or he will die. Obviously, he will choose the patient’s life,” he says. “As a result, this farmer demonstration is our life, and we will fight for it.”

Rockinder told us that he is divorced and has a four-year-old child to take care of in addition to his 67-year-old mother, but that his younger brother has to look after them because he has been sitting in the protests since 27th November 2020. Rockinder also informed us that he owes more than 12 lakh rupees in debt. “I have to pay an instalment of 80,000 rupees every six months, but my past two instalments were missed because I had to be here.”

“We learned a lot from this protest, and we were all able to overcome religious and caste barriers.” In our shed at Singhu, there’s a boy whose father and my father are both standing to be the Sarpanch. We have, nevertheless, become friends as a result of this protest. “We never thought of this,” Rockinder replied, laughing. “We have zero trust in Modi’s word,” Rockinder said of the Prime Minister’s promise to overturn three farm rules. “We respect the position of Prime Minister, but not Modi. By 2022, he also vowed to provide fifteen lakh rupees, two crore jobs, and double the farmer’s income. It was all a Jumla.” 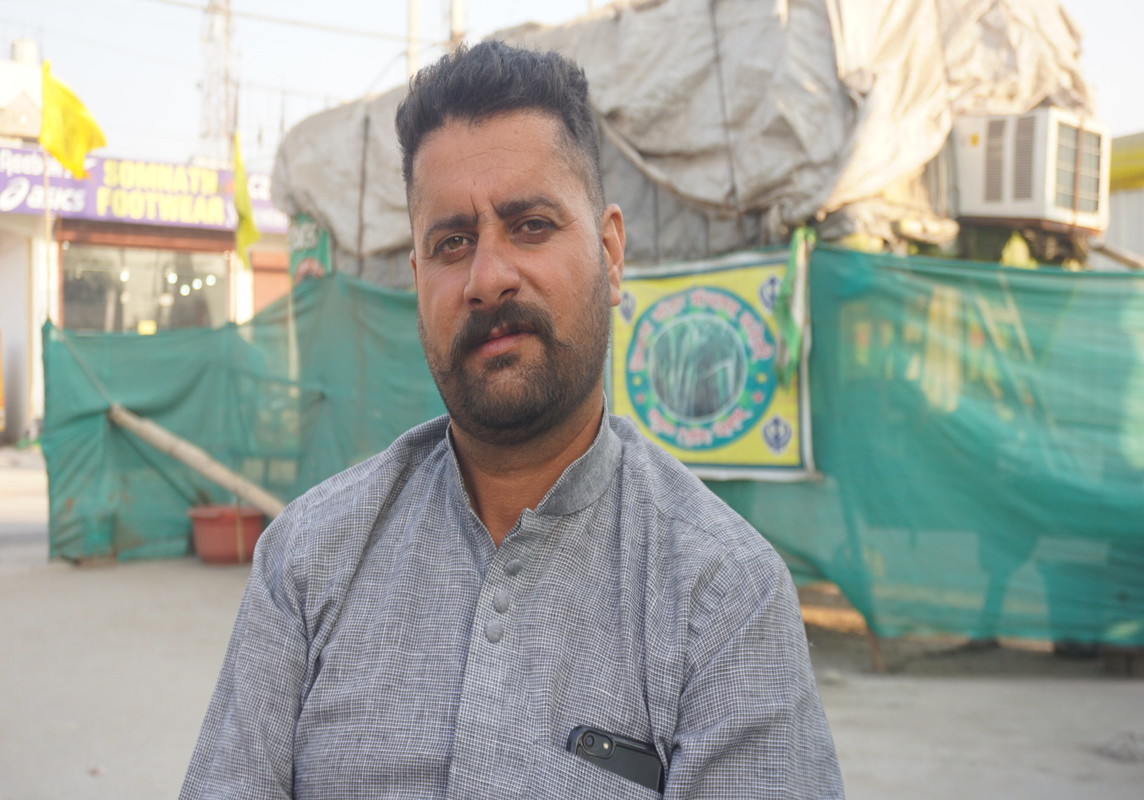 “This year’s severe rain with hailstorm devastated my Basmati crops,” says 45-year-old Jasvinder from Ropar district. “If I’m in my village, I’ll be able to cultivate them at the appropriate time. In addition, for my nephew, I recently set up a sports utility shop. I put more than Rs. 4 Lakhs into the shop. Now that I was here, he has to look at my parents, therefore his shop has been closed for the past three months.”

“This fight is for our future generation,” Jasvinder remarked after making his argument. “We all sacrificed something for this protest, but if we don’t sacrifice something now, we won’t have anything to sacrifice in the future.”

CURRENT STATUS OF THE FARMERS PROTEST

On the occasion of Guru Nanak Jayanti, Prime Minister Narendra Modi announced the repeal of three farm rules, which farm leaders hailed but described as a half-win. On Monday, Samyukta Kisan Morcha held a Mahapanchayat at Eco Garden, Lucknow, the capital of Uttar Pradesh. In the function, farmer leaders are calling for the resignation of Union Minister Ajay Mishra Teni, whose son is allegedly engaged in the Lakhimpur Kheri violence case, and for a law ensuring the Minimum Support Price (MSP).

On Sunday, the Samyukt Kisan Morcha addressed an open letter to Prime Minister Narendra Modi, requesting that talks with the government on their six demands, which include a law guaranteeing a minimum support price (MSP) for all farmers, resume immediately. “After 11 rounds of talks, you chose the path of unilateral declaration rather than a bilateral solution,” the SKM wrote in the letter, thanking PM Modi for his decision. According to the letter to the Prime Minister, “Thousands of farmers have been accused in hundreds of instances in Delhi, Haryana, Chandigarh, Uttar Pradesh, and other states since the movement began in June 2020. These cases should be dropped right away.”

“Approximately 700 farmers have died as a result of this campaign. Their families should be compensated and given rehabilitation assistance. At the Singhu Border, land should be set aside for the construction of a memorial for the farmers who have died”, it further said.

At this juncture, now, the SKM has warned that the protests will continue unless the government resumes talks with them on the six points raised in the letter.