The Timeline and Narratives of Jahangirpuri

As the violence of Jahangirpuri came to a halt, the destruction left behind is unimaginable for some. A snapshot of a young boy collecting coins and tetra packs from his father’s demolished shop went viral on social media. However, there is a lot that happened before and after this photograph. 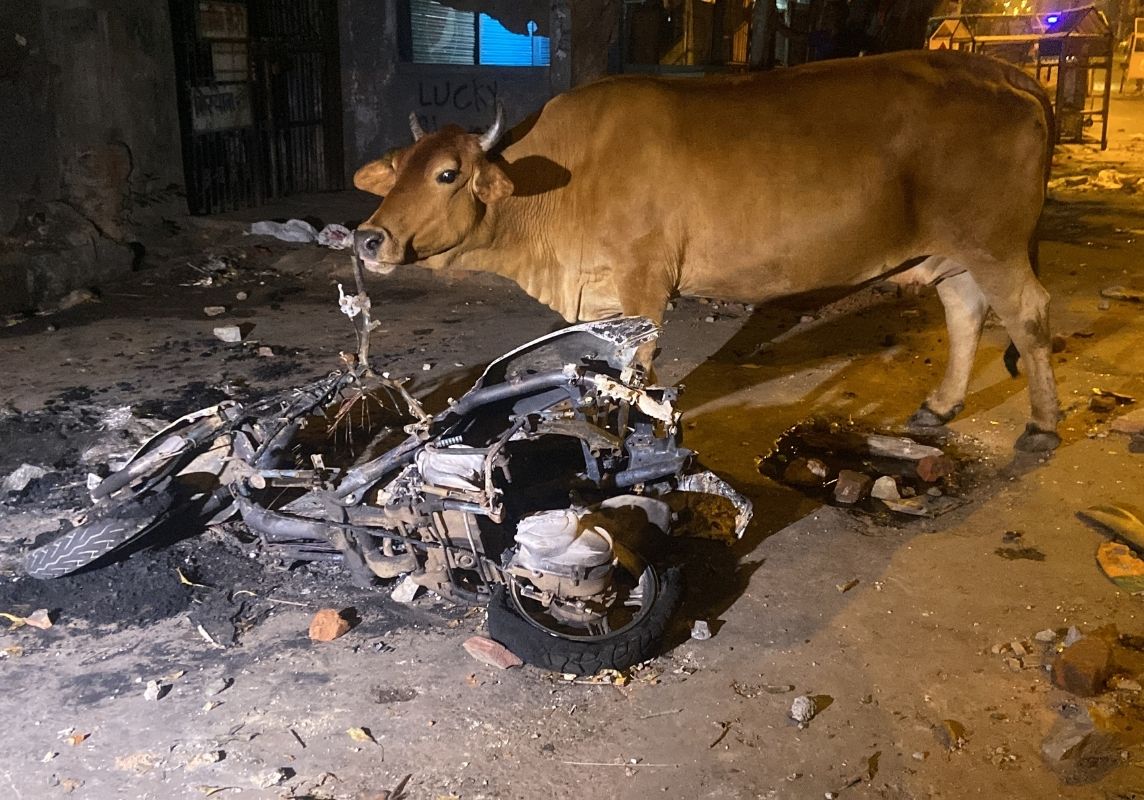 The eve of Hanuman Jayanti was enthusiastically observed throughout North India. Across the capital, Shobha Yatras (a parade with a Hanuman tableau) were organised, Jahangirpuri, a part of Delhi infamous for law and order, being one of the locations.

As per the locals, three Shobha Yatras were paraded through the alleys of Jahangirpuri. The first was scheduled for 9 am and was planned by Shri Hanuman Chalisa Sewa Sangh. The second Yatra was a motorcycle rally named the “Vishal Bike Rally,” which was put together by the Rashtriya Bajrang Dal, a branch organisation of the International Hindu Parishad and began at 10:00 a.m. The third was the “Bhavya Bike Rally,” which was organised by the Bajrang Dal’s Mukherjee Unit. Locals told Mojo Story that violence erupted during this final bike demonstration.

According to Jahangirpuri Police Station’s First Information Report (FIR) no. 0440, as obtained by Mojo Story, a man named Ansar and his four associates started a verbal brawl with the procession when the Shobha Yatra arrived at the Jama Masjid located in the C-block at 6:00 p.m beginning the series of violence.

The Delhi Police filed an FIR against VHP and Bajrang Dal for taking out a religious procession without permission a day after the skirmishes had broken out, arresting more than twenty people in relation to this violence.

This or That Version

On April 16, Mojo Story reached the ground to gauge the situation. The team talked to both sides to have a clear idea of the incident.

Jahangirpuri is a communally sensitive area. The C-block, where the violence erupted, is primarily a Muslim majority area, while G-block, which is right opposite to the C-block, is a Hindu-majority area. 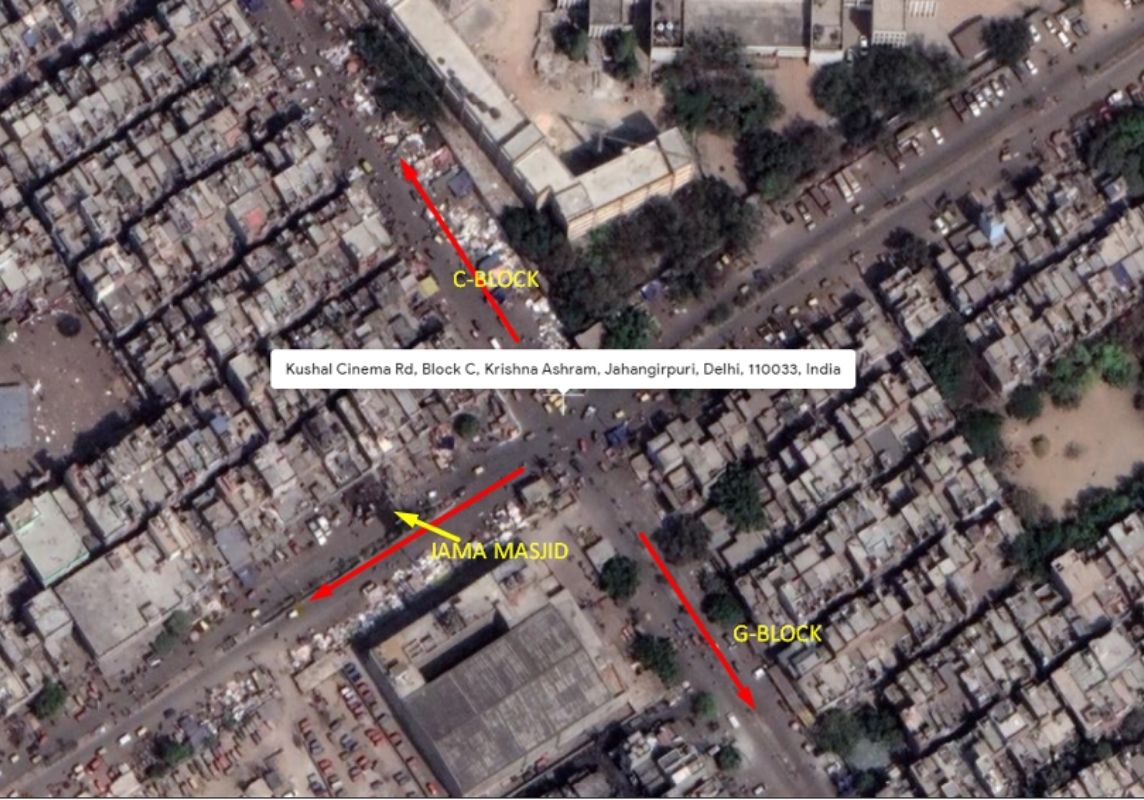 Anoop Tiwari, local resident of G-block who was also a part of Shobha Yatra, told us, “our Yatra was passing peacefully from Masjid when suddenly, people from there started hurling stones and glass bottles. They also looted some shops and set vehicles ablaze.” He also claimed the presence of local guns as well.

On the other side, a local from the C-block informed us, “The people in the third yatra tried to enter the mosque with Saffron flags. We tried to keep them calm but they did not listen to us. They started pelting stones on the mosque, and we also hurled stones in retaliation.”

The Commissioner of Delhi Police, Rakesh Asthana denied this claim.

In the incident, 7 policemen and one local were injured. Sub-inspector Medhalal was shot in his hand. The next day, Delhi Police arrested people involved in this violence, three prime accused – Ansar Sheikh and Aslam – were sent to police custody. 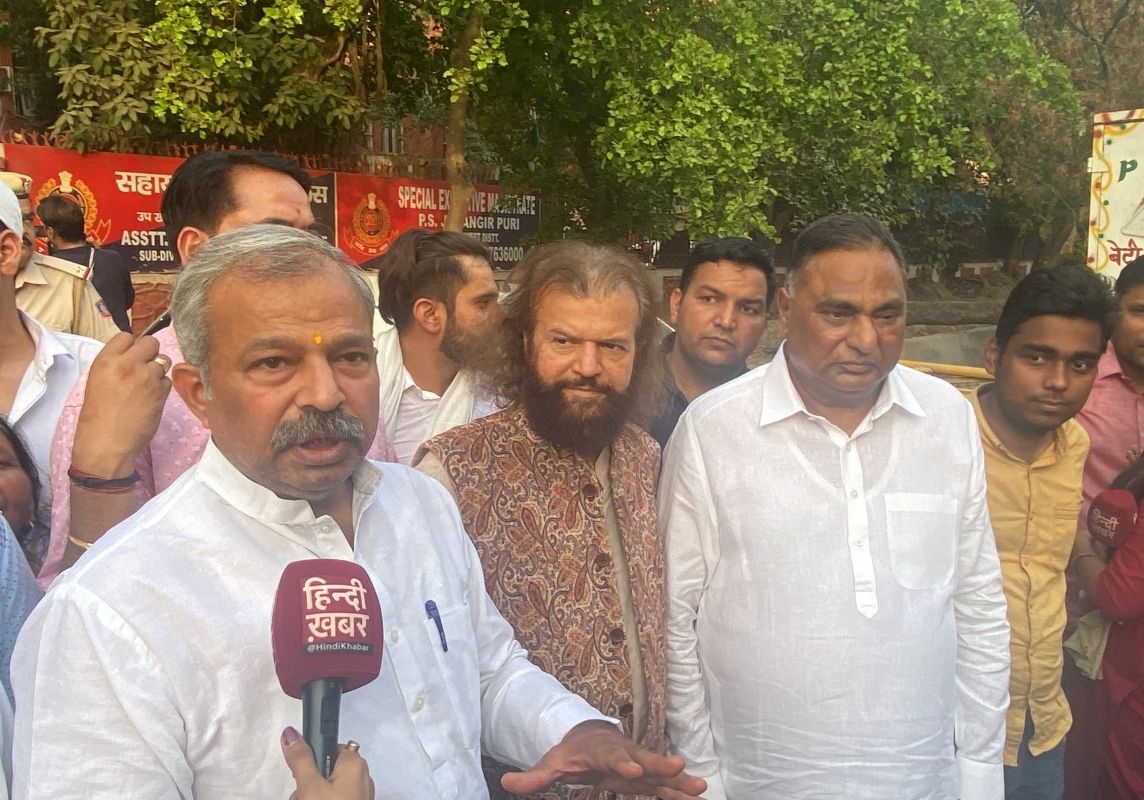 Leader Aadesh Gupta said, “These are Bangladeshi infiltrators and Rohingyas who encroached on the government’s land. The Kejriwal led government is supporting them by giving free electricity and water to them.”

Gupta would go as far as to encourage the North Delhi Municipal Corporation (NDMC) to demolish the encroachments.

Locals told Mojo, “most of the people are from West Bengal and speak in Bangla language. Because of their accent, it is easy for these politicians and mainstream media to paint them as Bangladeshi. Most of them have all government papers and identity cards. They have been living here for more than twenty years; how can you call them Bangladeshi?”

60-year-old Aspiya, whose two sons were arrested under National Security Act, tells Mojo Story, “We are from Medinipur, West Bengal. They are calling us Bangladeshi; do we look like Bangladeshi? I have all my citizenship documents.” 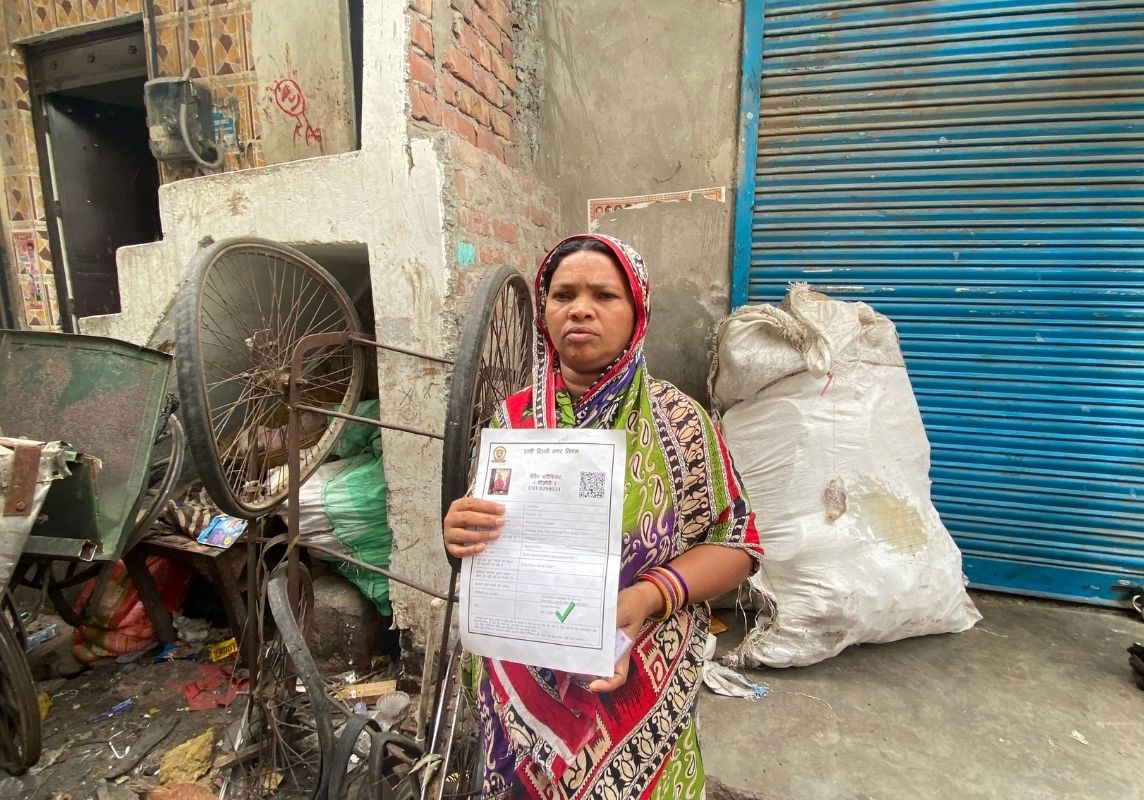 Post the violence, the NDMC issued a notice announcing that they would be demolishing all the “encroachment” in Jahangirpuri. The Municipal corporation would then go on to bulldoze at least a dozen shops in the area before the process was halted by the Supreme Court.

As per reports, the demolition process continued for four hours after the court order until CPI (M) leader Vrinda Karat stopped it. 47-year-old Aambiya’s two-decade old tea and the pan stall was also bulldozed by the NDMC.

She also showed the team all her valid documents that were signed by the North Delhi Municipal Corporation, “I am a poor lady, I earn merely two hundred rupees a day from this stall. I also told them that I have all the documents but they did not allow us to show it and demolish it.”  She said she saved the earnings of this stall for the future of her kids but now is confused about how she will restart her business. Like her, Ganesh Gupta’s juice shop was also demolished by the Corporation. He told The Mojo Story that he has all the valid documents of the shop. He also sought to the Supreme Court for compensation of his loss. 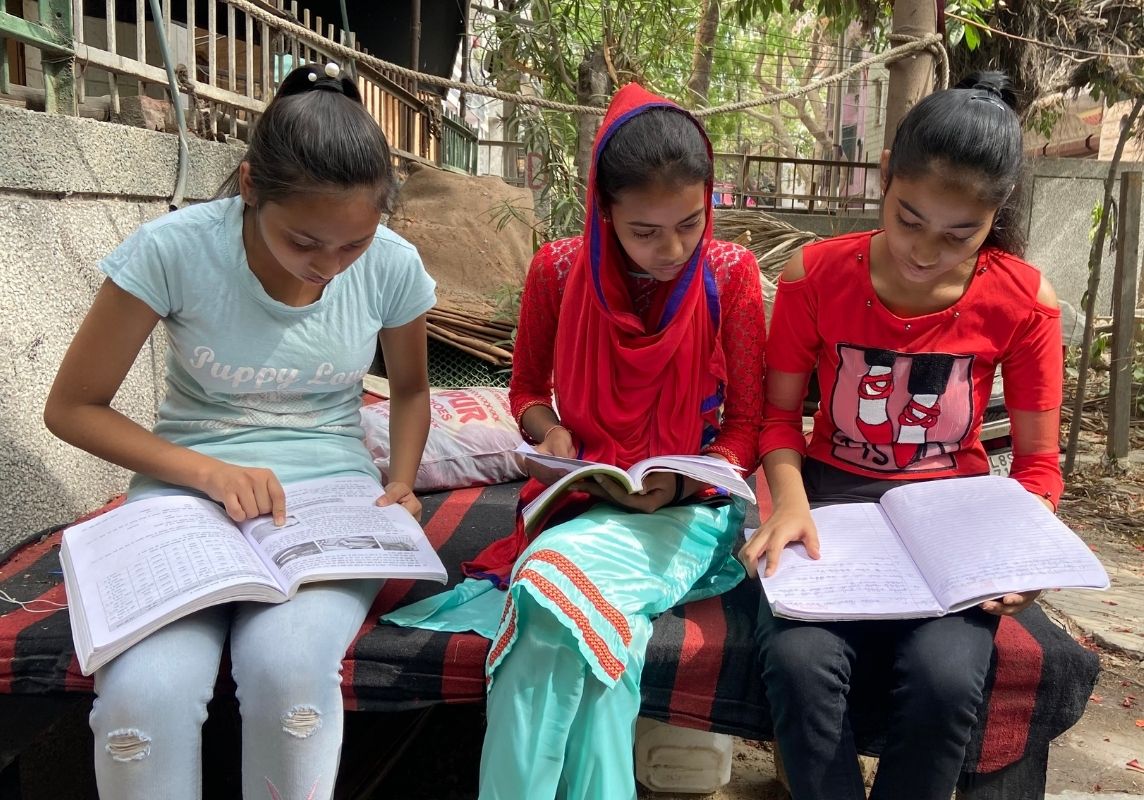 The troika of Sujata, Saima and Sonam offer a semblance of harmony among the chaos in Jahangirpuri. These friends study in the eleventh standard and have been living in the area since their birth. 17-year-old Sujata held the hand of Saima and told us, “My friend is a Muslim, but we never discriminated on the basis of religion. When she gets late for her house, she offers Namaz at my house and sometimes I eat at her home when I am late. There is no animosity between Hindus and Muslims in Jahangirpuri.”

While she was talking to us, Saima said that this violence is “sheer politics but it will not divide us.”

Sonam quoted the preamble of the Constitution from her politics book, “Our Constitution gives all citizens equal rights and teaches us not to discriminate on the basis of religion. We also urged everyone to live with peace and harmony in Jahangirpuri.”

After weeks of violence, Delhi Police organised the Tiranga Yatra at the violence-hit colony. People from both the communities participated in the Yatra and sent a message of unity in the area.

Empty Promises? Why these Labourers in Delhi Are Fighting An Uphill Battle
How women from Bihar tackled COVID 19 by building food systems