This Was Do or Die For Me: UPTET Aspirant After Exam Got Cancelled Due To Paper Leak

Shivani Gandhi, 25, left work as a teacher at a private school in Bahraich, Uttar Pradesh, in October to prepare for the upcoming Uttar Pradesh Teachers Eligibility Test (UP-TET), to be conducted in December. Shivani expressed her confidence in passing the exam and applying for the Super-TET furthermore.

The Uttar Pradesh Basic Education Board (UPBEB) conducts the Super TET, also known as the Super Teacher Eligibility Test, to hire worthy and eligible applicants for teaching positions in government schools at the basic and secondary levels. Candidates who have passed the UPTET or CTET test are eligible to apply for the Super TET 2022. 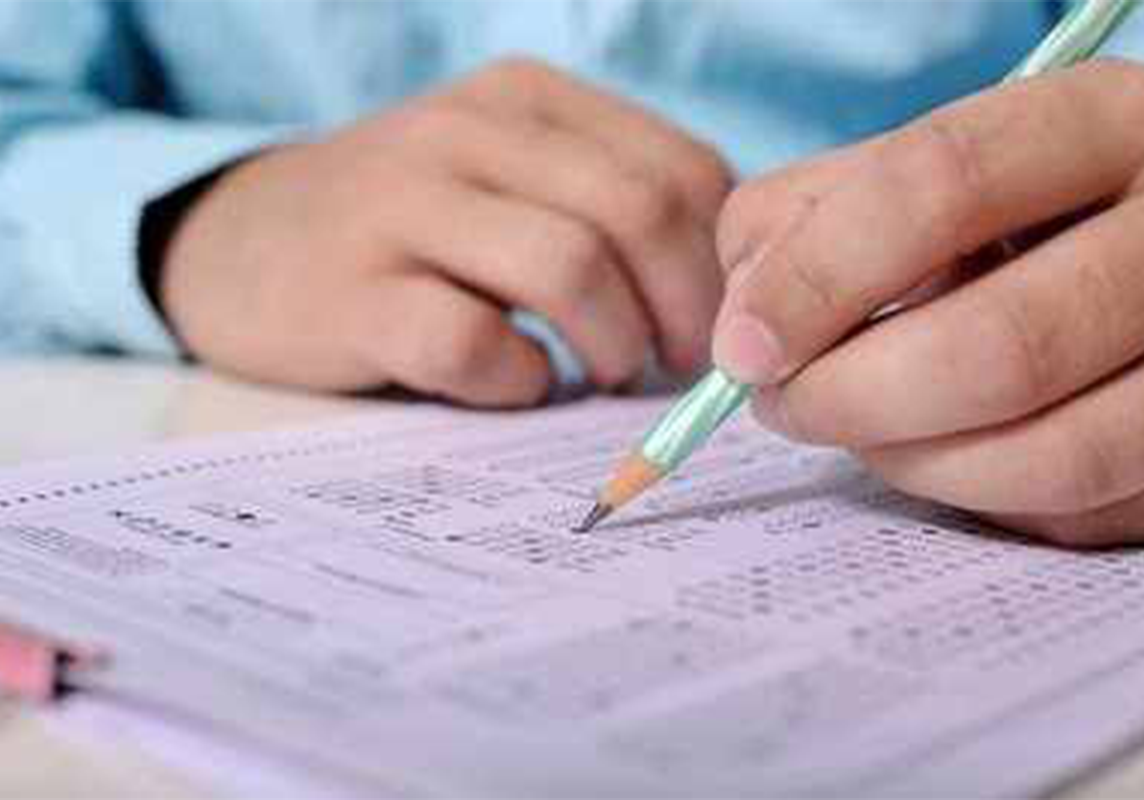 On 28th November, Shivani was concentrating on the 90th question of a 150-question paper when the invigilator informed that the paper had been cancelled due to a leak. “In the morning, I vow to lord Ganesha for better luck and my luck had been going till the announcement. After listening to it, I felt like someone had pulled the carpet out from under my feet. I am still not believing in this leak theory.” Shivani exclaimed.

Shivani said that she was earning a meagre five thousand rupees as a salary from Private school. Now, when she quit the job for the exam preparation the school is also not accepting her application in mid -session. “After the job loss, now I have to rely on private coaching classes for my earnings.” informed Shivani.

After the question paper began circulating on social media, the authorities cancelled the exam minutes before it was scheduled to begin at 1,754 locations around the state on Sunday morning. The police quickly confirmed that it was the same as the one specified by the examination authorities. The test was expected to attract more than 19 lakh participants.

Shivani was not the only one who returned home distraught from the exam hall on November 28th. Manish Yadav, 30, from Farrukhabad, Uttar Pradesh, stated, “I am thirty years old, and this exam was a do or die situation for me. I have to ask my parents for money for my coaching even at this age, which is embarrassing for me.”

At the time, I reasoned that if I could save some money, it would help my family’s financial situation. But now I’m in a Catch-22 position; my future is gloomy.” Manish said that he still has a small hope that the government will announce the new date for examination, “As you know, Uttar Pradesh is an election state, and the Election commission of India will soon adopt a model code of conduct. As a result, the government was unable to declare a new exam date, which means our exam will be postponed for years.”

24 years old Akash Giri, an aspirant disappointed after the leak expressed distress, and said “This is a clear mistake of the government. Exam papers are handed over to the exam centre’s principal by printing press, now you tell me where the loophole is? Either from the printing press or principle. We all are suffering from the government’s mistakes.” He promptly added, “Their minister is also included in corruption, Education Minister Satish Chandra Dwivedi’s brother was appointed under EWS category in University.”

State’s basic education minister Satish Chandra’s Dwivedi was embroiled in a controversy earlier this year when his brother Arun Dwivedi was appointed as an assistant professor at Siddhartha University’s psychological department under the Economically Weaker Section category. Arun Dwivedi resigned from his role citing personal reasons when the issue gained political traction.

This is not the first time that a recruitment exam question paper got leaked. Time and again we have seen this happen in all major recruitment exams. But the bigger question is that why it is always a clerk or a junior level officer who is held responsible?

In this particular case the main accused Rai Anoop Singh who is the owner of the printing press from where the question paper got leaked is also the brother of a BJP MLA.
Yuva Halla Bol had come up with a Model exam code where it was suggested that the government should develop its own software for online exams and all logistical requirements such as printing must be undertaken by the government itself and not by any private agency. This will bring down the chances of paper leaks and will set accountability of the government too.

Following the UP-TET leak, Chief Minister Yogi Adityanath tweeted to reassure aspirants that new tests would be held in a transparent way within a month.

He further stated that there will be no other examination fees charged to the candidates, and that the Uttar Pradesh State Road Transport Corporation will offer free transportation to them. In his third tweet, he stated that all of the culprits in this case will be penalised and their property will be taken under the Gangster Act. 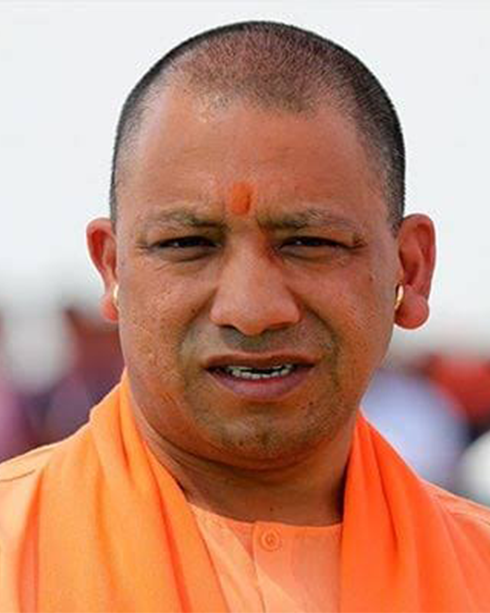 Upadhyay had handed the paper printing contract to RSM Finserv Ltd in Delhi, despite the fact that it did not match the examination requirements.

Following the contract’s acceptance, the business had the TET papers printed on four different printing presses. The task of conveying the question papers to the Treasury was assigned to the company.

Upadhyay’s arrest came after the STF detained Anup Rai Prasad, the proprietor of RSM Finserv Ltd, on Tuesday after many hours of questioning. So far, 34 people have been arrested in connection with the leak. In this case, the Uttar Pradesh Special Task Force (UPSTF) has already apprehended the kingpins of two exam solver gangs in Prayagraj, Lucknow, Kaushambi, Meerut, Gorakhpur, and Varanasi. Eleven solvers, one examinee, one primary instructor, and three kingpins of various solver gangs have been detained.

Political parties; Congress, Samajwadi Party and Bahujan Samaj Party raised the questions over the incumbent BJP government after the leak. Akhilesh brought up the situation of 20 lakh jobless people. “The cancellation of the UPTET 2021 exam paper owing to a leak is jeopardising the careers of 20 lakh unemployed people. In the BJP government, paper leaks, exam cancellations, and results are all too common. The state of Uttar Pradesh is at the pinnacle of educational corruption “, he wrote on Twitter.

“The BJP government’s identity has become tainted by recruitment fraud and paper leaks. The UPTET paper leak has wrecked the hard work of lakhs of young people today “In a Hindi tweet, Priyanka Gandhi remarked. 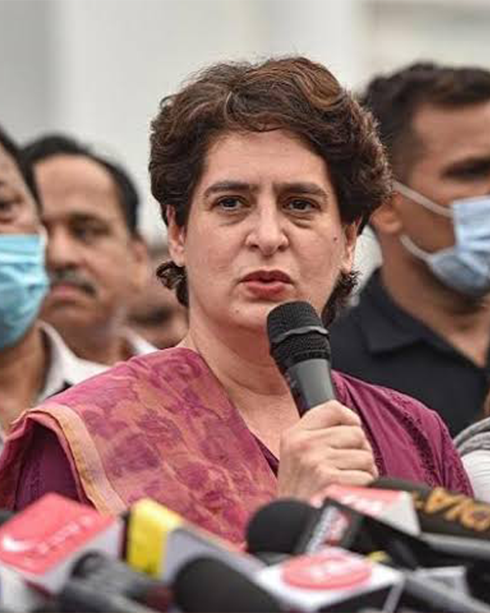 As Political Parties in Manipur Vow to Repeal AFSPA, Survivors Call it a ‘Hollow’ Poll Plank
Religious Strife Spreads to the Capital, Much Ado About Hijab