NEET PG Counselling: Why Did Thousands of Doctors Decide to Protest

After the one year of one hundred and third constitutional amendment, introduced reservation for economically weaker sections. The government is still uncertain about the criteria of the Economic Weaker Section (EWS) category as they are still unable to file the affidavit telling EWS criteria in the Supreme Court. 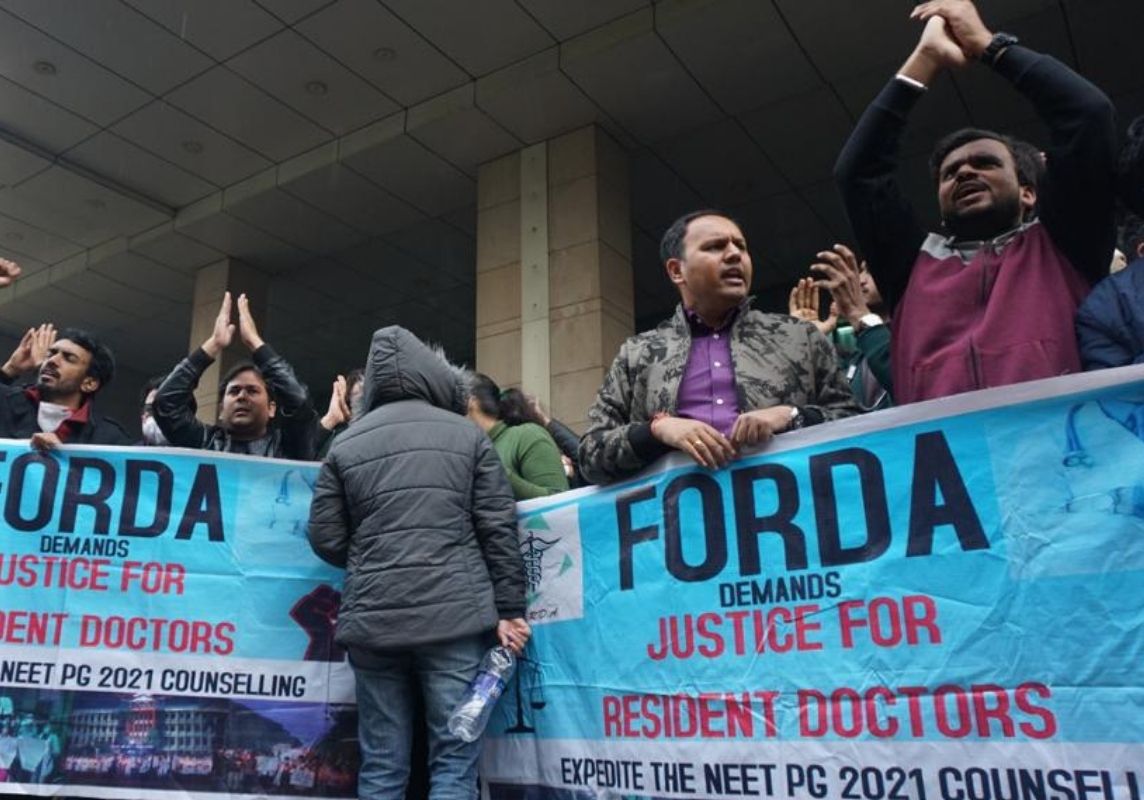 The Medical Counselling Committee’s (MCC) order of July 29 giving 27% reservation for other backward classes (OBCs) and 10% quota for economically weaker sections (EWS) in the NEET-PG examination was challenged in the top court by a group of petitioners. Currently, the EWS group is determined by a family’s annual income being less than Rs 8 lakh and a family’s lack of agricultural or residential land up to a specific level.

Earlier, when a bench led by Justice D Y Chandrachud heard the petitions, it asked the Centre to explain what process it used to arrive at Rs 8 lakh as the annual income level for identifying EWS eligible for quota in medical seats under the NEET-PG (AIQ).

What the Centre told the court in hearings

Candidates for NEET-PG, residents and patients are all in limbo 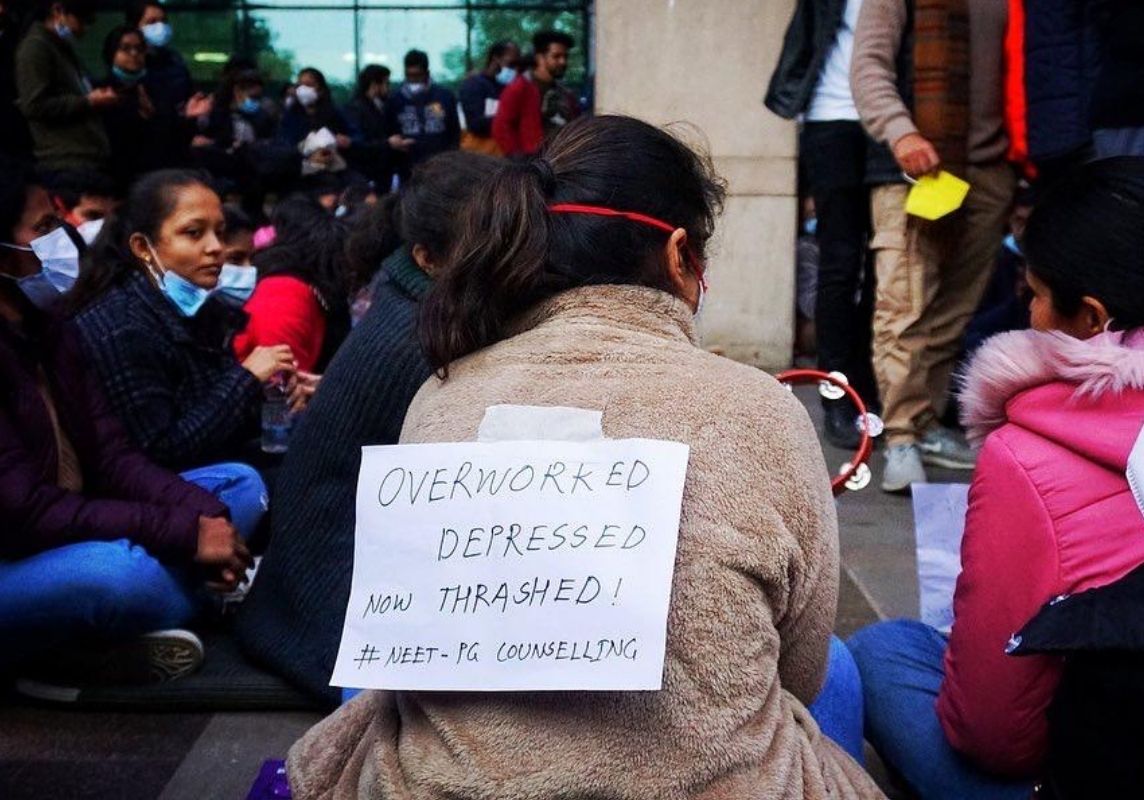 Following the announcement of the NEET PG test results 2021, the counselling process for individuals who passed the exam was scheduled to take place from October 24 to 29. Around 50,000 students throughout the country who passed the NEET exam are eagerly awaiting the court’s verdict, which would allow counselling to begin. Mojo Stories spoke with one such candidate who has been waiting for counselling for more than a year.

Doctor Manish Singla, 27, graduated from Karnataka with a bachelor’s degree in medicine and a bachelor’s degree in surgery (MBBS). He told us that after working at private hospitals for a year, he took the NEET-PG test in September, which was seven months late due to the second wave of corona. “We understand the point of postponing exams, but postponing counselling makes no sense.” We’ve already squandered a year due to covid.

I quit my private job in order to enrol in a superior medical school. Now that we are all sceptical of counselling dates, finding new private employment is also impossible because most of them have a three-month to a one-year contract.” He went on to say, “Thanks!” I live in Delhi, but what about the students from other states? They are physically, mentally, and financially strained.” Manish was also dissatisfied with the government’s decision to increase NEET-PG reservation.

“The Junior resident doctors (also known as the backbone of health care facilities) are not in the system only because of late counselling,” Vinay Kumar, National Convenor, Federation of Resident Doctors Association, told us. Our primary demand is that they join the healthcare system.

More than 50,000 junior doctors are waiting for counselling at home. If they are incorporated into the healthcare system, our workload will be automatically reduced.” “If one doctor examines three patients, his work performance would undoubtedly be impacted, and patients will believe that doctors are not performing effectively,” Vinay explained. As a result, our key demand is that the government speed up the counselling process so that a new batch of junior resident doctors can examine the patients.

He went on to say that he was not optimistic that the 6th January hearing would result in good news for us, saying, “NEET-PG entrance tests are already late, if the 6th January hearing would come in our favour, which I am not optimistic about. The counselling process will take more than six months to complete, and then it will be time for the 2022 class.”

Sweety Pandey, a doctor at Safdarjung Hospital, claims that a male police officer manhandled her, injuring her hand. “They didn’t even treat us like humans, despite the fact that we are doctors.” We sat there, for our legitimate demands. After giving tests, almost 45000 doctors are sitting at home, and a third wave is on its way to knock on our doors.

They first showered flowers on us, banged utensils f and clapped for us, and now they’re dragging us on  streets.” “We also want to treat our patients,” Sweety added, “since we’re all overworked.” My healthcare work will undoubtedly be harmed if I stay awake for 72 hours and examine people. I also urged citizens to support us.”

More than six major hospitals, including Safdarjung, Ram Manohar Lohia, Lady Harding, Loknayak, Ambedkar, Govind Ballabh Panth, Guru Tegh Bahadur, and Deen Dayal Upadhyay, have suspended outpatient services in protest of alleged police violence and late NEET-PG counselling. Patients were greatly affected by the strike. Manoj, an unconscious patient from Faridabad, was carried to Safdarjung hospital by his wife and mother, but they were forced to return untreated due to the strike. 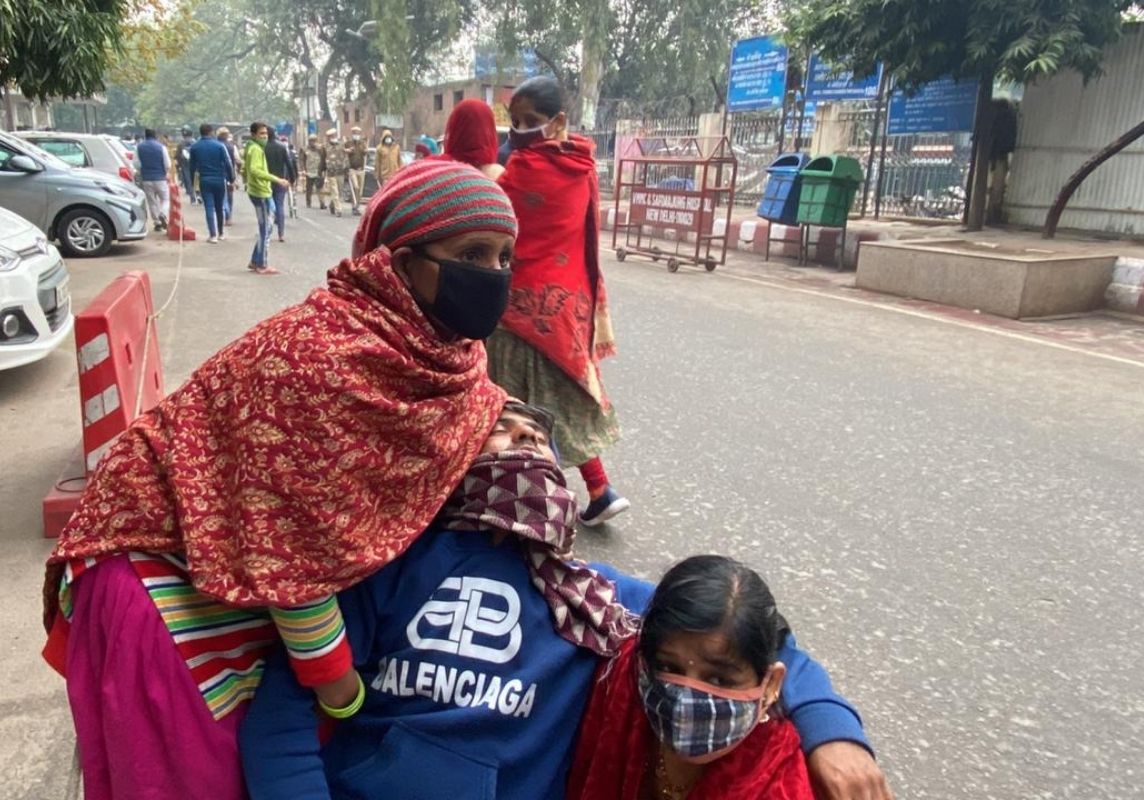 FORDA representatives met with Union Health Minister Mansukh Mandviya on the evening of December 28th. Minister informed them that they will look into the matter at the next hearing, but doctors continued their strike despite this verbal commitment.

Manish, a NEET-PG candidate, is not hopeful that the 6th January hearing will speed up the counselling process. “The upcoming SCs hearing will not change our fate,” he added. “It would be much better if they took this year’s counselling without adopting the reservation, which they already deny, or if they could transfer this matter to Fast track court.” “At the moment, the Apex court is only discussing the EWS category,” he added. The OBC reservation matter is still pending, which means our counselling will not happen anytime soon.”

The protesting resident doctors on December 31 called off their nationwide agitation over the delay in NEET-PG 2021 counselling and alleged manhandling of doctors by Delhi police. The strike was called after a meeting between the members of the Federation of Resident Doctors’ Association (FORDA) and the Joint Commissioner of Delhi Police.

Empty Promises? Why these Labourers in Delhi Are Fighting An Uphill Battle