On July 5, Divyansh Kol, an 18-year-old tribal man, was grazing his goats in the evening when Ramlal Prajapati summoned him to a Bedhaua village’s Devi temple. Divyansh was unaware of Ramlal’s intentions and went along with him without hesitation. Ramlal slashed the young man’s throat with an axe at the temple and fled. 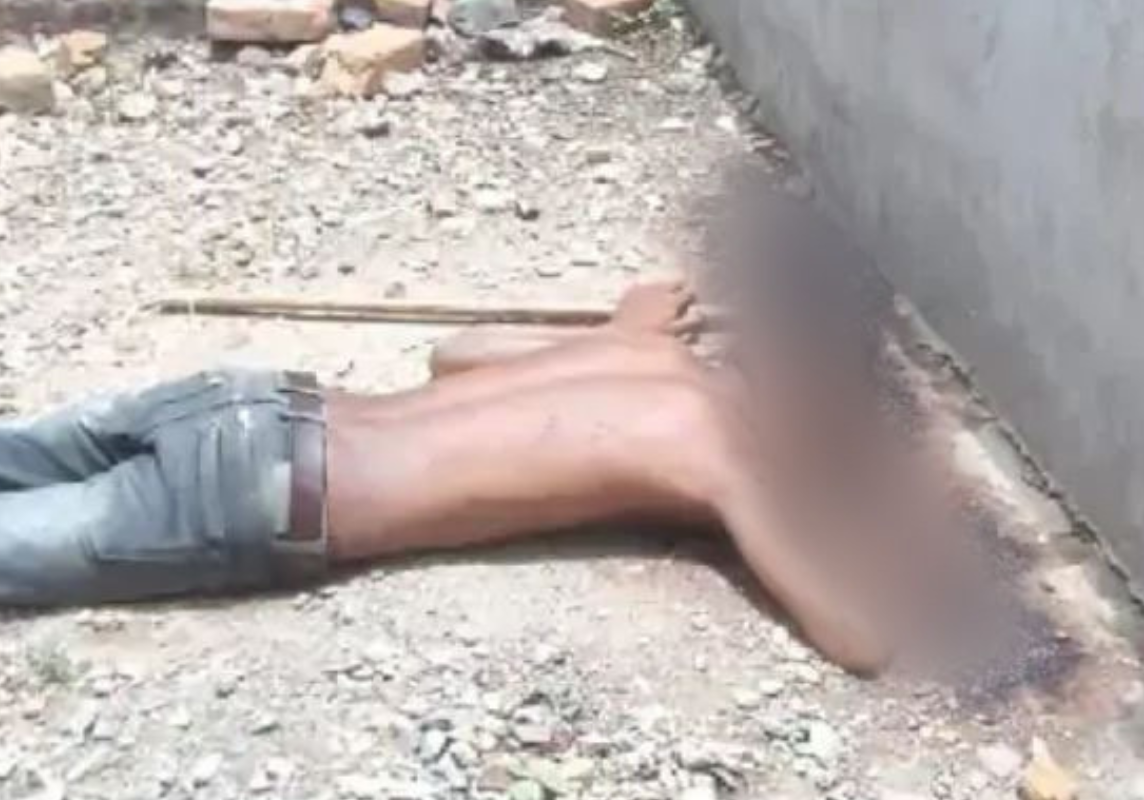 Ramlal Prajapati, 32, was a resident of the Beodhoa village of Rewa district. He had three daughters and sought a pledge from the goddess for a son. Last month his wife gave birth to a son — the vow required him to sacrifice a young man to the goddess, for whom he was looking for a boy.

“During police interrogation, he tried to mislead them. Later, he confessed, saying he had three daughters and always wanted a son,” said Naveen Tiwari,  a sub-divisional officer of police, Sirmaur, Rewa.

He further explained that Ramlal had performed many rituals for the male child, but nothing had worked, “He was told by a Jharaiya (exorcist) that he must sacrifice a young man in order to have a boy.” 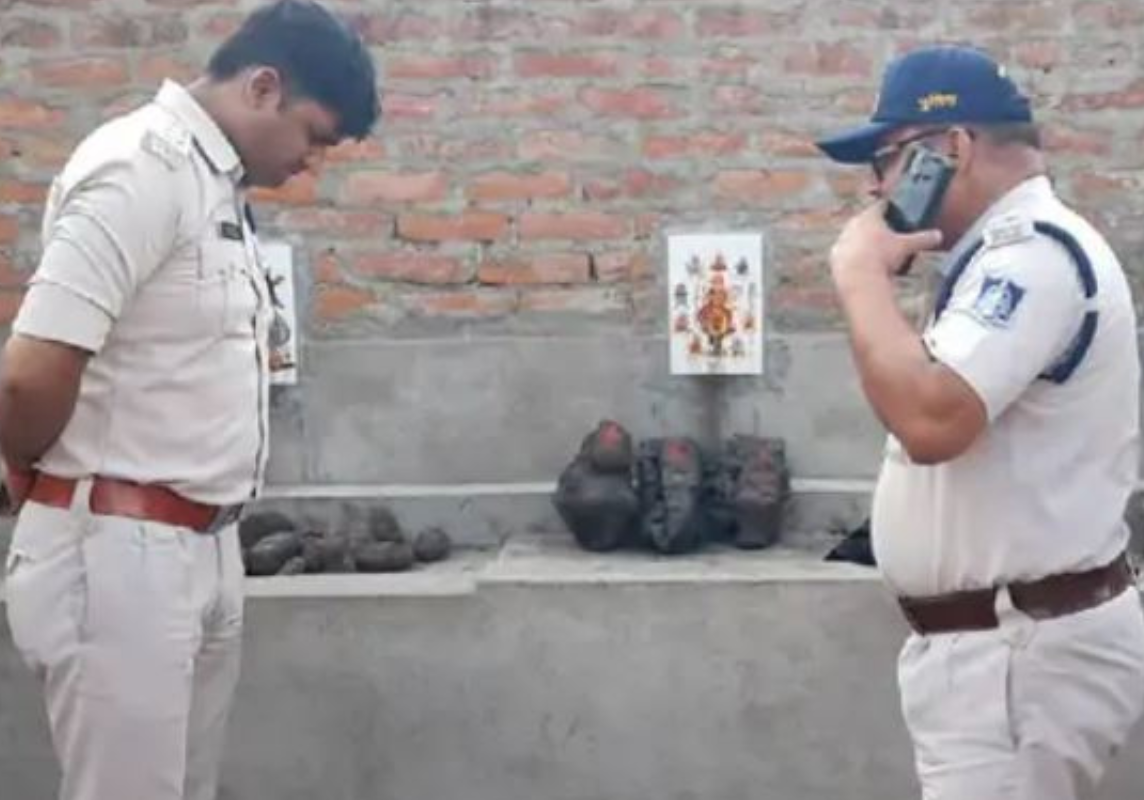 Police investigating inside the temple

Killing in suspicion of Blackmagic

On May 13, Ravendra Singh, an 18-year-old labourer, killed his 60-year-old uncle,  Lalbahadur Gaud, over suspected black magic and walked two kilometres in Sidhi district with his severed head and an axe in his hands.

Gaud was a well-known exorcist in his village and nearby area. Ravendra believed that 10 years ago his father died as a result of Tona performed by his uncle. Ravendra claimed that his uncle was using Tantra Mantra to make his family sick with various diseases, “I asked my uncle several times not to do so, but he was not ready to relent, so I killed him.” 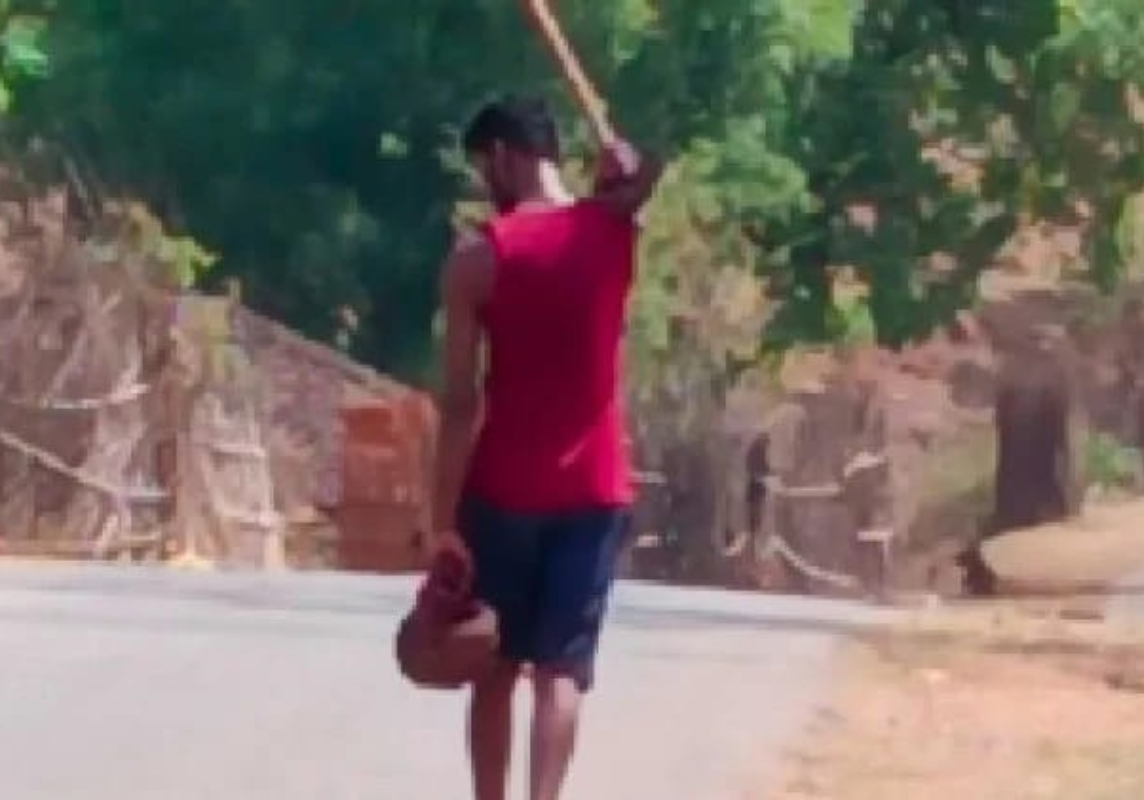 Ravendra Singh carrying his uncle's head after killing him

It is not the first time that someone has been killed in Madhya Pradesh on suspicion of witchcraft. On May 16, three members of a tribal family, including a 12-year-old girl, were allegedly murdered in the Mandla district. The woman was beheaded and hanged from a tree in a field a kilometre away from her home. The murders were reportedly motivated by witchcraft suspicions.

According to the NCRB, between 2000 and 2016, more than 2,500 people, mostly women, were killed across the country on the basis of witchcraft.

According to the Pew Research Centre survey 2020 on Indian religious practices, nearly 49 per cent of Indians believe in ghosts, angels, or benevolent spirits.

Hincha Singh is a Jharaiya (exorcist) from the Sidhi district of Madhya Pradesh. Nearly 40 to 50 people visit his Chaura every day. The number of visitors increases from 1500 to 2000 during Navratri. He claims that he can cure fever, headaches, typhoid, and other diseases, but most of his visitors come to get rid of evil spirits. He has also cured many women who became Dayan due to the possession of evil spirits.

“People come here for Tona-Danai (Blackmagic deteriorates someone’s health) treatment and get good results,” Hincha said. “I take money to purchase various items that are necessary for rituals,” he says, charging each visitor Rs 500 and a coconut. Doctors charge thousands of rupees for diseases that I cure for Rs 500.”

Sidharth Mishra, a Sidhi-based activist, said that superstition is more prevalent in rural areas due to a lack of education. He believes that the government should implement such a curriculum in schools so that people can be educated about the dangers of such superstitions.

Lalwanti Devi, a 68-year-old widow from Madhya Pradesh’s Rewa district, was boycotted by the entire village, including her relatives, after one of her neighbours accused her of witchcraft, calling her Dayan.

She said, “Log rasta badal dete hain jis taraf mai jati ho. Sabke liye mai Dayan hu. (People change their directions when they see me walking along the same road. For everyone, I am Dayan). Moreover, the villagers blame her whenever someone’s cattle die, their crops are destroyed, or someone becomes ill.

Lalwanti expressed that experiencing such behaviour from her own people is extremely traumatizing for her, “Nothing else remains for me, and I wait for my death.”

Shashank Tiwari, an advocate at the Jabalpur High Court, believes that women in rural areas are still referred to as Dayan due to a lack of strong legislation. They are harassed and have no legal recourse, “75 years have passed since Independence and 162 years since the Indian Penal Code, 1860 was enacted, there is no central legislation on anti-superstition laws.”

In 2016, the Prevention of Witch-Hunting Bill 2016 was introduced in the Lower House but failed — there were provisions in the bill that provided for punishments ranging from 3 months to life imprisonment, as well as fines ranging from Rs. 1000 to Rs. 50,000.

Empty Promises? Why these Labourers in Delhi Are Fighting An Uphill Battle
The Timeline and Narratives of Jahangirpuri