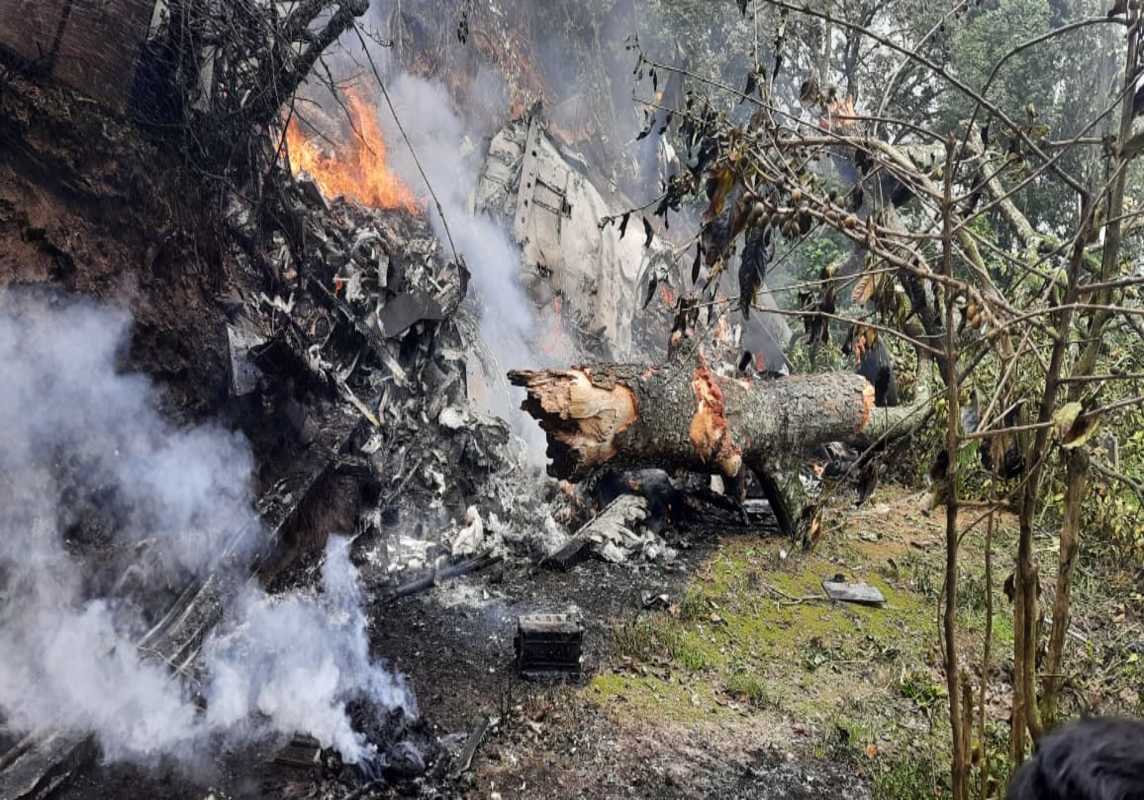 An army helicopter, carrying India’s first Chief of Defence Staff General Bipin Rawat, crashed near a training camp in Coonoor, Tamil Nadu. Initial reports stated that around 5 people had died as a result of the crash, but the Indian Air Force twitter handle confirmed that 13 people died in the crash, including Chief of Defence Staff General Bipin Rawat and his wife, Mrs. Madhulika Rawat.  The helicopter took off from Sulur, and was headed towards Wellington Army Centre. Bipin Rawat’s status is currently not known.

The only surviving passenger is Group Captain Varun Singh SC, Directing Staff at DSSC with injuries who is currently under treatment at Military Hospital, Wellington.

With deep regret, it has now been ascertained that Gen Bipin Rawat, Mrs Madhulika Rawat and 11 other persons on board have died in the unfortunate accident.

Just In | Visuals from #Coonoor in #TamilNadu's #Nilgiris district where an army #helicopter crashed on Wednesday afternoon. pic.twitter.com/OrL3XW8eAh

The Defence Minister, Rajnath Singh, tweeted that he is “deeply anguished by the sudden demise of Defence Staff Gen Bipin Rawat”, he also tweeted that, “General Rawat had served the country with exceptional courage and diligence.”

Deeply anguished by the sudden demise of Chief of Defence Staff Gen Bipin Rawat, his wife and 11 other Armed Forces personnel in an extremely unfortunate helicopter accident today in Tamil Nadu.

His untimely death is an irreparable loss to our Armed Forces and the country.

Nihangs refuse to leave the site, been asking for months
Pakistan is in a Constitutional Crisis Once Again. Here’s How It Ended Up There.