Climate change exacerbates the pre-existing gender inequality and women’s pronounced role is critical in addressing climate change at the community, national and international levels. This is how. 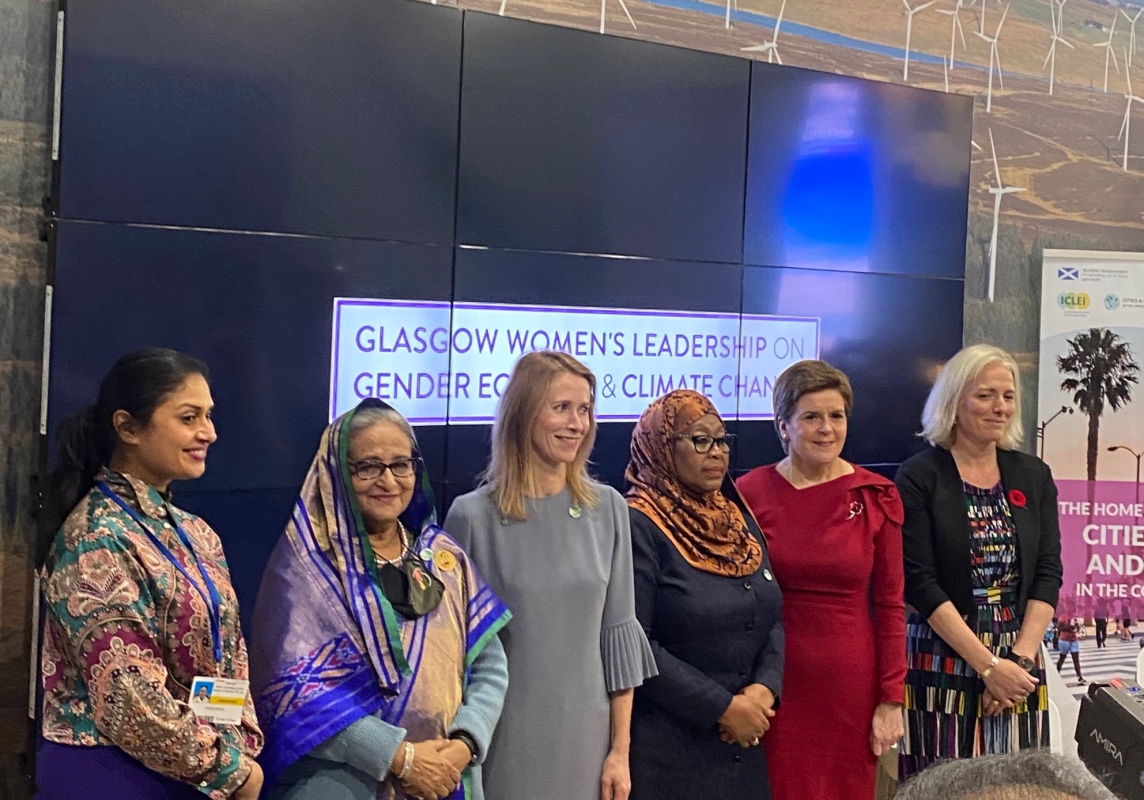 As U.K. kicked off the 26th UN Climate Change Conference of the Parties (COP26) in Glasgow, several non-profits and activist groups have expressed concern about the lack of women’s senior leadership in climate negotiations.

Women make up more than half the world’s population and although they are often disproportionately impacted by climate change and the Covid crisis, their voices are not always heard due to a lack of inclusion and representation at the decision-making level.

The Guardian had reported last year that the UK was fielding an all-male top team for Glasgow. “Although women make up about 45% of the Cop26 unit, men hold almost all of the most senior public-facing positions,” the report flagged.

This gendered division of labour at the COP26 leadership team is characteristic of wider systemic issues in climate negotiations. Therefore, it is important that the gendered character of climate change is recognized and further explored.

Women are more vulnerable to climate change than men and especially women in rural areas in developing countries, as they constitute the majority of the world’s poor and are more dependent for their livelihood on natural resources threatened by climate change.

UN figures indicate that 70% per cent of the 1.3 billion people living in conditions of poverty are women. Women predominate the world’s food production (50-80% ), but they own less than 10% of the land.

Impoverished women gather fuel, water and food, and hence, often suffer the most when shortages are caused or made worse by the climate crisis. As per the UN report on Gender Equality and Climate Change, when coupled with unequal access to resources and decision-making processes, limited mobility disproportionately affects women in rural areas.

Gendered adaption patterns to climate change must be regarded as multifaceted and reflective of gender relations in specific socioeconomic and cultural contexts. In many societies, socio-cultural norms and childcare duties hinder women from leaving, finding sanctuary in other places, or working when a calamity strikes.

Because of this situation and the scarcity of forest resources, the burden on women increases, such as travelling longer distances to collect drinking water and wood for fuel.

Women at the table

Women are often early adopters of many innovative agricultural practices, first responders in emergencies, green energy entrepreneurs and domestic decision-makers, which positions them well to contribute to livelihood strategies that are adaptable to changing environmental realities.

According to a report by the Women in Climate Finance Action Group, chaired by Aviva Plc Chief Executive Officer Amanda Blanc, “Women make up just 19% of the International Monetary Fund and World Bank boards.” Her group found that women are “seriously underrepresented in climate policy, climate decision-making and climate finance.”

Despite these systemic challenges, positive steps are being taken towards gender equality at COP26. The Scottish Government and UN Women jointly sponsored a statement at COP26 advocating for the advancement of the role of women and girls in addressing climate change.

It remains to be seen whether these efforts can compensate for the absence of female leadership in driving gender-equitable climate change progress.

“Give Me a Few More Viral Tweets Before You Marry Me,” a Startup Founder Tries to Hire a Matrimonial Match
“Indian Army Recruitment is Not Based on Caste but on Region,” Senior Lt General on Ahir Protests