Amid the rising cases of Coronavirus in the country, the Election Commission of India announced the election dates for five states: Uttar Pradesh, Uttarakhand, Punjab, Goa and Manipur. The election will be held in seven stages, the first of which will begin on February 10th and March 10th is the counting date. The largest of these five states, Uttar Pradesh, will vote in seven phases. 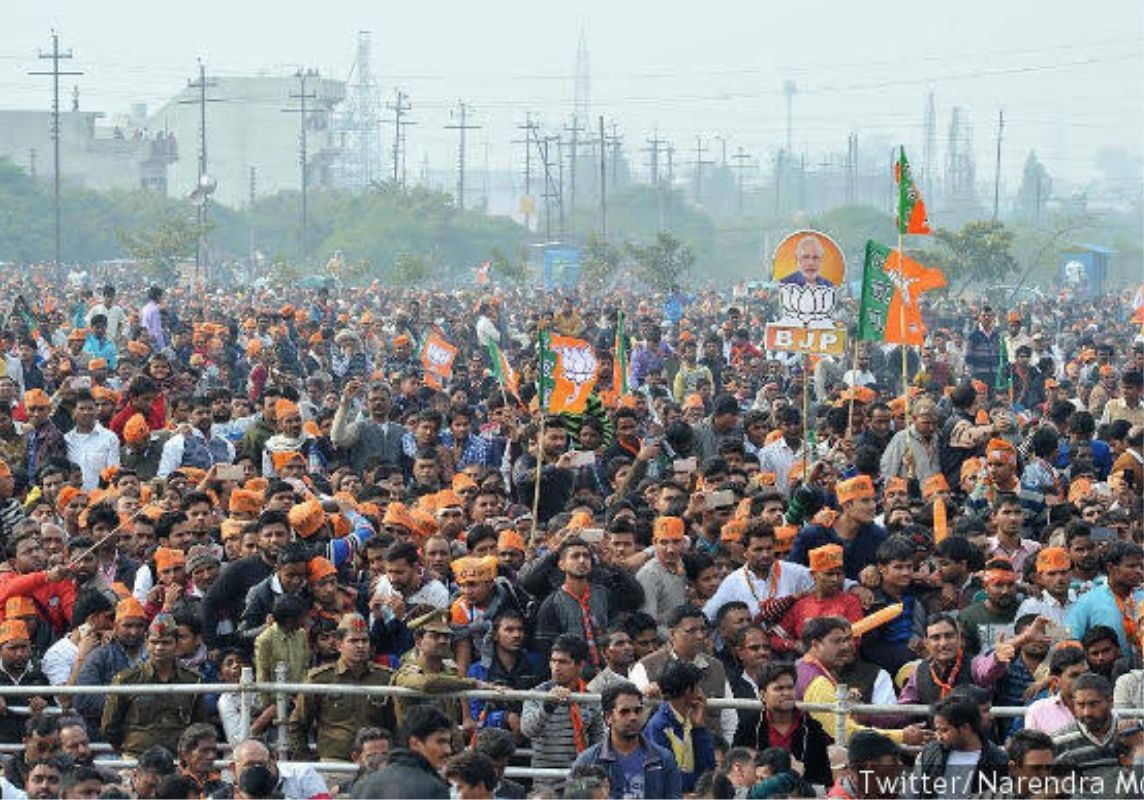 In response to the Covid-19 scenario, Chief Election Commissioner Sushil Chandra stated that no roadshows, padyatras, or physical rallies will be permitted in the five states till January 15. Physical rallies, if permitted, will adhere to DDMA guidelines, according to CEC Chandra. He said that masks would have to be provided by the parties, adding that door-to-door campaigning will be restricted to no more than five individuals, including the candidate.

“All election personnel must be vaccinated twice. As a precaution, all eligible election officers would be given a booster dose,” he said. Moreover, all candidates will be required to sign a statement on the Suvidha app stating that they will follow the Covid rules. CEC Chandra warned that he will not hesitate to suspend rallies if there are infractions.

He clarified his decision to hold elections in five states amid a sweeping third wave of Covid fueled by the Omicron version, saying that holding elections on time is “essential” for upholding democratic governance.

On candidates facing criminal charges, he stated “During the campaign, mandatory newspaper and television advertising was required on three occasions. Political parties must explain why a ticket was awarded to a candidate with a criminal record.”

According to CEC Chandra, there would be over one lakh polling locations throughout the five states. As per him, webcasting will be available at 60% of polling sites. He further stated that expenditures would be monitored. The spending in Goa and Manipur will rise to Rs 28 lakhs. A total of Rs 40 lakhs would be spent across Uttar Pradesh, Uttarakhand, and Punjab.

The five states have a total of 18.43 crore voters, with 8.55 crore of them being women, as per CEC Chandra. For the first time, 24.9 lakh people are voting, with 11.4 lakh of them being women. Since last year, the number of polling locations has increased by 16%.

Following the announcement, Uttar Pradesh Chief Minister Yogi Adityanath praised the election schedule, calling it a “beautiful festival of democracy.” While oozing confidence in his party’s ability to win the upcoming elections, the incumbent Chief Minister boasted that the BJP would win a landslide victory with the people’s support.

Punjab Chief Minister Charanjit Singh Channi welcomed the election schedule, thanking both the Congress and the people of the state for electing him as their leader. He also stated that the state will follow all of the EC’s guidelines.

Arvind Kejriwal, the Delhi Chief Minister,  announced on Saturday that his party is ready to run in state assembly elections across the country, particularly in Uttar Pradesh and Punjab. “The dates for the elections have been made public. The Aam Aadmi Party has arrived,” Kejriwal tweeted in Hindi.

Prashant Kishor Explains Why He Refused to Join Congress
“Modi Has Been Unfair to Dalits and SCs,” says Rajbhar to Mojo Story