The recent wave of hijab bans in colleges in tandem with students protesting while wearing saffron shawls in Karnataka has sparked significant debate. The dispute surrounding hijabs flared up at a pre-university government PU college in Udupi which has now allowed girls with hijab but segregated them by asking them to go to a separate room. The hashtag ‘Hijab is our Right’ is trending on Twitter with a section of social media condemning the harassment that the students are undergoing. 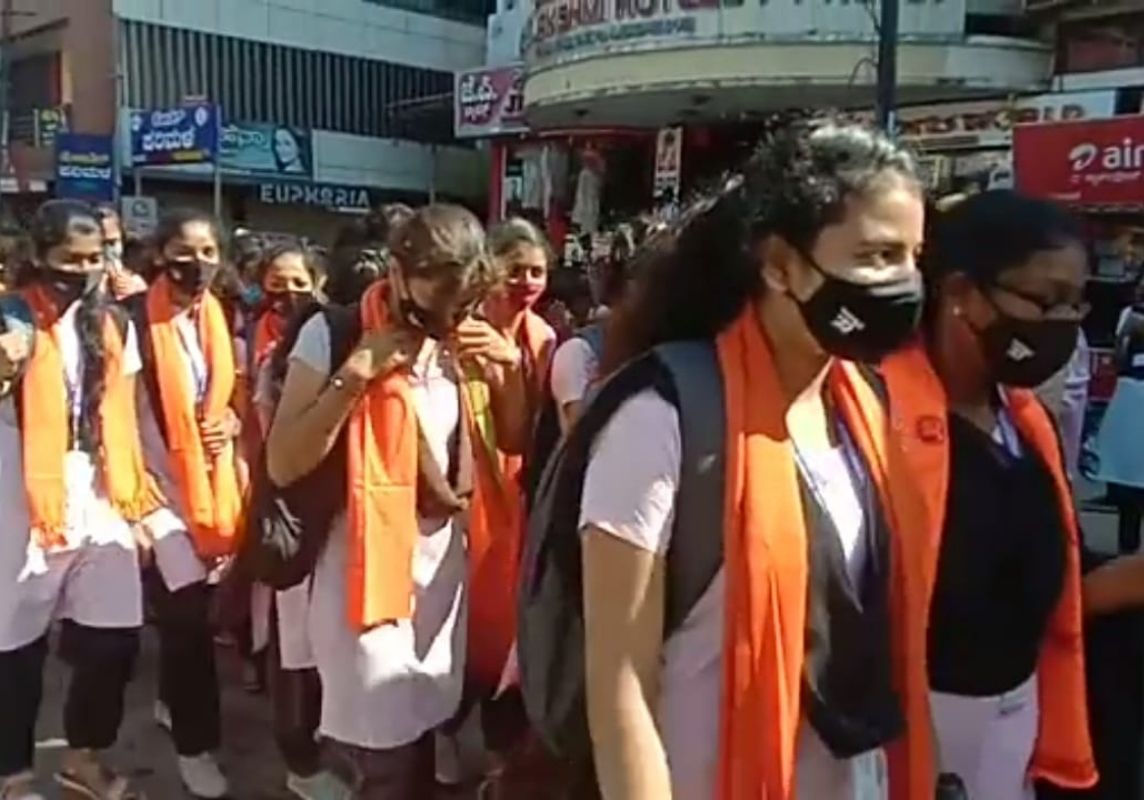 The state government passed an order banning clothes that disrupts unity and public order amid the ongoing controversy. The Karnataka government’s education department has stated that all schools under it must adhere to the uniform as specified by the given standards, whilst students at private institutions must comply with the school dress as determined by the school’s management. Clothes that are disruptive to equality, integrity and public order shall be prohibited. Further, Karnataka Chief Minister backs new rules, saying, “maintain peace till High Court order.”

The problem draws attention to the predicament of the girls who are struggling for their fundamental right to follow their religion. Mariyam Saigal, a student, spoke to Mojo Story and said that covering the head was not disturbing her uniform. “I have studied all over India and I have worn hijab everywhere. I don’t understand why it is suddenly a problem. There should be religious literacy in schools and colleges rather than just depriving the children of their personality,” she asserts.

Majiziya Bhanu, a Kerala-based powerlifter, stated that she has always worn a hijab as part of her uniform. “I received negative feedback for wearing a hijab while participating in sports. Many championships turned me down simply because I wore a hijab. But I have a vision and a belief in myself. It is entirely up to me whether or not I want to wear it.”

The issue has spread to other colleges across Karnataka. Last week, protests were organized at three colleges in Udupi, Hassan, and Chikkamagaluru. Students wearing saffron shawls protested at Hassan Government Science College, demanding authorities to refuse permission to those wearing hijab from attending classes. In Chikkamagaluru, students from Indavara Dodda Siddalinge Gowda Government First-grade College did the same.

Meanwhile, students in saffron scarves from Venkataramana College in Kundapur, Udupi district, were restricted at playgrounds. The Principal of the College has stated that students wearing saffron shawls and hijab will not be permitted on campus.

Atir Ur Rahman, the Islamic scholar, said that this is the poisoning of the mind. “After 70 years of Independence, do we truly cherish the fact that, in the name of liberty, we are addressing a claim of liberty that is inconsistent with the constitution? Are we going to give these students, these school children, the right to express themselves?” he questioned.  He further stated that we are just becoming embroiled in a controversy sparked by political party insecurities and it will not result in a good or harmonious society.

It is, however, more than a battle of choices; it is a denial of the aeons of struggle that women have endured to obtain an education. According to author Ambreen Zaidi, literacy rates among Muslim women are very low. Women are oppressed from all sides and are conditioned by patriarchal culture. “The sole priority in this issue is that they get an education.”

Virat Kohli stands up for Md. Shami, blasts abusive trolls
“You Cannot Have Your Legs on Two Boats” : Tehseen Poonawalla to Mojo Story on Prashant Kishor