Amid Ramzan, Indian Army Been Dragged Into Iftar Controversy

Amid Ramzan, the Indian Army was embroiled in a controversy after deleting a tweet about communal harmony at an Iftar party in Jammu and Kashmir’s Doda district. 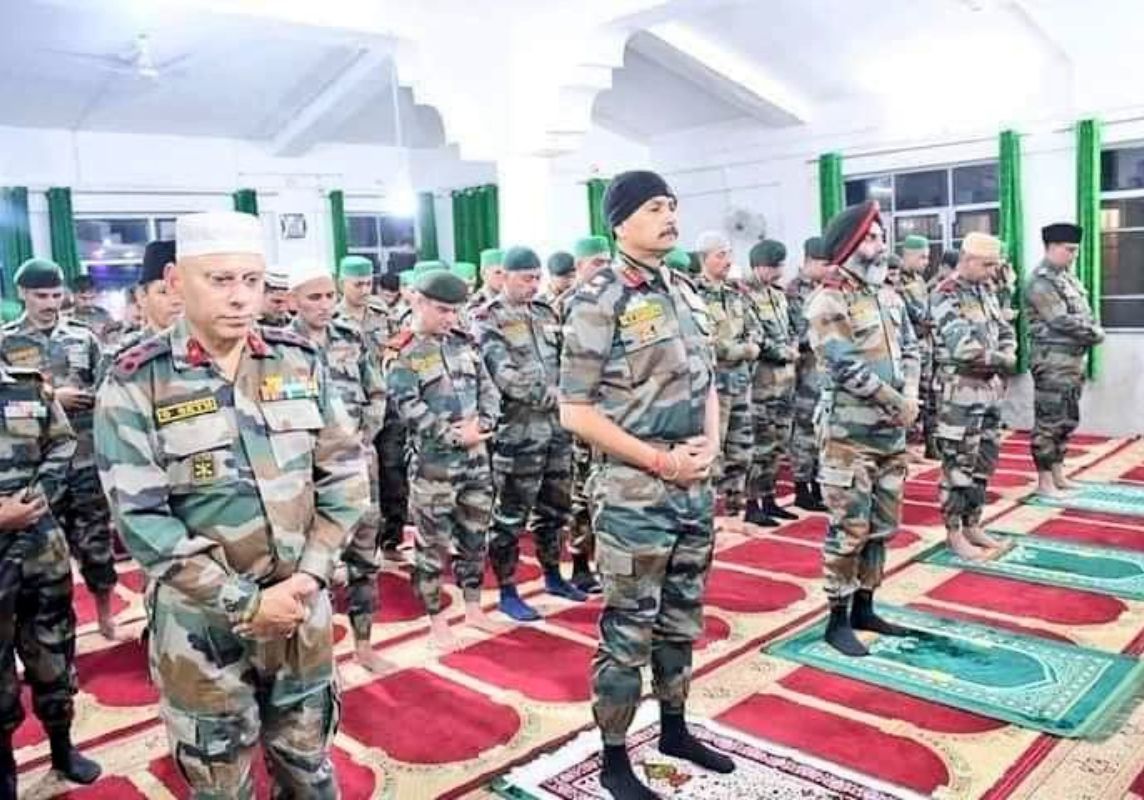 After widespread trolling and criticism from Sudarshan News Editor-in-Chief Suresh Chavhanke, the tweet was removed from the official Twitter handle of the defence ministry in Jammu and Kashmir which further raises concerns about the blatant capitulation in military and veteran circles.

The deleted tweet included images of Army officials and residents breaking the Ramzan fast and interacting with one another, with the caption, “Keeping alive the traditions of secularism, an Iftar was organised by the Indian Army at Arnora in Doda district.”

Following the removal of the tweet, we have seen reactions from many veterans and serving officers attempting to defuse the controversy while also standing up for the Indian Army’s values and traditions.

“The Indian Army has been at the forefront of interfaith harmony. We as officers take pride in the fact that we have NO religion; we just adopt the religion of the troops we command (sic),” Maj Gen (retd) Yash Mor tweeted.

Lt Gen D S Hooda, the former Northern Army Commander, said to Mojo Story that the deletion of the tweet was wrong as those images of our military’s secular, pluralistic traditions sent a very strong message, “It shouldn’t have been done because it appears that the army has succumbed to some kind of pressure.”

Concerning the ethos and culture of the Indian army, he stated that every person in uniform has sworn an oath to defend the constitution, which includes provisions for secularism, equality, and fraternity, among other things, “The values, qualities and culture are indispensable for military functioning, and if we don’t have these, we cease to function as an organisation. Anyone who questions these values is making a huge mistake.”

He believes that the increasing divisiveness exacerbates polarization in society, and we cannot turn a blind eye to it, “To ensure that the Indian Army’s values are not questioned, we must double down on our values, reinforce our value system, and not allow anyone to question or dilute it.”