It’s the Mumbai Indians of the Future, Not the Past

There is nothing quite as volatile as T20. Cricket was called a game of ‘glorious uncertainties’ even when it had only one format. When compressed into 20 overs, the glory and the uncertainty both rise exponentially. 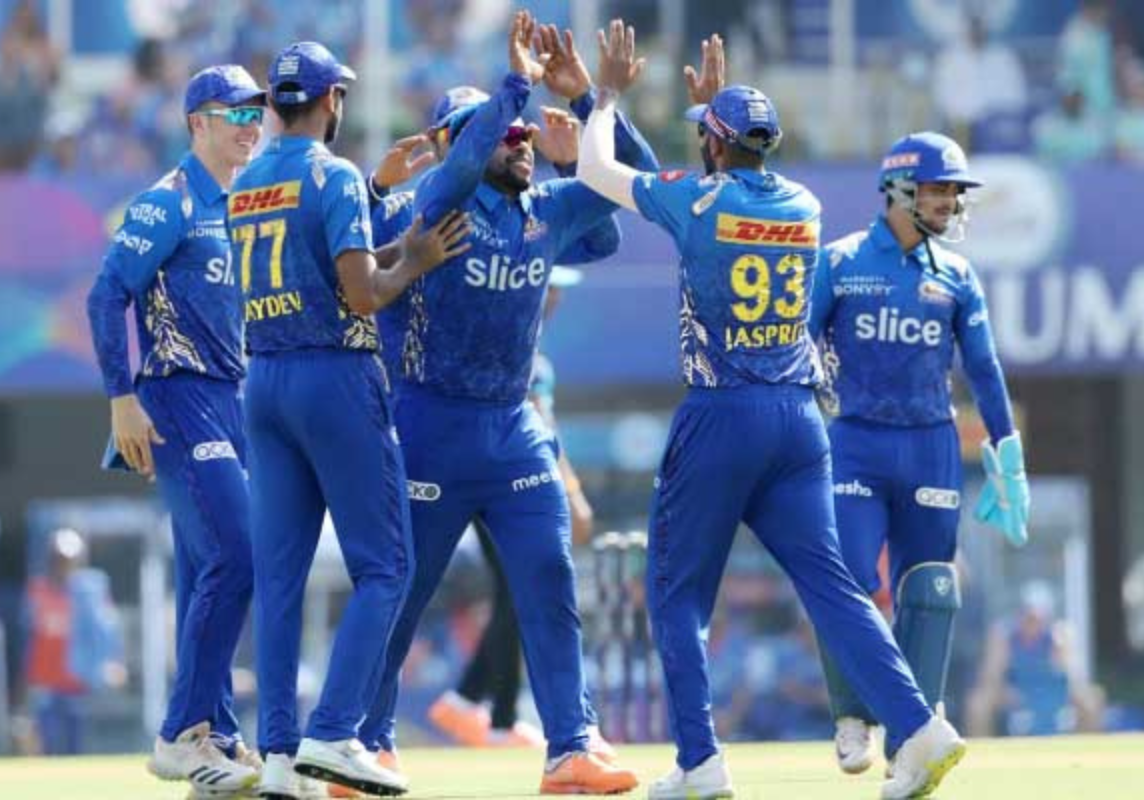 This is magnified in franchise tournaments, but especially in the IPL. The open auction and budget caps put on each team have meant that the IPL is a level playing field. Every franchise has more or less the same opportunities. Throw in the fact that almost every top player in the world makes himself available for the IPL, and what do you get? A league where every single franchise has players who are capable of turning games on their own. Sure, some teams may be constructed better than others, but every single team is capable of beating the other. The IPL may be the only cricketing competition in the world where that is not a cliché.

Which is a rather long-winded way of saying: that’s why what’s happened to Mumbai Indians this year isn’t indicative of the competition’s most successful franchise suddenly being derailed.

Mumbai Indians won five IPL titles between 2013 and 2020 and built moreover a T20 outfit so potent, that they had managed to create distance between themselves and the others in an otherwise equal league. Creating that sort of team meant tapping talent early, recognising potential before others could, and picking up players in the auction that others hadn’t spotted for the superstars they would become.

The list is long: Jasprit Bumrah, Hardik Pandya, Krunal Pandya, Rahul Chahar…even Ishan Kishan and Suryakumar Yadav were first picked up by Mumbai long before they were anywhere close to an Indian team spot.

The downside of building a team by identifying talent and then giving them the space to flourish comes via two words: mega auction. With IPL 2022 expanding to ten teams, resources were already going to be spread thinner. With Mumbai’s previous buys all having acquired giant reputations because of their deeds on field, there was no way they could retain or buy back the whole lot.

That meant a return to square one of sorts, where they used the IPL 2022 mega auctions to build for the future again. They’ve already got a few rough diamonds, and even some pretty polished gems, in their squad. Tilak Varma has shown the maturity of a 29-year-old when he’s 19, Dewald Brevis has made people sit up and realise that the monicker ‘Baby AB’ might not just be hype. And in Hrithik Shokeen and Kumar Kartikeya, Mumbai have unearthed two domestic spinners that nobody else seemed to have noticed before.

Throw in Tim David, the perfect replacement for whenever Kieron Pollard is done, and the magnificent talents of Jofra Archer, injured this year but available the next, and Mumbai suddenly look a lot stronger for IPL 2023.

But the real kicker lies in how this season has gone, despite a lot of their stars leaving and the next generation being raw. Mumbai lost their first eight matches, yes. But nearly each game was decided by the thinnest of margins.

In their opening game against Delhi Capitals, a wholly seventh-wicket partnership took Delhi over the line. One more wicket, and the remaining Delhi men had no great batting potential. Against Rajasthan Royals next, they were on track for large parts of a steep chase, but the middle order – missing an injured Suryakumar – collapsed. Then Pat Cummins played a freak innings to decide a tight game against Kolkata Knight Riders, hitting 56* off 15 balls.

In three other times he batted in the IPL, Cummins has made 7 runs so far. Run outs derailed what could have been a winning total and a winning chase against Royal Challengers Bangalore and Punjab Kings. And then they ran into the Iceman himself, with MS Dhoni stealing a win that Mumbai had all but wrapped up against Chennai Super Kings.

This sort of run of close defeats can – and does – happen in a T20 league. It’s just that it hadn’t happened to Mumbai earlier.

“The Light Has Gone Out Of Our Lives” : Nehru’s Iconic Speech On Gandhi’s Assassination
“Russia is Blocking the Humanitarian Corridors,” says Ukraine Ministry of Foreign Affairs