Students And SC Advocate Both Excommunicated By Right-Wing Extremists

Supreme Court advocate Devadatt Kamath, who argued for the Hijab-wearing students of Udupi college, is now being targeted by fundamentalist forces in his own community. The Peetadhipathi of Kashi Mutt was asked to excommunicate Devadatt Kamath from the Goud Saraswat Brahmin (GSB) community through posts circulating on WhatsApp.

The leaders of the GSB community remained tight-lipped about this development. The National President of the Federation of Indian Rationalist Association (FIRA), Professor Narendra Nayak, who is also a Goud Saraswat Brahmin, has issued an open challenge to the community heads to “try and excommunicate” advocate Devadatt Kamath.

Professor Nayak told Mojo Story, “How can the leaders of the GSB community get down to such lowly thinking. There are many leaders from the GSB community who have made the nation proud by their service to humankind.

It is to be condemned that this community whose members have represented a variety of views including people like D. D. Kosambi, who wrote the first new interpretation of history, B. Premanand, the doyen of the rationalist movement, and many such holding views contrary to those of the religious beliefs are trying to threaten a senior lawyer of the Supreme court for performing his duties,” an enraged Prof. Nayak argued.

“I am an atheist and hold strong views against the religious affiliations and the Swamijis including that of the GSB community,” he explains. The said persons who made the threat have remained unnamed. 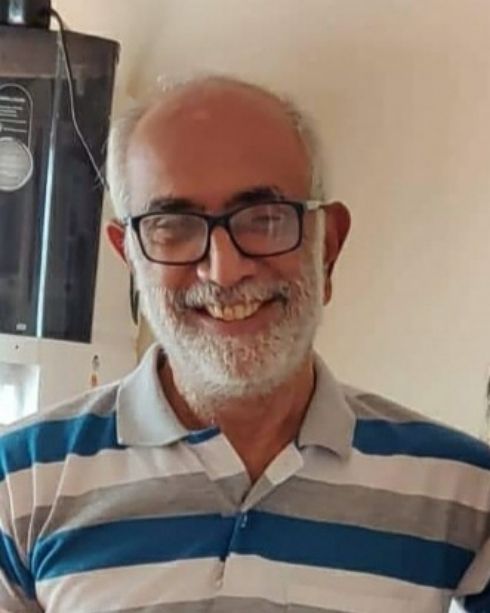 “I, as a rationalist, have condemned many religious practices that the GSB mutts take up. The FIRA will take a strong stand against this religious jingoism. The samaj is not the ancestral property of any individual or group of individuals holding their political views of a particular party or organization. I am herein openly supporting Sri Devadutt Kamath and his right to represent any views political, religious or social. The GSB community is not the property of any individual groups, mutts or any political parties,” added Professor Nayak.

A senior member of the Mutt committee dismissed the messages sent to the Swamiji of the Kashi mutt as an act of social media trolling. In fact, the GSB community has no relations with him, neither in Goa nor in Karnataka. “Never heard of him,” the elder said.

The appeal made to the Swamiji, in Kannada, asks him to, “excommunicate Kamath as he has brought disrespect to not just the GSB community, but also to the entire Hindu population by taking the side of Muslims and fighting in the favor of Hijab in schools at the high court level. He was not fit to be in the community”

Devadatt Kamath belongs to a family of highly revered legal luminaries and is a devout follower of Ramakrishna-Vivekananda philosophy. In deep appreciation of his work, especially in the hijab issue, the Ramakrishna Mutt of Karwar has praised him for the stand he has taken – particularly the sense of duty he has displayed in the dispensation of his professional work.

This follows another incident of Muslim girls being asked to leave schools – this time in Nelyahudkuru in the Kodagu district where a group of 23 Muslim students today walked out of the Government Public school after the school management asked the students to remove their hijabs (headscarves).

The Nelyahudkuru village is a Muslim majority village. The government school there has a total of 45 Muslim students, out of which 32 of them were wearing hijabs. When the teachers asked the students to remove their headscarves, the students refused to remove them. They were then asked to leave the classroom.

Just a day earlier, the school management committee held a meeting with the Muslim families trying to convince them about the implications of the High Court interim order. However, the parents insisted that their children must be allowed to wear hijabs inside the classroom. Some of the parents left in anger after a loud argument with the teachers.

Senior Journalist on Bhagwant Mann, says “It’s Not As If He is Up Against Nehru, On the Other Side is Sidhu, A Clown”
“Want India to Stand by the People of Sri Lanka,” says Dr Harini Amarasuriya