Fuming deeply at both national parties, the Congress and the BJP, for not making the right moves to harness and exploit the deep-rooted anti-incumbency against the ruling Telangana Rashtra Samithi, and partly making a political issue out of their own personal sense of being under-valued, over 35 key leaders, across the three parties in Telangana, are in talks to create a new regional party, with the singular agenda of dethroning Chief Minister K. Chandrashekar Rao. 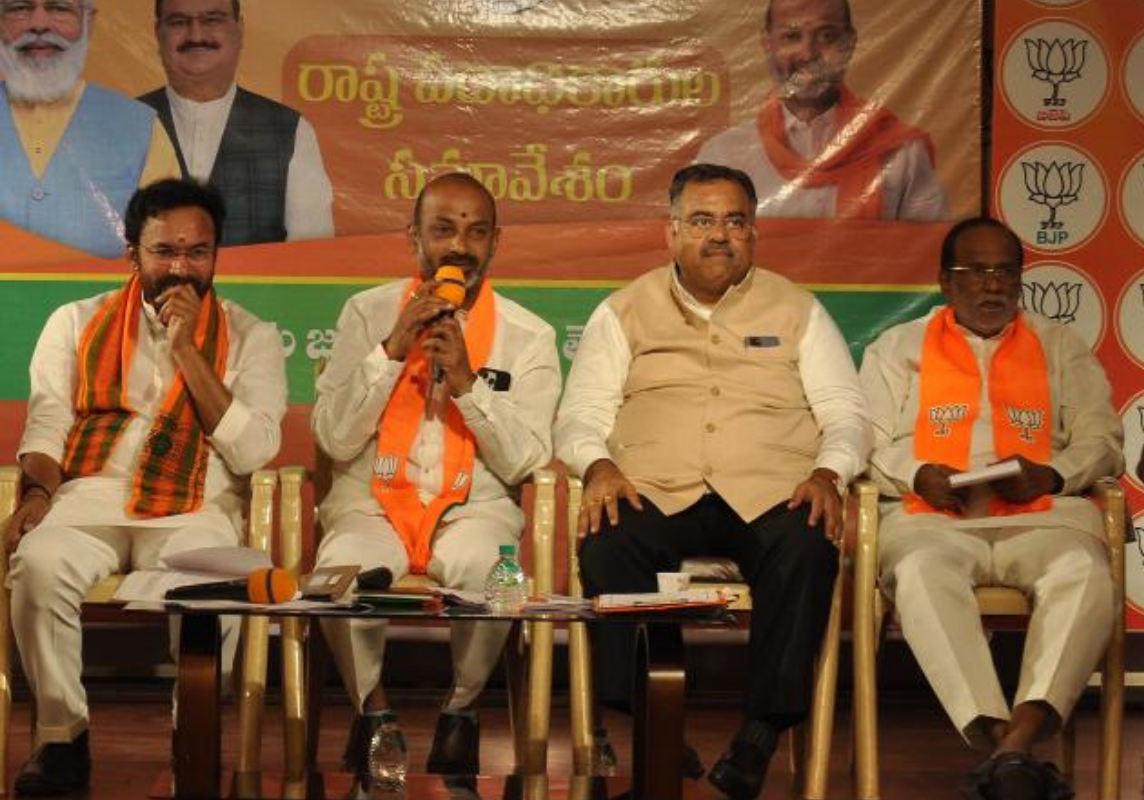 “There is undeniable anger against the KCR-led government on the ground. People want an alternative which will never compromise or ally with the TRS after the elections. The mood of the people is not like normal anger against a two-term government but of wounded people, who felt betrayed that after fighting for a separate state, their aspirations did not come true. Sadly, the two national parties don’t seem to understand the local aspirations of Telangana. An alternative is needed and I will strive to bring together all such pro-Telangana forces to oust KCR from power,” said Komatireddy Rajgopal Reddy.

Mr Rajgopal Reddy, a Congress MLA from Munugode constituency, who has earlier served as a Lok Sabha member and an MLC, said, “I am in talks with over 35 leaders, most of whom can easily win as an MLA from their own constituency and influence an outcome elsewhere. We will give Chief Minister Chandrashekar Rao a sensational political gift in three months.”

Confirming that work was on to create such a political outfit, former TRS Parliamentarian from Chevella, Konda Vishweshwar Reddy said, “both the national parties lack the rootedness to the ground and agile decision making it will require, besides total understanding of the ground situation to defeat KCR. They don’t realise the quantum of challenge that lies in the mission to defeat the TRS. There will always be doubts that for larger goals at the national level, they could tie-up with TRS post-elections. A regional party is needed, which will address all such issues.”

Several names of leaders in not only the Congress and the BJP, but also in the TRS, are being circulated as being interested or already part of the conversations. Several other leaders are cautiously watching, and will make a move later, sources in the initiative revealed.

Senior leaders who can influence the people, including MRPS leader Manda Krishna Madiga and Prof Kondandaram, will be reached out shortly to support the idea of creating a platform to unite all anti-KCR forces, source explained.

“We are aware that besides the four major parties – TRS, Congress, BJP and MIM, there are already several other marginal players, including the Telangana TDP, Y. S. Sharmila Reddy, R. S. Praveen Kumar and now even K. A. Paul who will be in the electoral fray. Too many players can also end up giving the TRS an eventual edge by splitting the anti-government vote. We will ensure it does not happen,” he said.

Calling it the ‘Tandur paradox’, a data consultant working with the initiative, explained, “in a voter survey on satisfaction with the KCR government, we noticed over 70 per cent expressed dissatisfaction. They also said they felt the BJP was best placed to defeat the TRS but most of them said they would vote for Congress. This kind of confusion will end up leading to a third term win for the TRS.”

“It is not a negative agenda part we have in mind,” said Mr Rajgopal Reddy. “Yes, we are against the TRS and wish to give people, who are deeply dissatisfied with the government, a viable alternative but the larger mission is to fulfil the dreams and aspirations of the Telangana statehood movement.”

Calling such a mission foolish, BJP leader Gudur Narayana Reddy said, “a party needs cadre. Such an experiment will fail. The real alternative is already there, the BJP. All people keen to fight with the TRS will eventually rally behind our party.”

Congress leader Sravan Dasoju concurred about the futility of a new party, but with an opposite slant. “The people have already made up their minds to rally behind the Congress. After the success of the Warangal meet of Rahul Gandhi, Telangana is eagerly awaiting for a government that will implement the Warangal declaration.”

A senior leader, who confirmed the seriousness of the efforts going on, said, “any new party needs leaders, after which the cadre and momentum will follow. The key issue is the aspiration of the people, who are looking for a change. If BJP and Congress are not able to convince people of their ability to deliver, people will look for alternatives. The new party will take shape soon.”

“The real momentum will come in the final phase, once parties start giving tickets. And the new force will contest in all the seats,” he said.

The consultant also explained the alliance principle at work, saying, “today, people know that if TRS does not win a majority, it can still form an alliance with the Congress, MIM or the BJP depending on numbers. These parties have no option but to go for TRS in case of a hung assembly. A new party can give both national parties an additional post-poll option.”

Several leaders from all the three parties refused to speak or be formally quoted but added that their party was aware of the developments and keeping a close watch.

“It is a start-up state and Telangana is currently having a mushrooming of political start-ups. But after the next elections, the only party that will be there will be the TRS,” said a leader of ruling pink party.