Political Turmoil In Jharkhand: Is The State Going To Have A Non-Tribal CM? 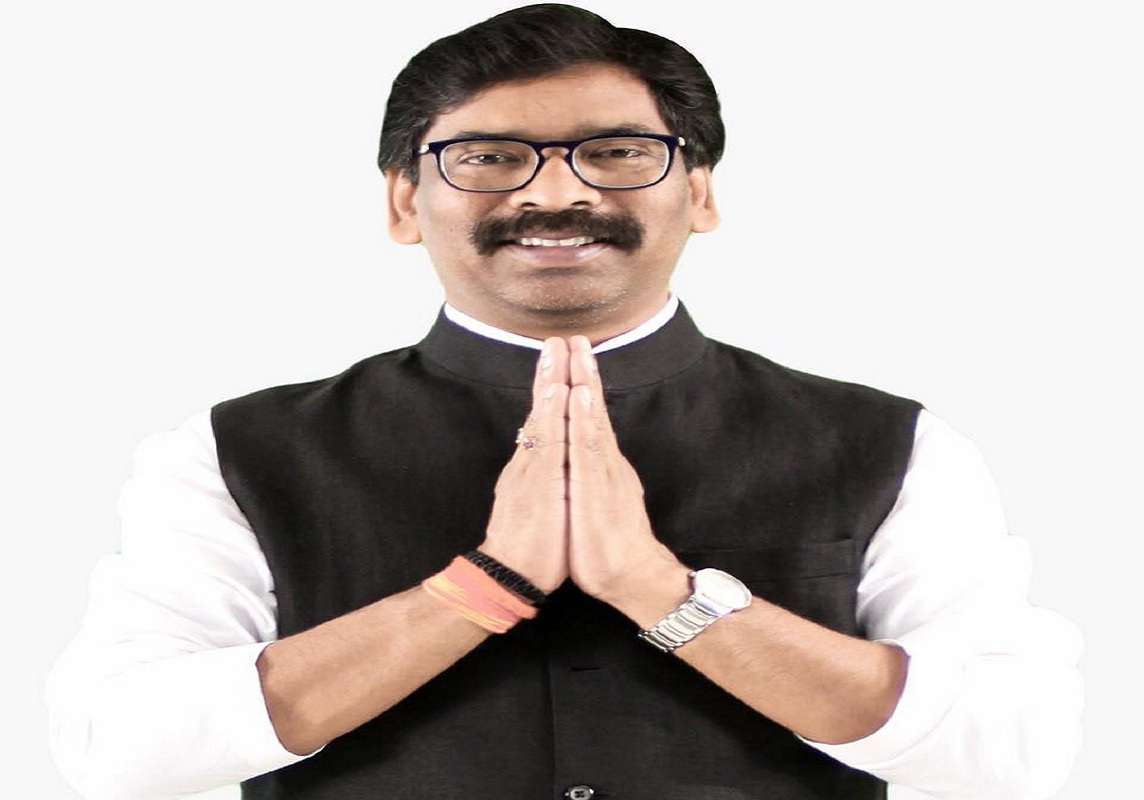 Jharkhand, a 20-year-old state established to alleviate the plight of marginalised tribes, is still without a tribal Chief Minister who will serve the full five-year term. The current Hemant Soren administration is nearing the end of its third year in office. The current coalition government of JMM-INC-RJD, however, is in the headlines due to the uncertainties that have followed one after another. In the recent instance, 42 MLAs from the current coalition government have arrived in Chhattisgarh. The political experts claim that the head of the government, Hemant Soren, keeping in mind the crisis looming on the government, directed the MLAs of the ruling party to Chhattisgarh.

BJP leader Babulal Marandi tweeted on sending 42 MLAs of Jharkhand to Chhattisgarh and questioned, ‘Chief Minister Hemant Soren Ji, what are you saying about your MLAs?

Babulal Marandi further said in a sarcastic tweet that “History is witness that when Raja-Rajwada was attacked, people used to fight by staying united in their fort.”

When Chhattisgarh Health Minister Tribhuvaneshwar Saran Singh Deo was asked – “What happened that Chhattisgarh is hosting the ruling MLAs of the neighbouring state of Jharkhand?”

Responding to this question, he said that “If people will not go to their homes, then where will they go? They will go where they feel secure, that’s why Chhattisgarh Congress is hosting MLAs of the Jharkhand government. In the present day, the methodology of toppling the ruling party in various states is very unfortunate, and BJP is utilizing this approach to form its government across the country, take the example of Maharastra. BJP is thus making the votes of the voters in vain by buying MLAs from other parties. During the Congress era, President’s rule was imposed in some cases, on which questions were also raised but Congress never liked to poach the MLAs and join its party. But this methodology of poaching MLAs started by the BJP is condemnable.”

To understand the indication made by Chhattisgarh’s Health Minister, connect the dots by looking closely at the various political incidents that occurred in Jharkhand.

In Jharkhand’s political corridors, the rumours of the toppling of the Hemant government have been heard intermittently since last year. But Chief Minister Hemant Soren’s ears perked up when on July 30, three Congress MLAs from his government Irfan Ansari, Rajesh Kashyap, and Naman Vixal Kongadi were caught in West Bengal with huge cash. Just the next day after this incident, another Congress MLA Kumar Jayamangal lodged an FIR against the above three MLAs. He alleged that there has been an attempt to topple the Hemant Soren government in Jharkhand. After this incident, CM Hemant acted promptly summoning all the MLAs of the ruling party on July 30.

On 9th August, amidst speculations, there was a political upheaval in Bihar instead of Jharkhand. Once again Nitish Kumar took the initiative to form a new government with the support of 164 MLAs from seven parties including RJD, and Congress. While there was speculation of Jharkhand falling prey to ‘Operation Lotus’, ‘Operation Lotus’ fell victim to the politics of Bihar. From here it seemed that now there will be stability in the politics of Jharkhand for a few days. But it didn’t happen, rather, while holding the ‘office of profit’,  Chief Minister Hemant Soren was accused of getting the lease of the mines in his name.

The Election Commission of India has sent its report to the Governor about the disqualification of Jharkhand Chief Minister Hemant Soren from the assembly membership. Soon it will be issued by the Governor. It is being told in the media report that Hemant Soren may lose his membership. In the stone mining lease case in Angada, Ranchi, BJP leaders had demanded the Governor cancel his assembly membership, alleging violation of the Representation of the People Act, 1951.

What is ‘Office of Profit’?

According to Article 102 (1) A of the Constitution, no MP or MLA can hold any office where the salary, allowances, or benefits directly or indirectly or in any other way are available. Section 9 (A) of the Representation of India Act, 1951 also prohibits MPs and MLAs from taking profit or other offices from any other item. Also, Article 192 (2) of the Constitution empowers the Governor to seek advice from the Election Commission in the matter of removal of a public representative. The Governor takes his decision under the advice of the Commission. Whereas there is a provision for termination of membership of Parliament or Legislative Assembly for violation of Sections 8A, 9, and 9A of the Representation of the People Act, 1951, or for adopting corrupt practices while holding an office of profit.

After the hearing in the Election Commission in the mining lease case involving Chief Minister Hemant Soren was completed, Jharkhand Governor Ramesh Bais flew to Delhi on Sunday for a three-day visit for personal reasons. The Election Commission, on the other hand, reserved its decision.

For this reason, on August 25, people’s eyes were fixed on the Raj Bhavan. The discussion escalated that as soon as the Governor reaches Jharkhand, he will take a decision in the matter of office of profit of Hemant Soren. On August 25, Jharkhand Governor Ramesh Bais reached Raj Bhavan from Delhi at around 2.15 pm. In the case of Hemant Soren, whether the Election Commission has sent its recommendation to the Governor or not, if it is sent, then what will the Governor decide on it? These questions remain a mystery even today on 1 September.

On the evening of August 25, discussions began that the membership of Chief Minister Hemant Soren would be cancelled. In this discussion, Hemant Soren questioned that “when the report of the Election Commission has been sent in a sealed envelope, how did the media come to know about it? Have BJP leaders and media people prepared that report?”

He said, “It seems that a BJP MP and media persons associated with him have drafted the report of the Election Commission. The BJP has misused and shamefully controlled constitutional institutions and government agencies. Never seen before in India’s democracy.”

After this, Hemant Soren raised the question in a tweet “You buy constitutional institutions but how will you be able to buy public support.”

However, on 26 February, Jharkhand Chief Minister Hemant Soren, in a tweet, alleged that agencies have been put after him to harass him for demanding Rs 1 lakh 36 thousand crore dues of the state from the Center.

Chief Minister Soren, on the other hand, claims that he applied for the alleged mining lease that the BJP is referring to many years ago. He was not holding any office of profit then. As a matter of fact, after former Chief Minister Raghubar Das raised the matter, Soren surrendered the mining lease and no mining has taken place on it. On this basis, Soren says that this is not a case of misuse of office of profit and his assembly membership cannot be cancelled.

Chief Minister Hemant Soren won Barhait and Dumka seats in the assembly elections held in the year 2019, later he resigned from the Dumka seat. Then his younger brother Basant Soren won the by-election in the Dumka seat against whom a case of Office of Profit is pending in the Election Commission. The BJP had alleged that Dumka’s sitting MLA Basant Soren had also violated the provisions of the Representation of the People Act, 1951.

In the time it takes to write these lines, a representative of UPA has gone to Raj Bhavan to meet the Governor of Jharkhand today. It is too early to say what decision will be taken there. But if Soren’s legislature goes, what will be the effect on the government?

JMM currently has 30 MLAs. On the other hand, Congress has 18 and RJD has 1 MLA, which are part of the government. For a majority in the assembly with a total of 81 members, 41 MLAs are needed. NDA has 28 MLAs. While the UPA currently has 49 MLAs.

Even if the legislature of both the brothers fails, the government will remain in the majority and Hemant Soren will remain the CM because he has two options. First, go to the Supreme Court against the decision of the Election Commission. Second, even if a by-election comes, he will still have six months’ time. Political experts are of the opinion that Barhait, from where Hemant is the sitting MLA, is a safe seat for him. It is not easy for the BJP to defeat him from that seat at the moment.

Even as these lines are written, Chief Minister Hemant Soren can resign today amid the ongoing political crisis in Jharkhand. He had called a cabinet meeting at 4 pm today. Hemant Soren will then stake claim to form the government again. For this, JMM representatives submitted a memorandum to the Governor.

Shahabuddin Yaqoob Quraishi; the 17th Chief Election Commissioner of India, said that “I do not know what the Election Commission of India has recommended to the Governor in the matter of ‘office of profit. But, if Hemant Soren is disqualified under the ‘office of profit’, there are options for him, he can come back after contesting elections in six months or put someone special on the throne, this has happened in Bihar because he has the majority.

Hemant Soren, in his tenure of two and a half years as Chief Minister, never looked aggressive towards Prime Minister Modi, but, after 18 days of World Tribal Day, he raised the question by tweeting aggressively, “It is our (tribals) misfortune that on the occasion of World Tribal Day, the Prime Minister and Tribal President of the country did not even consider it appropriate to give good wishes to the tribal society of the country. In their eyes, we are not tribals but forest dwellers.”