The murder of 24-year-old Harsha, a Bajrang Dal member, on Sunday night has unleashed a reign of terror in the city. Stone pelting, arson, and destruction of public property had gone on unabated over the last two days on the streets of Shivamogga. It all started when Harsha’s body was carried away in a procession by other members of the Bajrang Dal.

Six people have been detained in connection with the assassination of Harsha. In less than 24 hours, the police apprehended the suspects – Mohammad Qasif, Sayyed Nadeem, Asifullah Khan, Rihan Sharief, Nihan, and Abdul Afnan were the names given by the police. All hailing from the local district, four of them have had previous criminal accusations against them. The victim, Harsha, also had two cases against him, according to the police.

According to Shivamogga District Superintendent (SP) of Police BM Laxmi Prasad, four of them attacked Harsha with machetes and cutters, while the other two were accomplices. Harsha is also being investigated in two separate cases. “We had brought 12 people into jail for questioning, but because they had no ties to the current incident. They were released following interrogation,” said the SP.

Two of the arrested men, Mohammad Qasif and Sayyad Nadeem, have been remanded to judicial custody, while others are being investigated, the Superintendent of Police explained. He stated that further arrests will be made in this case.

In the meanwhile, political mudslinging is on the rise. KS Eshwarappa, the BJP leader, has been under attack for attributing the murder to ‘Muslim Goons’ even before they were arrested. Hindu firebrand leaders like Pramod Muthalik and Chakravarthy Sulibele have unleashed a tirade against the Muslim political parties and fringe outfits like SDPI, PFI and Campus Front of India, accusing them of targeting Hindu activists in the wake of the ongoing Hijab controversy. 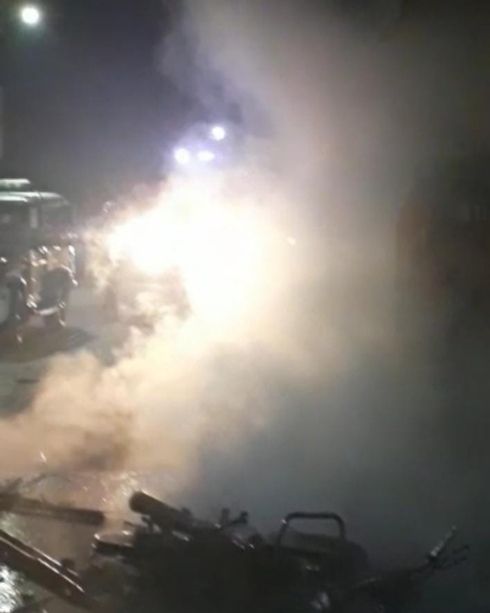 BJP leaders from Bengaluru, Mangaluru, Mysuru have rushed to Shivamogga to express solidarity with Harsha’s family, who was hacked down to death by six assailants on Sunday.  Congress party, however, has not ventured into emulating its saffron counterpart yet.

BJP MP Tejaswi Surya from Bengaluru South has warned the people who are abetting the murders of Hindu activists will be hunted down by the government and hung, “the government is run by BJP that has come to power on the strength of the Hindus and votes of the Hindus. At this juncture, we will not stop for anything to protect Hindus from these fiends who are killing our youths,” said Surya.

BJP leader Pratap Simha who spoke in Mysuru said, “Our government is in power in both state and in the centre, but still these people are getting so much courage to attack our workers, what is the secret behind it? We have investigated that they are backed by large anti-India funding agencies and are given training in disruptive activities by Islam.

Nine Hindu activists have been killed in the last four years from different parts of Karnataka state, every time we blamed the Congress party leaders, SDPI and PFI for those murders. But our own government even when we had a full majority, we in the BJP are still giving assurances to the family of the dead workers of the party but not doing anything to bring the perpetrators to book. These assurances mean nothing now. I appeal to the home minister, chief minister to take tough stands when disruptive elements will be put away forever.” 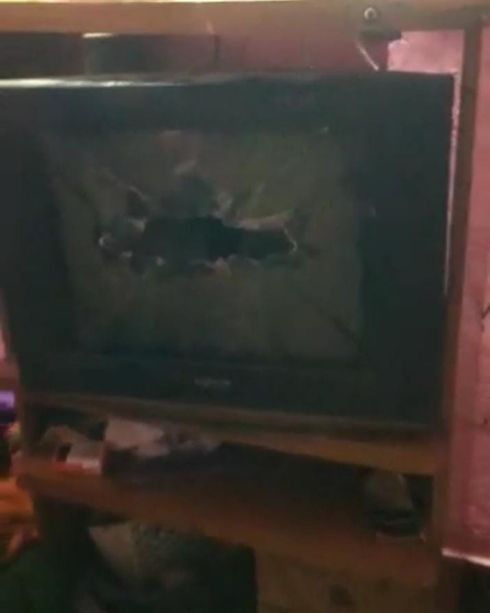 The Saffron party leaders have visited Shivamogga even when the police have advised them not to. While Congress has firmly backed those who suffered in the riots and has also criticised the government for alleged ‘arrests’ of innocent Muslim boys.

Over the last two days, 18 vehicles were destroyed and several buildings sustained damages because of heavy stone-pelting. In Shivamogga city, close to 2000 police personnel have been deployed including Additional Director General of Police (Law and order) S Murugan who has been camping there for the last three days.

Aryan Khan Cleared In Drug Case: Exclusive Interview With Mukul Rohatgi
What Did Sonu Sood Really Say to Mojo Story in the Video that Congress Edited and Put Up?