There was high drama at Kashmir Press Club (KPC) in Srinagar on Saturday after an interim body of three journalists took over from an elected body of KPC which had completed its term in July 2021.

“As the previous committee delayed the elections for unknown reasons the Club was headless, thereafter for around six months, putting the media fraternity in unwanted trouble,” a statement by the new body said. 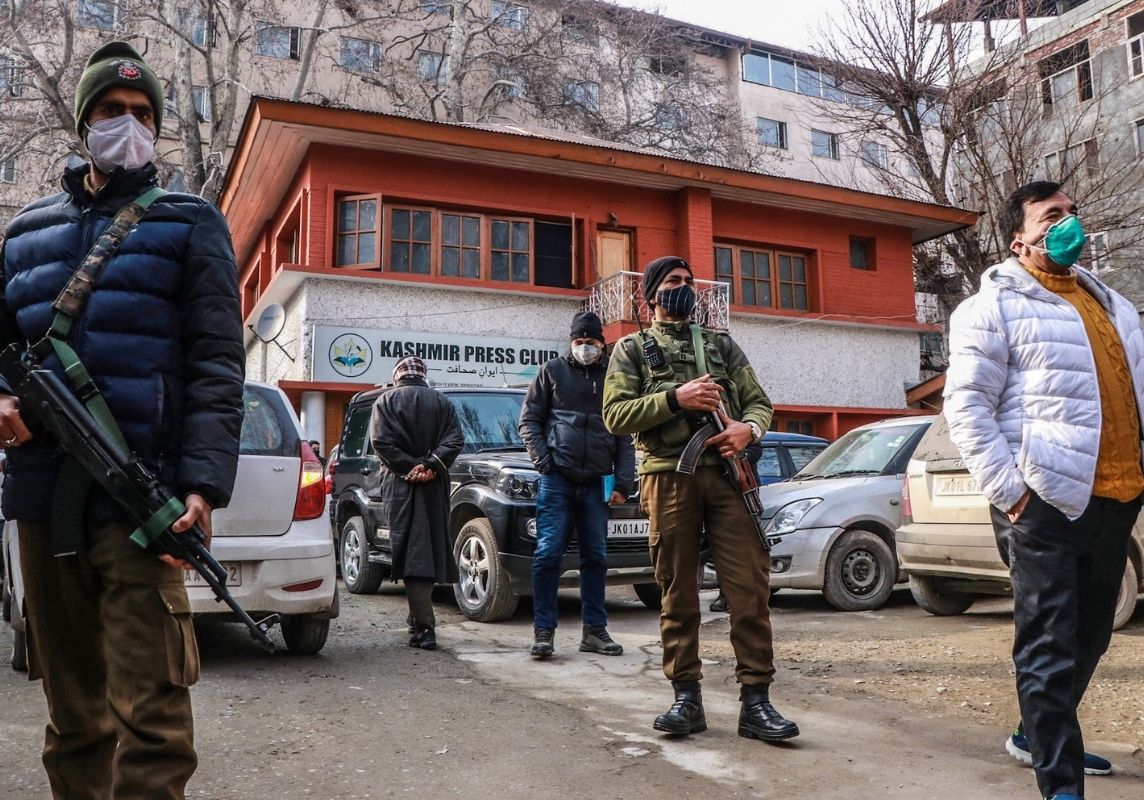 “Now therefore on January 15, 2022, various journalist organisations across Kashmir valley unanimously decided to form an interim body of three members with M Saleem Pandit as President, Zulfikar Majid, bureau chief of Deccan Herald as General Secretary and Arshid Rasool Editor Daily Gadiyal as Treasurer of the Club till elections are held in a free and fair manner.”

Condemning the move, a joint statement by nine Kashmir Journalist Associations over the KPC’s ‘forcible’ takeover said this was completely illegal.

“On 15 January, the day when the administration had declared a weekend lockdown in view of Covid surge, some journalists barged into the club office and forcibly took control of the club by keeping the office members hostage. A large number of police and paramilitary personnel were deployed beforehand for this highly condemnable and completely illegal move,” a joint statement by nine journalist bodies said.

“The administration, by allowing a few disgruntled elements to hoodwink the club constitution and flout all norms of law, has set a wrong and dangerous precedent.”

Pertinently, the Jammu and Kashmir Administration on Friday put in abeyance the registration of KPC as a society.

Earlier the administration had issued a re-registration of KPC but it was later withdrawn just a day after the KPC announced to hold elections of the Press Club on February 15.