Is The Last Bastion Of Pluralism Also Under Threat ? Read why this Military Man is worried

It was early in the millennium. I had just taken over as a warship’s Executive Officer (EXO) and second-in-command. The ship had recently come out of a gruelling refit in the previous commission. We had lost a sailor to disease compounded by working in almost subhuman conditions of a ship in refit. The ship’s company was tired; in a state of flux between refit and ‘fully ops’ where everything needs to be done “as of yesterday”. Before I proceed, I must give “full marks” to the previous commission that brought the ship out of docks and handed it to us on a platter. 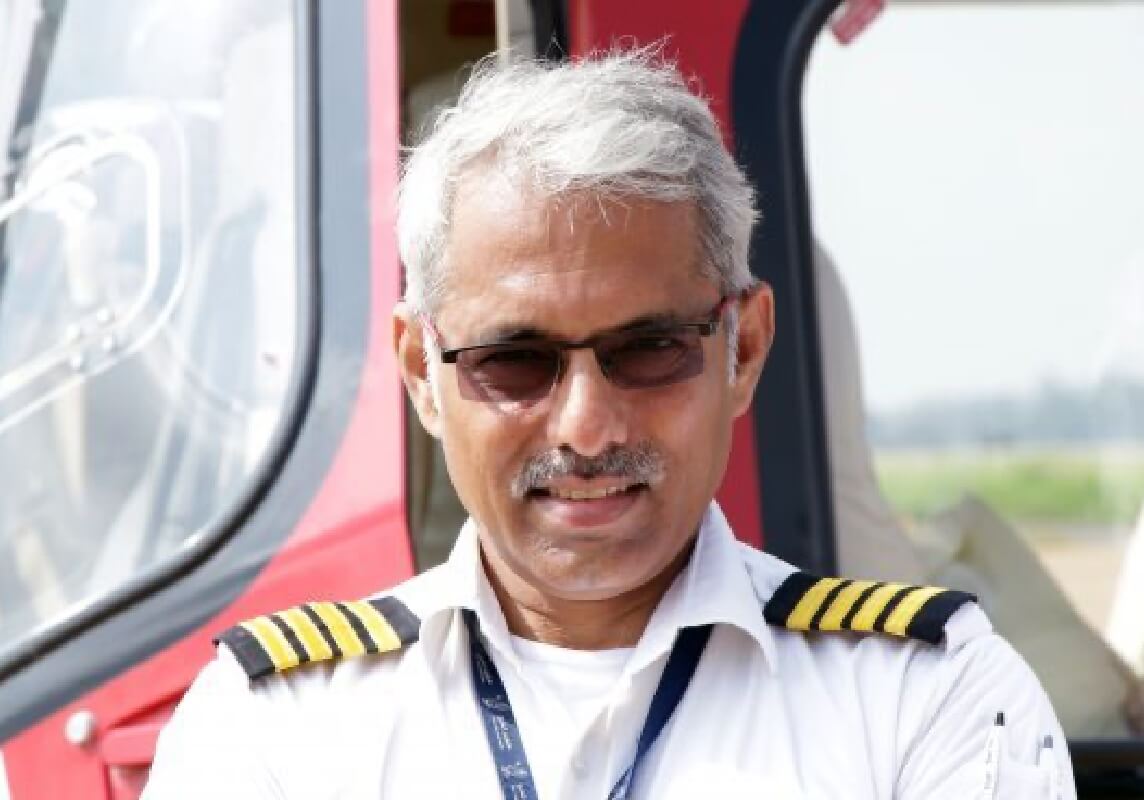 However, nothing seemed to go right in the days after I took over. Although a ship is put through a comprehensive ‘work-up’ after refit, it takes time for the crew, especially under a new command, to settle down.

At this juncture, the ship’s Master Chief Boatswain’s Mate (MCBM, equivalent of an army unit’s Subedar Major or SM) and departmental regulators (senior most sailors from each department) sought an urgent meeting with me. They proposed a Pooja or “Havan” to exorcise ‘bad energy’ and bring good luck to the ship.

“It’ll just be a short affair; the whole ship is FOR it; we will arrange everything”, they offered in earnest. This was at the cusp of India’s mobile revolution; certainly before camera phones, Facebook and WhatsApp entered our lives. I saw nothing wrong with the request. The nobility of their intent had absolutely no communal tint.

I gave it the necessary go ahead (in hindsight, I shouldn’t have, as per naval regulations). On the appointed day, lower decks were cleared. A Bhatt ji (Hindu priest or pujari) was ushered into the dockyard and the Havan conducted with great faith.

A thin flame leapt into the air and an arc of white smoke went up from the fo’c’sle, between surface-to-surface missile containers, as the Bhattji poured ghee into the havan, intoning Sanskrit shlokas, invoking lord’s blessings upon the ship. It never struck anyone odd that we had just conducted a religious ritual on a warship, right under the nose of fleet headquarters.

Havan done and dusted within the promulgated timeline, we got back to work with gusto. We went on to win a ‘Unit Citation’ and the coveted ‘most spirited ship’ award a year later. In hindsight, I see no reason to directly or indirectly attribute our modest successes to the Havan.Maybe a few inter-departmental sports fixtures could well have lifted morale and turned the tide.

This happened before the massive proliferation of mobile phones and social media that turns every event into a spectacle, good or bad, depending on how one would like to engineer it.

Today, of course, this would be unthinkable. A small clip of such an event recorded on a mobile camera with 4G data can be ‘made to go viral’, inflaming sentiments completely against any nobility of purpose behind the act. These are volatile times, especially after the ‘right wing versus left wing’ war of words turned utterly rancid. 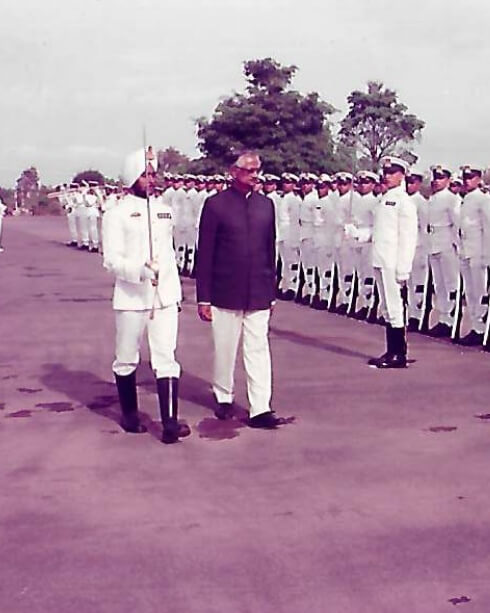 Another anecdote predating the above incident by a few years is in order. I was newly married. Both of us were visiting folks in Kerala. The auto driver whom we used to engage for our daily shuttles between home & in-laws’ place was of Muslim faith. Our friendship grew with his chatty nature and he soon extended us an invitation to visit his humble home for a meal.

For all our liberal upbringing and progressive fauji attitude, it was still slightly uncomfortable acquiescing to this request, even in a state like Kerala (dietary preferences, for instance, was an issue). In the event, we warmly accepted the invite and enjoyed a humble, most delightful round of biriyani under a thatched roof in rural Palakkad. We continue to celebrate all festivals with equal grace, devouring ‘sevaiyyan‘ prepared by our Muslim colleagues on Eid with the same gusto with which they distribute sweets during Diwali.

So, why are these anecdotes important?

Today we are seeing, like never before, a reorganization of people along caste and religion lines we never thought possible; aided and abetted by vested interests. Today, we’re on a slippery slope where a brand’s advertising caption (Jashn-e-Riwaaz) in festive season is enough to drive home the “us versus them” wedge.

Earlier, such topics were ‘non-issues. Today, the majority community is led to believe that we are under siege from the minority; that we would be ‘apologists’ or ‘sickular’ if we do not wear our religion on our sleeves. Today, the communal poison has seeped into even the most hallowed organisations, mainly through social media where ‘likes’ and ‘shares’ assume primacy over sense and sensibility.

Now, the armed forces were never organised or polarised along religious lines in a manner that vitiated harmony. They are the last bastion of true secularism in India — a nation where a complex web of race, caste and religion jostle for space, bringing to surface the most exotic, harmonious and secular tapestry one can ever see in the world. But I fear this may be under threat by a lethal dose of majoritarianism injected through toxic discourse on social media groups.

It usually starts with unverified videos and forwards churned out by fake factories and IT cells that abound in today’s cyberspace. Questions that prise open old wounds; cherry-picked anecdotes (minus the context) that pit one community against the other; video clips and deep fakes that agitate — basically a slow drip-feed of toxicity injected into every discussion, be it on a park bench, bar counter or a course WhatsApp group.

And then, an uncomfortable silence, some muted apologies, or worse, brazen indifference, follows. Friendships that survived years begin to fall apart as ideologies clash. People who never kept awake in high school history class start waxing eloquent on a ‘malicious’ history written by the victors. It was never this way a few years ago. I started noticing the slide sometime during the bitter general election campaign of 2014 that brought BJP & PM Narendra Modi to power with a thumping majority.

Bigotry and casteism is not unknown to India. But earlier, it was decidedly poor form or taboo, at least in educated circles, to speak ill of minorities or Dalits in open forum. We may have had our likes, dislikes, opinion and divergence on such topics. But the diverse, multi-ethnic, multicultural, secular idea of India prevailed above narrow, parochial views few of us may have harboured.

That fort seems to be facing a frontal assault from a million Trojan Horses that have galloped into the collective conscience of a nation known to be the melting pot of civilization. Today, it is not uncommon to find social media groups, even extended family WhatsApp groups, where idol worship of supreme leaders and their ideology paves the way for directing hate against other communities, fanning the flames of “us versus them”. Moderate groups also have the odd ‘bigot-in-residence’ who injects the weekly dose of communal venom.

Prising open old wounds without context does nobody any good. But the most lethal effect of such ‘directed-hate weapons’ would befall fauji groups comprising serving and veteran.

Serving personnel are not allowed to post on social media platforms such as Facebook, Instagram, etc, but WhatsApp is a common watering hole for both sides of the fence. While the pros & cons of the decision can be debated, air force & army barred serving personnel from being part of mixed WhatsApp groups for reasons not hard to estimate.

That leaves the most progressive service — Indian Navy — still fence-sitting on this sensitive precipice. Not surprisingly, the odd spark of bigotry continues to raise its ugly head with increasing frequency in such groups. 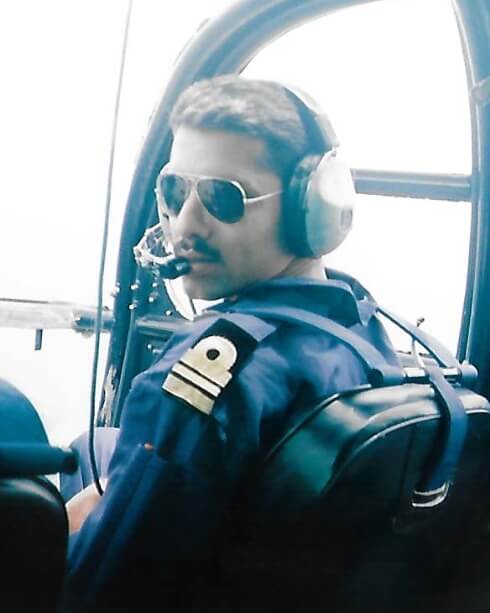 Dehumanising, polarising terms such as libtard, bhakt, librandu, AAPtard & many more unmentionables have started to find their way into the lexicon of members-only clubs where serving and retired come for their daily quota of light moments after a hard day. When serving personnel holding sensitive appointments take positions on communally-tinted topics, we are skating on thin ice.

A warship, squadron or platoon is the most perfect microcosm of communal harmony in India. The Sarv Dharm Sthal or Mandir Parade are not topics that can be discussed in the shallow depth of social media. But if we continue on this slippery slope, what’s stopping some brainwashed keyboard warrior from digging-up old graves & raising divisive queries?

In the armed forces, it is not enough to be secular; we should be seen as secular. These institutions have always been apolitical; they live and breathe secularism each and every day. The day we don the uniform, we give up some constitutional rights. Hiding a communal card below the epaulettes is one of them.

No personnel from ANY community, serving or retired, should be made to feel even remotely uncomfortable in any public or private conversation around religion. This high water mark has already been breached, in my personal experience. It is time to sit up and acknowledge the bad portents of this shift.

The 2024 general elections are round the corner. Preceding that are assembly elections in large states where, from all indications, the communal angle will be milch cow for political parties of all hues. Already, the politically surcharged environment has cast a long shadow on the idea of India. Let not the armed forces slide into that trap unwittingly.

We all know who the bigots amongst us are. Yet most of us are hesitant in calling them out. This is not likely to change in the present political climate, marked by an increasingly “yes man” syndrome. It is thus incumbent on the service to dissociate, through diktat, serving personnel from being part of groups where hate-peddling veterans propagate their insecurities or the agenda of political parties.

Prevaricate and we are guaranteed to win a race to the bottom.

Cdr KP Sanjeev Kumar is a former navy test pilot who calls himself “full-time aviator; part-time writer”. He blogs at www.kaypius.com and can be reached at realkaypius@gmail.com or on Twitter @realkaypius. Views expressed in this piece are personal.

The Kate Effect: Why 2022 Might Be The Year Of Transformation For The Duchess
India’s Small-sized Political Class