Ashleigh Barty & The Pursuit of Happiness

Ashleigh Barty’s retirement from tennis contains such a multitude of strands, that it’s impossible to package it into a somewhat orderly patchwork but more helpful to pick through individually. 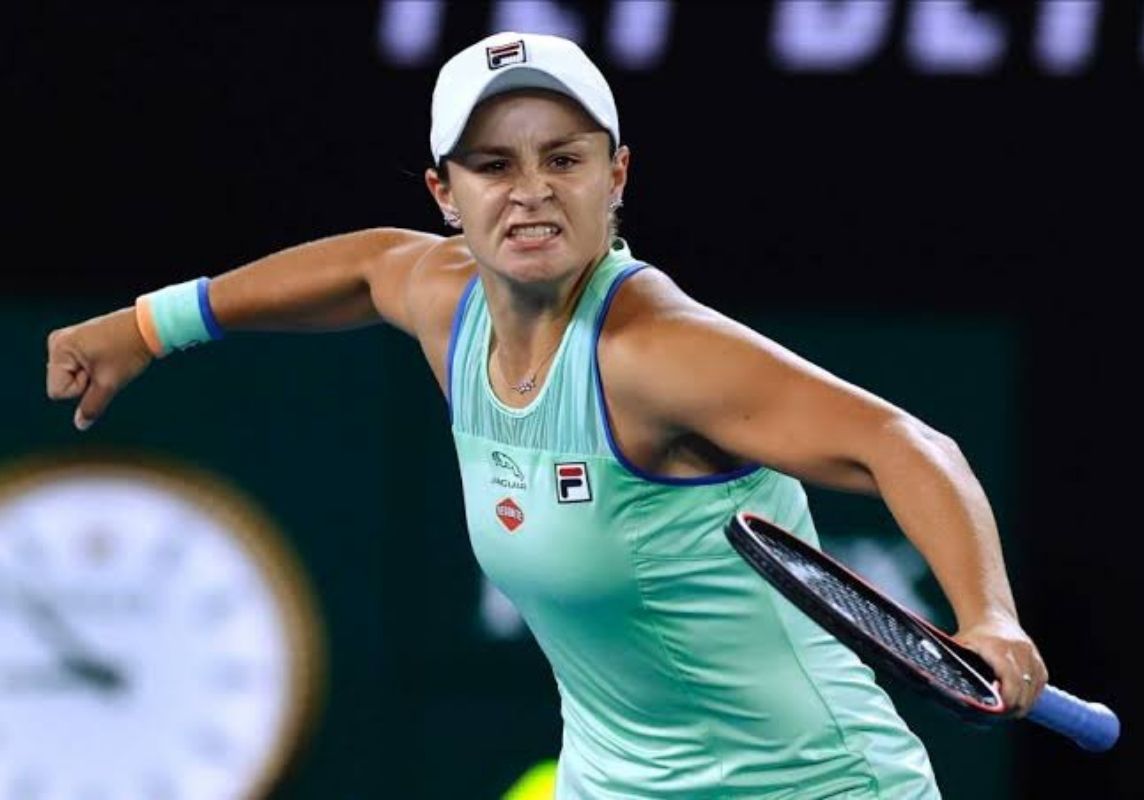 In tennis, Barty, 25, belongs to an uber elite group of contemporary Grand Slam champions on all three surfaces – hardcourt, clay, grass. After winning their first Grand Slam, it took Serena Williams three years, Rafael Nadal four, Roger Federer five and Novak Djokovic eight years to own a major on all surfaces. Between those four, that’s an average of 21 Slams each, and in comparison, Barty’s three Grand Slam titles are a mere handful.

For the record, her victories came in 2019 (Roland Garros), 2021 (Wimbledon, cancelled in 2020 due to Covid) and 2022 (Australian Open). But that is enough proof of a solid physical and technical base on which is built a versatile, all-round game, with legs, hands and racket skills in equal play. There is no predicting how many more titles she could have won.

Except that is not all that Barty is or wants to be known about. She has walked her own unpredictable path in elite sport, like few others around her. On roads less taken and which, to brazenly steal from Robert Frost, “has made all the difference” and taken us to this day and that decision.

In late 2014, at age 17, Barty stepped away from pro tennis for 16 months, because she wanted to “experience life as a normal teenage girl and have some normal experiences.” She turned to cricket, trained under Brisbane-based coach Andy Richards eventually turning out for the Brisbane Heat in the 2015-16 Women’s Big Bash League (WBBL) season.

In that, the first step off the pro-tennis treadmill, Barty and her team demonstrated a sharp awareness of the mental toll the Tour takes on its players.

Barty said, “I went from not being known anywhere in the world to winning junior Wimbledon and six months later playing the Australian Open. I was a victim of my own success, really.” What is revealing is what was seen as ‘success’ – Barty was a few months short of 18 and had not won a WTA singles title in her four years as a pro, never mind a Grand Slam. At the time she was ranked outside of the top 200, down from her career-high of 129 (Sept 2013).

Under a certain kind of pushy parents or demanding coaches who often pop up through tennis, Barty could have been carefully bullied to play more rather than less. And make hours of practice drills and numbers – ranking, titles, prize money – her only focus. Made her just another famous, overworked “trophy kid” – like Mary Pierce, Mirjana Lucic, Bernard Tomic, Jelena Dokic, Andre Agassi, Steffi Graf had been at various points in their careers.

Barty’s decision to then step away in 2014 was taken with mature introspection and as importantly, the support of her entourage. She said, “I love the sport of tennis, but I sort of got a little bit away from what I really wanted to do. It became robotic for me and that’s not what I wanted.”

“It’s such an amazing sport and I just really wanted to enjoy it and I lost that enjoyment and that passion… I think deep down I knew if I kept trying to drive on through it, it would drive me away completely. So, it was the right time to step away and just refresh.”

That refresh had her return with a rekindled love plus boundless energy for tennis. Between 2016 and 2022, Barty won three Slam titles and 12 tour titles from 21 finals, was the year-ending No.1 for three straight years and brought her country its first homegrown Australian Open singles winner in 44 years. She earned $10m in prize money alone in 2019, including $4.42m from the WTA finals in Shenzen, which became tennis’ biggest prize money pay cheque, for men or women.

Now at the peak of her powers and influence in Australia certainly, she’s stepped away saying among other things, that the push to achieve all she did in a narrow five-year window, has left her ‘spent’ both physically and emotionally. It’s the latter that is only now being recognised and given priority by sports professionals. Through the 90s and the first decade of the 21st century, ‘sports psychology’ had focussed on an athlete’s mental state through a performance-centred framework, rather than placing the idea of emotional well-being at the starting point of improved performance.

Only in the last decade have issues of mental health in sport been given priority and Barty’s career will now become an ideal case study in the importance of choosing “well-being” over “performance pressure.” It is hard not to compare Barty’s decision to step away from tennis with what her fellow contemporary Naomi Osaka is going through. Osaka’s interactions with fans, media and her sport itself are frequently fraught, she has taken repeated breaks from tennis, most recently after winning a round at the 2022 Australian Open.

Osaka has four Slam titles to Barty’s three, a far greater global public profile and has just been named the highest-earning female athlete in the world for the second-straight year; Forbes ranked her 2021 earnings as $57.3m ($2.3m on court, $55m off court) but Osaka has also confessed to suffering from anxiety and depression. When the news of Barty’s retirement broke through, one part of Osaka’s response was telling, “I kind of wanted to be more like her [this morning], and I wanted to feel how she probably feels now, that she left everything on the court and she has no regrets.”

Through one bold stroke of her unexpected decision, Barty righted what modern professional sport often ignores, shrinks or contorts: perspective. The combination of the professionalisation of sport, satellite television and social media has made everything around athletic excellence gargantuan. Sport today is the mega industry with megastars and mega earnings, plus an often over-inflated sense of its place and significance in our world, complete with bells, whistles and boxing commentary.

Barty has trimmed down her outstanding pro career so far to human scale, measured its pros and cons and decided, for the moment, she does not need more of it. She may return, she may take another sport or she may not, like her retirement, the choice will be hers. The less successful step away from their sport when it becomes unsustainable and unaffordable, but in our eyes, the ambition of the high achiever remains a forever unquenchable thirst. Everything is directed around that intangible we called their ‘legacy’ and what the best of the best do to enhance and protect it.

To Ashleigh Barty that mythic but compelling idea was best set aside against what was more important to her: life, contentment and the pursuit of happiness.

Why The Women’s T20 Challenge Remains Small Change
Rishi Sunak’s Wealth is a Double-edged Sword; the UK Chancellor Must Learn to Wield it Well