At a highway stop well before the Sekenani Main Gate which leads into Kenya’s Masai Mara National Game Reserve, came a sighting of what looked like the brazen honesty rarely found in election campaigns. The poster, featuring a beaming, middle-aged man, said: Ruto for President. Every Hustle Matters. 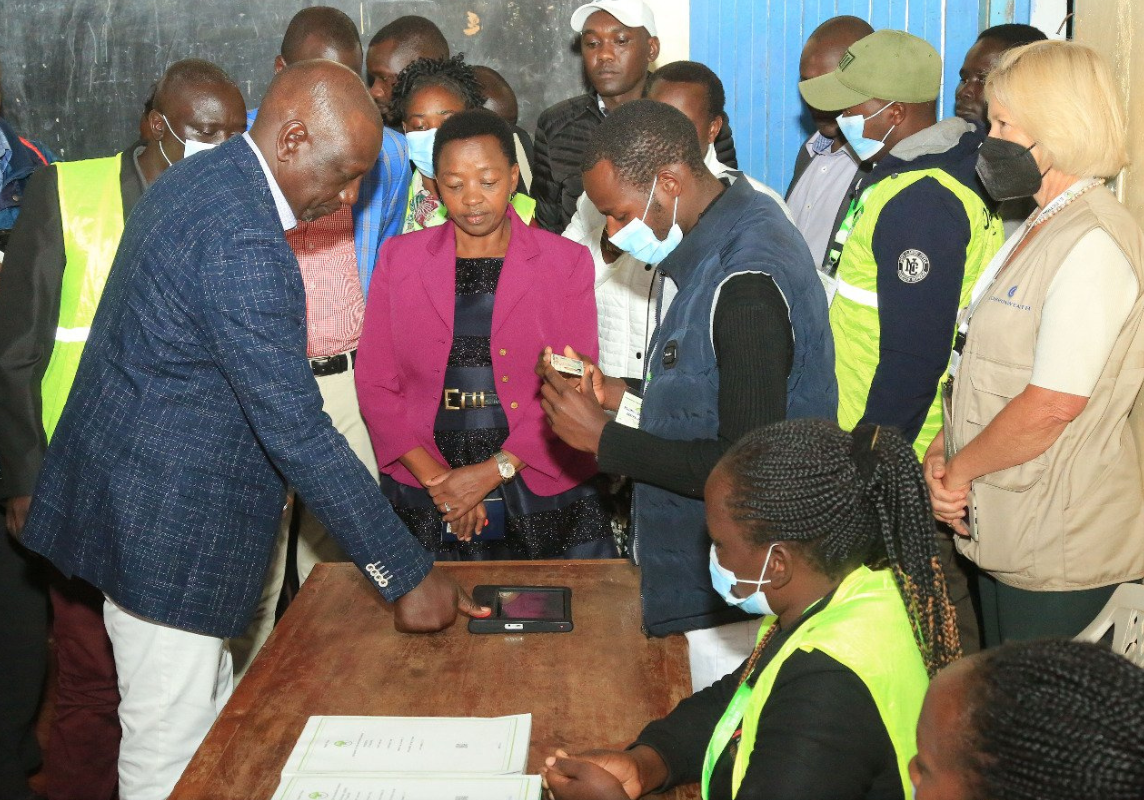 It was later discovered that in Kenya, “hustle” is not shorthand for swindling or underhand deals or even political jumlebaazi. Vice-president William Ruto’s presidential campaign was driven by the idea that Kenya needed to become a “hustler nation.” The word hustle in Kenyan political speak stands for the multiple individual enterprises/ initiatives that the wananchi (Swahili for the commoners/ public) throw themselves into to improve their economic conditions due to the scarcity of jobs in public or private sectors. Let’s say aatmanirbhar with zebra stripes.

It was a little over 24 hours in Kenya, and I was hooked to the story lines – of familiarity and singularity – spread across the country of 56m, from 42-plus tribes of varied culture, practice and languages. Over the next ten days, conversations with newspaper vendors, taxi drivers (of course), nurses, domestic helpers, guards, shop assistants, hotel staff told of Ruto, 55, risen from poverty, selling chickens by the road (hence hustle), taking this first shot at the highest office in Kenya. He was lining up against former Prime Minister Raila Odinga, 77 on his fifth stab at the presidency. It was the ole hardscrabble Hustler versus the Dynast but with so many twists that corkscrews could go dizzy.

Odinga’s father, Jaramogi was independent Kenya’s first vice-president to Jomo Kenyatta, founding father of the country, and biological father to its outgoing President Uhuru Kenyatta, now retiring. The Kenyattas and the Odingas, Kenya’s two leading political families, fell out after Jaramogi was sent to jail to 18 months for opposing Jomo’s policies which led to a bitter decades-long rivalry. Following 2017 post-election violence, Uhuru and Raila shook hands and called a truce. In March this year, US-election style, Uhuru endorsed Raila’s push for the presidency at a public meeting and his party joined the coalition headed by Raila. All this after Ruto, (PhD  in plant ecology) had been serving Uhuru’s deputy from 2013 onwards only to be told by his boss that his rival would make a better president. (Without Nitish Kumar to keep us on our toes, none of this would make sense. 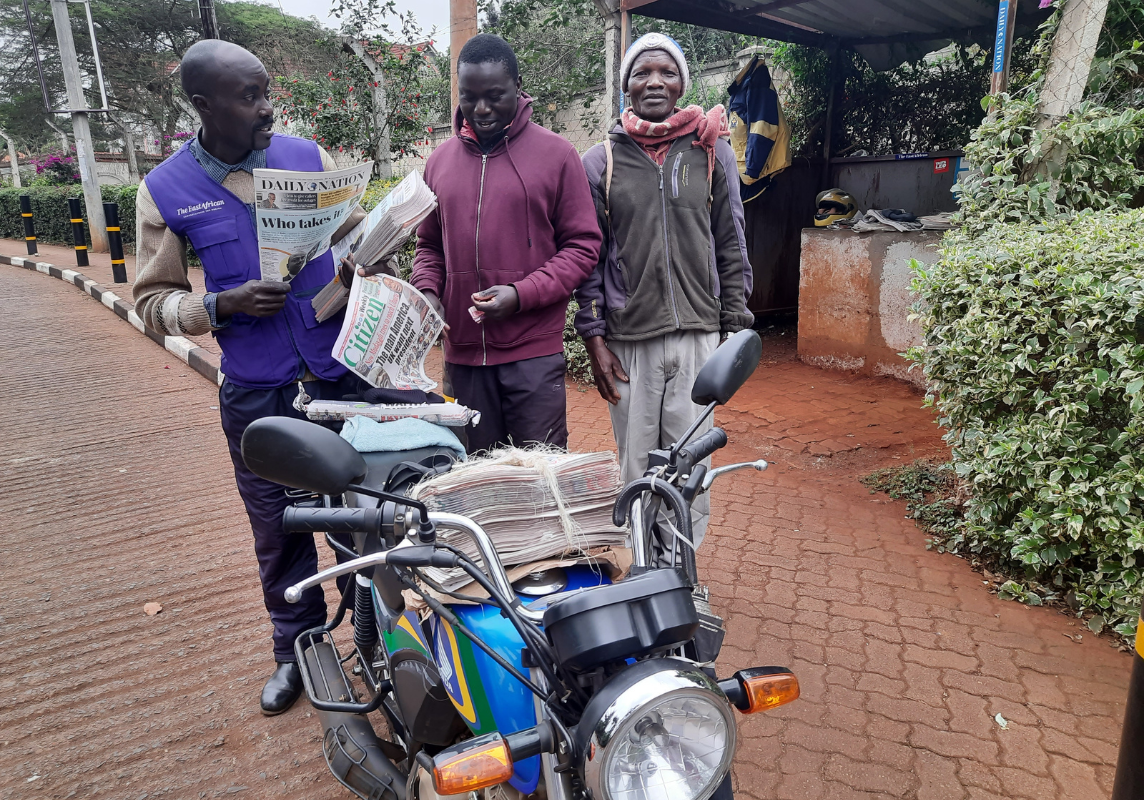 The other presidential candidates are George Wajackoyah, a lawyer and former Kenyan Special Branch officer whose manifesto, which includes, among other measures, legalising marijuana and harvesting hyena testicles for sale (yes). And David Waihiga, a lawyer plus an ordained minister. According to Peter, gardener, groundskeeper, handyman and manifold multi-tasker, Wajackoyah is nothing but a “project of Uhuru”, the project being vote-splitting to confuse the Undecideds.

Counted among Uhuru’s achievements are a 247% growth of bank accounts and many dozen infrastructure projects, but uncomfortable truths remain – youth unemployment and rising costs. A major economic indicator in Kenya is the cost of unga or corn meal, the essential grain beloved to all Kenyans. It’s gone from 130 Kenyan Shillings (KES) -Rs87 from pre-Uhuru days to 250 KES (Rs 166) for a 2kg bag, Peter says, “more expensive than petrol.” A 50kg bag of fertiliser, has increased three times – from 1000 (approx. Rs 670) to 3000 KES (approx. Rs 2000) during the Uhuru presidency.

Newspaper vendor Martin won’t buy Ruto’s hustler narrative saying, “age is just a number and don’t tell me every one with a fleet of cars is not a hustler too.” This is hustler like we know it. According to the Daily Nation, Ruto owns 18250acres of land, with business interests in chicken farming, hospitality, oil and gas and aviation. The news is thick with Uhuru rapidly introducing social welfare projects and inaugurating expressways, Ruto’s chickens being under round the clock state security, and gossip mills featuring tales of a candidate breeding dogs and snakes for export to China. As social media churned out fake news, the media was asked, “to stop treading water and reclaim its voice.” When news coverage showed ten thousands at rallies, gathering around motorcades of leading candidates, the first thought was a desi TV trope: Jansailaab.

By Tuesday night, Kenya’s Independent Electoral and Boundaries Commission had the voter count at 14 million, 64.6% of its 22m voters. Like elsewhere, people are willing to travel back to their villages in case their vote is registered there, the waiting time in line fluctuating between two to four hours. “It’s okay,” says Fred, who works in the National Museum, “it’s just once in a few years, we can wait in line, but we won’t waste our vote.” Kenyans over 18 are eligible to vote, use ballot paper, but first confirm their identity through handprint biometrics, against the national identity cards uploaded in the system.

For the current election, registered voters received six coloured ballot papers for the post of president (white), member of national assembly (green), member of county assembly (beige), senators (yellow), governors (blue) and county woman members of the national assembly (purple). Ballot papers were dropped into boxes with matching-coloured lids in giant plastic boxes. While every party has their symbols – a wheelbarrow, a raging buffalo, a hard hat, an orange among others – this is a literate electorate capable of dealing with six ballot papers and a profusion of candidates all at once. According to World Bank’s 2018 figures, Kenya’s adult literacy (15 and above) stands as 81.5%.

As this is being written, half of the votes have been counted, Odinga also called Baba (father) is leading by a very narrow margin. He has promised a monthly stipend of KES6000 (just under Rs 4000) to every family without a proper job. Some results, like from Kimilili who have voted in as MP, a gent on run from the police. Happens. Pointing to two rival billboards, a columnist noted the irony: one said “freedom is coming”, the other, “freedom is here.” For wananchi everywhere, if only either were true.

Vidhi Writes: Inside the Constitutional Reality of Centrally Sponsored Schemes in India
Virat Kohli Puts his Career on the Line. What is Next For the Former Indian Skipper?